How to save a girdled tree 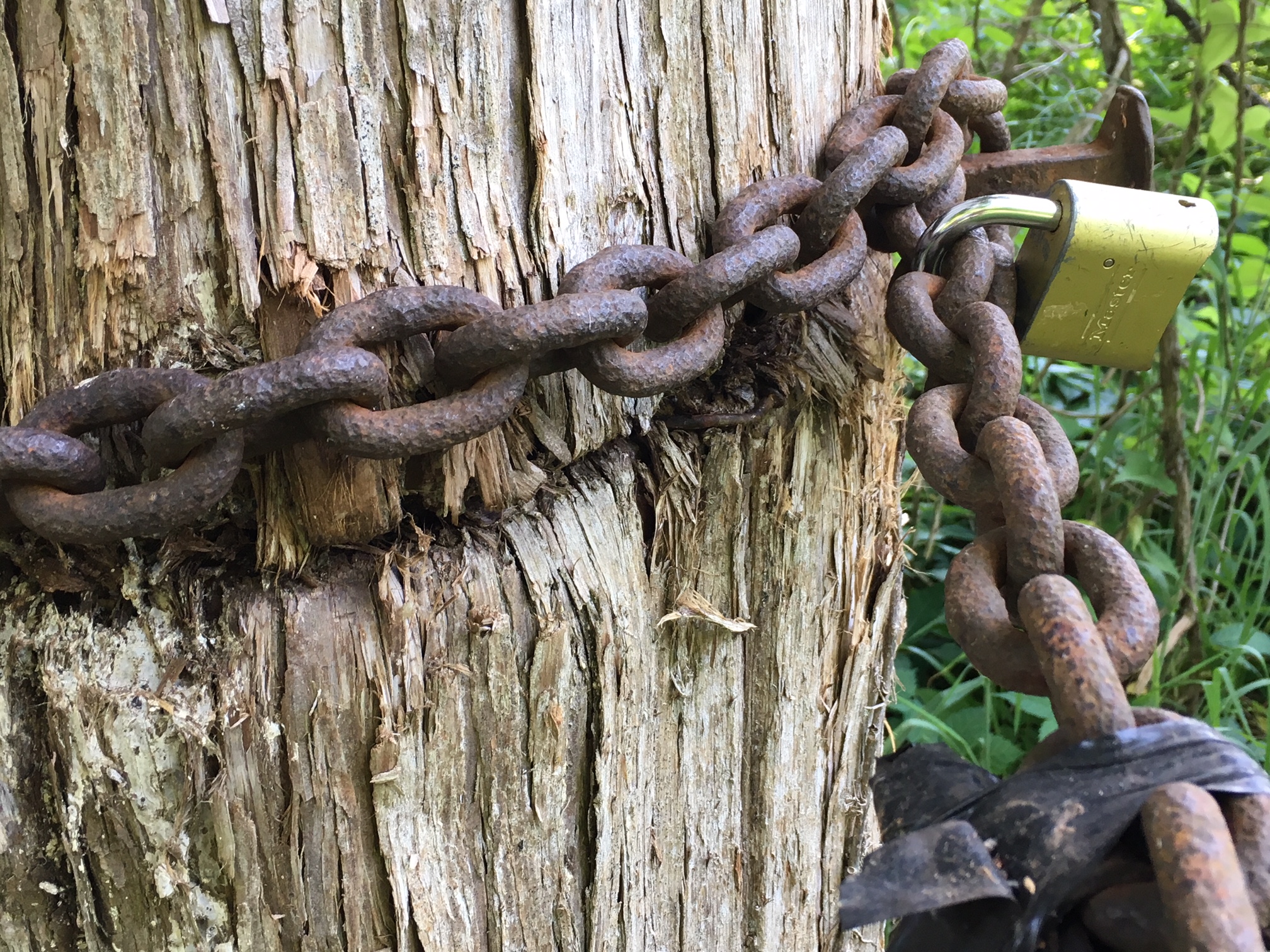 I saw it coming. I knew the tree was going to die, sooner rather than later, but I didn’t do anything to save it. Every time I saw the cable wrapped around that oak, I’d throw up my hands and think, “Too late now!” (A phrase made famous in our family by my husband’s father, which I jokingly attribute to his Sicilian fatalism.) For years, the oak has anchored one end of a cable we’d strung to serve as a gate. As the trunk expanded, it bulged around the cable. The oak had slowly succumbed to strangulation. Last spring, it didn’t leaf out. Now, poison ivy creeps up the trunk, hiding my shame.

To appreciate the damage wrought by a tight constriction, it helps to understand a tree’s vascular system. The outer bark protects the tree from external stressors such as predators and fire. Underneath, there’s a layer called the inner bark or phloem. Here, sap flows down from the leaves, supplying the branches, trunk and roots with sugars and nutrients. Next comes the microscopic cambium, a thin layer of growth cells. Deeper into the trunk is a layer known as sapwood or xylem, which houses the thick-walled cells that transport water and minerals up from the roots. At its center, a tree is composed of dead heartwood.

A tight cable eventually cuts off the flow of water and nutrients. The tree’s very growth leads to its demise. It’s a slow decline. A tree’s canopy might thin out over the course of several years. A diminishing supply of water and nutrients mean the tree is unable to produce as many leaves. This becomes a death spiral as the tree becomes increasingly unable to supply nutrients to the roots.

A tree can usually survive if less than half its circumference is girdled. Even so, the area with the embedded material is weak and susceptible to breaking. The trunk can snap during an ice or wind event.

The other end of our cable is attached to a cedar. Fortunately, it hadn’t embedded yet. We loosened it and moved it a little lower, buying us a little more time. We really need to get organized and update our method of attachment. Now, when we put up a gate and it isn’t feasible to set a post, we bore a hole through the trunk and fasten the cable with a bolt. It sounds terribly invasive, but it’s easier for a tree to heal around a single point. This approach can be used for semi-permanent structures such as deer stands, tree houses, zip lines, hammocks and gates.

Problems can also arise when temporary structures such as Slacker lines and supports aren’t removed in a timely manner. Newly planted trees generally need to be staked for no more than a year. A little movement actually promotes root growth.

On occasion, a tree can be girdled if it hasn’t been properly sited. I recently ran across a truly bizarre example in my neighborhood. A crape myrtle in the planting strip grew around an electrical guy-wire and then a willow oak grew around them both. At some point, the crape myrtle had been cut, leaving stumps of mottled bark sticking out of the willow oak’s trunk. The guy-wire pierces both. Near the end that’s anchored in the ground, the crape myrtle’s bark protrudes around it like a pouty lip. The wire emerges, perfectly centered, farther up the willow oak’s trunk. This situation didn’t end well for the crape myrtle, and it doesn’t bode well for the oak.

Bridge grafting is an excruciating, last-ditch approach to save a girdled tree. First, the constricted section of bark is cut away. Strips of wood are taken from a branch and cut to lengths slightly longer than the gap. These strips are then inserted under each edge of the healthy bark, theoretically reestablishing the flow of nutrients and water. Think of it as bypass surgery for a tree. It doesn’t always work, and it certainly isn’t attractive. The best course of action is to follow some wise advice – an ounce of prevention is worth a pound of cure.