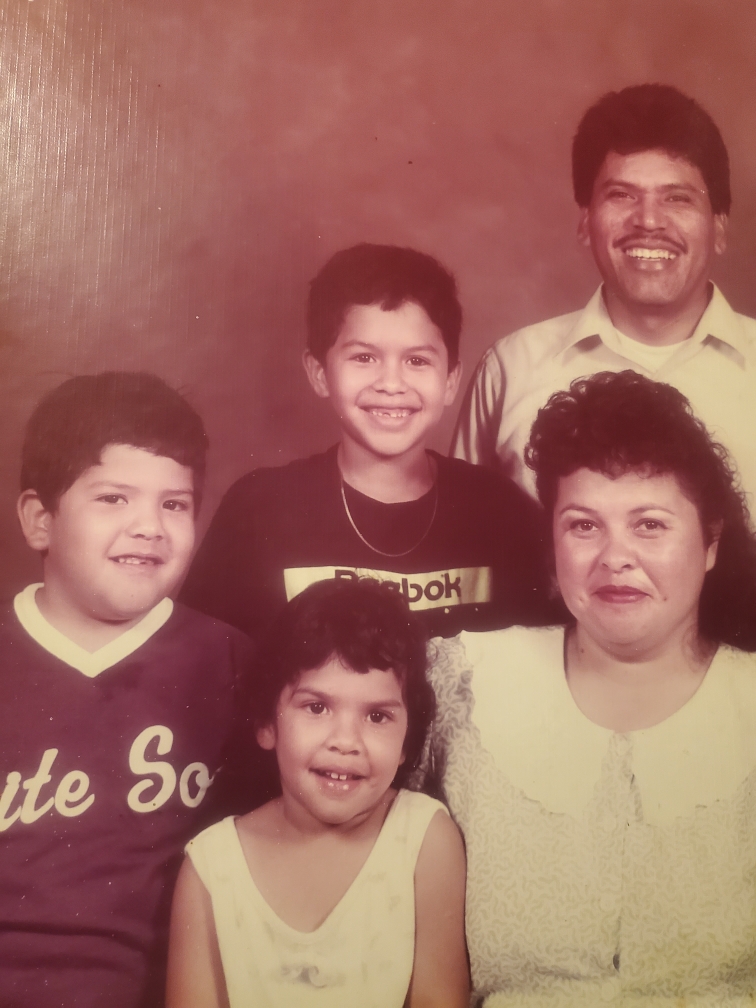 Education is often seen as the ticket out of a rural area. But the Robledo family has sought higher education – often in urban areas – to provide them with job opportunities so they can make their home in the Uwharries.

In the early 1990s, Irma and Ernesto Robledo lived in San Antonio while he attended the Hispanic Baptist Theological Seminary. On weekends, they ministered at Pueblo de Dios in Cotulla, a small town south of the city. When he graduated in 1993, they were looking for a rural area to start a ministry and raise their three children. A friend in the Asheville area urged them to consider Montgomery County, where there weren’t enough ministers to reach the burgeoning Hispanic population in their native language.

They had no friends or family in the Candor area. “As a matter of fact, we didn’t even have the address to the church,” Irma said. “We made the trek by faith and a road map.”

The Robledo children attended public schools. Since graduating from East Montgomery, all three have earned advanced degrees and work locally in public education. Iris is an ESL teacher at Green Ridge Elementary and East Middle School. Enoc, a former teacher, is now the principal at Candor Elementary – the first Hispanic principal in the county. Isai serves as director of Educational Partnerships and Initiatives at Randolph Community College while working toward his doctorate. His wife, Carrie, was recently named teacher of the year in Moore County.

Isai credits his parents with this passion for education. Irma and Ernesto were born to migrant farm workers in McAllen, Texas. They’d leave after Memorial Day, following the harvest through the Midwest, then return after Labor Day.

“They didn’t want us caught up in that cycle,” he said.

After the family got settled in Candor, Ernesto continued to pursue his education. In addition to his secular jobs and ministry, he studied part-time for 20 years, culminating in his Doctor of Ministry in Pastoral Care and Counseling from Gardner-Webb in 2014. He appreciates that his job is very different from the work he and his parents did in the fields of south Texas.

Irma worked at the health department in Troy for 15 years and has been an administrative assistant with the county school system since 2015. “I have had to juggle work and family for so long and have not been able to finish my degree,” she said. But she plans to return to Montgomery Community College in the near future to meet the last few requirements for a degree in Early Childhood Education.

In addition to having a family that valued education, the Robledo children found support at school. The guidance counselor at East Montgomery signed Isai up for a weekend program at UNC Chapel Hill. He considered going into the military to pay for his education, but his English teacher, Ms. Pratt, helped him apply for financial aid. “She felt I belonged in a college classroom.”

Isai and Carrie live in her hometown of Star, not far from Candor. “In an ideal world, we might like to be near the beach,” Isai said, but they both place a stronger value on being near family. And Star is about halfway between his job in Asheboro and hers in Robbins. Education is priceless, but for the Robledo family, it has also been a way to transfer urban capital to a rural area.

“So often, young people get the message they have to leave to succeed,” Isai said. “That’s not really true, other than going to college.”