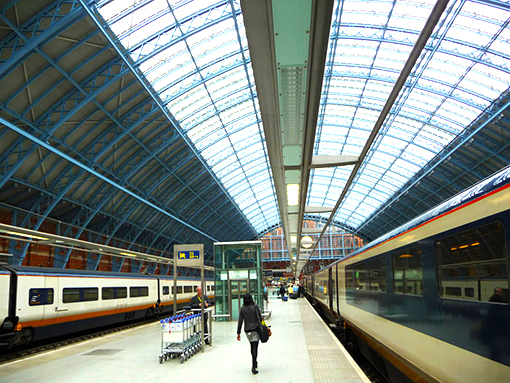 I'm writing this essay because I'm worried. I've grown attached to America in the 27 years I've lived and worked here but I'm forced to look elsewhere for useful examples of government action, corporate innovation and citizen activism to meet the fast approaching crises of climate change, future declining oil supplies and sustainable energy production. At this crucial time I look back to  "old" Europe, where lie many of my residual loyalties and professional foundations, or to new global leaders such as China. It's in those countries where most innovation is taking place.

Frankly, I'm worried too many people in Charlotte, this region and the nation fail to realize the severity of the threats that face us. Nor do they seem to support major investments in the kinds of infrastructure that will allow us to meet these combined challenges that loom on the horizon. More than indifference, there's denial about the problems, and a marked hostility to the government actions and public expenditures necessary to transform American cities like Charlotte into efficient global players by mid-century.

As a result, American cities are slipping behind their competitors in other countries: It's a well-worn narrative, almost a cliché, that European nations have better infrastructure than America. Why is that? Why is a second tier nation like Portugal leading the world in reducing its dependence of fossil fuels and this year generating 45% of its energy from renewable resources and not America? Why is its Iberian neighbor, Spain, creating advanced systems of high-speed rail that Americans can only dream about? 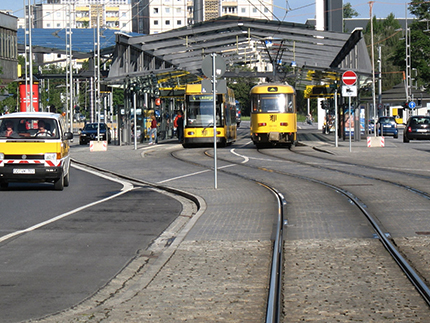 Even while beset by financial problems of the global recession, Spain is on track to bypass France and Japan to have the world's biggest network of ultrafast trains by the end of next year, according to figures from the International Union of Railways and the Spanish government. The growth of the Alta Velocidad Española, or AVE, high-speed rail network is the result of a $130 billion system of bullet trains designed to traverse the countryside at up to 218 miles an hour. By contrast, the U.S. Congress recently passed an appropriations bill that called only  for $8 billion to be invested in limited high speed rail corridors that envisaged much lower top speeds of between 90 and 150 miles per hour.

Why are American proposals so far behind? It's partly because the harsh partisan nature of American politics today prevents quick, decisive action on any subject, even when the need is urgent; and partly because politicians sense their constituents often deride such energy and transportation projects. For example, informal surveys in the Charlotte Business Journal, reveal that although a majority of respondents like the idea of faster train connections between Charlotte and Raleigh in principle, many refuse to take them seriously, not wanting to pay for them, and pointing out (not unreasonably) that intercity high-speed rail doesn't make much sense without integrated public transit options at both ends of the journey.

When the debate switches from inter-city rail to this necessary local network of transit, the public commentary gets very negative. In a similar survey, Charlotte Business Journal respondents voted heavily against accepting $25 million in Federal funds to construct the first phase of the proposed streetcar line, a link that would facilitate connectivity between the proposed high-speed and commuter rail station at Graham and West Trade Streets to the light rail line and bus station on East Trade. Some sample comments included:

"Ridiculous waste of money . . . Everyone (sic) council member that voted yes on this project should (sic) removed from office."

"A cheaper alternative would be chauffered (sic) limos instead of public transit. It's just another waste of our tax dollars."

"This city and county are . . . run by . . . petty potentates and idealogues (sic) with lousy ideas! They have no concept of fiscal responsibility . . ."

"When will the voters of Charlotte realize that this is what liberals do?"

"Any one of our rulers who voted for this outrage should be tied up and thrown across the tracks." 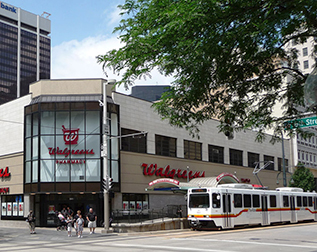 In the context of such antagonistic public opinion, played out with a sometimes-aggressive edge in other local media, any sort of transatlantic comparison that suggests learning from Europe irritates many Americans. How can a bunch of smallish, "socialist" democracies have higher standards than the USA, with its firm belief in capitalism and personal freedom? But this kind of suspicious attitude towards European innovation can only fetter American ingenuity. It's an ideologically-driven nativism of the worst sort, and there's depressing evidence that it's prevalent amongst conservative opinion -- especially in Washington. Such thinking was firmly on display during the Senate confirmation hearings for Supreme Court Justice Elena Kagan, who was criticized by Republicans for being willing to consider judicial lessons that could be learned from the laws of other nations. Senator Jon Kyl, (R) Arizona, was quoted in the New York Times (Aug. 3, 2010) as saying “I’m troubled by it . . . because it suggests you could turn to foreign laws to get good ideas.”

If there's one thing we can be sure of, it's that we need good ideas to revive America's decaying and underfunded energy and transportation infrastructure; why on earth would we not seek out good ideas, wherever they can be found? The future prosperity of this country depends in large measure upon innovative programs of transportation, sustainable energy and urban development that can return this nation to a position of global leadership.

To help in this quest, in the next essay I'll be seeking deeper reasons for our national rejection of infrastructure investment, with the help of such disparate companions as Alexis de Tocqueville and David Einhorn, a leading hedge fund manager. Only if we understand the complexity of our problems we can start investigating opportunities to get us back on track!