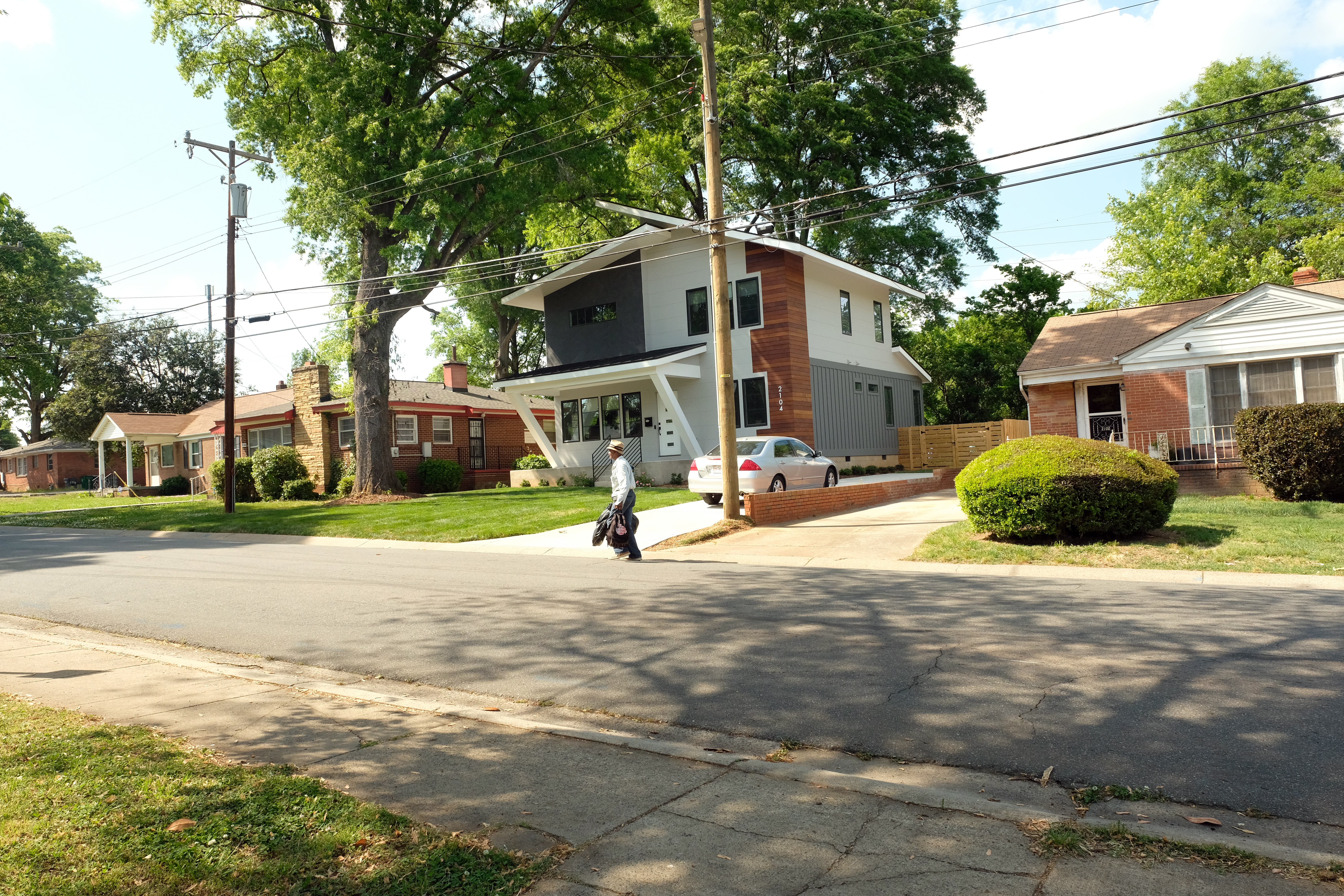 Some of the key characteristics associated with neighborhoods that have gentrified or are in the process of undergoing gentrification have been high levels of renovations, foreclosures, proximity to light rail (although research has not found such evidence in Charlotte), proximity to central city (Uptown), changes in rent and changes in demographics, as highly educated, upper-income and mostly white resident move into a neighborhood. After the global pandemic, cities and neighborhoods may be more vulnerable to displacement and evictions  as a result of the financial crisis that disproportionately affected lower-income workers and communities of color.

The Urban Displacement Project (UDP) is an initiative from UC Berkeley which undertakes data-driven and applied research aimed at promoting inclusive and equitable cities. As the pandemic ebbed, researchers  mapped neighborhoods, including in Charlotte, which are more likely to experience urban displacement and eviction. They used a risk model called housing precarity risk, which focuses on the impact of mass unemployment rates as a result of COVID-19 and how this mass unemployment has made certain pre-COVID-19 vulnerable neighborhoods even more vulnerable to displacement.

As the national moratorium on evictions comes to an end, residents in these neighborhoods are more likely to be subjected to evictions, and thus displacement, unless local intervention is undertaken. Using the housing precarity risk model, the UDP team ranked multiple metro areas across the US. A higher rank means metro areas have more households who are vulnerable, according to their combined displacement, eviction, and unemployment scores. The three metro areas with high precarity scores were Las Vegas-Henderson-Paradise, Memphis, and Cleveland-Elyria. Out of 53 metro areas, Charlotte-Concord-Gastonia ranked 30th, showing that the metro area as a whole is relatively better off compared to many peer areas.

Screenshot via the Urban Displacement Project.

The city of Charlotte has taken its own steps to understand and begin to address this problem. Combining indicators such as poverty, sales price change, race and ethnicity, poverty, and building permit activity, the city has launched its own Displacement Risk Dashboard.

Many of the neighborhoods identified as being at the highest risk for displacement are consistent with the neighborhoods identified by the UDP, such as Lockwood, Druid Hills and Ashley Park. This dashboard seeks to serve as a basis for policy decision-making by the City Council, which recently approved a new 2040 vision plan meant to create more equitable growth and address the effects of racism and segregation.

The city of Charlotte’s displacement dashboard, together with the UDP team housing precarity and displacement mapping has highlighted neighborhoods that need immediate attention as they are at a very high-risk post-COVID-19.