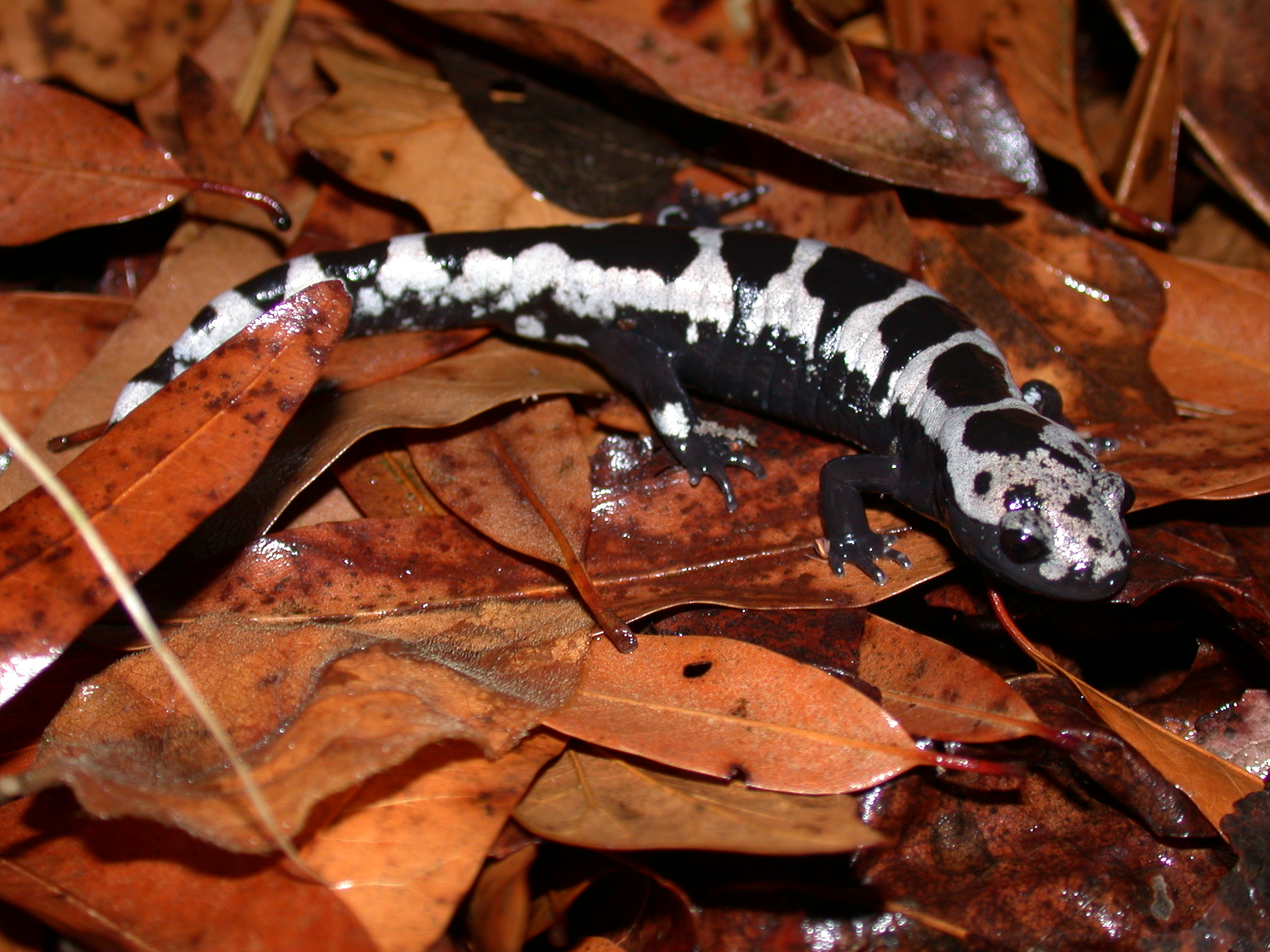 During our recent hike in the Birkheads, I noticed more than ever one of the most significant aspects of being in the woods this time of year – and that is just how quiet it is. Other than the occasional loud sounds of crunching leaves under our feet, most of the normal sounds of the forest are very subdued this time of year. Not many birds chirping or frogs calling, as much wildlife is gearing down for the colder weather approaching. However, there is one species that is actually more active this time of year, although it won’t be adding much to the voice of the forest, as it is a rather small, secretive, and quiet creature – the marbled salamander (Ambystoma opacum).

They spend a lot of their life underground, but this time of year they are breeding and so you are likely to find them around small ephemeral ponds or wetlands, which are necessary habitat for breeding sites. They may even be out and about, particularly at night or when it’s rainy. They are typically found in deciduous mixed hardwood forests, particularly oak and hickory forests, and you’ll usually find them under logs or in burrows where it is cool and moist. 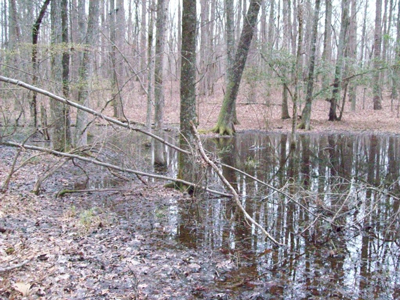 Unlike many other salamanders, marbled salamander courtship is terrestrial. Females lay their eggs under logs or other surface materials like bark or stones, and the eggs may hatch in the fall, winter, or wait until spring, depending on when rain fills the wetlands. The female marbled salamander stays and guards her eggs. They can be one of the first salamanders to hatch during the breeding season, sometimes giving them a size advantage over the juveniles of other species such as spotted salamanders. Marbled salamanders may live to be up to 8 to 10 years old.

Preserving ephemeral pools and adjacent upland habitat is key to ensuring the survival of this species, and many other salamanders and other amphibian species in our region. As small sites usually less than an acre, which only hold water in the rainy season, they are easy to miss. The fact that they don’t have water year round makes them needed habitat for these amphibians, as there are not any fish in these wetlands to eat their eggs and larvae. Sphagnum moss can be seen in these areas even when the water is gone, though, to help identify them. Preserving the hydrology by not ditching or draining these areas is essential, but maintaining the habitat adjacent in the uplands and avoiding polluting them with pesticides or run-off is important as well. In that way, we can help these very sensitive species remain around for generations to come.