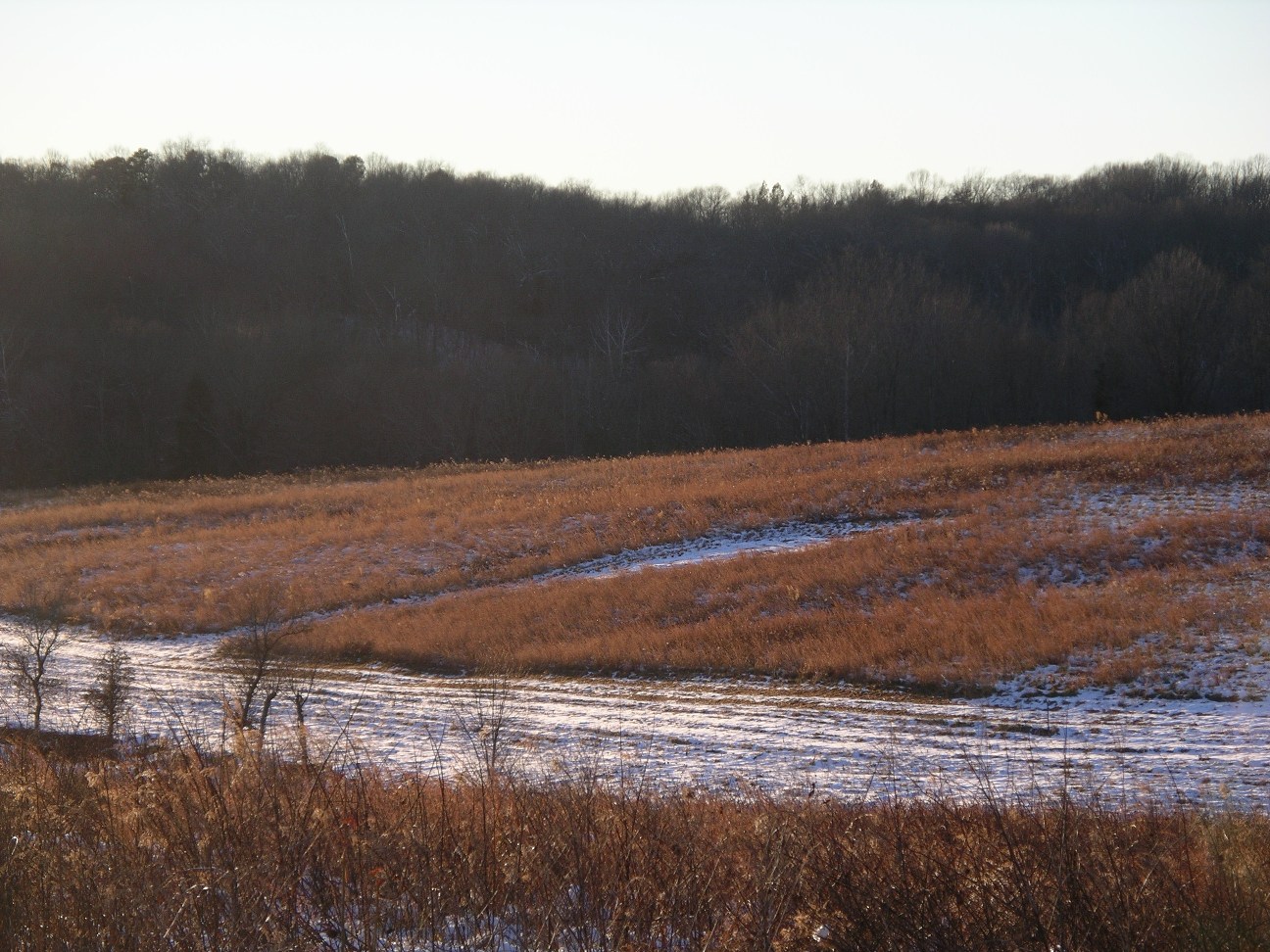 In my previous article, I explored how those of us in the South have become estranged from our grasslands. This time, I want to help us get reacquainted with some of our native grasses.  Gardeners, ranchers, hunters and birders all have reason to meet these beautiful, practical and productive species.

Many gardeners already know the benefits of including ornamental grasses in containers and perennial beds. Their form and texture provide a welcome contrast to broadleaf flowers and shrubs. They’re also generally rugged, requiring little more than an annual haircut.  Not only are our native grasses attractive and durable, they don’t become unruly or invasive like some exotic species. Click here to see a photo gallery below.

To my eye, switchgrass (Panicum virgatum) is one of our least compelling species in the field – the light and airy seedheads are virtually invisible and the foliage often looks ratty by fall – but visionary plantsmen have transformed this plain Jane into a cover girl. ‘Dallas Blues’ and ‘Heavy Metal’ have striking blue foliage, and their colorful seedheads harmonize with other drought-tolerant plants such as coneflower, lantana and butterfly weed. The tips of ‘Shenandoah,’ turn purple in fall, making it a good substitute for Japanese blood grass, a type of cogongrass which can be terribly invasive in the South. 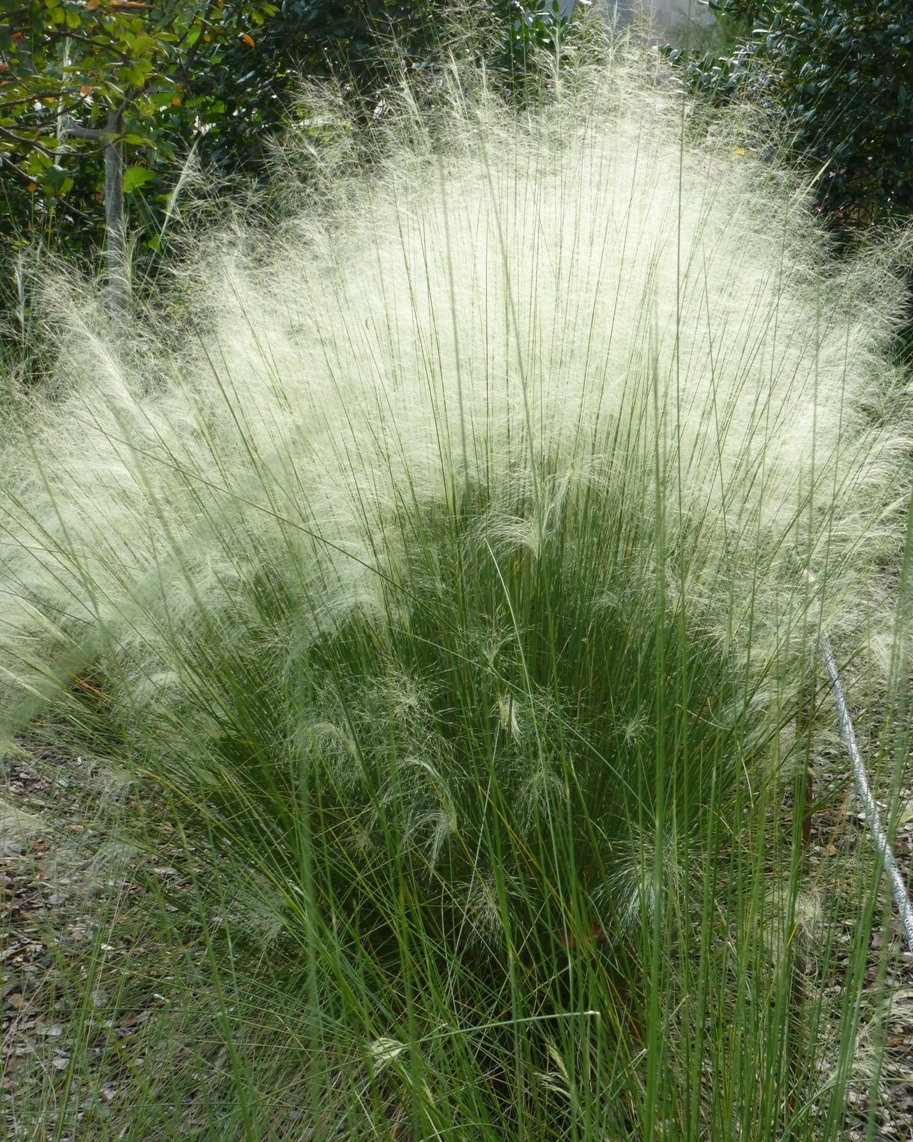 The delicate hair-awn muhly (Muhlenbergia capillaris) can also get lost in the field, but this native of the piedmont and coastal plain can be stunning in the garden, especially when planted in mass. The urge to reach out and touch their feathery seedheads is irresistible.  Like many native grasses, they’re best appreciated when backlit by a rising or setting sun, so position them carefully for the most dramatic impact.

Broomsedge bluestem (Andropogen virginicus), what we often call broomstraw, gets no respect. It often appears in pastures that aren’t fertile enough for a good stand of fescue, but during fall and winter, it’s arguably our most gorgeous native grass. The color changes with the light, ranging from subdued tan to vibrant rust. Small, puffy blooms erupt along the length of the stem. When a stand is backlit, it seems as if every star in the heavens had fallen to earth and settled on the field.  For a similar form in a garden setting, consider using little bluestem (Schizachyrium scoparium). This well-behaved species grows in tidy clumps and has fluffy white seed tufts set against mahogany stems.

Many of our native grasses – big bluestem, Indiangrass, gamagrass and switchgrass – also provide high quality forage. According to the Lady Bird Johnson Wildflower Center, cattle adore big bluestem. Ranchers sometimes refer to it as “ice cream for cows.”  Drought and heat tolerant, these grasses provide an option to rotate animals when fescue goes dormant. This can also allow ranchers to avoid paying inflated prices for hay during times of drought.

These are big, iconic grasses, often growing six to eight feet tall. Once established, their root systems can reach twice as deep. Homesteaders in the Great Plains have observed that busting the sod was as hard as clearing a tract of forest. When we first started planting these species in our restoration projects, they all blurred together for me. I’m still not able to distinguish them until their seedheads emerge. Eastern gamagrass (Tripsacum dactyloides) is the first to bloom, often beginning in June. The seedheads have two or more spikes about six to ten inches long, with fancy drooping panicles. Indiangrass (Sorghastrum nutans) has a single, elegant plume and turns an understated khaki in fall. The three-pronged seedhead of big bluestem (Andropogon gerardii) leads to it also being known as turkeyfoot bluestem.

In addition to making great forage, these grasses provide excellent wildlife habitat for species such as the bobwhite quail, especially when haying is delayed until early July after prime nesting season. Because they grow in bunches rather than a mat, the birds are able to move about and feed between the clumps. Tall and sturdy, the stalks “lodge” against each other in the winter, creating tented spaces for critters to elude predators and hunker down against the cold.  That said, not all native grasses are large. Species such as purpletop (Tridens flavus), lovegrass (Eragrostis sp.) and sideoats grama (Boutelous curtipendula) generally grow no more than one to three feet tall, but all are valuable for wildlife.

We’ve included many of these species in our grassland and longleaf restoration efforts.  The older I get, the more I appreciate our native grasses. While it takes nearly a century to restore a mature forest, grasslands can be attractive and productive in just a handful of years. This is fortunate, for reasons far beyond my own desire for instant gratification. As Reed Noss points out in Forgotten Grasslands of the South, “Grasslands are, in general, the most imperiled of all terrestrial ecosystems in the country.”

See a photo gallery of more native grasses below by Ruth Ann Grissom.