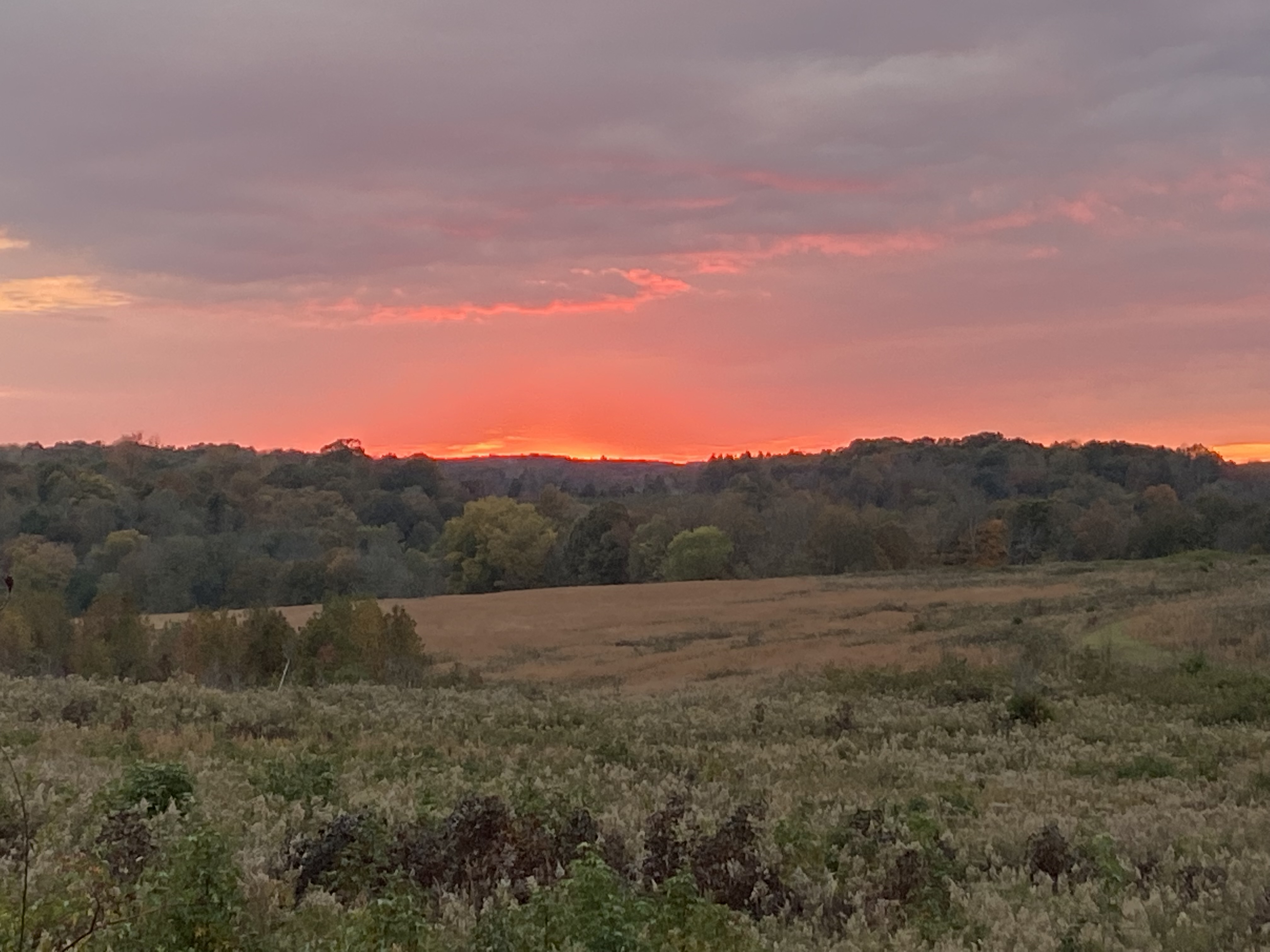 Editor's note: As we approach the climax of the hectic holiday season, let's take a minute to step back and reflect on that natural wonder all around us in the Piedmont region of North Carolina.

At the beginning of November, I challenged myself to pause for a moment every day to contemplate and appreciate something in the natural world — a month of giving thanks.

I found that taking a few photos helped me concentrate and allowed me to revisit the images days or weeks later, sometimes with a new insight or different perspective. In scrolling back through those photos at the end of the month, I noticed some common themes.

The leaves seemed especially brilliant and long-lasting this fall, perhaps the one benefit of the dry weather we’ve been experiencing. Afternoon sun making stained glass of the burgundy dogwood in my parents’ side yard. Sweetgums sporting a psychedelic range of colors. Beech and maples gilding a slope along the Uwharrie River. Winged sumac flaming red at the edge of our grasslands. 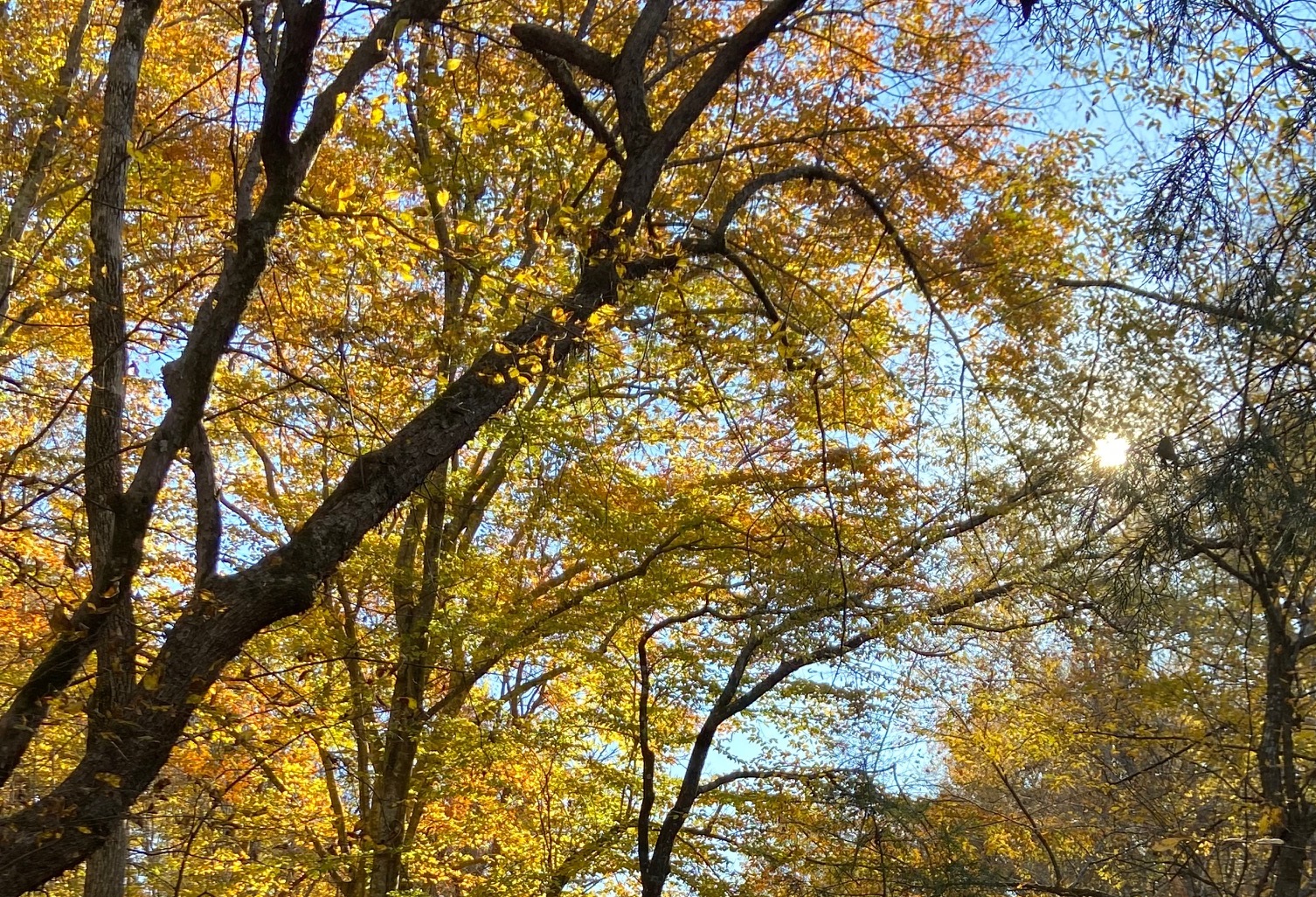 I’m now convinced that native warm season grasses are at their best in November. Backlit by a low sun, their fluffy seedheads are electric. Little bluestem and broomstraw twinkle as if festooned with Christmas lights. Indian grass and plume grass are stately candles. Brushy bluestem becomes animated, almost comical — a ragtag troop of Ewoks patrolling our grasslands.

The stand of big bluestem gives shape to the wind. It becomes visible in waves that crest at the top of a long flat ridge. 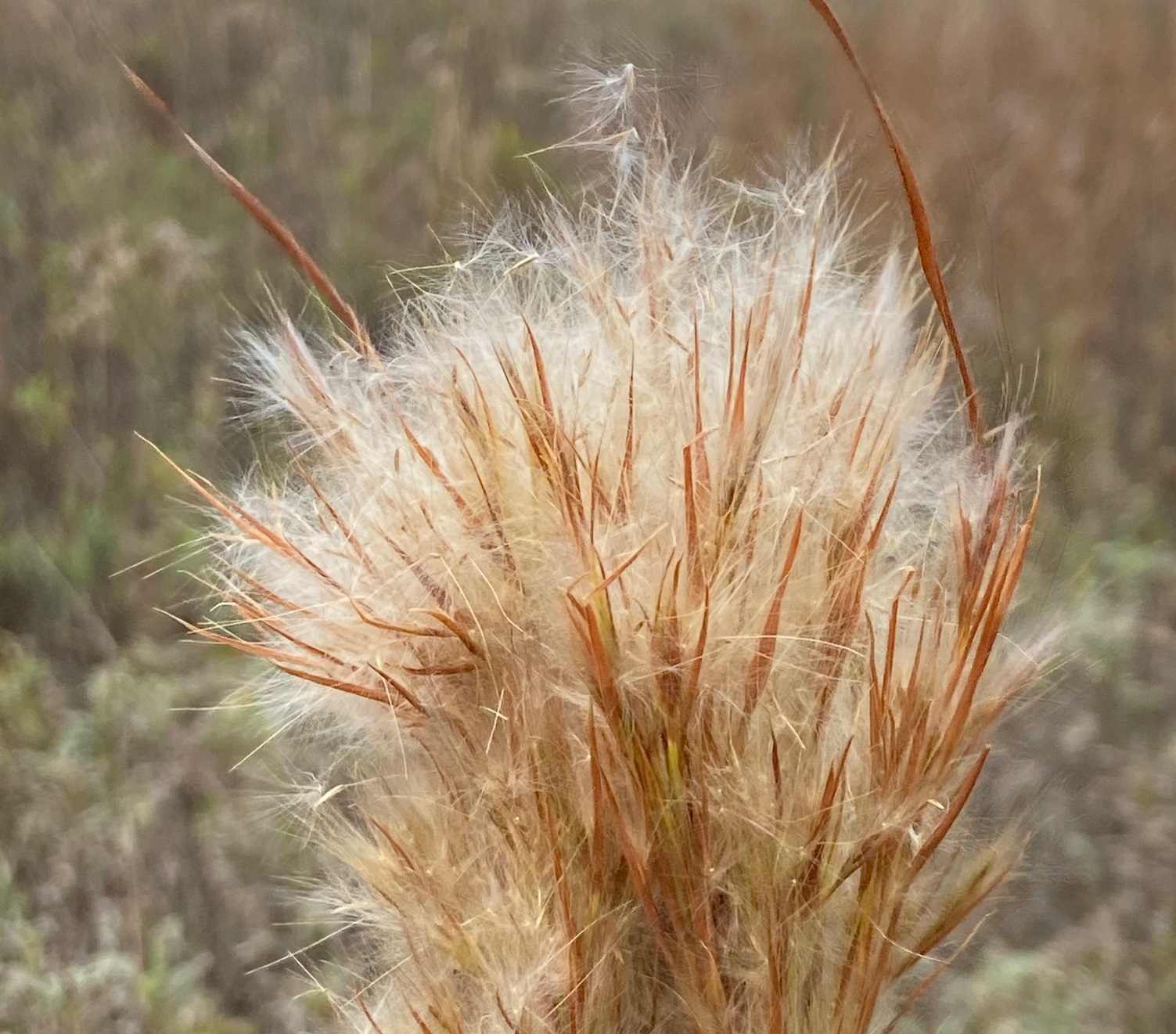 I learned a new native grass in November. Slender spikegrass (Chasmanthium laxum) caught my eye not because of its seeds but because of its colorful foliage — a light green burnished with shades of orange.  A cousin to river oats, it seems happy in full sun or considerable shade, appearing in paths mowed through the grasslands and along leafy roadbeds through the woods.

The sky put on a show in November. I didn’t set an alarm for the lunar eclipse, but I caught the full moon rising over a wooded ridge that evening.

On many days, the sky served as the perfect backdrop for a patch of dog fennel, goldenrod and frost aster that had long since gone to seed. One afternoon, the low, gray clouds gave the plants a wintry look. Another day, ragged cumulostratus clouds highlighted their shagginess.

One evening, there was a brief period when most of the sky was lavender, and another when jagged clouds on the horizon were the purple of distant mountains.

Late one afternoon, the sun dropped below a heavy band of clouds. For a few glorious moments, everything was suddenly bathed in a golden glow. It felt like a blessing. As the sun dipped below the horizon, it seemed to retreat into itself, gathering up the light it had spread across the sky, leaving an intense memory of its presence in shades of pink and orange.

On Thanksgiving Day, contrails streaked across the sky. I watched them turn pink at sunset, thankful to be settled in a place, and with people, that I love. For me, the Uwharries aren’t flyover country; they’re the destination. 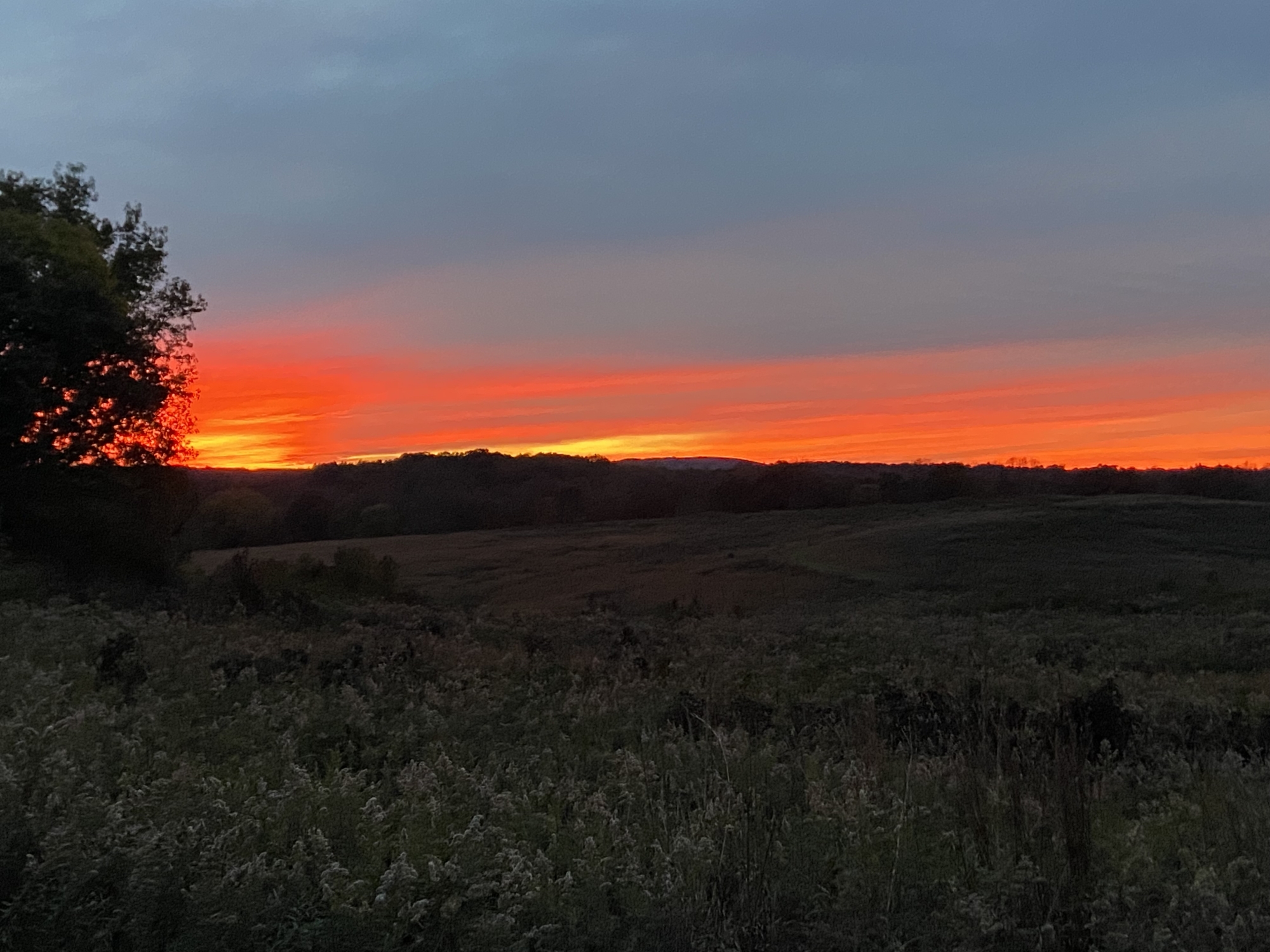