Nearly 570% Increase in Development in Western NC Mountains Since 1976 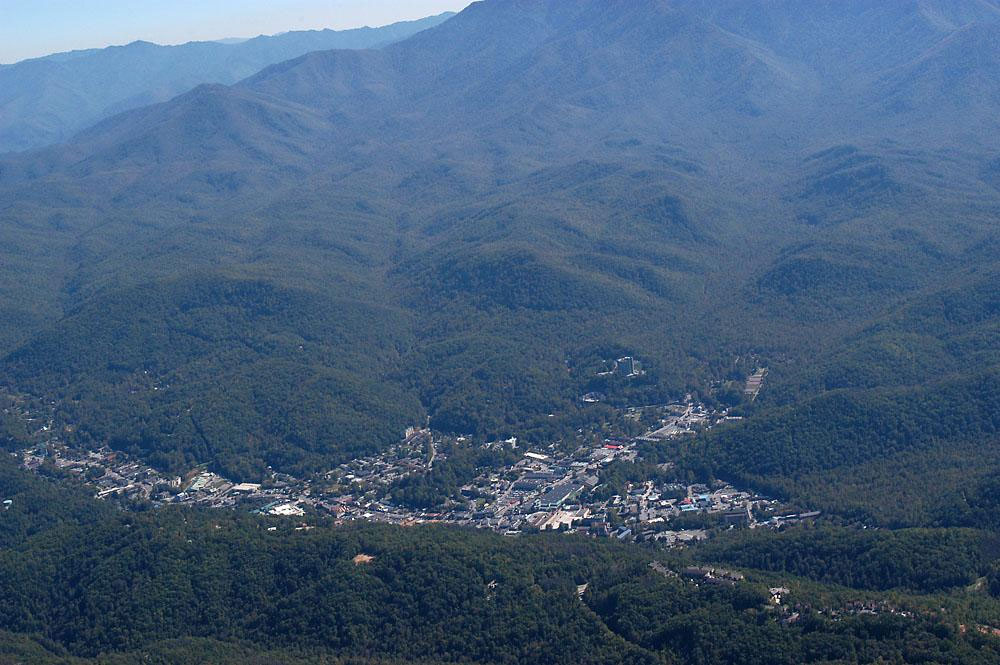 How has rapid urban growth and land development changed western North Carolina's natural landscape since 1976?  What challenges will the region 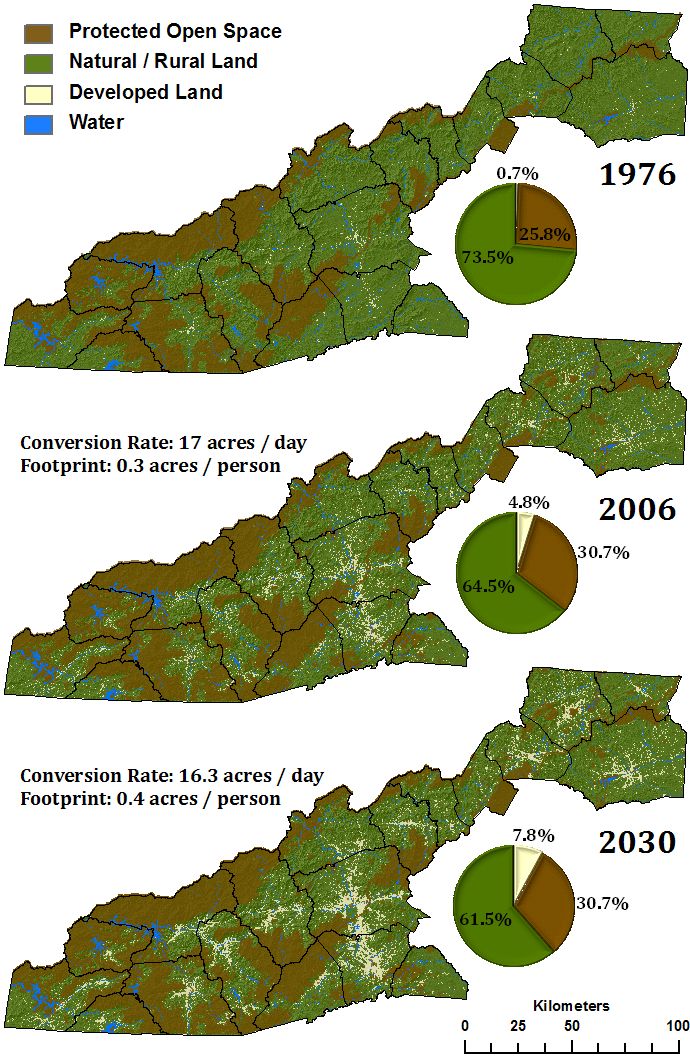 face over the next 20 years in accommodating growth and protecting its abundant natural resources and great biodiversity?  Researchers at the Renaissance Computing Institute (RENCI) at UNC Charlotte, in collaboration with RENCI at UNC Asheville, have recently completed a study of land development in the western North Carolina mountains to address these and other urbanization issues.  The study was conducted by researchers from UNC Charlotte's Center for Applied Geographic Information Science (CAGIS), a research partner with RENCI at UNC Charlotte, and was made possible through funding from the City of Asheville, the U.S. Forest Service, and RENCI's home office in Chapel Hill.

Using historical satellite imagery and population data and projections, the researchers developed an Urban Growth Model that generates statistical and visual representations of likely trends in developed land area.  Satellite image analysis reveals how the landscape has changed from 1976 through 2006.  The Urban Growth Model combines the satellite image-based maps of development with population trends and offers forecasts of future development in the region through 2030.

The 19-county western North Carolina study builds upon similar studies by RENCI at UNC Charlotte, including the 2009 four-county analysis of Asheville and surrounding area and the 2007 original study of development in the Southern Piedmont/Greater Charlotte Metropolitan region.  The current study incorporates the four counties from the 2009 study and extends along the Appalachian Mountains from the northern border with Virginia to Cherokee County at the westernmost tip of the state.

By examining historical and forecast patterns of urbanization, RENCI researchers hope to assist policy makers, planners, and land conservationists in developing tools to understand and plan for rapid urban growth.  James Fox, the director of RENCI at UNC Asheville and the school’s National Environmental Modeling and Analysis Center (NEMAC), said local stakeholders already are showing an interest in the study’s results.  “This versatile study from RENCI at UNC Charlotte has allowed us to gain maximum benefit from the limited resources available in today’s economic climate.  Being able to use this study at a variety of scales has proved invaluable.”  Fox added that UNC Asheville has used the study’s results in conjunction with the City of Asheville, Buncombe County, the local Land of Sky Council of Governments, and the U.S. Forest Service.

The results also show great variation in forecast gains in development among the counties in the region.  (See the Full Report and County Profiles for more details.) Alleghany, Ashe, and Madison Counties are expected to experience the highest rates of forecast development, with Madison County experiencing the greatest percent increase - 109 percent – in developed acres, Alleghany County experiencing a 102 percent increase, and Ashe County a 103 percent increase.  Buncombe and Henderson Counties, the two most populated counties in the study area, are expected to contribute roughly 17 percent and 13 percent, respectively, of total forecast gains for the region.

Looking forward regionally, the model predicts that by 2030, when the population is expected to approach 1 million, an additional 145,374 acres of land will be developed, the equivalent of an area roughly the size of Alleghany County (147,333 acres), or nearly six times the area within Asheville’s city limits.

Created in 2004, RENCI includes a statewide network of academic institutions working to solve complex problems affecting quality of life and economic competitiveness in North Carolina by tapping into university expertise and through the use of advanced technologies.

Sara Gleave wrote this article while a graduate student working at the UNC Charlotte Urban Institute in 2010-2014.