An ocean bird pays an unexpected visit to Stanly County 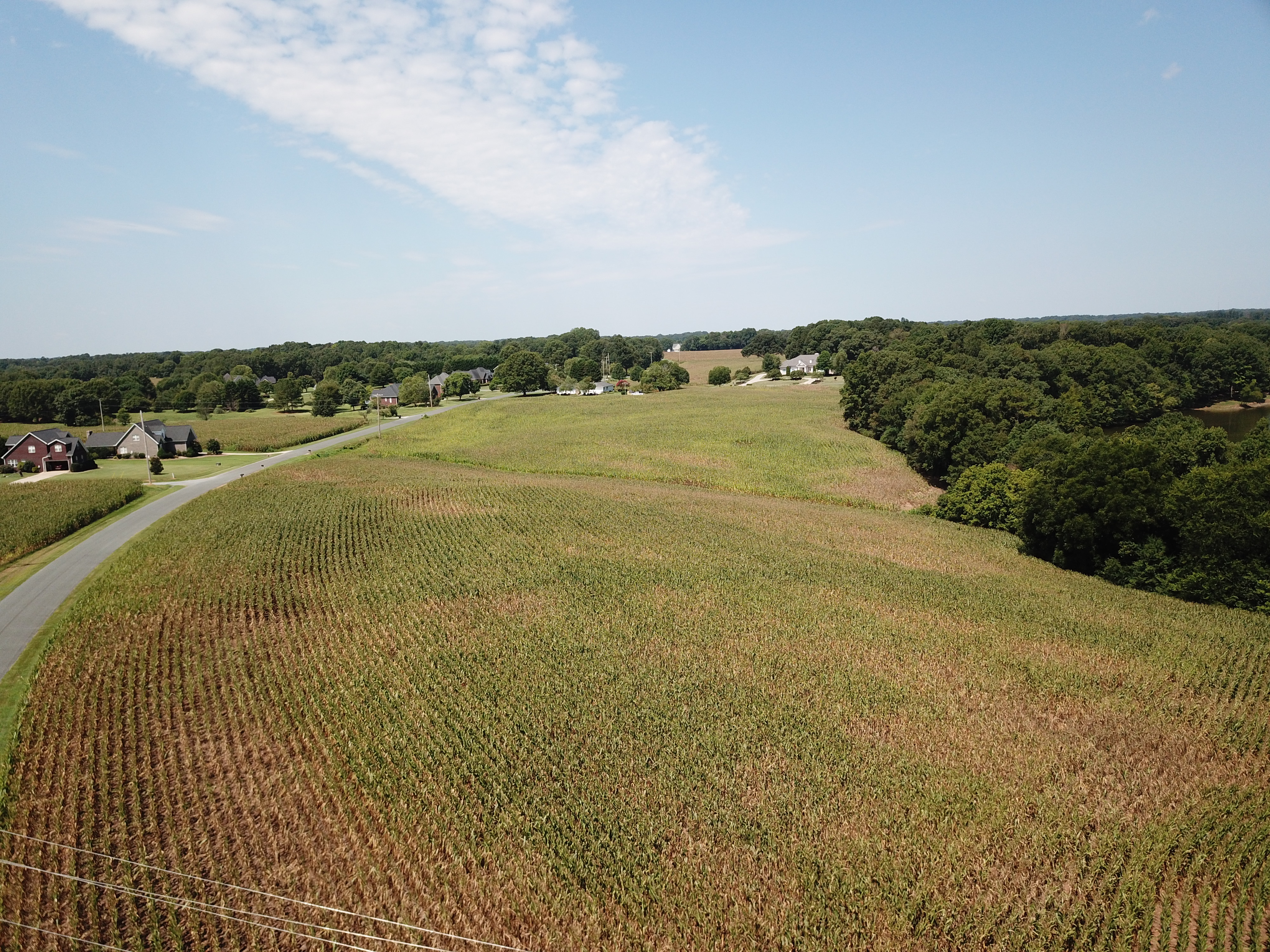 My sister and I once decided it would be a fine idea to tour the Mojave Desert in May. Being hard-headed women from the Uwharries, we forged ahead even after the Santa Ana winds kicked up and pushed temperatures into triple digits. The heat made for a memorable, if sometimes freakish, trip. Along the way, we crossed paths with a dude who looked like an Elvis impersonator, a randy bighorn sheep at a remote oasis and a water bird that had landed in one of the driest places on earth.

Alongside the highway that runs the length of Death Valley, just before the topography dips below sea level, we spotted an incongruous form. Turning back for a closer look, we were stunned to find a bird with the unmistakable black and white markings of a common loon.

The O’Tuel family in Stanly County had a similar experience in late September when they found a large brown bird perched atop their chicken coop. It was late afternoon, and Martha had been cutting the grass at their small farm in Stanfield when her husband rushed over to get her.

That’s a reasonable concern when you spot a large bird in proximity to your free-ranging chickens. But as she studied the bird, she realized its yellow feet were webbed like a duck.  And it had a pointed, blue bill with a piercing eye near the base.

“I don’t know what you are,” she thought, “but I know you don’t belong here.”

About this time, their domesticated ducks left the pond and came to investigate. Undaunted, the bird flew to the ground and spread its mighty wings. One of her drakes actually tangled with it for a minute or two, but then it returned to the rafters of the chicken coop. 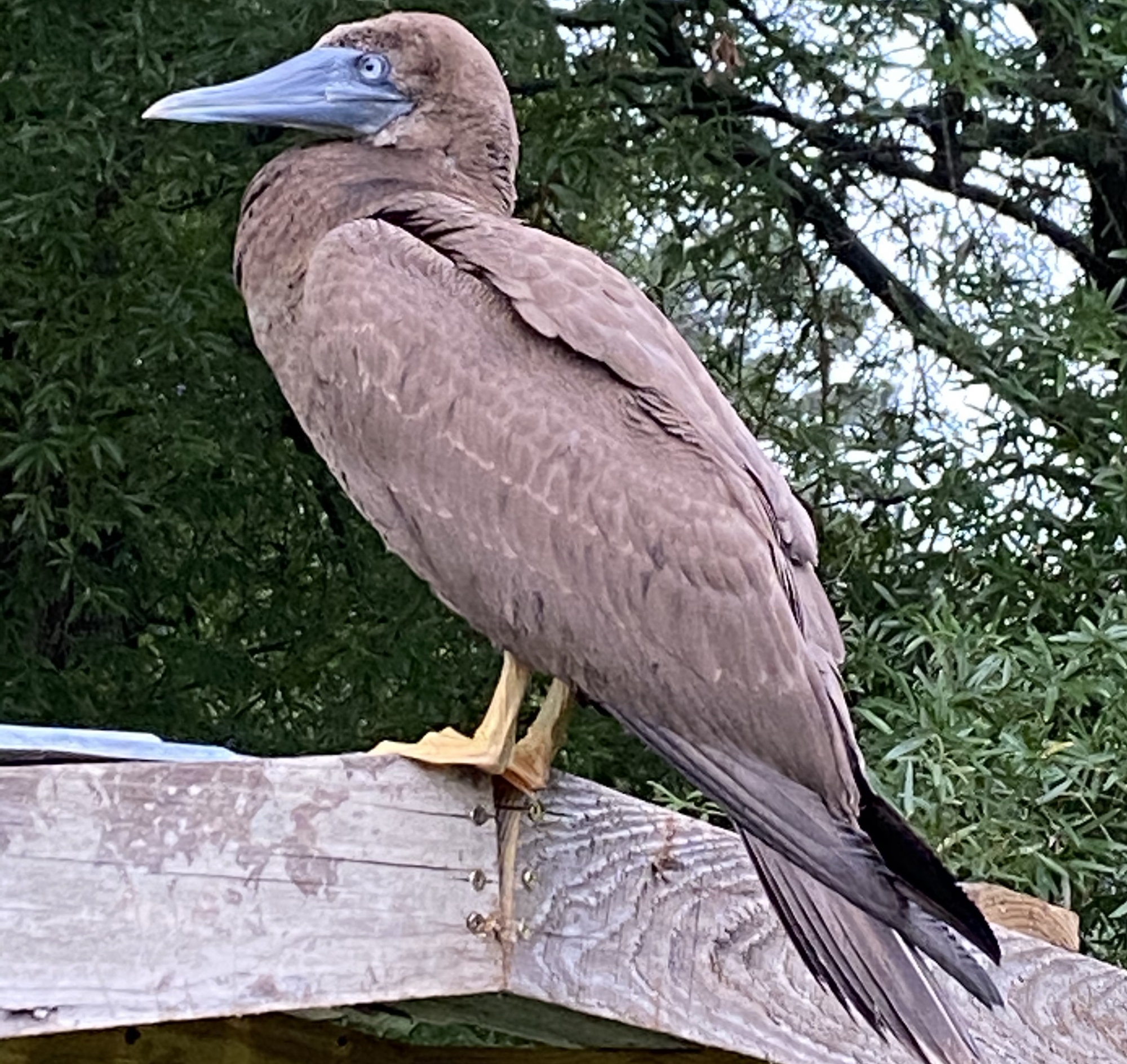 Martha took photos and posted them to a backyard chicken Facebook group. People weighed in immediately, suggesting it was either a cormorant or a brown booby. Someone advised her to contact Harry LeGrand with the Carolina Birders Club. Based on her photos, LeGrand confirmed it was indeed a brown booby, an ocean bird that nests in the tropics.  Outside of breeding season, they sometimes stray as far north as Canada and venture well inland.

They rarely visit the North Carolina Piedmont, and all previous records from the region have been adjacent to large lakes. This sighting grabbed the attention of birders in part because Stanfield lies so far from impoundments on the Pee Dee or Catawba, not to mention the fact that it was hanging out at a chicken coop.

Martha and her husband debated whether they should feed it, and if so, what. He offered to buy it some fish, but she thought that was excessive. As people on farms are wont to do, they eventually returned to their chores.  Martha checked on the bird again the next morning. Its head was still tucked under its wing.

“I think I woke him up,” she with a laugh. She took a video then went about her day.  When she returned to the chicken coop an hour later, the brown booby was gone.  She hasn’t seen it since.

Martha was left with memories, and questions.  How did an ocean bird find its way to their Piedmont farm?  As an animal lover who rescued a gray-cheeked parakeet on the loose near their former home in East Charlotte, she joked they must have a red flashing light above their house that says Stop Here.

LeGrand wondered if the brown booby might have been blown off-course by one of the season’s many hurricanes. Or perhaps this inexperienced juvenile had simply made a rookie error and strayed too far from water.

My sister and I had similar, and sometimes fanciful, musings about the loon. Our favorite theory was that its ancestors had passed along an ancient archetypal image recalling a time when lakes filled the valley.  After our trip, we followed up with the ranger who had kindly responded to our call for assistance.  Knowing that loons cannot take flight from land, he had released it on a detention pond at the park’s water treatment facility. The loon paddled around, apparently regaining its strength. A few days later, it skittered across the water’s surface and into the sky again.

Park biologists speculated that the heat wave had caused the salt flat to shimmer like a lake, enticing the loon to set down for a rest during its grueling migration. But scientific explanations don’t diminish the mystery and thrill of these encounters.

“It was a God wink,” Martha said.  She considered it a blessing to witness something so rare and amazing.  And we agreed that such blessings are bestowed only on those who take time, pay attention and remain open to the wonders of the natural world.