Offices in South End, apartments in Ballantyne? Lines are blurring. 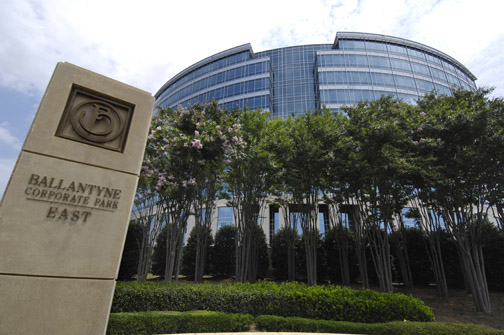 A generation ago, the idea of a major financial company moving to South End might have been implausible - and building a luxury apartment tower in the midst of Ballantyne Corporate Park would have sounded even more outlandish.

But a pair of recent announcements in Charlotte show how much office and apartment markets have shifted, and that more developers are getting serious about the “live-work-play” dynamic that’s been talked about ad nauseam.

It’s easy to forget that the modern incarnation of South End and the massive office park of Ballantyne are both only about 25 years old. The name South End was christened in 1994, when the South End Development Corporation was incorporated to start redevelopment of what was then just the old industrial corridor near Dilworth.

Infrastructure and site work on the fields and forests that made up Ballantyne started in 1992, and the first office building broke ground in 1996.

Once the Blue Line light rail opened in 2007, South End was poised to boom. Thousands of new apartments went up, drawing young professionals who settled in along the Rail Trail and fueled the brewery explosion.

Ballantyne’s growth was similarly meteoric, as the corporate park expanded from that single building to more than 4 million square feet of office space, along with a luxury hotel, golf course and restaurants.

For years, it seemed that’s where things might stay: Ballantyne as a successful office park drawing tenants like big insurance firms and Fortune 1,000 companies, South End a mecca for urban professionals wanting to live walking distance from breweries and restaurants.

Northwood Ravin, which owns the 51-story Vue apartments uptown and is the developer behind upscale apartments on Stonewall Street, Providence Street and Commonwealth Avenue, has declined to give details on the project, according to the Charlotte Observer.

The inclusion of an apartment tower alongside the office buildings, however, represents a big shift in direction for Ballantyne Corporate Park, a suburban development long defined by its clusters of office towers. The development is mostly low-density, with huge surface parking lots and an 18-hole golf course. That means that there’s a lot more land that could be filled in.

When Northwood bought Ballantyne Corporate Park, the new owners said they planned to diversify and make it more of a mixed-use development.

“Will people want something different than the classic office building of the 80s? I think so, and that’s what we’ll have to deliver,” Northwood Investors CEO John Kukral mused in 2017. “If you don’t need all this parking out here, what do you do with all that space?”

Meanwhile, South End has become a Class A office submarket in its own right, even luring away a major tenant from Ballantyne. That’s what happened at the end of April, when LendingTree announced plans to relocate to one of two new office towers being developed in South End by Spectrum Companies. The financial firm is taking 175,000 square feet in the 11-story, reflective glass building at Carson and South Tryon streets.

“The evolution of South End over the past few decades has been fascinating, and the arrival of a blue-chip company like LendingTree certainly validates that Class A office space is an important part of the mix,” said Spectrum Companies COO Steve McClure.

LendingTree cited the location’s proximity to uptown, the Blue Line, and highways, as well as South End’s amenities. South End now totals 2.7 million square feet of office space, according to Center City Partners. When the current projects planned and under construction are complete, it will encompass 4.1 million square feet - roughly the equivalent of Ballantyne’s total.

So, is Ballantyne about to become South End, or vice versa? Probably not - for another generation, at least.

But the distinction in Charlotte between “suburban office park” and “hip former industrial neighborhood,” once razor-sharp, is starting to get a bit blurry as Class A-office buildings push into South End and luxury apartments march onto the corporate campus in Ballantyne.