Ordinance could limit what you toss into trash 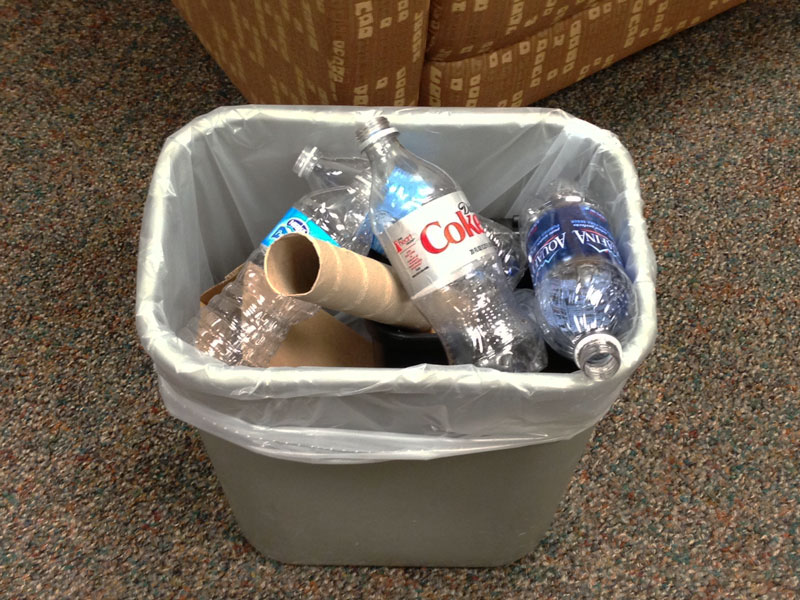 It would be up to the county’s municipalities whether to adopt the changes, and each municipality would be responsible for enforcement – although civil fines of up to $100 could be possible if residents put too many recyclables into their regular trash bins. The county’s Waste Management staff wants to hear from the public on the proposed new ordinances, which would also limit what businesses throw away.

The department is hosting four public forums – the first is tonight – for people to share thoughts on the proposed rules.

The changes would keep a list of recyclable items – banned by state law from area landfills – from going in curbside trash cans and commercial dumpsters.

The list, from the 1989 N.C. Solid Waste Management Act, started by banning used motor oil and scrap tires. It has expanded to include plastic and glass bottles, aluminum cans, fluorescent light bulbs and several other items over the last two decades.

Currently, state regulators enforce the ban only at landfills, but the county ordinance, if Mecklenburg County commissioners adopt it, would let municipalities, if they chose to, start punishing residents and local businesses for putting banned items in dumpsters and curbside trash cans.

The changes would lower the requirement to 8 cubic yards and expand the recycling list to include the rest of the state-banned items. A 2013 study found these changes to the Source Separation Ordinance would require 3,600 businesses – generating between 8 and 16 cubic yards of waste per week – to start recycling. But 53 percent of those 3,600 businesses already recycled.

In writing the policies, staff members will also draw on a series of recycling studies over the past three years. A 2009 study found seven out of 10 Mecklenburg County households are “at least somewhat supportive” of mandatory recycling. But, Gledhill said, stakeholder groups and surveys aren't enough.

“We have done surveys which indicate a level of support for doing this, so we want to test that out. But, there's always things you miss,” said Gledhill. “We're looking for different groups and perspectives. This is first open dialog with community about the strategies.”