Our living patterns, not I-77 asphalt, hold key to solving congestion 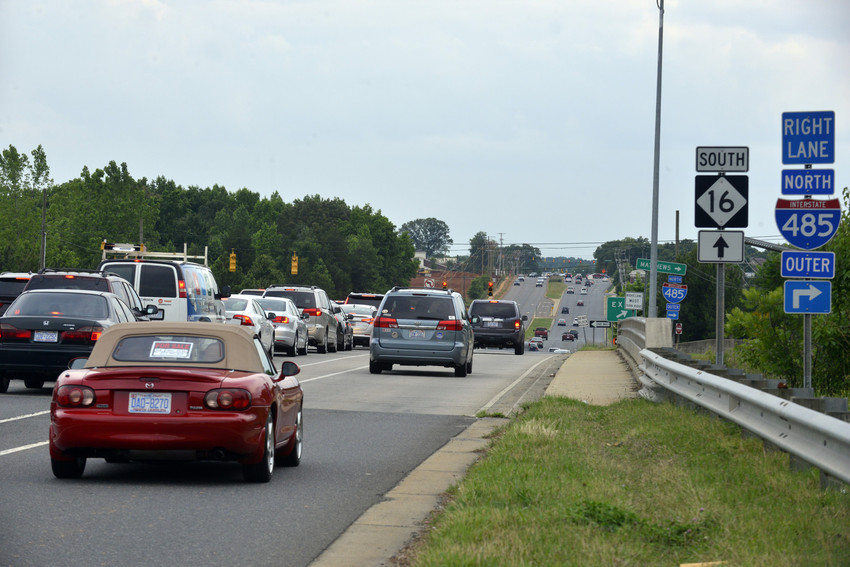 The tension and rhetoric about whether to build toll lanes on Interstate 77 is something I’m watching with dispassionate interest. I’m familiar with North Mecklenburg after work there some years ago, but my professional stake in the area has waned, so I can offer a more detached perspective. From this vantage point, the tense public debate can be seen as a sort of lab experiment.

I was involved in North Mecklenburg planning and politics from 1994 through 2000 as urban design and planning consultant to Davidson, Cornelius and Huntersville. We strove, with modest success, to make policy changes to increase road connectivity, create more compact neighborhoods and provide public transit options. Those were heady days of municipal collaboration.

By 2016, I can hear the angry public debate and related political posturing over the toll lanes and imagine it as a demonstration of our abilities to handle change vs. sticking to the status quo. The discord rampant in our local politics is merely a symptom of a larger malaise that requires larger remedies. Can we, as a region, move beyond our “business as usual” approach? Can we change our thinking to embrace new concepts about how we might live and move around in a world changing before our eyes? Can we make these changes in time?

I’m also dispassionate about the toll lane because I don’t believe any freeway-widening will make the slightest difference in I-77 commute times in the years ahead. Evidence from other cities in the U.S. and abroad shows that while extra lanes increase capacity (they can carry more vehicles), they do little to reduce travel times. Indeed, commute times usually increase, due to the well-documented and well-researched phenomenon of “induced traffic demand.” (See “What’s Up With That: Building Bigger Roads Actually Makes Traffic Worse” from Wired) and “The Fundamental Law of Road Congestion: Evidence from US cities” from The National Bureau of Economic Research.)

[highlight] The data clearly show that in U.S. cities traffic—and hence congestion—increases proportionately to the amount of highways provided.[/highlight]

It’s simple: As more people live in the area and move through it, traffic increases. A widened road attracts more drivers who think they will travel faster. They will, for a short while, until traffic increases the same or worse levels of congestion despite the hundreds of millions of dollars spent.

Regardless of this evidence, many people in the area appear to believe—as evidenced by the many public comments at Monday’s Charlotte City Council meeting—that we should build more free lanes now or be doomed for 50 years, with congestion ruining our lives.

Those opinions are understandable but couldn’t be more wrong. They will simply produce the status quo all over again. There is no simple solution to I-77 congestion, however many lanes we add.

Detailed research, such as the studies linked above, examine the relationship between interstate highways and highway vehicle miles (or kilometers) traveled. The data clearly show that in U.S. cities traffic—and hence congestion—increases proportionately to the amount of highways provided.

Let me repeat: We build more lanes—we get more traffic and we’re back where we started, or worse.

This “induced demand” of traffic has three general sources: more driving by current residents lured by the new lanes; the inflow of new residents; and a rise in transportation-related business as companies eye new road capacity.

If you build it, we will come, we will use it and we will fill it up.

Studies like those noted above also show that without coordinated land use planning and urban design, providing public transit will, by itself, have little impact on vehicle miles/kilometers traveled. Thus, neither wider roads nor public transit on their own will relieve congestion.

However, increasing our choices of how to travel—car, bus, rail, walking or cycling—does provide more options for how we live and move around. That’s important, because such changes in the ways we construct our communities, can, if organized in an integrated way, could help us maintain a good quality of life even with inevitable road congestion.

My colleague Craig Lewis, in an essay here a few months ago (“I-77 toll debate is missing the most important question”), pointed out the problem of believing that highway widening cures congestion and offered a more logical approach to the I-77 by focusing on three things:

But even these strategies won’t work unless we change our settlement patterns, so more of us live near where we work and work near where we live. The relationship between transportation needs and how and where we live is fundamental. If lots of us choose to live 20 or 30 miles from where we work then, even with some telecommuting, most of us will travel between home and work more or less daily. And if we do that solo in a car, then we worsen the congestion we moan about.

[highlight] Imagine a future Charlotte of many connected "urban villages," all offering choices of how to move about.[/highlight]

There is no doubt that living, shopping, working, and playing in compact communities—where walking, cycling and transit are attractive daily options to driving—provide one of the best ways to enable a city to adapt to the serious challenges ahead, by reducing energy demand and the carbon emissions and pollution from motor vehicle use. This future Charlotte might be a city of many connected “urban villages,” interspersed with parkland, all providing more lifestyle and transportation choices.

Indeed, lots of Americans love living that way and will pay for the privilege. Look at property prices and rents in Charlotte’s “urban village” neighborhoods such as Dilworth, Elizabeth, Plaza Midwood and South End. But many more Americans either can’t afford those opportunities or reject them, preferring to hold tight to the status quo.

In this context, let’s look at the freeway congestion and our reactions to it as a lab experiment in how well or poorly we react to the looming threats of climate change.

Initial lab results don’t look good. All we in Charlotte-Mecklenburg have done so far is ignore evidence from other cities, and produce hot air, invective and misinformation. Political energy is being squandered trying to sustain an unsustainable status quo. And if climate science is telling us anything, it’s that the status quo is not an option. We have to change and adapt. And the sooner the better.

It should no longer be cool or clever to be proud of moving more traffic around. That’s a bit like tobacco companies boasting about increased cigarette sales.

Instead, we have to reduce our driving by inextricably linking land use planning, urban design and transportation planning. And to be effective we have to do this at a regional scale. We need regional planning with teeth, so all municipalities and agencies in the multicounty Charlotte region will put the plans into action and create an interconnected web of clustered settlements, preserved open space and transportation options.

Ooops . . . Sorry . . . I must have dozed off momentarily and been daydreaming. This is America, not Europe. Here, we have no such mechanisms to achieve those goals. Many Americans despise the very thought of the regional, “big government” that would be needed for integrated and effective planning.

[highlight] We have a series of fractured planning jurisdictions to ensure that no large-scale regional planning agency with power ever comes into being. [/highlight]

So what are we to do, if we reject the idea of a binding regional plan? We can’t solve these huge problems on our own, anymore than widening I-77 will reduce traffic congestion there. The sad fact is that the Charlotte region is hopelessly underprepared to deal with our collective future.

For a start we have a series of fractured planning jurisdictions to ensure that no large-scale regional planning agency with authority to mandate new policies ever comes into being.

The Charlotte region (from 13 to 17 counties in North and South Carolina, depending on who is counting) is home to six different regional transportation planning groups known as Metropolitan Planning Organizations. Each has a range of duties including producing a Long Range Transportation Plan for its area. Brace yourself for a mind-benumbing list:

In the face of these inefficiencies and impediments, the challenge of reorganizing American cities like Charlotte to address today’s challenges more effectively is huge, but in the short term some progress could be made.

If the toll lanes aren’t built and we go back to square one, that would give us the fortuitous opportunity to change our thinking. (Charlotte’s MPO is to vote Jan. 20 on whether to continue with the strategy of toll lanes.) If all parties involved in the I-77 debate stopped thinking simply about moving traffic and instead considered how to create enduring patterns for living, working and moving around in north Mecklenburg, and if legislators spent those hundreds of millions of dollars on infrastructure that would support those wider goals, then we might create a pilot project, in our little laboratory, to illustrate that constructive change is possible.

David Walters is an architect and town planner and a UNC Charlotte professor emeritus who recently retired as director of the university’s Master of Urban Design program. Opinions in this article are those of the author and not necessarily those of the UNC Charlotte Urban Institute or the University of North Carolina at Charlotte.