Our population is more concentrated in cities ⁠— and increasingly diverse 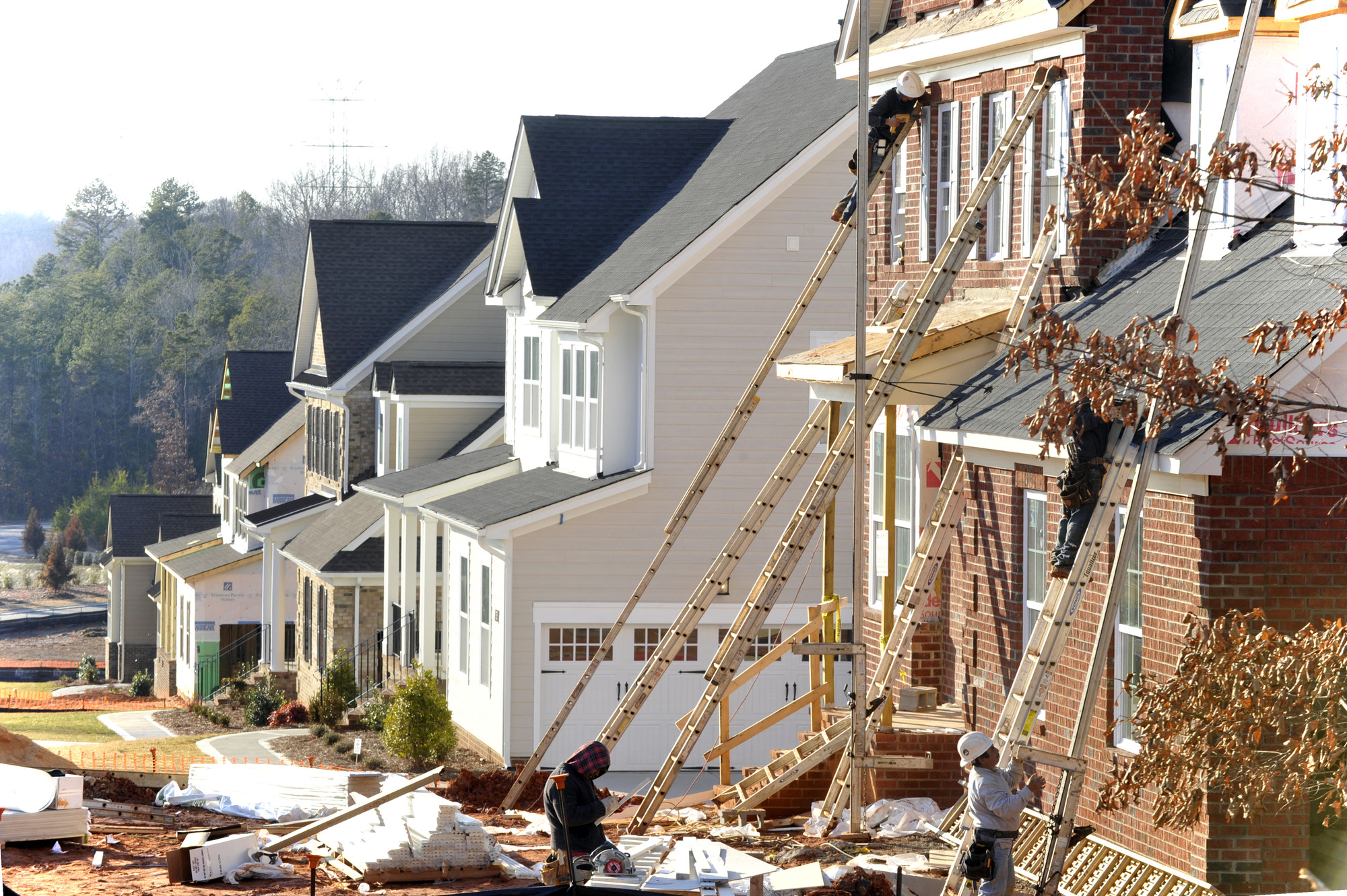 There’s a common narrative about people in rural areas seeking opportunities: they should go to the big city and leave the country behind.

Rural counties are often seen as hollowed out or in decline, while cities and their adjacent suburbs boom. While population in the Carolinas Urban-Rural Connection study area has become much more concentrated in the urban and suburban core, the story is (as usual) more complex than that.

Population change in the region over time

As population growth in the region has accelerated in recent years, it has also become more concentrated in the region’s urban core (Mecklenburg County) and the adjacent mixed-urban counties (Cabarrus, Gaston, Union, and York).

In 1900, Mecklenburg accounted for just 7 percent of the region’s population, while more than half of the population was scattered among the mixed rural counties, and a fifth each in mixed-urban and rural counties.

In 2018, over a quarter of the region’s population was found in Mecklenburg County, the same as all the mixed-urban counties combined, while only 6 percent of the population was in rural counties. Mixed-rural counties as a group still account for the largest share, with just under 40 percent.

For an illustration of this trend, click on the picture below to view an animated map. 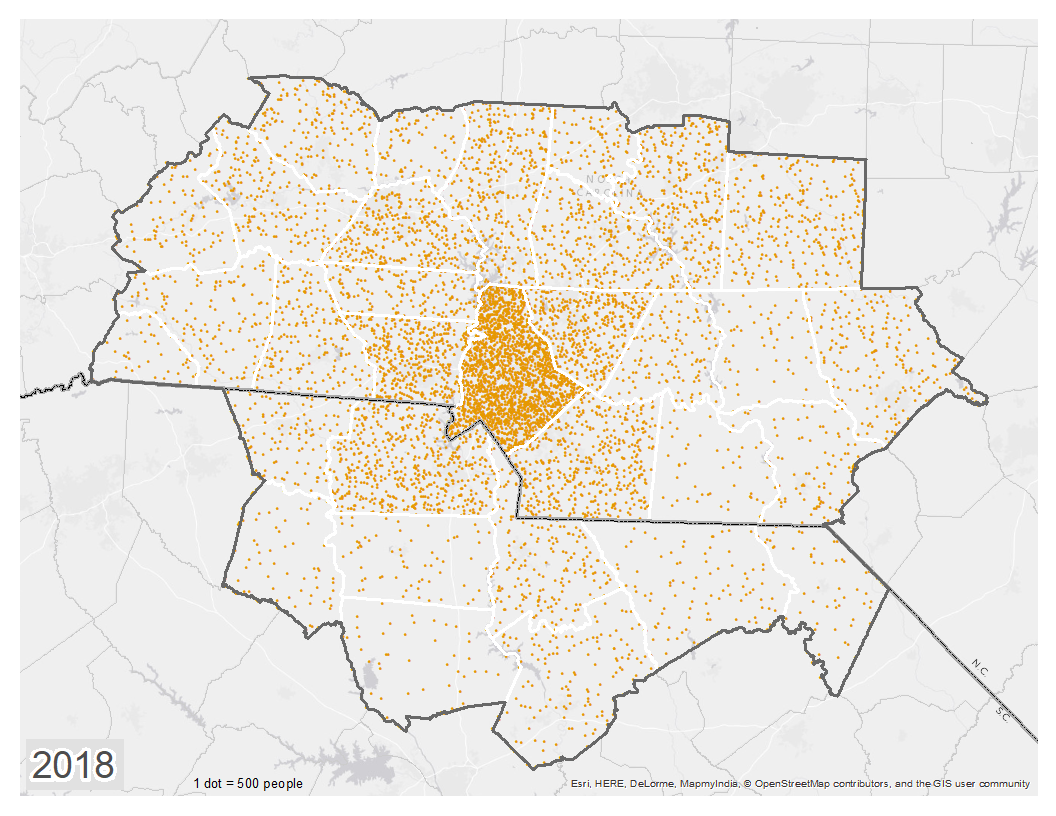 This concentration is the result of growth in the urban and mixed urban counties combined with population loss in several of the region’s rural and mixed-rural counties. Four counties (Anson, Fairfield, Marlboro, and Union, S.C.) reached their peak population in the early-to-mid 20th century and have been mostly on the decline ever since. Another seven counties started to experience population decline in 2010. 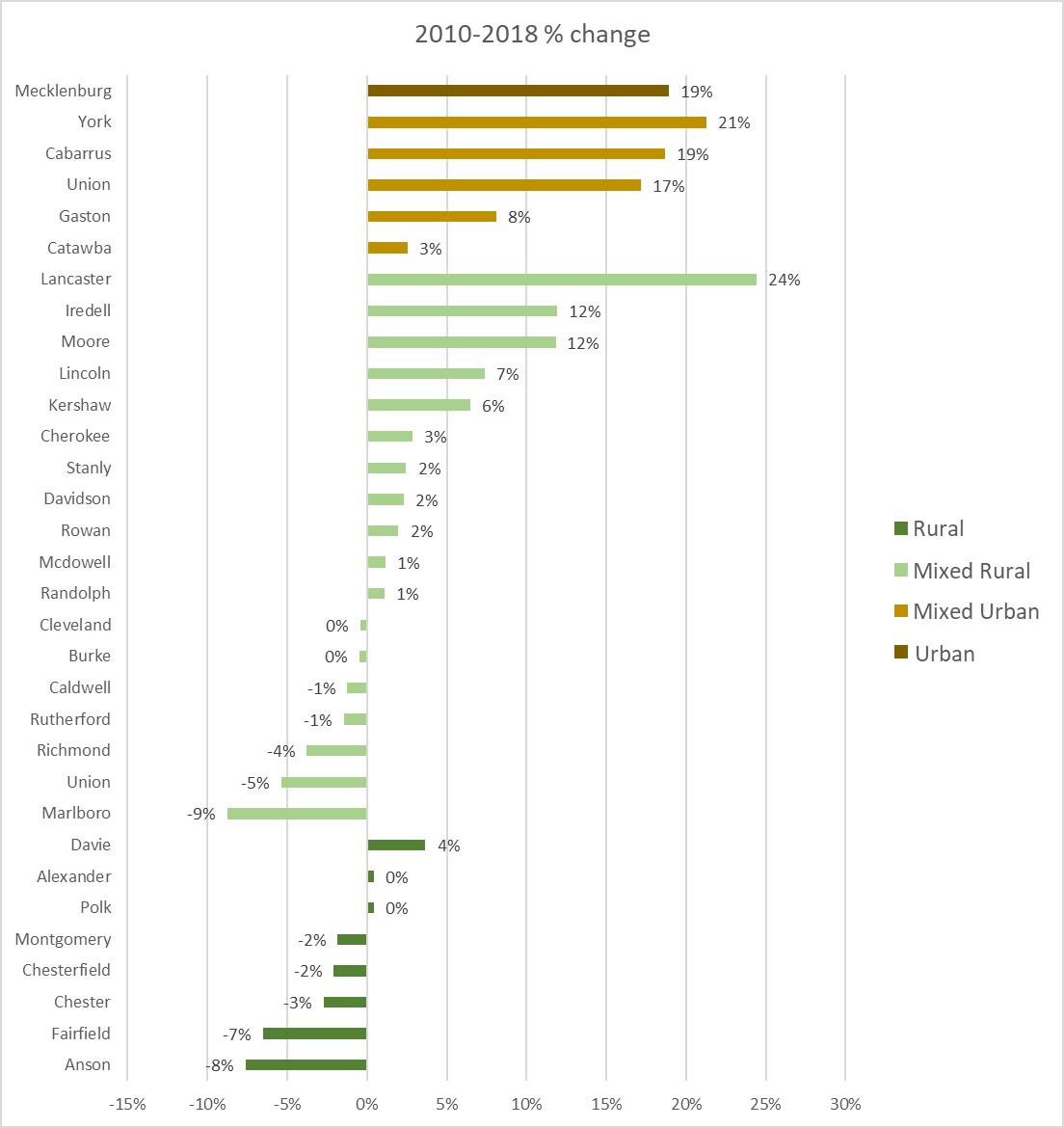 Where are these migrants coming and going?

In most of the region’s counties, domestic migration (people moving to/from other places in the U.S.) accounts for most of the change. 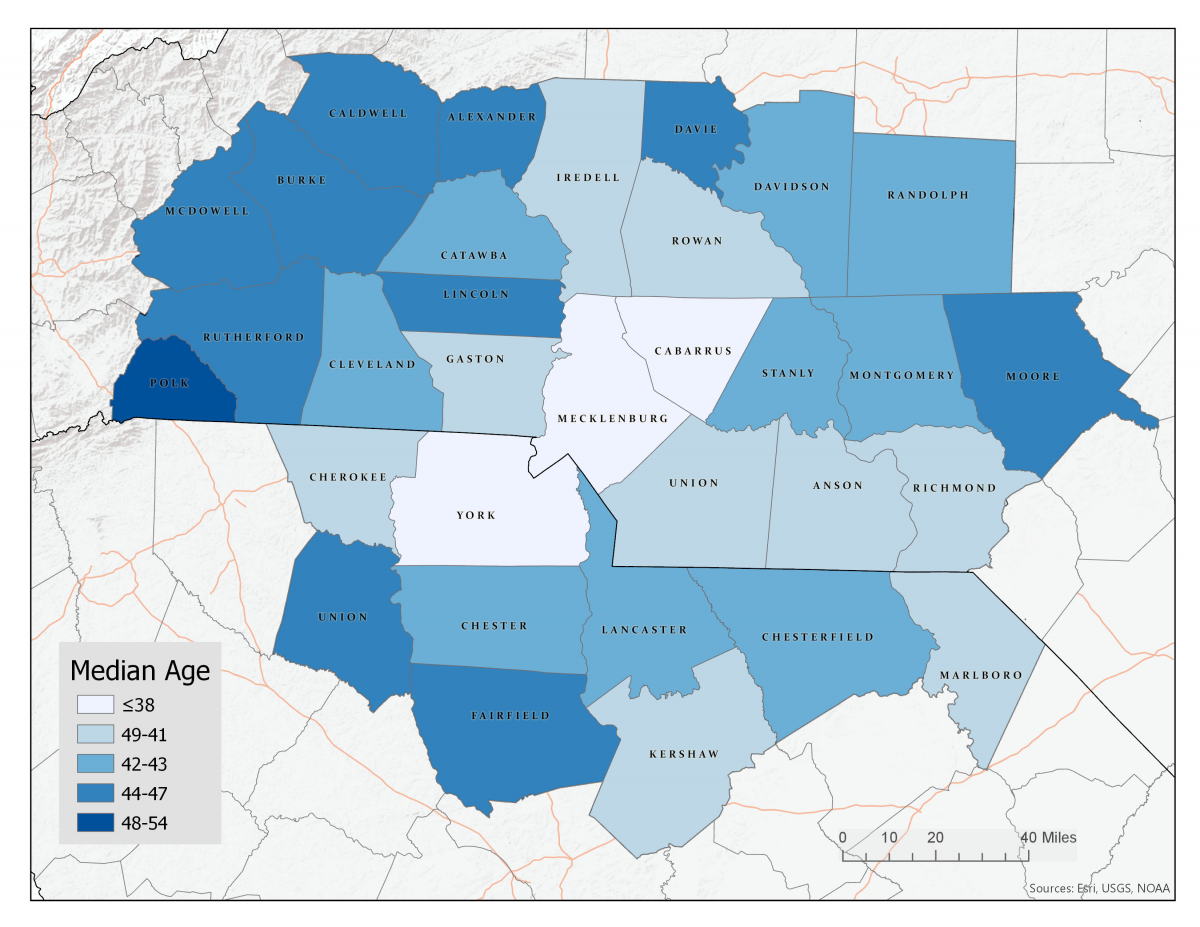 Rural counties can become older by attracting retirees in search of scenic or lifestyle amenities, as is the case in Polk County, or by losing young adults to out-migration, which has happened in counties like Anson. In all 32 counties in the region, the growth of the share of the population over age 60 outpaced overall population growth. 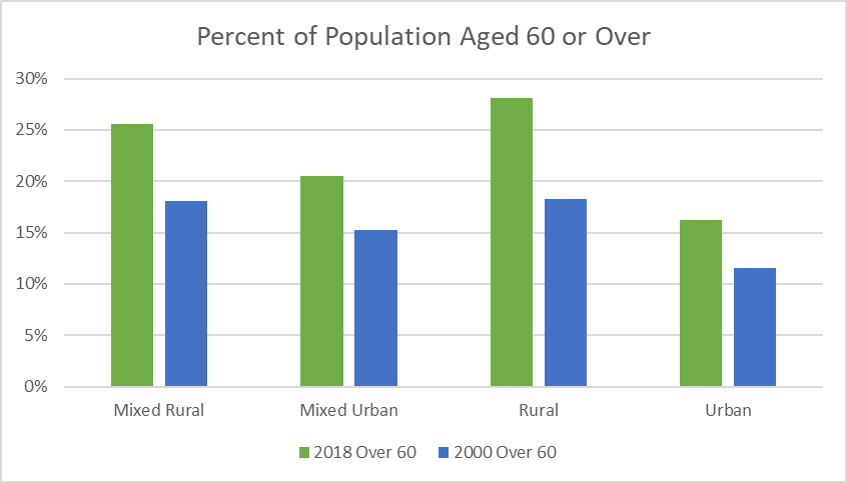 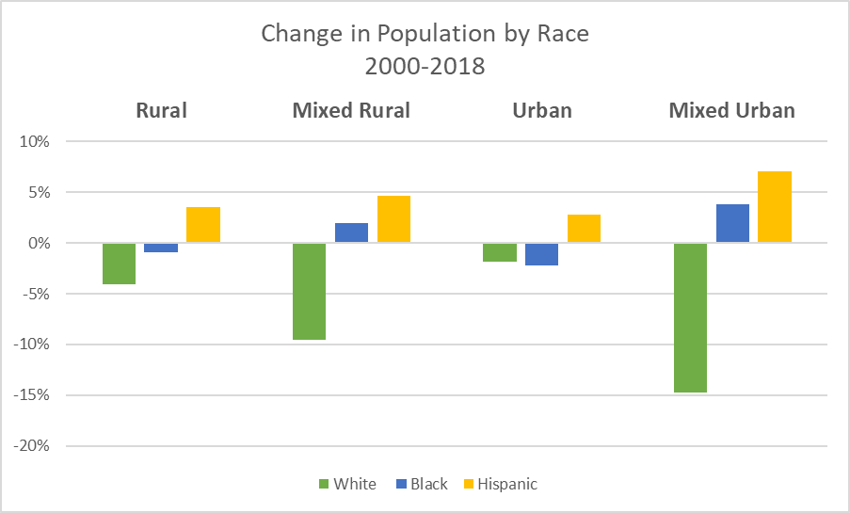 The region has grown more racially diverse in recent years. The white population has decreased, from 75 percent of the population in 2000 to 66 percent in 2018. Urban and mixed-urban counties saw the greatest increase in minority populations.

Changes in demographic trends are driven by in-migration, out-migration, births and deaths. While these processes may look very similar statistically, and result in counties that have similar profiles, they reflect a wide variety of economic factors and circumstances.

Population growth, or the lack thereof, has tremendous impacts on the vitality of a place. An influx of older adults can provide both new opportunities  and challenges in the region, while the share of working age adults greatly impacts the labor market. The region as a whole continues to be a dynamic place.