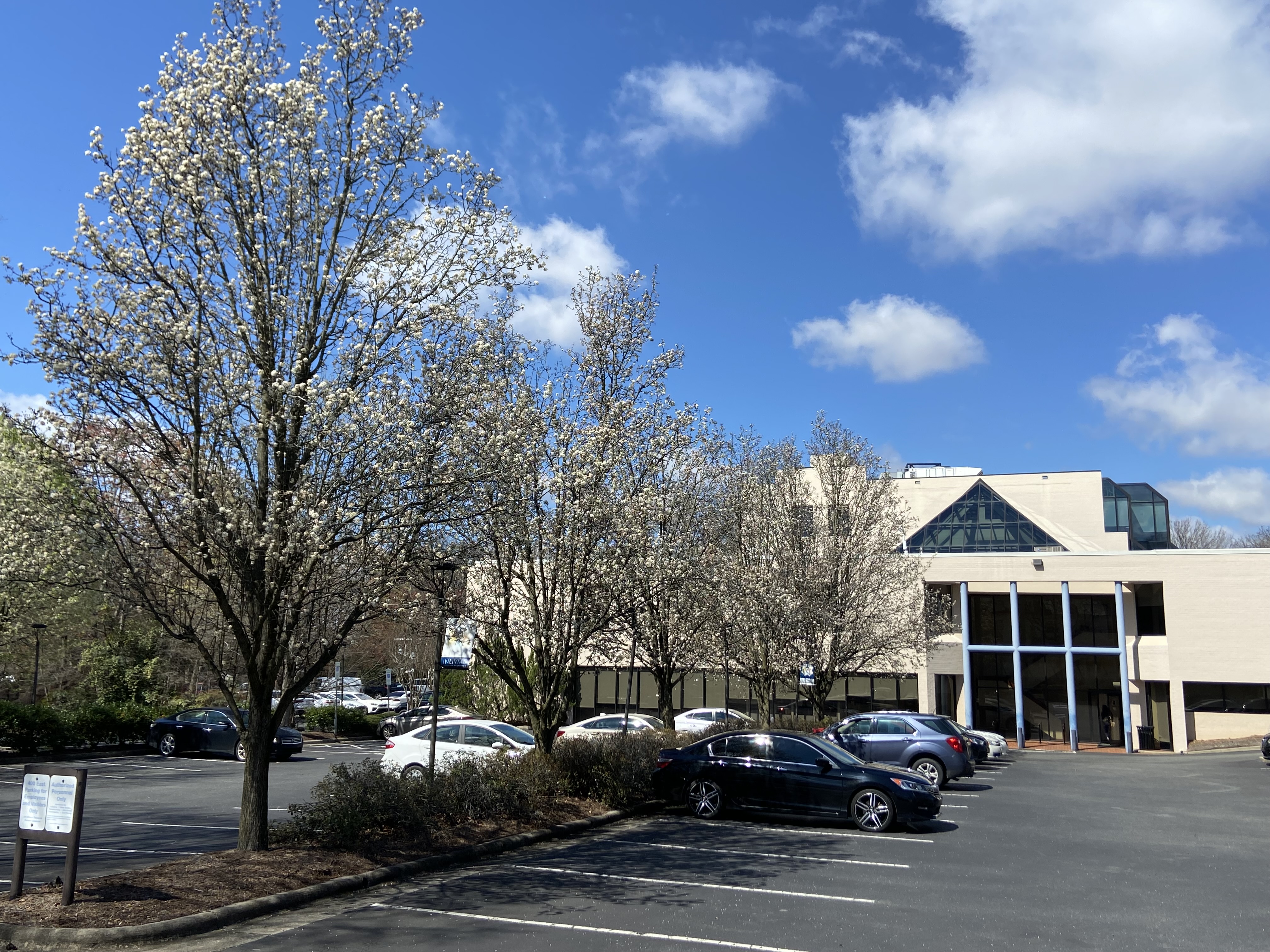 Bradford pears are a problem. For years, I didn’t want to admit it. I’d drive the highways of the Piedmont and the backroads of the Uwharries in early spring, noting the occasional white-blooming tree at the edge of the woods and trying to convince myself they weren’t as invasive as privet. And then came the fateful day I spotted an eye-popping thicket on a tract of fallow land along Highway 49 just outside of Harrisburg. Bradford pears seemed to account for at least half the trees that had sprouted on that neglected site. This was clearly not an intentional planting. In an instant, I was forced to acknowledge the true risk to natural areas and timberland across the Piedmont.

Once a prized ornamental, the Bradford pear has now become the bane of homeowners, city arborists, foresters and conservationists. This scourge is the byproduct of a quest to make the common pear (Pyrus communis) more resistant to fire blight by using the callery pear (Pyrus calleryana) as rootstock. During these trials, one of the callery pears proved to be tough, adaptable, fast-growing, attractive and barren. An astute plantsmen realized this suite of attributes made it perfect for the landscape trade. The ‘Bradford’ cultivar was grafted onto callery rootstock and unleashed in the 1960s, primarily as street trees.

They became wildly popular, but their faults soon became apparent. Their blooms are a lovely harbinger of spring, but their fragrance is a rank scent akin to dead fish. Their dense growth and tight branch structure make them vulnerable to splitting – in an ice storm, of course, but even a heavy rain. Their average lifespan is relatively short, so removing them created a financial liability.

[New York Times: Why the Bradford Pear is Plaguing the South]

A Bradford pear might not be able to reproduce with itself, but it isn’t sterile. It can cross pollinate with fruiting pears as well as subsequent cultivars such as ‘Aristocrat’ and ‘Cleveland Select’ or with sprouts from its own rootstock. The resulting trees revert to the straight species, a native of Asia. They produce small, unpalatable fruits, which allows them to spread via seed. In addition to being invasive across the Southeast – supplanting native species while providing little benefit to local wildlife – these wildlings produce ghastly four-inch thorns strong enough to injure livestock or puncture tractor tires. Bringing in the specialized equipment needed to control them can get very expensive.

In the Uwharries, we try to attack them quickly, before they get established and become another source of seeds. They lurk at the edge of loblolly plantations, just waiting for the day we cut the timber. They also pop up in early successional habitat and bottomland fields being reforested with hardwoods. 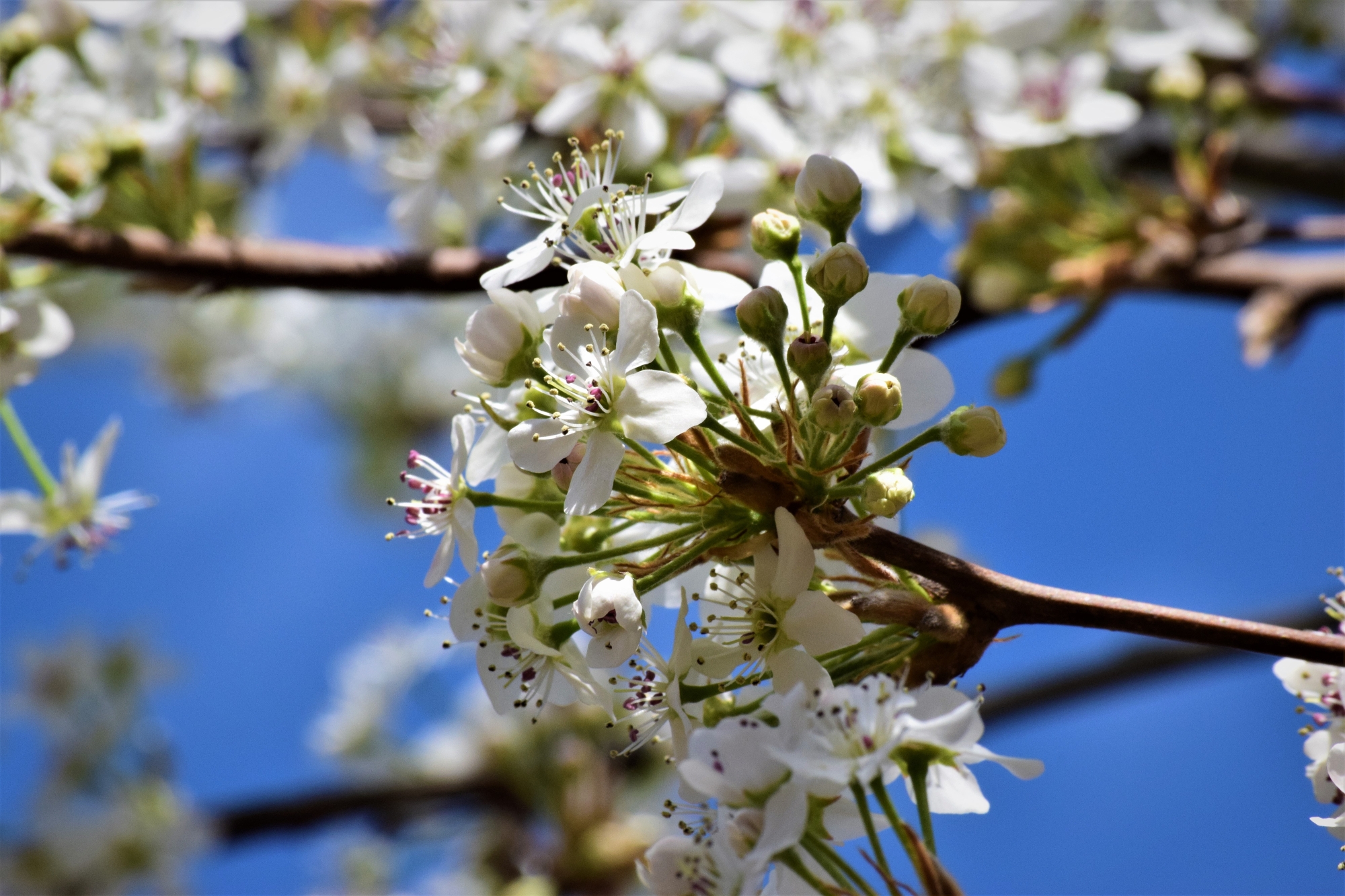 David Coyle, an assistant professor at Clemson University’s Department of Forestry and Environmental Conservation, has led a crusade against the Bradford pear for years. South Carolina recently outlawed their sale, beginning in 2024. Our sister state is also three years into a “bounty” program. Homeowners who provide proof of removing a Bradford pear — a receipt from an arborist or a selfie taken with a cut tree — can claim a free native tree as a replacement.

Efforts are now underway to help North Carolina catch up to its neighbor. “Everyone had been seeing this as a problem and was eager for a chance to collaborate and start a project,” said Jennifer Rall, an urban forestry specialist with the North Carolina Forest Service.

[Find out more at treebountync.com]

Their first event will be held in Greensboro on April 23, 2022. The partners hope to offer an array of native trees such as dogwood, redbud, serviceberry, and oaks. Demand has already outstripped supply. They’re able to provide about 200 three-gallon trees, thanks to a mix of public and private funding. But within a week of the online registration going live, the bounty hunters had already received requests for 390 trees.

They’d planned to generate interest by getting coverage in the Greensboro media, but that wasn’t needed. Cities and towns across the state are now clamoring to host bounty events. The partners hope to make this program accessible across North Carolina, both geographically and financially.

“We realize not all homeowners have the tools or skills to remove a tree themselves or the funds to hire a professional,” Rall said. To address that need, they’re working with a local tree service to do the removals at a discounted price.

Some foresters worry that simply cutting down Bradford pears might not always be sufficient, especially given their tendency to resprout from the rootstock. The US Forest Service is currently researching the best methods of chemical control. One thing’s certain: whatever kinds of bounties and removal programs we use, it’s going to take everything in our arsenal to fight these outlaw trees.