Planning and Responding to Disasters: A Risky Proposition 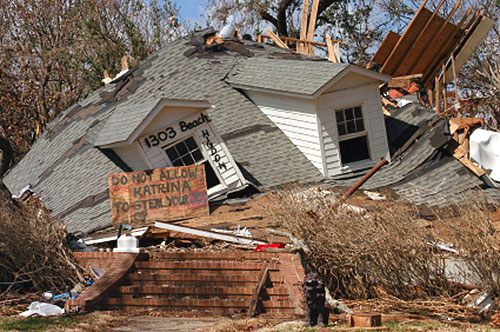 “Which is more likely to kill more Americans in the US in the next year, a nuclear meltdown similar to Chernobyl  or a hurricane similar to Katrina?”

(Please write down your answer, and then read on…)

Catastrophes such as Hurricane Katrina, the 9/11 terrorist attacks, or the earthquake, tsunami and nuclear meltdowns in Japan draw our attention and inevitably lead to calls for major changes in public policy. After Katrina, some called for a fundamental rethinking of the size of New Orleans; after 9/11, government agencies were told to better “connect the dots” to prepare for future attacks; after the tsunami, many are reconsidering the value of nuclear power. This reaction is not surprising. And neither is the fact that you probably wrote down a “nuclear meltdown” instead of the correct answer, “hurricane,” in response to the question at the start of this article.  Even if you had to really think about the answer before selecting “hurricane” over “nuclear meltdown,” you have fallen victim to common decision-making pitfalls.

Decades of research in cognitive psychology suggest two reasons why most people would conclude, incorrectly, that a nuclear meltdown is more likely than a major hurricane. The first is known as the “availability” heuristic.  There has been recent and intense media coverage of the meltdown in Japan. Yet we have only seen one such accident in the US, Three-mile Island in 1979, where few if any were killed by radiation exposure1 . In reality, a category 5 hurricane is much more likely and much more deadly. Katrina alone is responsible for approximately 1200 reported deaths, including about 1000 in Louisiana and 200 in Mississippi2 . According to the Risk Management Monitor, there is a 72 percent chance that at least one major hurricane will make landfall on the U.S. coastline in 2011, and a 47 percent chance that a major hurricane will make landfall on the Gulf Coast from the Florida Panhandle west to Brownsville3 . But the “availability heuristic” causes citizens and policymakers to often downplay or ignore entirely the threat of a catastrophe that has not occurred in the recent past.

Politicians and citizens are risk adverse. Who wants to be the one who evacuates an entire area when the storm dies out before landfall? Likewise, who wants to spend money on storm proofing their home when they cannot be certain if and when it may hit, but they know they could be driving a newer car?  Before Katrina, experts warned for years about a category 5 hurricane striking New Orleans. The risk was great and several category five storms had struck this area before including Carla (1961), Betsey (1965), and Camille (1969). But there had been a substantial period of calm in that region for decades. Politicians were reluctant to spend the money to fix the levees when there were more immediate problems such as unemployment. Spending money on levees would not pay off politically if the storm did not occur in the near future. Building a new stadium or convention center would improve the city immediately.  The federal government had started a planning exercise for a mock hurricane exercise called “Hurricane Pam” after Hurricane Andrew devastated Florida. Yet, the exercise was abandoned part way through and many of the plans were left empty, containing “TBA.”  The terrorist attacks on 9/11 caused many to shift their focus to homeland security, and FEMA was downgraded from an independent agency and brought into the fold of the new Department of Homeland Security.

But the onset of a catastrophe makes it much easier to imagine that another such event could occur in the near future, even though it fades quickly from our minds.  In the case of the tornados that recently hit North Carolina, the news media framed the storms as “unpredictable.” But actually we knew they were coming more than a day in advance.  Word just did not get out as quickly as it should to the people who were at risk and now there is discussion of changing the policy. Likewise, initially political leaders in New Orleans questioned whether we should rebuild low lying areas  of New Orleans after Katrina. Many residents did not move back. But after six years, the levees have still not been fixed to withstand a category 5 storm and there has not been a systematic reappraisal of the value of rebuilding most neighborhoods.

The second psychological bias in estimating risks is “loss aversion”. This means that people feel the pain of setbacks—such as the damage caused by a catastrophe—especially intensely. They will support new and innovative policies that promise to prevent similar losses in the future, even if these policies have a high risk of failing and the catastrophe is less likely or just as likely to occur in the near future.

But in many cases, these pressures to “do something” after a catastrophe result in few real changes in public policy. New Orleans is being rebuilt, but not in ways that fundamentally reduce the city’s vulnerability to future hurricanes. As mentioned, many low-lying areas of the city remain inhabited, restored levees are not much better at resisting floods than were those in place in 2005, and there have been few successful efforts to prevent the encroachment on marsh lands in the Mississippi delta that provide crucial protection from floods. The Department of Homeland Security was created after 9/11 to improve counterterrorism coordination. But this new department left out some agencies with the most crucial counterterrorism responsibilities, such as the Federal Bureau of Investigation and the Central Intelligence Agency.

All too frequently, then, we see governments continuing to implement the same policies that a catastrophe has discredited as too little and too late. Why is this the case? One very important reason is that developing and implementing policies to address catastrophes requires contributions from many “stakeholders”. These include elected political leaders who decide on policies, agencies at the local, state, and federal level who implement policies, non-profits such as the Red Cross that provide important services before and after catastrophes, and private firms that control much of the critical infrastructure destroyed by catastrophes. These stakeholders often disagree about how to change policy after catastrophes. Some of these disagreements might reflect different understandings of the threats posed by catastrophes. Catastrophes are rare events, and stakeholders fortunately have few opportunities to experience and learn from them. Other disagreements reflect different interests and priorities. New policies inevitably redistribute authority and money among stakeholders, and those who would lose out might oppose such changes.

These stakeholders cannot in practice be required or forced to contribute to such policies; to a great extent, each contributes to a new policy only when doing so is in its interest. Many stakeholders also can in effect veto new policies that they think are unwise. Such conflict among stakeholders has three implications for how societies respond to catastrophes. First, catastrophes might not lead to the introduction of new policies. Stakeholders might continue to implement existing policies even when these have been shown to be ineffective because they cannot agree on new policies. Second, efforts to reform will focus on easier to implement changes. For example, stakeholders might be able to agree to largely cosmetic “reorganizations” that do not really change the allocation of resources or responsibilities very much. Third, stakeholders themselves recognize their limited ability to coordinate, and may try to develop capabilities internally even if this translates into less efficient policies based on specialization.

This conclusion that policy does not often change after catastrophes has two implications. First, this stability in policy might actually be a good thing. A political system that makes it difficult to implement new policies is useful if the extant policy is the optimal one for addressing a catastrophe. Such a system prevents policymakers from throwing out the baby with the bathwater. But it is bad if the extant policy has serious shortcomings, since these are difficult to change. In practice, it is likely that most extant policies have both strengths and weaknesses, so the response to a catastrophe will retain some suboptimal policies. Second, political leaders and managers in the public and private sectors need to be aware that stakeholder vetoes are particularly prevalent in catastrophe policy, and to implement policies that take account of this.

Jim Walsh is an assistant professor and associate chair in the Department of Political Science at UNC Charlotte. He can be reached at jwalsh@uncc.edu.

1No one died directly as a result, although researchers disagree on whether the exposure increased the rate of cancer in the two million persons living in the area.

2In an average three year period, roughly five hurricanes strike the US coastline, killing approximately 50 to 100 people anywhere from Texas to Maine. Of these, two are typically "major" or "intense" hurricanes (a category 3 or higher storm on the Saffir-Simpson Hurricane Scale).US. National Hurricane Center.
http://www.nhc.noaa.gov/HAW2/english/history.shtml