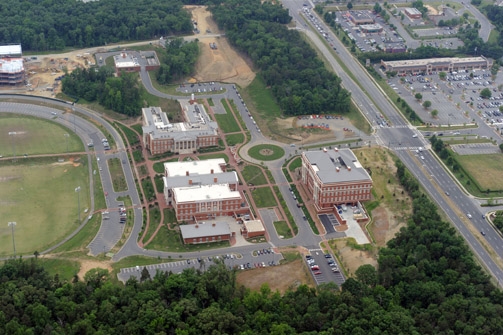 In the early 1950s the not yet established Research Triangle Park (RTP) was pitched to Governor Luther Hodges as a cluster of “two medical schools, two engineering schools and a core of preeminent researchers in every field of science.”  Hodges response: he called the presenter (a dean at NC State College) a “huckster.”[i] North Carolinians are fortunate the Governor was mistaken; RTP created more than 40,000 jobs and made the eastern Piedmont of North Carolina one of the most affluent portions of the South. The RTP strategy for economic development (mixing university faculty with applied research scientists and facilities) eventually became the envy of transforming economies worldwide.

Improvements currently underway to North Carolina’s passenger rail system have created a second cluster of “two medical schools[ii], two engineering schools and a core of preeminent researchers in every field of science” – a potential second research triangle cluster bounded by Charlotte, Greensboro and Winston-Salem.  The proposed Western Research Triangle (WRT) is anchored by four research universities: UNC Charlotte, Wake Forest University, UNC Greensboro and NC A&T University.  When linked by high speed rail[iii], travel time between the most distant universities in the WRT will be approximately one hour, similar to rush-hour commute times in the RTP area.

The WRT region universities are generally more advanced than the three Triangle area universities were at the dawn of the RTP. There are strong, complementary, research programs spread across the WRT universities in biotechnology, nanotechnology, geospatial technology and engineering among others. A significant medical cluster will exist thanks to the Wake Forest University School of Medicine, an emerging medical school in Charlotte and existing nursing programs at UNC Greensboro and UNC Charlotte. Once connected, Charlotte, Greensboro and Winston-Salem will create a cluster of existing universities, human capital and applied research facilities that are of similar scale to the Research Triangle area. Most importantly the WRT region has low business costs and possesses the support services necessary to foster the entrepreneurship which will spring from the research cluster.

In addition to creating clusters of universities, the rail system will tie a large concentration of existing applied research facilities into the WRT orbit (see a partial list below). In addition to the research laboratories, substantial logistical facilities within the WRT provide opportunities for advanced manufacturing which is rare in research clusters. The majority of the facilities listed below are within three miles of the rail network.

Clear complements exist in medicine, nanotech and aerospace. While the WRT currently lacks a single core focus, successful research districts generate long-term value from connecting previously divergent fields of knowledge. Given the difficulty of predicting the nature of future research, modern research clusters seek to maximize the number of opportunities for face to face interaction between scientists, financiers, technicians and designers[ii] in an effort to maximize innovation.  An existing rail connection between the WRT and RTP should provide additional opportunities for interactions.

As proposed, the WRT has several significant advantages over the RTP. First, the availability of a passenger hub airport in Charlotte, a regional passenger airport in Greensboro and an airfreight hub in Greensboro give the region an unusually high degree of accessibility. Second, the diversity and size of the WRT economy provides a substantial number of employment opportunities to retain recent university graduates as well as accommodating the trailing spouses of new arrivals. This critical mass of employment opportunities within an hour commute will make the region increasingly attractive to skilled workers. Third, a variety of residential choices are available at the nodes (and intermediate stops) of the rail network will provide a wider range of residential choices for workers than found in most other research clusters. Fourth, the physical extent of the WRT offers substantial amounts of space to firms, which keeps costs low for new businesses. Finally, the core connectivity provided by the (existing and proposed) rail network will be unaffected by highway congestion and has sufficient capacity to accommodate substantial growth.

Other than the proposed Charlotte medical school and upgrades to the existing rail system[iii] the WRT is built upon existing institutions and infrastructure. By leveraging existing facilities, the total development costs should be comparable to the costs of smokestack chasing but bring much more substantial benefits. The rail and medical school expenditures on the WRT are investments in permanent, productivity enhancing, infrastructure rather than payments to firms.

The RTP is a masterpiece of post-industrial economic development policy; the WRT offers North Carolina a chance to build on that success.  If successful, the benefits of job growth and wealth creation are clear. Less tangibly, the WRT offers an opportunity to strengthen economic connections between Charlotte and the Triad – such regional integration is vital in an era of globally competitive economic development.

[ii]Since interactions between scientific workers are focused on the development of new ideas and problem solving, face to face discussion is necessary to provide efficient feedback and visualization while communicating the untested concepts. Novel ideas are difficult to codify in text and transmit via telecom. See Zook, M. 2004. “The Knowledge Brokers: Venture Capitalists, Tacit Knowledge and Regional Development.” The International Journal of Urban and Regional Research. 28(3): 621-641 for discussions on the importance of face to face communications and Pink, D. 2005. A Whole New Mind: Moving from the Information Age to the Conceptual Age. Riverhead Press  for discussions on the importance of creativity in modern innovation.

[iii] The state owned North Carolina Railroad (NCRR) connects Charlotte, Greensboro and Raleigh. Winston-Salem is currently connected to the state-owned Charlotte-Greensboro line via both the Winston-Salem Southbound RR to Lexington and the Norfolk Southern O-Line route to Mocksville, Mooresville, Davidson and Charlotte (approximately one-third of this route is slated for upgrades for Charlotte commuter rail). Upgrades to the Norfolk Southern route between Winston-Salem and Greensboro have been discussed as a part of a Triad area commuter rail service.