Should Charlotte do more to preserve its history? 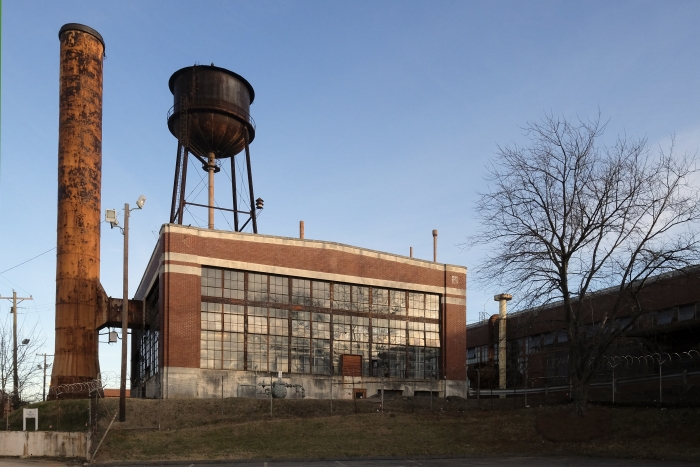 There’s been a lot of talk lately in Charlotte about the value of older buildings and what we should do to save them, spurred by the Excelsior Club’s possible sale and demolition.

For a fast-growing city with leaders who have long been spurred by the promise of more development and an ever-bigger, ever-shinier skyline, it can be hard to preserve the past. Charlotte has a reputation for tearing down its past to make way for the future, with casualties that include notable buildings such as the Masonic Temple, Independence Tower and Hotel Charlotte (imploded as part of a David Copperfield television special - the video is embedded below).

Still, there are bright spots. Former mills and factories have found new life in projects like Camp North End (creative office, retail and eventually residential in a former factory and distribution center), Optimist Hall (a food hall, restaurant and office development in an old mill) and Brewers at 4001 Yancey (a joint brewery and office development in a former fiber byproducts-processing building).

Dan Morrill, longtime historic preservation advocate and consulting director of the Charlotte-Mecklenburg Historic Landmarks Commission, has started a group to close what he sees as gaps in the local preservation landscape. Called Preserve Mecklenburg, the newly incorporated nonprofit will focus on using preservation easements and selective infill development to ensure properties are maintained in perpetuity.

“We need to have a private preservation group that uses real estate tools,” said Morrill, who co-founded the group with local financial advisor Frank Bragg. In addition to buying historic properties (in whole or in part), Preserve Mecklenburg plans to connect interested sellers with buyers who agree to preservation easements on the historic parts of properties, allowing them to do infill development on the surrounding land.

“We want to be very narrowly focused,” said Morrill. His hope is that Preserve Mecklenburg is able to act quicker and be more flexible than the Historic Landmarks Commission, which has its own, $9 million revolving fund to purchase endangered properties. Morrill said that bringing in the private sector will be key to Preserve Mecklenburg.

On WFAE’s “Charlotte Talks” this week, architect and UNC Charlotte professor emeritus David Walters said preservation needs to pay attention to ordinary buildings (like those old mills, warehouses and other commercial buildings being redeveloped into breweries, coworking spaces and other new businesses), as well as iconic structures like the Excelsior Club.

“We don’t want to forget about the average stuff, which is really important to preserve and work with,” said Walters.

“You need both,” said Morrill.

There’s a misperception that once something is designated as a historic landmark by the local commission, it cannot be torn down. But that designation only allows the commission to delay demolition for up to a year, after which the owner can proceed. The same applies to properties in Charlotte’s six historic districts, such as Dilworth and Wilmore.

Preserve Mecklenburg has already been involved in the effort to save the Excelsior Club - a designated landmark and for decades an icon and gathering place for Charlotte’s African-American community - which has been on the market for $1.5 million. An undisclosed buyer from California has put the property under contract, but details like the sales price future plans haven’t been released.

“Losing this property, with the history and uniqueness that it has — it would be noticed,” Michael Sullivan, another co-founder of Preserve Mecklenburg, told the National Trust for Historic Preservation. The national group put the Excelsior Club on its “Most Endangered Historic Places” list last month.

City Council member James Mitchell said at a committee meeting last week that he’s still interested in exploring a city-county partnership to purchase the Excelsior Club and find some way to preserve it, possibly as a museum. It’s not clear how much such an effort would cost - the building needs more than $400,000 worth of repairs, in addition to the purchase price. But some on council are receptive to the idea.

Said council member Matt Newton: “Way too often we’ve been inclined to tear down our history within this city, and we need to do a better job of preserving it.”

Morrill said Preserve Mecklenburg has worked on two possible deals for local properties. The Edgewood Farm, on Eastfield Road in north Charlotte, just south of Huntersville, is a 20-acre property with a historic, 1840 farmhouse for sale. Morrill said the prospective buyer, a developer Preserve Mecklenburg connected with the seller, has agreed to preservation easements to keep the house, as well as maintain about half the site as open space.

“Those things are going to be preserved in perpetuity,” said Morrill. He said Preserve Mecklenburg also has an option to purchase a three-acre site on Mecklenburg Avenue, which has a historic home on it and is being marketed for sale as a possible subdivision and eight-lot redevelopment opportunity. He’s hoping to find a buyer interested in preserving the Victor Shaw House before the option expires at the end of the year.

[Watch below: An epic David Copperfield escape from the Hotel Charlotte's implosion]