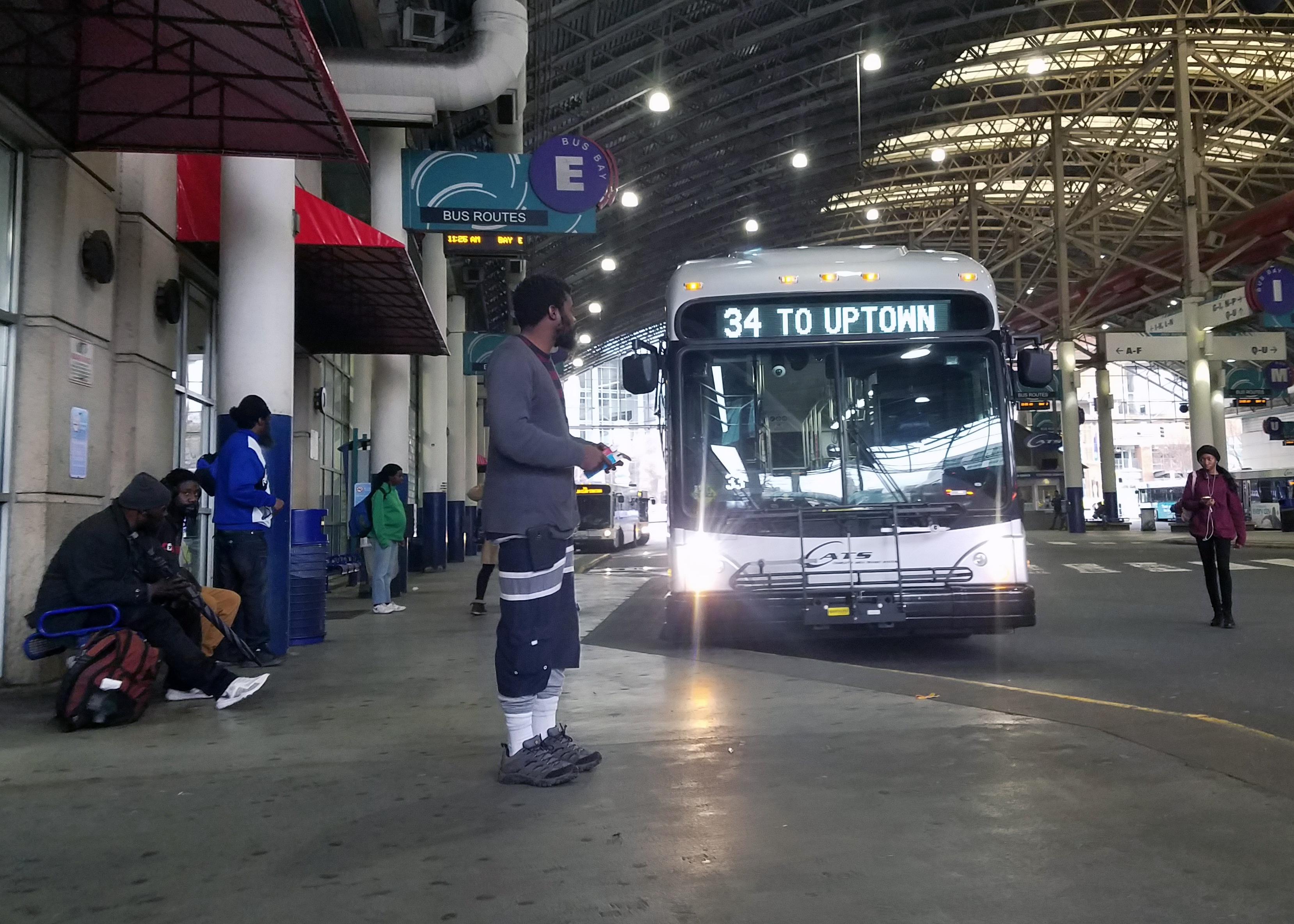 There’s been a lot of planning lately for Charlotte’s growing transit system, with new rail lines, improved bus service and the first inter-county transit links in the works — as well as questions about how to pay for that growth.

But one Charlotte City Council member raised a different idea this week at the group’s annual retreat in Durham: How about getting rid of fares altogether?

“We should make it free,” said Braxton Winston, an at-large representative and member of the council’s transportation and planning committee. After the meeting, Winston said he wasn’t just speaking hypothetically, and that fare-free public transit is something he’ll push for in Charlotte.

Doing away with fares and letting everyone ride has been a hot topic in transit circles lately. Kansas City, Mo., recently became the first major U.S. city to eliminate fares. Its city council voted in December to make bus rides free for everyone in the city, at an annual cost of about $9 million.

It’s an idea the Charlotte Observer recently endorsed: “Eliminating fares makes public transportation more accessible to lower-income residents, giving them more options for a ride to work or school and opening up greater employment opportunities over a wider geographic circle. Increased bus ridership also could pull more cars off the road, which is environmentally friendly and perhaps slightly helpful with congestion.”

A one-way, adult fare costs $2.20 for Charlotte Area Transit System local buses and the Lynx light rail, as well as unlimited monthly passes for $88. Reduced, $1.10 fares are available for people over 62, K-12 students or people on Medicare.

At the retreat, Assistant City Manager and Chief Planning Director Taiwo Jaiyeoba said cost of eliminating fares could be prohibitive for such a proposal in Charlotte.

“We know that’s a big deal right now because of what Kansas (City) has done, but the cost of that is huge,” said Jaiyeoba. “We have to be mindful of that as well.”

Still, even though customer fares account for only a relatively small share of the system’s operating costs, taking any revenue from the transit system could be tough. That’s because CATS is pursuing a major expansion, as well as improvements to the bus system that will come with a big price tag.

The Silver Line (a new light rail line from Gaston County, past the airport, around uptown and out to Union County to the southeast) is sure to cost billions. An exact estimate won’t be available until CATS completes more planning, for which City Council recently agreed to pay $50 million. And CATS is examining how to expand the light rail system to Ballantyne, as well as potentially north to Cabarrus County.

[Related: Charlotte is ‘on the cusp’ of its first true regional transit plan]

Meanwhile, ridership on the bus system has dropped sharply in recent years. Local bus ridership was down about 4 percent through October, to 3.9 million rides.
The decline is cumulative: Between 2013 and 2019, local bus ridership fell by almost one third.

To fix that, CATS has implemented a program called “Envision My Ride.” It’s meant to realign routes, cut travel times and increase the frequency of buses to reduce how long people wait.

More than half of bus routes only see a bus every 45 minutes — some even less frequently. If riders miss one, they might waste an hour waiting for the next. That’s not practical if you need the bus to go to work, or an appointment.

“Time is the most precious commodity,” CATS chief executive John Lewis said last month. An inefficient bus system becomes “only something that people who don’t have alternatives would ultimately use.”

“If it’s gonna take you 90 minutes to get you somewhere, who would take it?” asked Lewis.

Reducing wait times on the whole bus system to 15 minutes or less — a key metric for attracting riders — could help reverse the trend of falling ridership. But Lewis has said that would require $32 million a year in additional operating costs and $50 million to $60 million in capital costs to buy more buses.

And that could make eliminating fares an unpalatable proposition.

[Related: Charlotte is trying to get you out of your car and onto a bus]

That’s the conundrum Kansas City faces. Most of the city’s buses run at 30 to 60 minute intervals. As CityLab put it in a December article: “Free access to a bus that rarely comes isn’t necessarily helpful.”

A 2019 survey by TransitCenter of riders in seven cities found transit users, even low-income riders, rated improving service (reliability and frequency) as much more important than lowering the cost of fares.

But as Charlotte grapples with rising traffic and how to pay for its transit dreams, it’s clear the city will have to get creative.

Mayor Pro Tem Julie Eiselt put it this way at the retreat: “We’re really talking about making some bold moves in transportation. We’ve got to start talking about how we're gonna pay for it and what it’s gonna cost.”