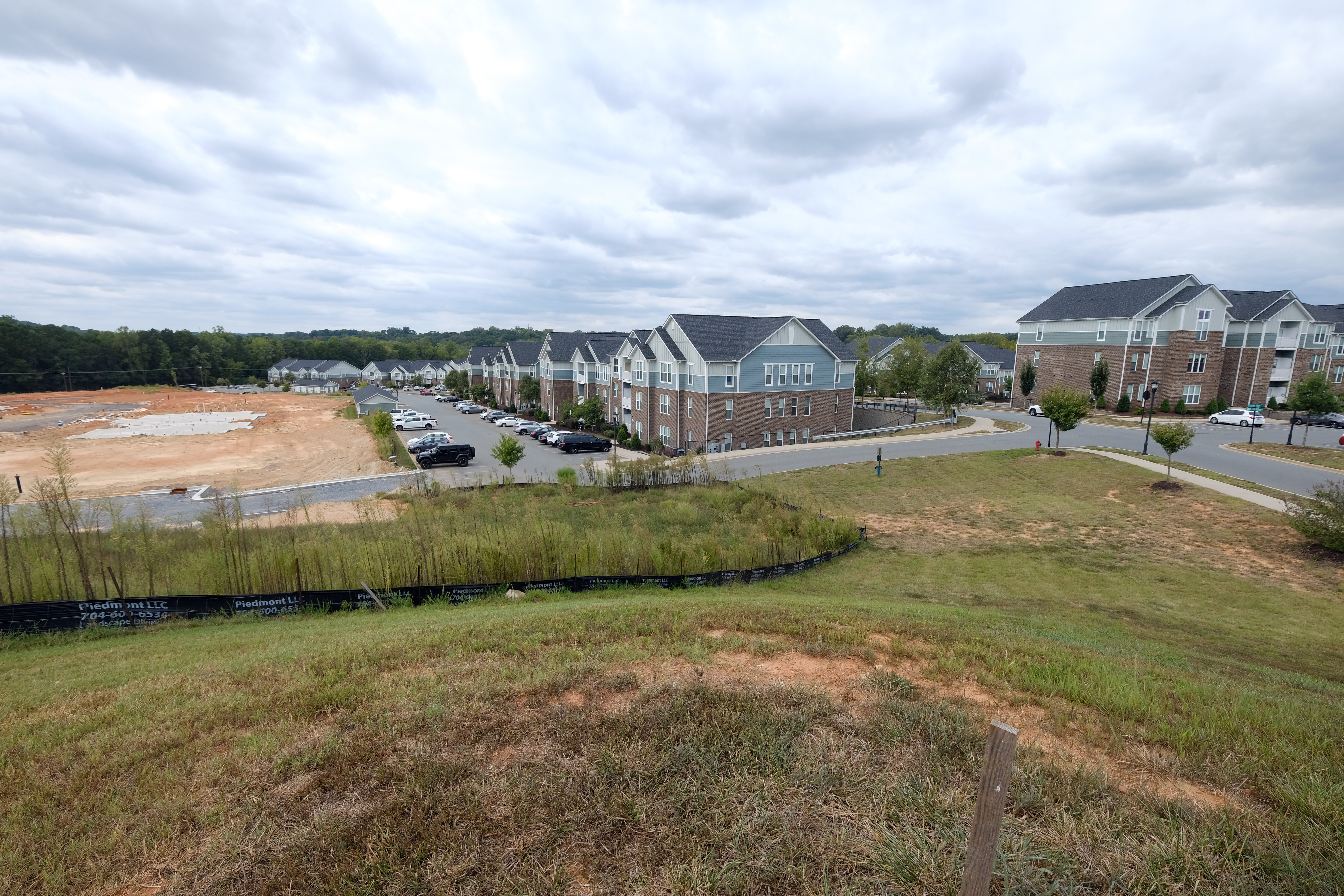 In Gastonia, construction is underway on the Parkside on Hudson apartments, an 80-unit, garden-style affordable housing development that will offer a gazebo and picnic shelter -- for monthly rents mostly ranging from $600 to $800.

Early next year, work is expected to start on the first project in Mooresville under the town’s new zoning ordinance, allowing for higher density if developers agree to mix affordable and workforce housing with market-rate units.

And Nov. 7, elected officials, planners, business leaders and others from Cleveland, McDowell, Polk and Rutherford counties west of Charlotte gathered for their first housing summit. The nearly 70 people in attendance discussed what’s become the region’s hot topic: housing affordability and how to develop a housing strategy.

The jurisdictions “all consider this one of their top priorities,” said Scott Dadson, executive director of the Isothermal Planning and Development Regional Commission, a planning and housing organization which organized the summit. The commission’s board will consider creating a regional housing task force.

“They all had a real keen interest in better understanding their role in it,” Dadson said.

Although housing affordability is often thought of as an issue in big cities, rural and suburban communities alike are struggling with the affordable housing crisis. And, like Charlotte, smaller communities are trying to figure out how to deal with the ballooning problem with limited resources. Regardless of where people are choosing to live, salaries aren’t keeping up with rapidly increasing housing prices for both renters and buyers.

Research by the UNC Charlotte Urban Institute, as part of the Carolinas Urban-Rural Connection project, shows that rural and urban areas are nearly equal in the share of households that are cost-burdened. That means they spend more than 30 percent of their income on housing.

Across the 32-county project region, an average of 27 percent of households are grappling with housing costs. In four of those counties — Gaston, Cleveland, Mecklenburg and Richmond — more than 30 percent of the households are cost-burdened.

Local officials in towns and small cities in recent years have begun taking a multi-pronged approach to the housing problem. These efforts include reviewing zoning rules to allow for more multifamily housing and other changes, programs that provide down payment assistance to first-time homebuyers and grants to homeowners to make critical repairs, as well as public-private partnerships with developers.

“Just like a lot of communities in the Charlotte region, we are working to address affordable housing with the resources we have available to us,” said Terrell Blackmon, Mooresville’s community and economic development manager. “We have a blueprint and now we are working on implementation and identifying financial resources. We are continuing to identify policies and best practices in other communities that maybe we can replicate here.”

Gastonia officials are using city-owned property to attract investment from developers to build lower-priced units by reducing the cost of land. In one downtown project, the city has installed water and sewer lines on a nearly two-acre site and is beginning to seek bids from developers to build nine affordable single-family houses. City officials also are exploring partnerships with local nonprofits.

And the council is supportive of developers who are interested in building affordable housing in the community. For the Parkside on Hudson project, for example, developers secured federal and state tax credits for construction, while local officials approved a request for annexation of the property and a rezoning to allow it to happen.

“We are in the process of updating our zoning ordinance,” said Quentin McPhatter, Gastonia’s assistant city manager for economic development and development services. “We are working on the section dealing with multifamily. One way to address affordable housing is with more multifamily housing.”

In Kings Mountain, work will begin next year on 228 affordable single-family homes for first-time buyers, after the city entered into a wastewater treatment agreement with the developer. After a year of study, a housing committee will soon recommend a housing locational policy to the city council for approval.

“We really want to make sure we are providing housing for everyone,” said Marilyn Sellers, the Kings Mountain city manager. “Growth is coming in this direction. We’ve laid the groundwork and been proactive.”
A key issue in rural areas, said Stuart Gilbert, the city’s director of community and economic development, is access to water and sewer lines. “We’ve also looked at what else can the city of Kings Mountain do to provide more housing, given the fact that our existing housing stock is decades old.”

Mooresville town officials adopted a comprehensive housing policy in 2016, a decision that has led to the initiation of several programs. As a way to help homeowners remain in their homes, the town offers grants and low-interest loans for critical repairs such as roof replacements and heating systems. About $75,000 was spent on the program last year; $150,000 is in the current budget.

A year-old down payment assistance program for first time homebuyers has helped three families so far. Under the program, families receive as much as a $7,500 loan, which is forgiven over five years. Officials also adopted an inclusionary zoning ordinance last year, which allows developers to obtain additional housing density for including workforce housing units in their projects.

The first project to use that zoning designation, The Revere at Mooresville, will include 424 apartments, with 82 of them workforce housing units. Another developer is considering a project using the ordinance, officials said.