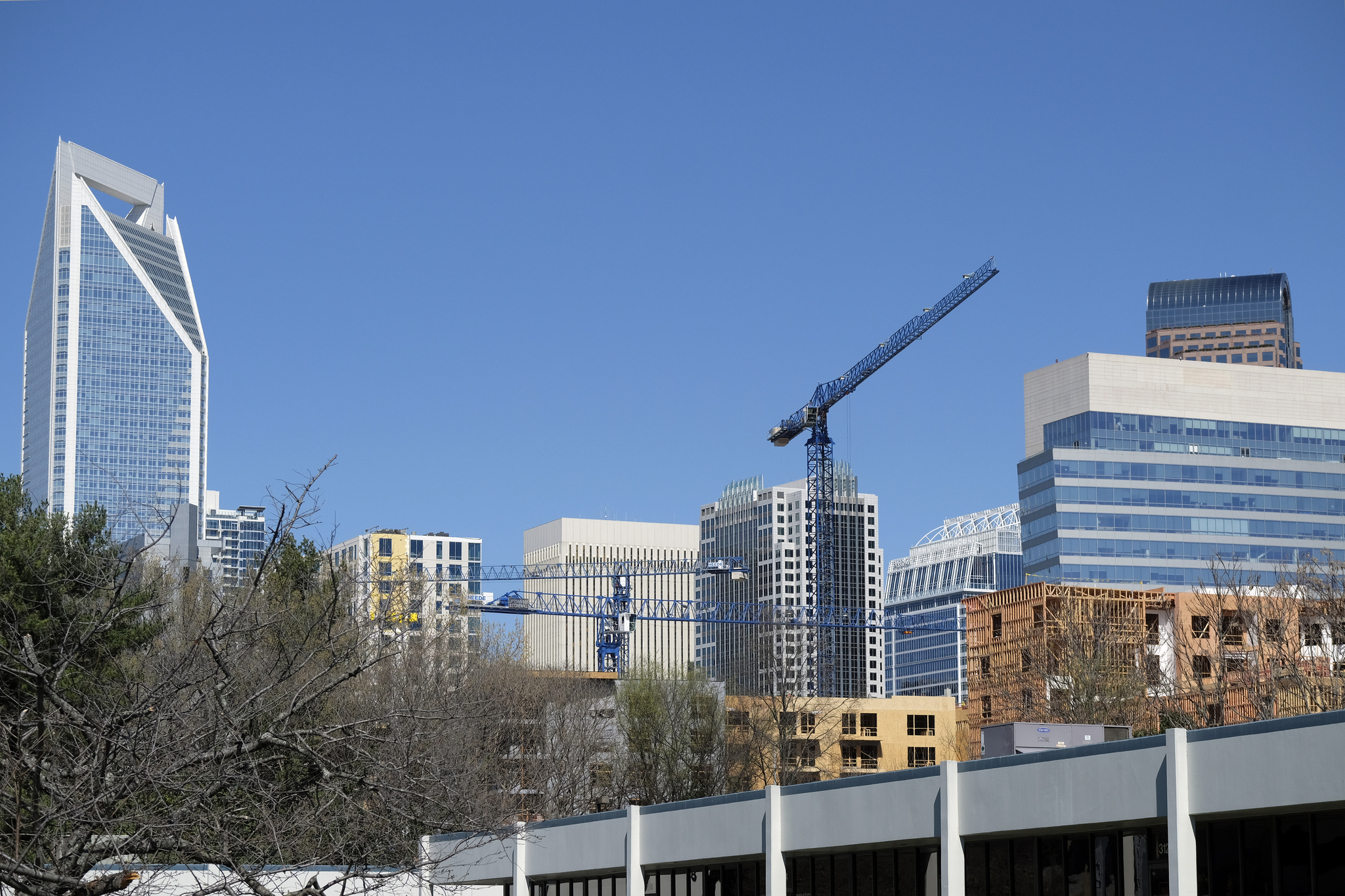 Nearly five years ago, Amber Lineback bought a bungalow in Charlotte’s Plaza Midwood neighborhood not only to enjoy the eclectic community and its proximity to Uptown, but as a place where her parents might one day live too.

She built a garage with a second-floor furnished one-bedroom apartment, featuring a full kitchen, washer, dryer and separate entrance. She gave it an elegant name: The Plaza Midwood Carriage House. Then she became an Airbnb host.

Her apartment, Lineback said, has a high rental rate, “enough to feel that I am getting a return on my investment but not so much that it feels burdensome.”

Across Charlotte and Mecklenburg County, thousands of others similarly have joined Airbnb’s home-sharing community, allowing strangers to rent condos with uptown views, inner-city bungalows, garage apartments, extra bedrooms and houses nestled in the suburbs. The number of people opening up their homes for pay is increasing rapidly, and has turned Mecklenburg County into one of the top Airbnb locations in North Carolina, second only to the Blue Ridge Mountains city of Asheville.

For now, this growing group of entrepreneurs faces few regulations about the operation or safety of their short-term rentals in Charlotte and elsewhere across the state. State and local governments, however, collect  sales taxes from customers, and in some cases collect occupancy taxes. In some communities, neighborhoods and condominium complexes governed by homeowner associations have banned short-term rentals.

Data from AirDNA, a California-based firm that analyzes short-term rental data from Airbnb and other home-sharing businesses, shows there were nearly 1,300 hosts in Charlotte in 2018. These hosts, some with multiple listings, offered nearly 2,000 rentals. Nearly 60 percent were listings for whole condos, apartments or houses.

“I was very nervous at first having people stay on my property,” said David “Elvis” Vrolyk, who transformed the garage at his Plaza Midwood home into a studio apartment and named it Svartkub, which means black cube in Swedish. “I went back at first and talked to them to kind of scope them out. The experiences for the most part have been great.”

Airbnb’s swift growth since it began in 2008, as well as the popularity of web-based booking sites such as VRBO and HomeAway, has prompted some cities across the country to adopt regulations that restrict the rental of entire houses and the number of rentals a single host can operate. For the most part, these restrictions have been prompted by concerns about the impact of short-term rentals on the availability and cost of housing for long-term residents.

In Charlotte, there are currently no regulations guiding the operation of short-term rentals. However, questions about whether any are needed are likely to surface over the next few years as the city overhauls its various development and zoning ordinances into a unified development ordinance. Zoning laws do impact Airbnb hosts who make physical changes to their properties. Those who turn garages into apartments or add a second-floor living space over them, for example, must meet zoning guidelines for accessory dwelling units.

So far, several cities have adopted regulations, including Asheville and Wilmington, where ordinances prohibit whole-house rentals in residential neighborhoods. The Raleigh City Council is also reviewing proposals after several years of public debate.

“I see an upswing in local governments starting to deal with this issue,” said Rebecca Badgett, a local government legal research associate at the UNC School of Government in Chapel Hill. “It seems more jurisdictions are interested in having operational regulations. They aren’t trying to ban short-term rentals but trying to regulate parking and safety regulations.”

As more and more cities begin to evaluate short-term rentals, Badgett said, “It is important to consider local needs and enforcement capabilities before moving forward with regulations. Some regulations might sound helpful but enforcing them would be very difficult.”

While state and local officials have mostly taken a hands-off approach toward short-term rentals, they have not overlooked the potential for tax revenue.

In mid-2015, Airbnb reached an agreement with the North Carolina Department of Revenue to collect state and local sales taxes from customers who booked rentals across the state, and an occupancy tax in Mecklenburg, Wake, Durham and Buncombe counties.

That means Airbnb customers in Charlotte pay a 7.25 percent sales tax (4.75 percent state and 2 percent local) along with an 8 percent occupancy tax on the cost of their rental space.  Airbnb sends the money directly to state officials.

In Plaza Midwood,  Vrolyk  is looking forward to a long-term relationship with Airbnb. His studio garage apartment, Svartkub, is rented out about two-thirds of each month.

“I’m getting ready to have my first child and plan to save money for the baby,” he said. “I’m going to keep it open and going for as long as it is feasible and we are comfortable with it.”