The song of the cicada 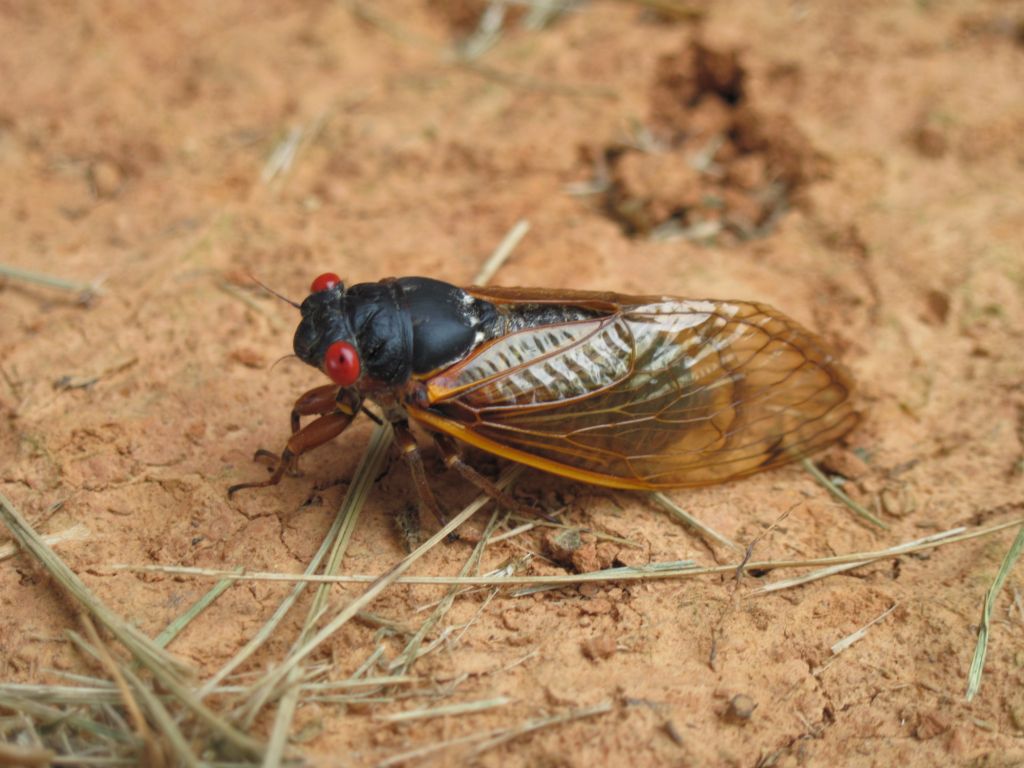 If you’ve gotten outside lately you must have noticed that the forests have been alive with a consistent humming and drumming, sometimes quite loud.  When you first hear it you’ll swear there is a motor running, or look skyward in search of the nearby power line.  But this sound is natural, as it comes from the pulsating abdomens of millions and millions of cicadas.  It reverberates so, that it is almost as if the earth itself is emitting an energy – and for the creatures that benefit from these cicadas as a food source, in a sense it is.  So if you wonder why the bass aren’t biting like they were a month ago, now you may have a clue as to why.  Kayaking this past week on the Uwharrie River, these ear-splitting insects were more than prolific enough to provide a feast for any river dweller large enough to swallow the many stragglers gyrating on the water’s surface.

This is what entomologists call the Great Southern Brood, or perhaps more ominously still, Brood XIX. Although there are nearly 3,000 species of cicada worldwide, this is the largest single emergence in the world, covering the southeastern United States in parts of 15 states.  Although the name and phenomenon sound like something out of a horror film or of Biblical plague-like proportions at the least, this species is relatively harmless.  They do look almost sci-fi with their red eyes and iridescent wings, but they are mainly interested in one thing – mating. That’s the purpose of the ruckus. The loud buzzing is made by the males who are desperately searching for a mate before their adult life stage is over (only a matter of a few weeks).  Their life cycle is certainly an interesting one. 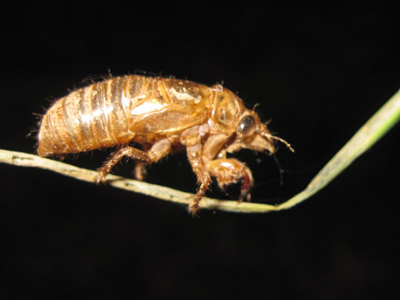 Cicadas spend most of their life underground, surviving on the life-giving sap they suck from tree roots. They emerge from holes as nymphs and start their climb up those selfsame trees at night, where they then emerge from their exoskeletons (which you may also have frequently spotted stuck to the undersides of leaves or on the bark of the trees).  The metamorphosized adult is pale white, but most importantly now has the wings it needs, and by dawn is able to fly and begin its search for a mate.

The loud call is the male’s way of attracting a female.  The sounds are made by contracting and releasing a physical feature called “tymbals” on the sides of their abdomen.  Their abdomen is also partially hollow which amplifies the sounds they make.  Females return with a clicking sound to let the males know they are interested.   After mating, females select a healthy tree and deposit eggs into a slit in a tree branch.  In early July the nymphs hatch and fall to the ground, where they bury themselves for another 13 years, starting the cycle over again.

Entomologists know that the ebb and flow of the tree sap allows the insects to recognize the passing of one year, but are still uncertain how they wait 13 years to reemerge.  Why they wait may have to do with a biological phenomenon called satiation – which is why those drowning cicadas had not yet been scooped up.  By hatching all at once, they are almost certain that predators will have their fill before eating the entirety of their brood.  By overwhelming the system, they provide a food source that is greater than the need, and ensure their long-term survival as a species.  This is another neat organism and natural phenomenon unique to our region.  If you are looking forward to the calls calming down, it won’t be long, and you won’t have the opportunity to hear this brood again until 2024.

More information on cicadas from the University of Michigan Museum of Zoology, including songs.