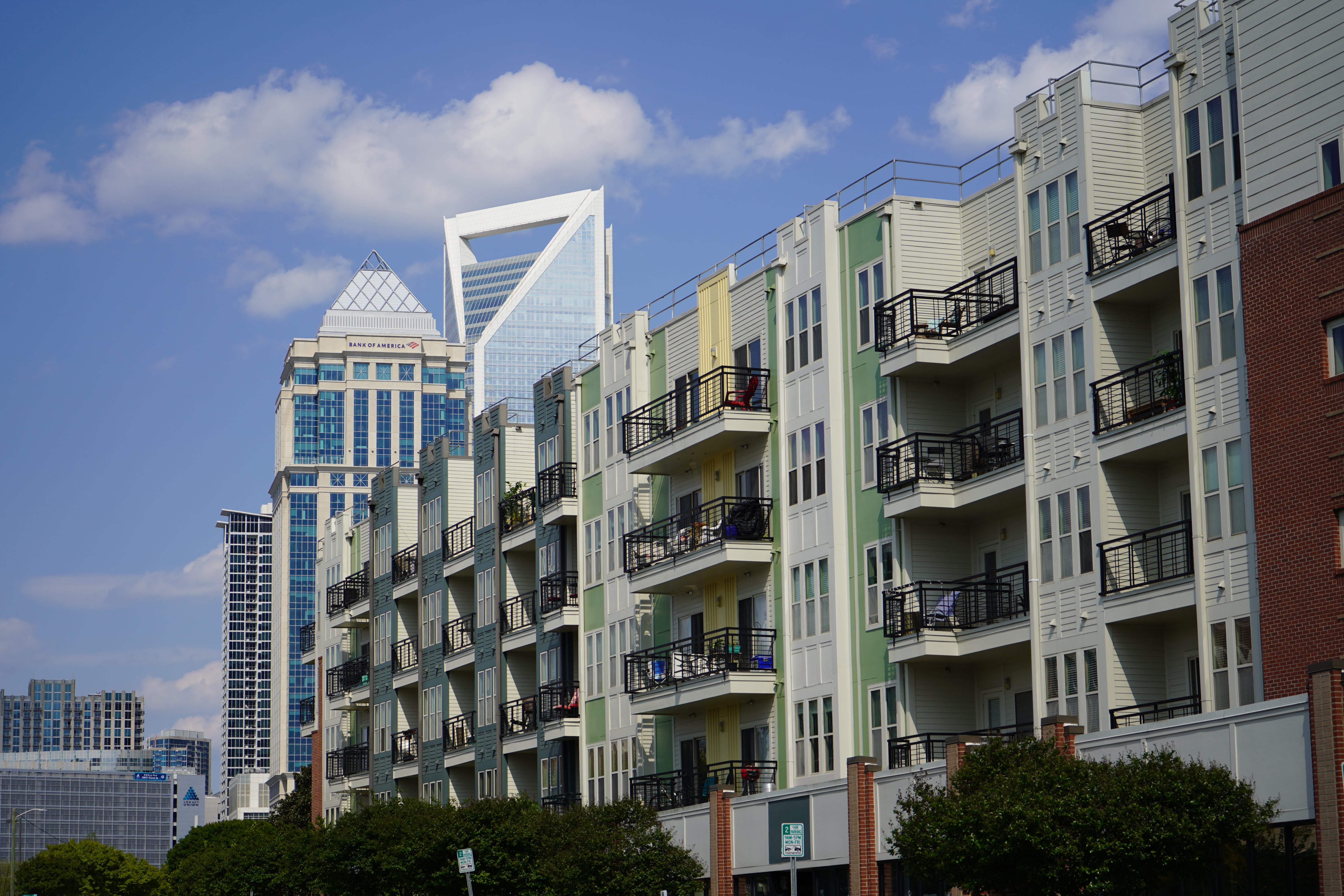 For something that’s supposed to be a big-picture, high-level peek at the future, the Charlotte 2040 vision plan has gotten bogged down in the details since its debut last fall.

After months of tense City Council meetings, contested straw votes, community and industry groups pushing for and against the plan, and interdepartmental sniping via competing assistant city managers, the plan looks like it’s headed for a narrow 6-5 approval on June 21.

Despite lasting more than 4 hours, the #CLTCC meeting didn't result in any major changes to the 2040 Plan. There was a long debate about 10 minute neighborhood language but no action. Barring a major shift, the plan will pass 6-5 in 14 days

When Charlotte launched its development rules rewrite more than half a decade ago, one of the main goals was to simplify and cut through the jargon that makes land use discussions about as intelligible to the average citizen as nuclear physics (Ever tried to parse hours of debate about setbacks, MUDD-O, R-3, overlay districts, and by-right development vs. conditional?). Currently, development in Charlotte is governed by a half-dozen overlapping ordinances, chief among them the city’s zoning code, a Word document with no graphics that’s broken up into 16 parts plus an appendix.

The new vision plan is replete with graphics, renderings and explanations of terms, laid out in a way that’s meant to be appealing to readers who aren’t land use attorneys or city planners. But there are still plenty of jargony terms in the document, and three of them in particular have gotten City Council members tied up in knots in recent weeks. If you aren’t familiar with these terms, it can make the debate even more disorienting to follow.

So, in no particular order, here are three of the crucial pieces of 2040 plan jargon to understand and frame the council’s discussion as we come down to the wire:

One of the vision plan’s key goals is to create neighborhoods where everything is within a 10-minute walk, bike ride, scoot or other mode of non-car transportation. The goal is to eliminate food deserts, areas without pharmacies, doctors and other essential services, and bring amenities like parks to within a short distance of every Charlotte resident — all while fighting sprawl. As the plan puts it: “All Charlotte households will have access to essential amenities, goods, and services within a comfortable and tree-shaded 10-minute walk, bike, or transit trip by 2040. Not all neighborhoods are expected to include every essential amenity, good, or service, but every resident should have access within a ½ mile walk or a 2-mile bike or transit ride.”

So, why’s that controversial? Council member Tariq Bokhari pointed out that by 2040, technologies we can’t even foresee might eliminate the need for in-person services. At a meeting Monday, he mentioned the possibility of Amazon bringing a floating, refrigerated warehouse that could drop groceries on neighborhoods. What would the point be of trying to get brick-and-mortar stores in such a scenario?

But as Mayor Pro Tem Julie Eiselt pointed out, most delivery services use the same roads as the rest of us, and will for the foreseeable future, making it still imperative to lower how many vehicle trips people make and how far they have to travel to cut congestion. And as council member Braxton Winston noted, not everyone has the money and means to access things like grocery delivery services — especially people who live in food deserts and underserved communities.

One of the driest and most technical parts of the plan, this is also one of the most controversial. Advocates want to see community benefit agreements, or CBAs, featured prominently in the plan. These are agreements that developers make with neighborhoods in exchange for their support in rezoning hearings. For example, a developer proposing to build 50 townhouses might also include a community park or public art, in order to ensure neighbors don’t oppose the plan.

Here’s where it gets a bit complicated. The city of Charlotte can’t legally force developers to participate in these plans, unless the developer is negotiating directly with the city and the city has an interest in the property (for example, the developer wants to build on city-owned land, or is receiving a subsidy from the city). But the 2040 plan would still seek to encourage more CBAs, though it’s a bit fuzzy on the details (“Create a culture of developer-community collaboration through Community Benefit Agreements.”).

Opponents want to see CBAs removed from the plan, because of the lack of a legal enforcement mechanism on the city’s behalf and uncertainty about how they would impact the city’s growth. On Monday, council member Renee Johnson suggested that the city could call CBAs something else, since the term has triggered so much controversy.

Assistant City Manager Taiwo Jaiyeoba, who is overseeing the planning process, said CBAs are the nationally recognized term for such arrangements. Winston said Charlotte could call them anything it wants — “Christmas gifts” was one possibility he mentioned — but the policy would still be the same.

When it comes to the 2040 plan, no single part has attracted more attention, and more controversy, than the proposed changes to single-family zoning. The plan originally called for allowing duplexes and triplexes on all residential lots in the city. That was tweaked to say duplexes and triplexes should be allowed in all “place types” instead of all lots.

So, what is a “place type”? It’s probably the most used and least understood pair of words in the document. To put it simply, place types are the 10 categories city planners are dividing Charlotte’s neighborhoods, office parks, business districts and other developments into. These include “Neighborhood 1,” “Neighborhood 2,” “Regional Activity Center” and more. Each has its own land uses, building design characteristics, open spaces, and guidance for mobility options such as streets, trails and transit. Planners are going to map place types across the city, and use them to guide the next phase of development rules, especially the detailed unified development ordinance that will supplant the city’s current tangle of zoning and land use regulations.

And there could be more changes afoot. WBTV reported after Monday’s meeting that council members are quietly discussing new language that could put further restrictions on the place types in which duplexes and triplexes are allowed. According to the report, the new policy could read:

Allow single family, duplex and triplex units - as well as small-footprint homes and accessory dwelling units (ADUs) - within residential place types, subject to site development standards that will be specified within the Unified Development Ordinance (UDO) including residential lot size; setbacks; scale; height; parking; number of units per lot; rules for -plex, accessory dwelling, and multifamily units, proximity to transit and amenities; and others.”

In short: The jargon won’t be ending anytime soon.