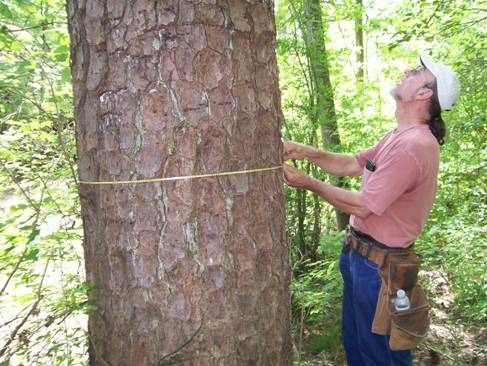 Ask an outdoor enthusiast to name a special natural area in the state and he might mention mountain bogs, Carolina bays or longleaf pine savannas.  If pressed to identify one in the piedmont, he might squint and scratch his head and stammer.  The piedmont is often described as fragmented, cultivated and compromised.

The gentle hills of the Uwharries seem to say, “Don’t mind me, I’m nothing special.”  But those of us who love and appreciate the region know that’s just a humble façade.  This land is a lot like the people who live here.  It has a core of integrity, but it doesn’t put on airs.  It really isn’t hard to find examples of what makes this region so special.

A few years ago, I was with a group that discovered a stand of white pines (Pinus strobus) on a bluff above the Uwharrie River.  These trees are common in the mountains, but a natural stand in the piedmont is very rare – a relic from a cooler, moister time.  They remain here only in isolated pockets where conditions are just right. In this case, the shade of a north-facing slope and evaporation from the river create a microclimate that mimics the habitat they prefer in the mountains.

Just a few miles east, we stumbled across a mature longleaf pine (Pinus palustris) at the top of a mountain.  We also found others of various ages snaking down the southern slope.  Longleaf were once common across the Sandhills and coastal plain, but they were probably never abundant in the piedmont.  These trees must have found the thin, rocky soil and sunny exposure to their liking.  Historic maps show a nearby peak named Burnt Mountain, so fire might have also played a role. 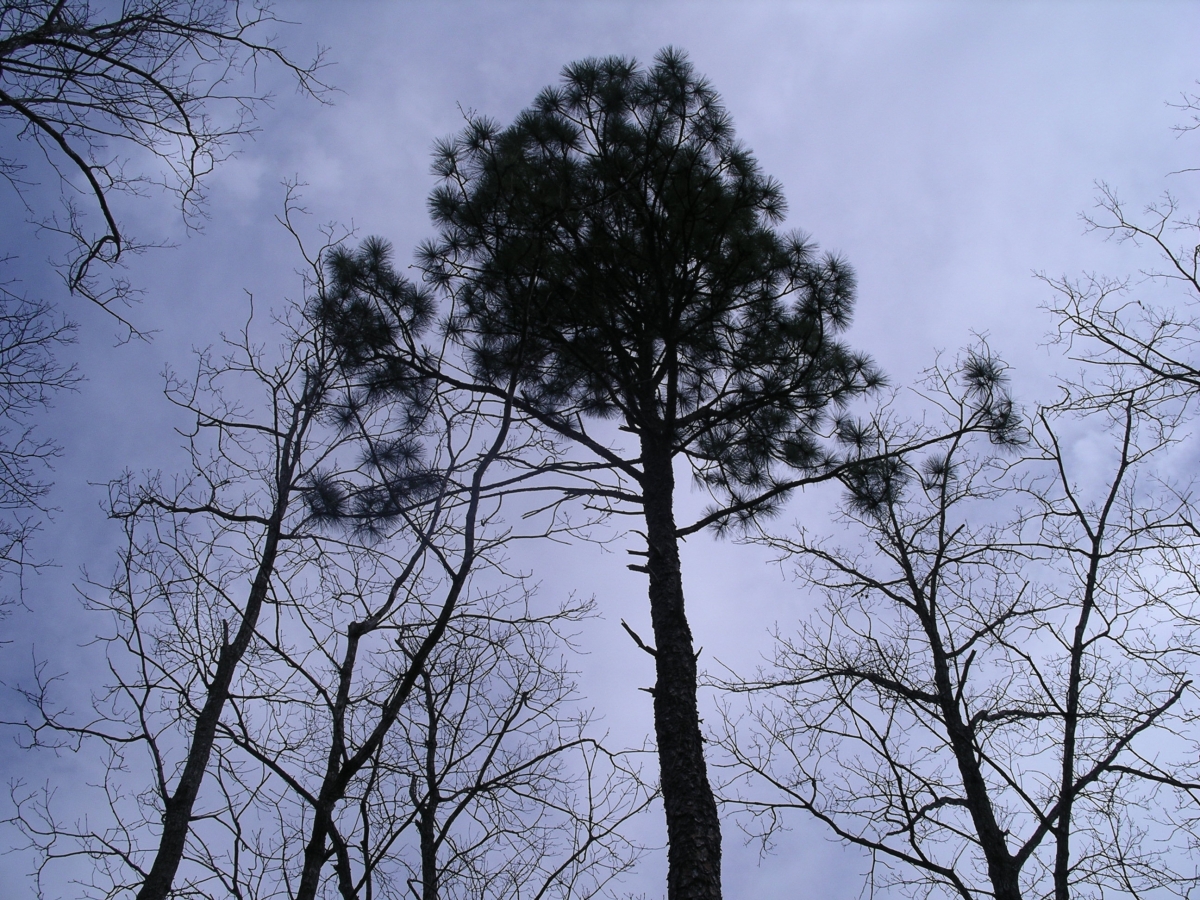 With white pines generally confined to the west and longleaf to the east, the Uwharries are about the only place in the state where they overlap.  Species drop out of the landscape when they can’t tolerate the conditions, so individuals at the edge of the range often aren’t as vigorous or stately as those in the heart of their preferred habitat.  That holds true for our white pines, but not our longleaf.  In fact, the state champion is found on the eastern slope of the Uwharries near Ether.

Shortleaf pines (Pinus echinata) are distributed widely across the state, but they’ve become less common as loblolly pines are planted more often.  On the same tract of land as the white pines, we later found a massive shortleaf.  It’s a glorious testament to an undisturbed forest and the fertile soils of the piedmont.  With its trunk almost a yard in diameter, it’s one of the largest trees of its kind in the state, a co-champion with trees in Stokes and Beaufort Counties.

Any one of these specimens would be considered a biological treasure in the piedmont, but in the Uwharries these trees occur within a half-day hike of each other.  To me, that proximity makes the Uwharries a unique natural area on par with others all across the state.

To learn more about the state champion trees of the Uwharries, visit the website of the NC Division of Forest Resources www.dfr.state.nc.us and click on Champion Big Tree Database.