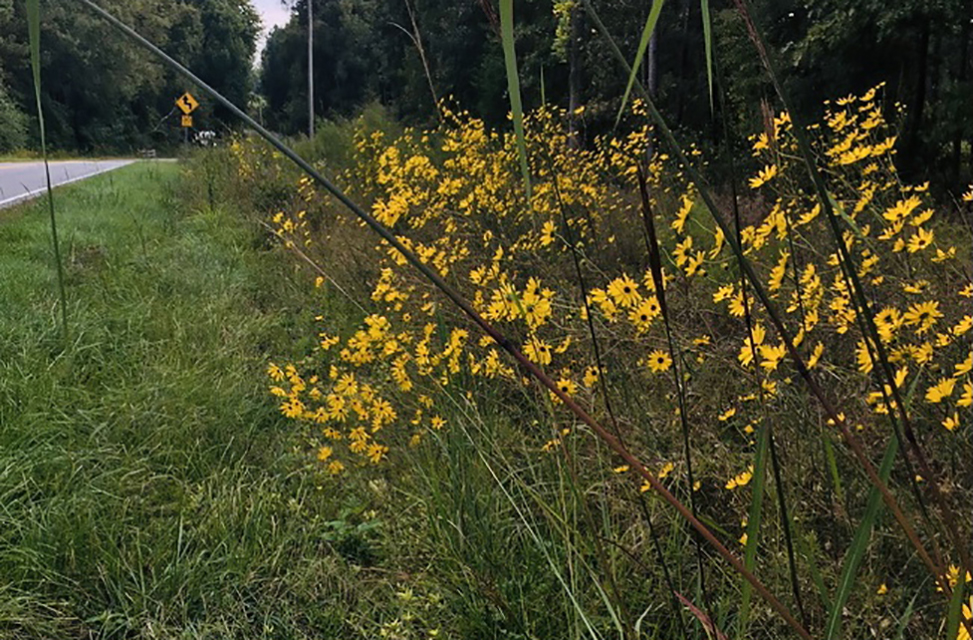 Becky Dill’s phone was full. After moving to Wadesboro from Pennsylvania, she’d started taking photos of all the pretty wildflowers she found along the backroads of Anson County. She needed to ditch some images. While searching for options to archive her photos, she stumbled across iNaturalist. It seemed too good to be true – the site would store her images for free, and experts would help her identify all the new plants she didn’t recognize.

Patrons of Speckled Paw Coffee (with locations in Wadesboro, Rockingham and Mt. Gilead) might recognize Dill as a former barista and author of “Walking the Land,” a weekly nature column in the café’s newsletter.

Her postings on iNaturalist caught the eye of Julie Tuttle, who had recently started the NC Piedmont Roadside Native Plants Project. An ecologist based in Chapel Hill, Tuttle had studied forest changes in the Great Smoky Mountains National Park, but the roadside project spoke to her interest in citizen science and the Piedmont ecosystem. She realized iNaturalist provided a platform to document occurrences of important – and even imperiled – species across a large region.

At 60 miles per hour, roadsides and powerline rights-of-way (ROWs) might seem like ecological dead zones. But slow down and look closer. They are often the last, best vestiges of a historic landscape that once sprawled across our region, the Piedmont Prairie.

Vast swaths of grasslands formerly existed among the region’s forests. In some areas, trees struggled to gain a foothold in thin soils. Frequent fires, both natural and intentional, also kept them at bay, as did native herbivores such as bison and elk. These forces created a unique suite of species. Schweinitz’s sunflower and Georgia aster, for example, don’t occur anywhere else in the state. More common species – such as plume grass, milkweeds and blazing stars – can also be indicators of high-quality prairie remnants.

As a scientist, Tuttle knew that documentation is the first step toward conservation. Dill had some background in horticulture – she was a master gardener and had earned a certificate in native plant studies at UNC Charlotte – but Tuttle’s kind and enthusiastic support inspired her to set an ambitious goal. With Tuttle as her mentor, she set out to survey every viable roadside in Anson County. (Some ROWs are considered private property, so they aren’t accessible without permission.)

After three years, Dill still hasn’t finished her inventory. “I probably could have done them all by now,” she said, “but I keep going back to the same spots over and over.”

And she keeps finding new species. Dill has become, by far, the roadside project’s top contributor. At the time of this writing, she currently has a whopping 4,485 observations of 421 different species. What’s even more remarkable is that she has identified more than 100 species that hadn’t previously been fully documented in the county.

Lisa Tompkins has had a similar experience along the ROWs near her home in Mineral Springs. “I just kept seeing all these neat plants along the roads,” she said. Owner of Carolina Heritage Nursery, Tompkins has a background in horticulture and an interest in native plants. Like Dill, she isn’t a trained botanist, but she has also been able to document many species new to Union County. She wondered how they could have escaped notice so long. With his wry sense of humor, the late Larry Mellichamp, director emeritus of the UNC Charlotte Botanical Gardens, once suggested it was because no botanist had ever lived in the county.

Tompkins’ posts to the iNaturalist project inspired Tuttle and her husband, the botanist Alan Weakley, to drive down from Chapel Hill and check out the roadsides around Mineral Springs with her.

“I was having a fan-girl moment,” Tompkins said. 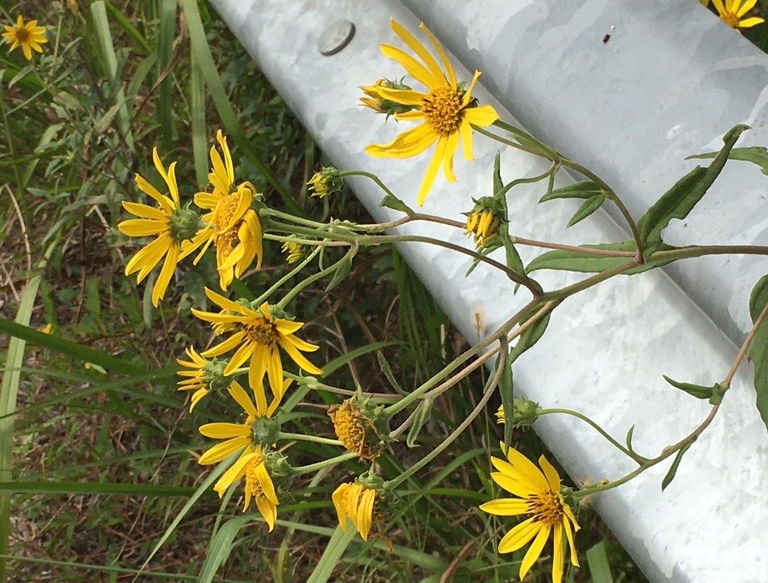 Botanizing on roadsides might be more accessible than trekking to remote natural areas, but it comes with its own set of challenges. On the outskirts of booming Charlotte suburbs, Tompkins is always mindful of traffic. She avoids going out during rush hour and identifies an escape route in case a car veers off the road.

On the backroads of Anson County, drivers often stop and ask Dill if she needs help, which is reassuring given the lack of cell service in many areas. While poison ivy, chiggers, ticks and snakes are always an issue, Dill’s primary concern is stray dogs. She carries a walking stick and takes other sensible precautions, then she gives herself over to the task at hand.

“When I’m out there on those quiet country roads, it’s a Zen moment,” she said. “I’m focused on what’s right there in front of me.”

There’s no need to make a special trip to a remote destination to see unique natural areas. Dill likens these narrow strips of land to a linear park, one we can all enjoy while driving to work or running errands. Simply slow down and appreciate the beauty and diversity that occur along the best stretches of roads.

While you should never pick the flowers or collect their seedheads, Dill would encourage people to stop in appropriate areas, take photos and share their observations.

“It’s just amazing what you can find,” she said. And in many areas of the Uwharries, she noted, “nobody is even out there looking.”