Trust in neighbors and police: Who has it and what does it mean for Charlotte? 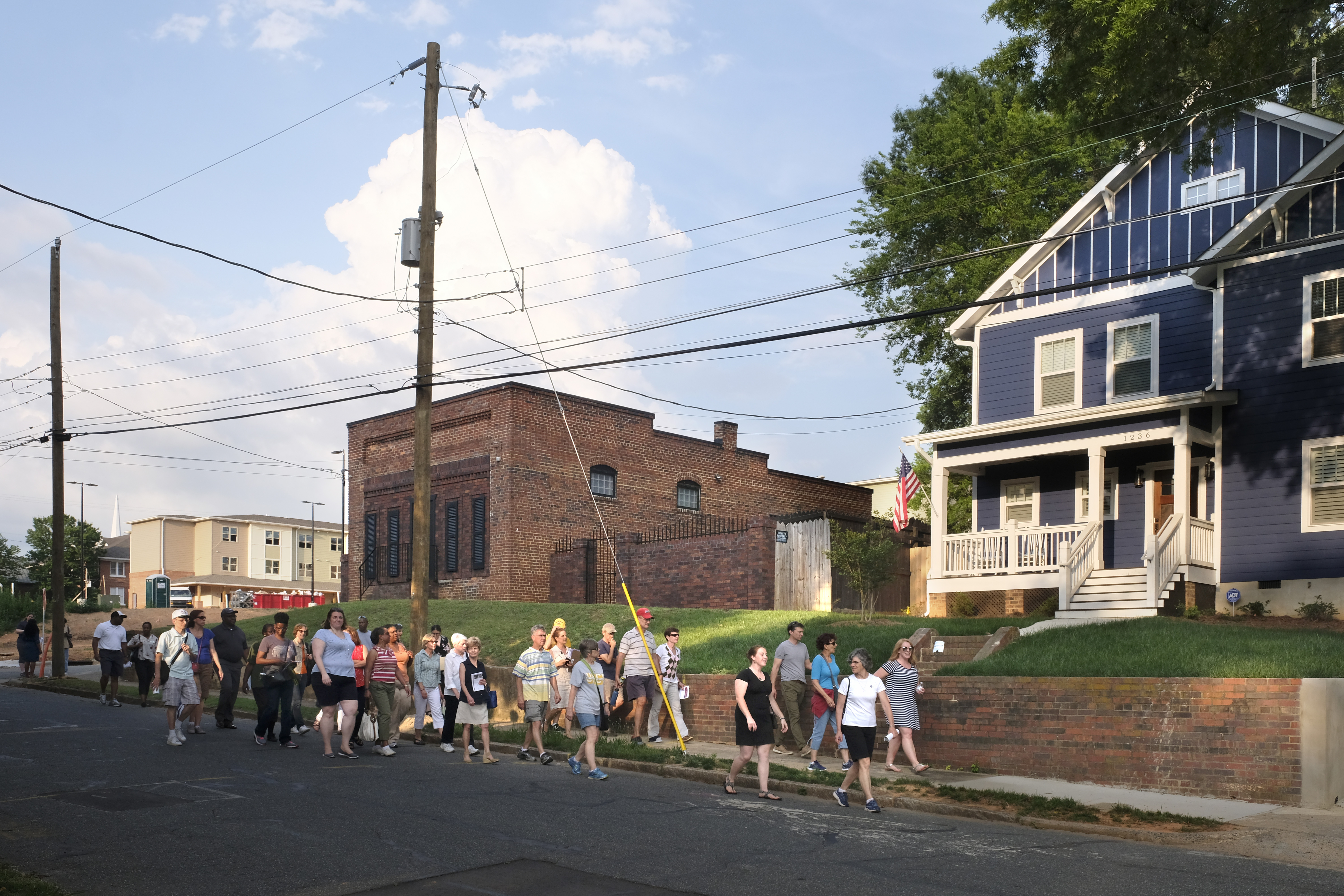 This article was written by the UNC Charlotte Urban Institute. Data used in this series was collected in partnership with Leading on Opportunity, Opportunity Insights, Communities in Schools, YMCA of Greater Charlotte, Foundation For The Carolinas, and SHARE Charlotte, with staff funding from The Gambrell Foundation. See more results from the 2019 Mecklenburg Social Capital Survey here.

No event in recent history has reshaped social networks, norms and interactions as quickly and drastically as the COVID-19 pandemic. This sudden restructuring of social relationships, followed by nationwide protests of police brutality and systemic racism, show dimensions of social trust. In this article, we explore the role of social trust in Mecklenburg County to understand opportunities and barriers to revitalizing our community in wake of these historic events.

Social trust refers to trust in one’s neighbors, community, and community institutions. We use social trust as a foundation on which to build relationships and connections. Hence, it is considered the basis for social capital. (For more explanation of social capital, see this previous article). For example, if I am immunocompromised, I may ask my neighbor to help me by picking up my groceries. In this case, I am relying on a relationship with my neighbor, built on trust, to support me during the pandemic.

But what happens when trust is absent? We do not have to look far for an example. The months of protests following the death of George Floyd are related to a breakdown of trust between African Americans and the police, eroded by a history of police misconduct towards African American communities.

This article examines results from the UNC Charlotte Urban Institute’s 2019 Social Capital Survey to better explain social trust in Mecklenburg County: who has trust, who does not, and how it can inform community decision making.

How much do Mecklenburg residents trust the police?

The 2019 Mecklenburg Social Capital Survey consisted of a 400-person sample of randomly selected, demographically representative residents. The survey asked about three types of social trust: trust in neighbors, people in your community, and the police.

This finding points to a racial divide in perspectives of policing performance in the Charlotte community, but this finding is not unique to Charlotte. A 2016 Pew Research Center study found that nationally, African Americans had lower confidence than White people that police in their community were doing a good job of protecting people from crime, treating racial and ethnic groups equally, and holding officers accountable for misconduct. Police mistrust is likely higher among African American respondents because of historic and current inequity within the criminal justice system, including the officers implicated in the killings of George Floyd, Breonna Taylor and other Black people.

Young respondents also had significantly lower trust in neighborhood police compared to older respondents. National research indicates that youth have lower trust- both in society and institutions-than older generations. Some scholars suggest that low youth trust is specific to the current generation, while other research asserts that trust increases with age as individuals become more involved in their communities.

How much do Mecklenburg residents trust their neighbors and community?

The origins of interpersonal trust are complex. Some theorize that social trust is formed as a result of early experiences, while other researchers argue that trust evolves with age. In the current survey, trust in neighbors and community was highest among White, older, and college-educated respondents. These findings are similar to national findings on trust by the Pew Research Center. People of color, especially African Americans, generally reported lower levels of trust in neighbors and community. This could be influenced by experiences of discrimination and marginalization in the African American community, which could shape willingness to trust in those outside one’s close social circle.

What do the data reveal? What could change?

The decline in levels of trust in neighbors is a concern, and reflects a growing, increasingly diverse urban region that may need to actively work to nurture community cohesion at neighborhood levels.

More concerning are the disparities in trust – and the related social capital – among different racial groups in Charlotte. The lower level of social trust among African Americans towards other groups and institutions stems from long standing issues of racism, marginalization and criminalization of the community. Conversely, the higher level of trust among White Charlotteans points to equally long standing beneficial relationships. The differences in social trust point to different foundations for social capital.

Given the higher levels of poverty, unemployment and structural barriers the African American community faces, low levels of trust during the current health and economic crisis may further exacerbate their challenges to recovery after COVID-19. Hence, as our community enacts policies to revive its local economy and employment, and hospital systems plan for the COVID-19 vaccine, equity and inclusion need to be cardinal principles in deciding what institutional support to give affected individuals and families.

There is little doubt that the COVID-19 pandemic, the ensuing economic downturn, and the protests against systemic racism has asked difficult and profound questions about our personal, social and political priorities and judgments. But in its path to recovery and growth after the historic changes of the last eight months, Charlotte may have an opportunity to build a secure and resilient city by measuring, monitoring and improving social trust as a key community attribute.