Try the ‘bucket of doom’ to eliminate mosquitoes without harmful pesticides 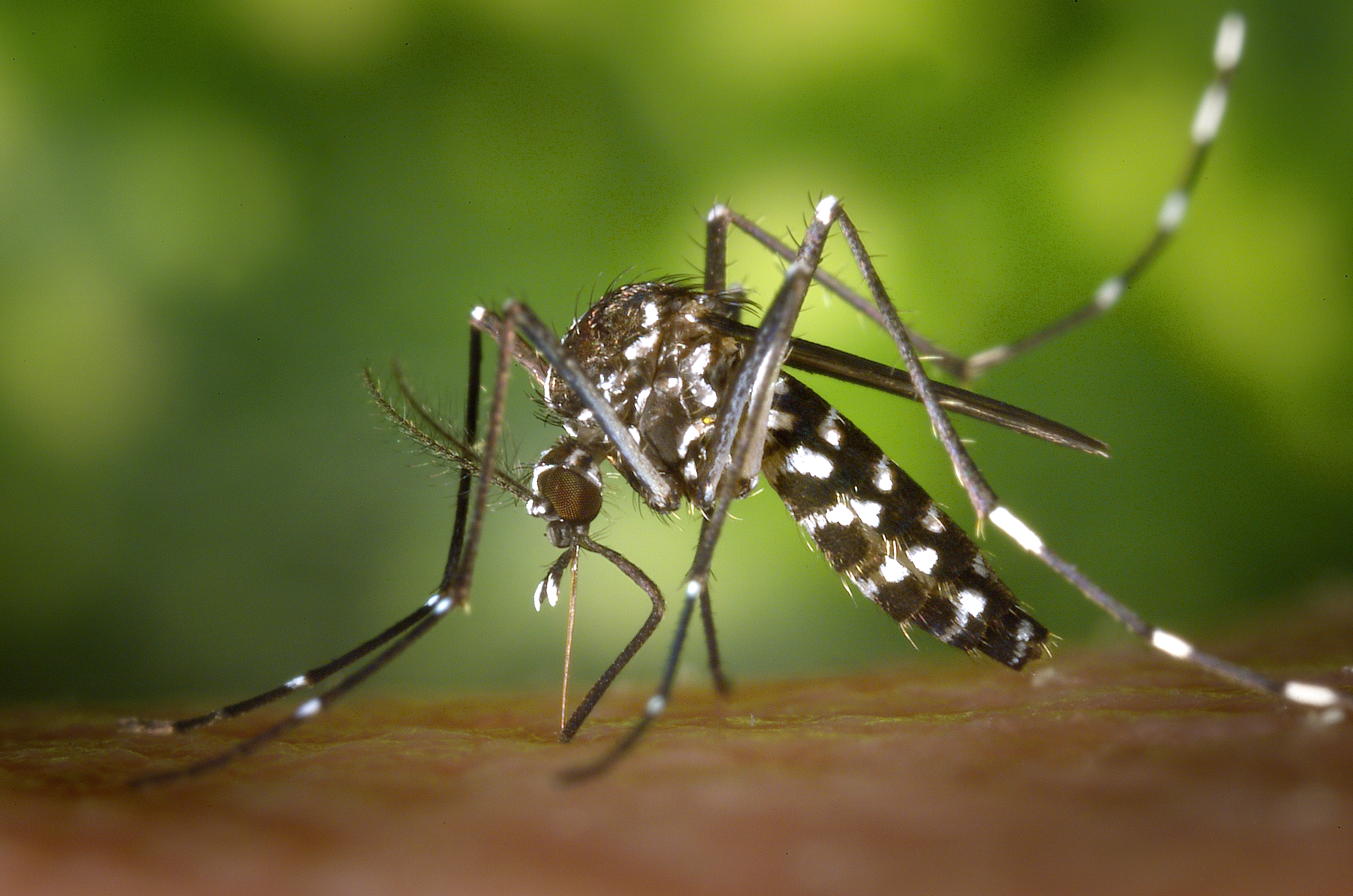 Bucket of Doom. A slasher movie from the 1970s? The latest season of Fortnite? No, but for many homeowners, it might be something equally thrilling – an effective, inexpensive and safe way to control mosquitos.

Five-gallon buckets are often a source of standing water where mosquitos can breed. This simple idea turns that around so the humble bucket becomes your ally in the fight for bite-free access to your backyard.

Maybe you’ve already tried to eliminate mosquitos at their source – cleaning gutters, removing containers of standing water, even getting rid of excessive mulch in shady areas or dense ground covers such as English ivy. And yet, you’re still set upon by legions of mosquitos the moment you step outside. At your wit’s end, you might resort to a mosquito spraying service.

They’re advertised as “botanical” and “all natural.”

How bad can they be?   The fact is, mosquito sprays are toxic and expensive, and they aren’t terribly effective.

According to entomologist Doug Tallamy, these sprays kill only about 10% of adult mosquitos, while many beneficial insects such as butterflies, bees and lightning bugs become collateral damage. To be effective at mosquito control, these sprays would need to kill upwards of 90%.  Tallamy makes the case for targeting mosquitos in the larval stage instead.

This is where the Bucket of Doom comes in. To make one, simply fill a five-gallon bucket about halfway full of water then throw in a few handfuls of leaf litter or straw and let it ferment for a couple days. Female mosquitos will find this concoction an irresistible place to lay their eggs. To this stew, add what’s commonly known as a “mosquito dunk.” This product, available in granules or cakes, is a bacterium (Bacillus thuringiensis subspecies israelensis) that occurs naturally in soil. It kills mosquitos in the larval stage. Once the eggs hatch, the wrigglers die off quickly. Best of all, it isn’t toxic to mammals, amphibians, reptiles or other insects.

This spring, I put two Buckets of Doom in my yard, both in areas prone to heavy mosquito infestations. One is along the back property line near my neighbor’s shady hedge of Nellie Stevens hollies and luxuriant English ivy. The other is near my compost bin where I’d get annihilated as I emptied my food scraps or grass clippings.  My neighbors on either side were intrigued and also set up buckets. 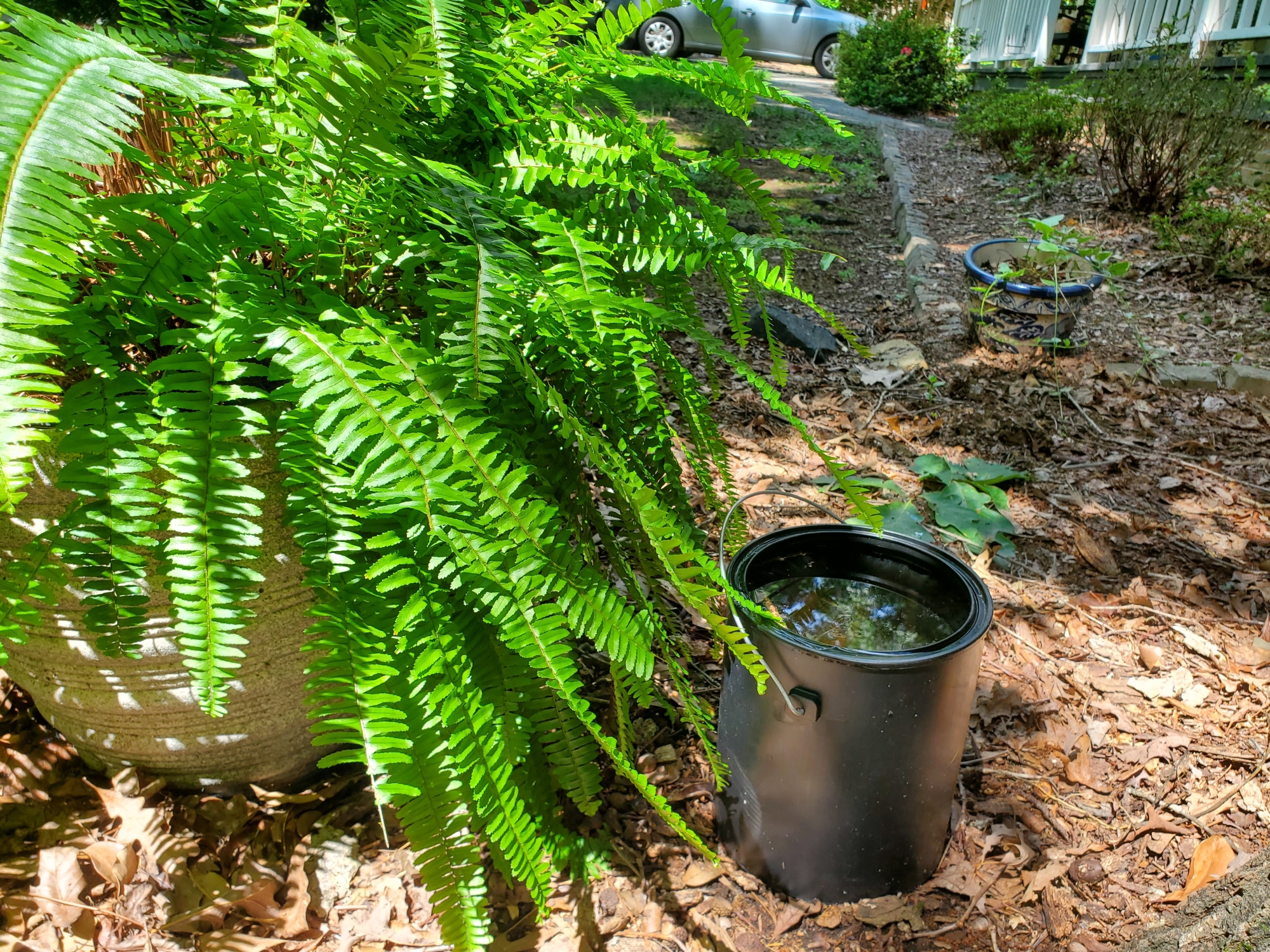 Early on, I sensed a decline in mosquitos, but I remained somewhat skeptical given our excessively dry weather in May and June. Whenever my neighbors and I crossed paths on the sidewalk or chatted over the fence, we’d quiz each other. Do you think it’s working? Our replies came in hushed, cautious tones, as if voicing any certainty could jinx our results. Now that we’ve been getting regular rain the past couple weeks, I’m convinced the Buckets of Doom are having a real impact on Magnolia Avenue.

Other neighbors on the block have recently expressed interest in the buckets. In a dense urban neighborhood like ours, widespread cooperation can make the effort more effective.  According to the American Mosquito Control Association, the Asian tiger mosquito – the pesky one that bites at all times of day – has a range of about 300 feet. Maybe that’s why a friend whose yard backs up to a wetland along a greenway didn’t have such a resounding success with this method.

Any Bucket of Doom set up in an area where young children might play will need some sort of barrier to secure the opening. Chicken wire is a good option.  My dogs have shown little interest in them, but a covering might be appropriate for curious pets as well. Just make sure any mesh includes openings wide enough to allow mosquitos to enter. Some sources also suggest adding a stick so that errant critters will have a way to crawl out.

Even though I’ve seen recommendations to change the water and organic matter once a month, all I’ve done thus far is top up the water a bit and add new dunks.  For a five-gallon bucket, a quarter of a dunk is sufficient.  This means the cost of my mosquito control runs about 25 cents per month, a tiny fraction of what a mosquito spraying service would charge. And I’m rewarded with a yard full of butterflies, bees and lightning bugs.