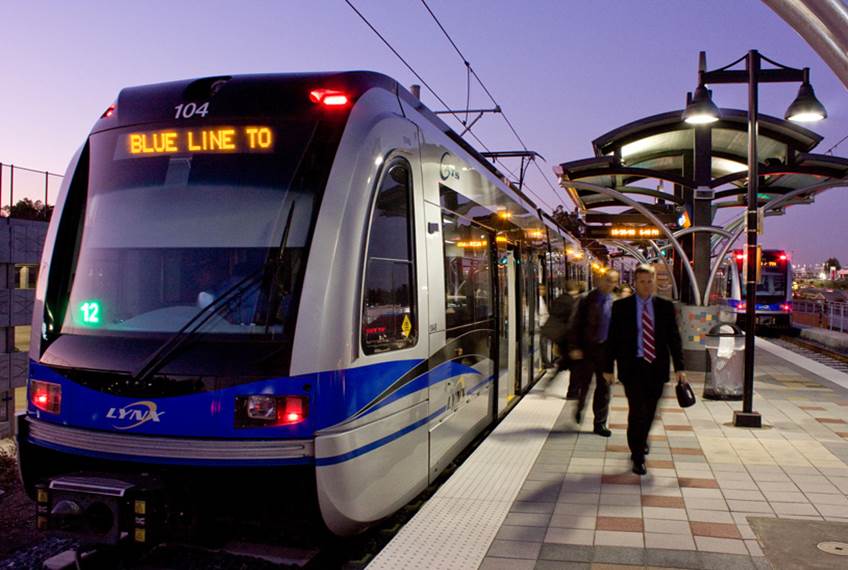 If you’ve used Uber or Lyft lately, you’re not alone. By the end of 2018, the total number of for-hire car rides, including conventional taxi trips and trips with services like Uber and Lyft, will approach 4.74 billion, surpassing total bus trips in the United States for the first time in history. Since 2012, the rides-for-hire sector has more than doubled in capacity, emerging as a major mode of transportation in American cities.

In a report released July 25, “The New Automobility: Lyft, Uber and the Future of American Cities,” Bruce Schaller – a transportation consultant and former deputy transportation commissioner of New York City – offers an overview of who is using transportation network companies like Uber and Lyft, where those companies’ rides are most often hailed, what types of trips they’re making, and how city planners can take advantage of this trend without increasing traffic congestion.

The major finding? Uber and Lyft and similar companies are increasing traffic in American city centers.

[highlight]In the U.S., trips with Uber and Lyft most often displace trips on public transit, bicycle or on foot.[/highlight]

While optimistic city planners and spokespeople for Uber and Lyft have offered rosy visions of households abandoning their personal vehicles for on-demand transportation services – and indeed several European cities have pioneered successful experiments in this vein – it appears that in the U.S., trips with Uber and Lyft are most often displacing trips that would have been on public transit, a bicycle or on foot. The net effect is more cars on the streets than before, even after accounting for Uber’s and Lyft’s carpooling features.

One of the driving factors behind this effect is where these app-based hired rides are most popular. According to the report, 70 percent of all those trips take place in nine large metro areas (New York, Boston, Chicago, Los Angeles, Miami, Philadelphia, San Francisco, Seattle and Washington), and 38 percent took place in the central cities of those metro areas. Explains Schaller, “The combination of density, transit usage, relatively low rates of car ownership, and social and entertainment activity contribute to much more frequent use of TNC [transportation network companies] among their residents.” The report elaborates that in places with precise data about TNC ridership, the number of such trips per person correlates with the share of transit riders. Households without cars use those companies 2.5 times more often than households with cars.

Also unsurprising is who is most often using companies like Lyft and Uber: college graduates, age 24-35, with household incomes of more than $50,000.

The report’s sober conclusion is that this trend is ultimately unsustainable for cities. Adding cars to the road – especially in high-density city centers – fuels a classic Tragedy of the Commons wherein free access to finite space on city streets ultimately results in bumper-to-bumper gridlock unless local governments incentivize more space-efficient forms of transportation and curtail free parking. The author recommends a combination of local user fees for rideshare trips (a strategy Chicago has already deployed), congestion pricing (effectively a toll for driving in city centers), lowering or eliminating parking requirements in zoning ordinances, beefing up transit services and designating more space on local streets for buses and bicycles.

While Charlotte is not included in the report’s “top nine,” the parallels in the Queen City are undeniable. First, Charlotte’s got a lot of Millennials: residents ages 25-29 and 30-34 are the city’s two largest five-year age cohorts by a long shot. Together they make up 18 percent of the city’s population. They also accounted for 18.6 percent of the city’s total population growth between 2010 and 2016 (U.S. Census Bureau, 2016). These newcomers are landing in neighborhoods close to the city center – former industrial districts where population densities have nearly doubled in recent years. It is in those neighborhoods and in uptown that clever Uber and Lyft operators are undoubtedly awaiting their next customer.

Policies that increase population density and encourage mixed-use development can be an effective strategy for encouraging efficient urban circulation and a mix of transit ridership, bicycling, walking, and personal vehicles. But density is only one half of the equation. An accessible, multi-modal, and efficient urban center will also require an end to subsidized parking – effectively the subsidy nondrivers pay so that drivers can park for free or nearly free. Many may wonder, what subsidy? It’s this: The cost of building and maintaining parking lots ultimately trickles down to the retail prices of establishments with free parking lots – but all the benefits go to motorists, not to pedestrians, cyclists, and public transit users.

Charlotte planners will have an opportunity to lower or eliminate parking space requirements as they overhaul the city’s zoning ordinance in the coming years. But as the Schaller report indicates, efforts to discourage car ownership and decrease urban gridlock will simply be offset by Uber and Lyft rides if the city doesn’t act to designate space on the roads for space-efficient alternatives like buses and bicycles. We’re off to an acceptable start with the city’s recent commitment of $4 million to fund a bicycle program, $2 million to support Vision Zero – a goal of eliminating traffic-related deaths and severe injuries in the city – and a $15 million boost to pedestrian infrastructure funding. But these are – for the time being – one-time investments and virtual drops in a $760-million-capital-projects-plan bucket devoted overwhelmingly to accommodating personal automobiles.

In this fast-growing region, avoiding the high-congestion commons tragedy of other major American cities will require a transition in the way we prioritize and imagine transportation and land use at a metropolitan scale. It will also require overcoming Charlotte’s historic social inequalities and political gridlock, because accessing the resources required to transition away from an automobile-centered city will require cooperation from local, state, and federal decision-makers, and their respective constituencies.

Robert Boyer is an assistant professor in the Department of Geography & Earth Sciences at UNC Charlotte.

Opinions in this piece are those of the author and not necessarily those of the UNC Charlotte Urban Institute or the University of North Carolina at Charlotte.