Unruly plants and passionate attraction in a Charlotte garden 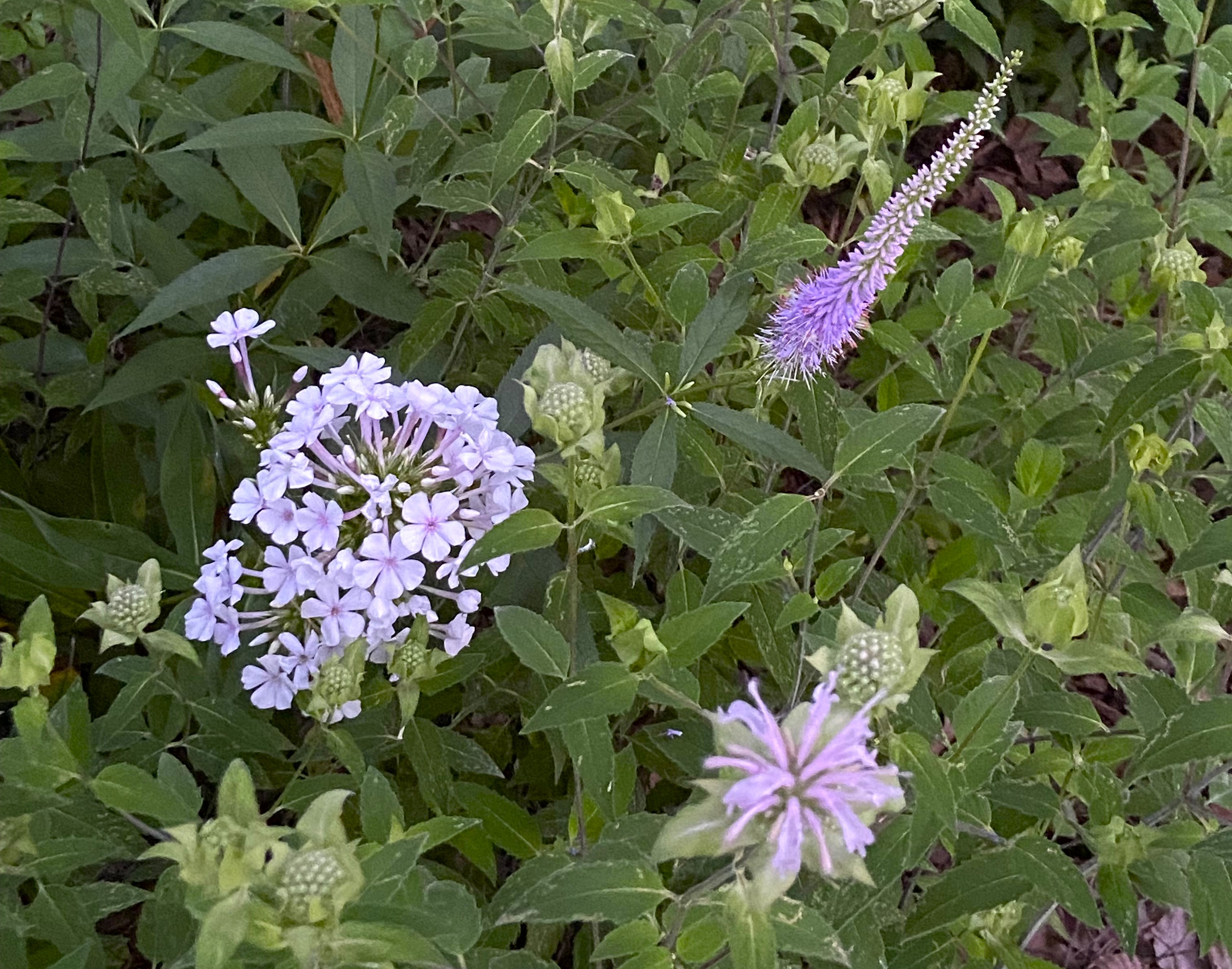 I love playing matchmaker in my garden. I introduce plants that will be compatible in terms of color, texture and form. As with humans, the best relationships achieve a balance of contrast and harmony. For example, I paired little bluestem and rattlesnake master because they share the same blue foliage, but one is coarse and strappy while the other is refined and upright. These arranged marriages are deeply satisfying.

But sometimes things happen in the garden without my consent. A plant gets a mind of its own, deciding it wants – no, needs – to cozy up with another species. A plant appears in a location I hadn’t approved. A promiscuous annual like jewelweed will sidle up to any number of dubious mates. But perennials tend to be more discerning, as if they spend a lot of time swiping left on the botanical version of Bumble or Tinder.

In my garden, two species have suddenly appeared next to a companion that somehow completes them. Both times, I’ve congratulated them on their foresight in choosing a mate. They know themselves better than I do. It’s humbling. And thrilling.

This summer, a cardinal flower (Lobelia cardinalis) popped up near a cluster of mountain mint (Pycnanthemum muticum). The pairing of red and silver was surprisingly brilliant. I pamper my cardinal flowers in ideal conditions – moist, amended clay with a little afternoon shade – but this one had chosen to endure full sun in an area of sticky, stinking bull tallow soil that alternates between too wet and too dry. Maybe leading such a sheltered life in my selected site had awakened a powerful desire to run wild with the mountain mint.

Oh, maybe I’d thoughtlessly introduced them by leaving faded stalks nearby during my spring cleanup. Somehow, a determined seed took root, became a demur rosette, then exploded into fiery bloom. I’d never truly seen a cardinal flower until I saw it in a relationship with mountain mint. The tubular flowers, known for attracting hummingbirds, have five showy petals. Beyond them, the fused anther, the male reproductive structure, protrudes from the center. It’s tipped with a fringed gray beard, a fancy feature I hadn’t fully appreciated until I saw it against a background of silvery mountain mint. 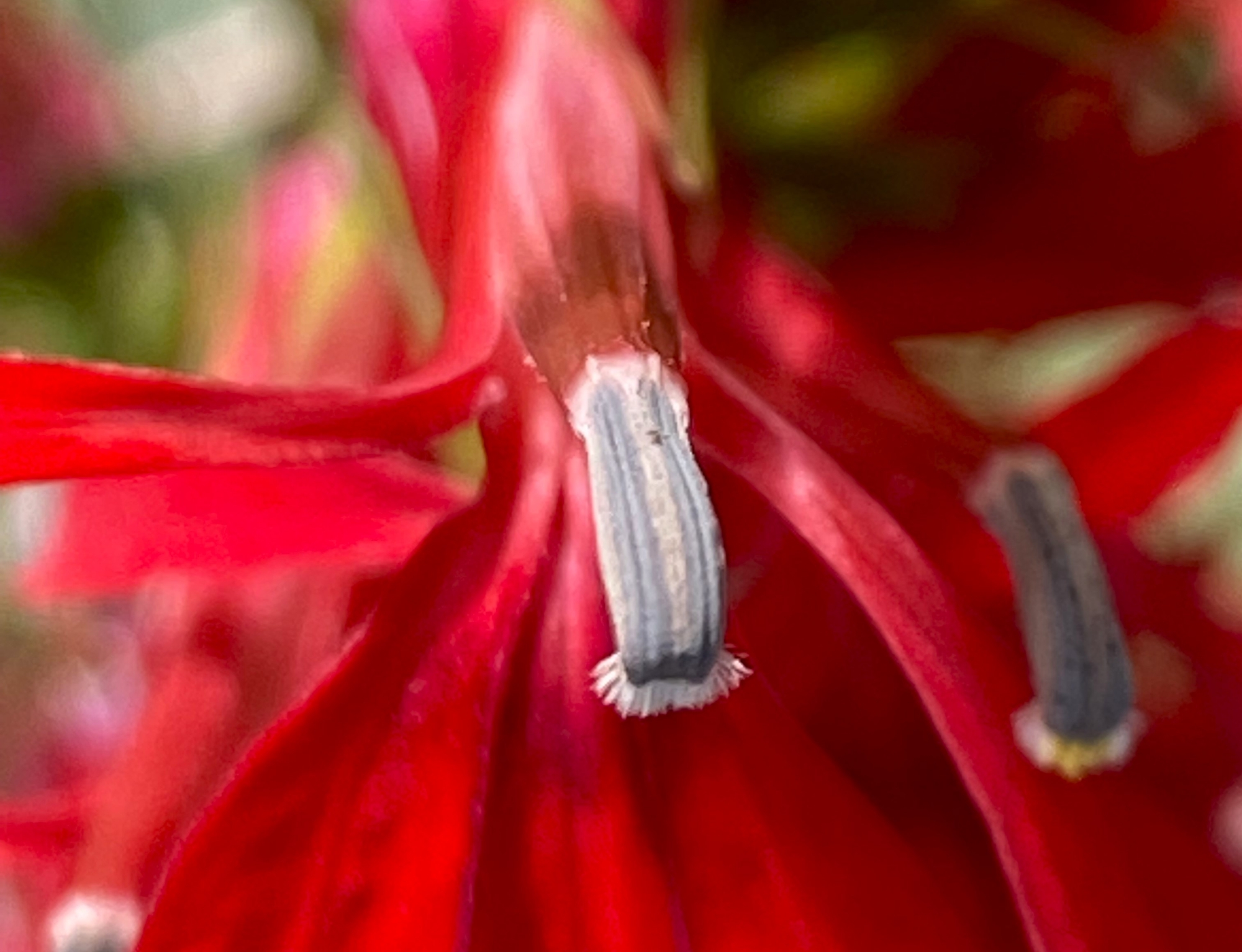 The most astonishing hookup in my garden came courtesy of the Culver’s root (Veronicastrum virginicum). I’d planted them in a tidy group of three, and they seemed happy enough over the years, filling in spaces among other tall natives such as switchgrass, goldenrod and Joe Pye weed. One in particular gets a little floppy but the surrounding plants support the five-foot stalks and keep them from becoming too much of a nuisance. Their white blooms look like a modern candelabra, twisty and irregular, and are often adorned with pollinators.

Then one spring, the distinctive whorled leaves appeared a few feet from the mother plant. It was noticeably shorter, roughly half as tall. I figured an extra-long stem had fallen over and joined a patch of monarda and phlox. It looked nice there, about the same height as its new companions, so I left it. And then the most amazing thing happened – when it bloomed, the flowers were purple, not white. It was arresting, and a bit creepy. This species does come in a range of subtle colors – from white to pink to blue – but this one appeared in the exact shade of pale lilac as the monarda and the eye of the phlox.

After my initial shock, I felt slightly embarrassed for the Culver’s root. It seemed a little too eager to please. But they were so beautiful together – this trio was clearly meant to be. Instead of losing a sense of itself, maybe the Culver’s root had finally been able to express its true identity.

“I don’t want to be tall and white and floppy,” it said. “In my heart, I’m short and purple.”  I hear you, Culver’s root. I see you. Because of you, I now try to leave some space in my garden for all sorts of love to blossom.