Urban and rural leaders embrace common ground in this program 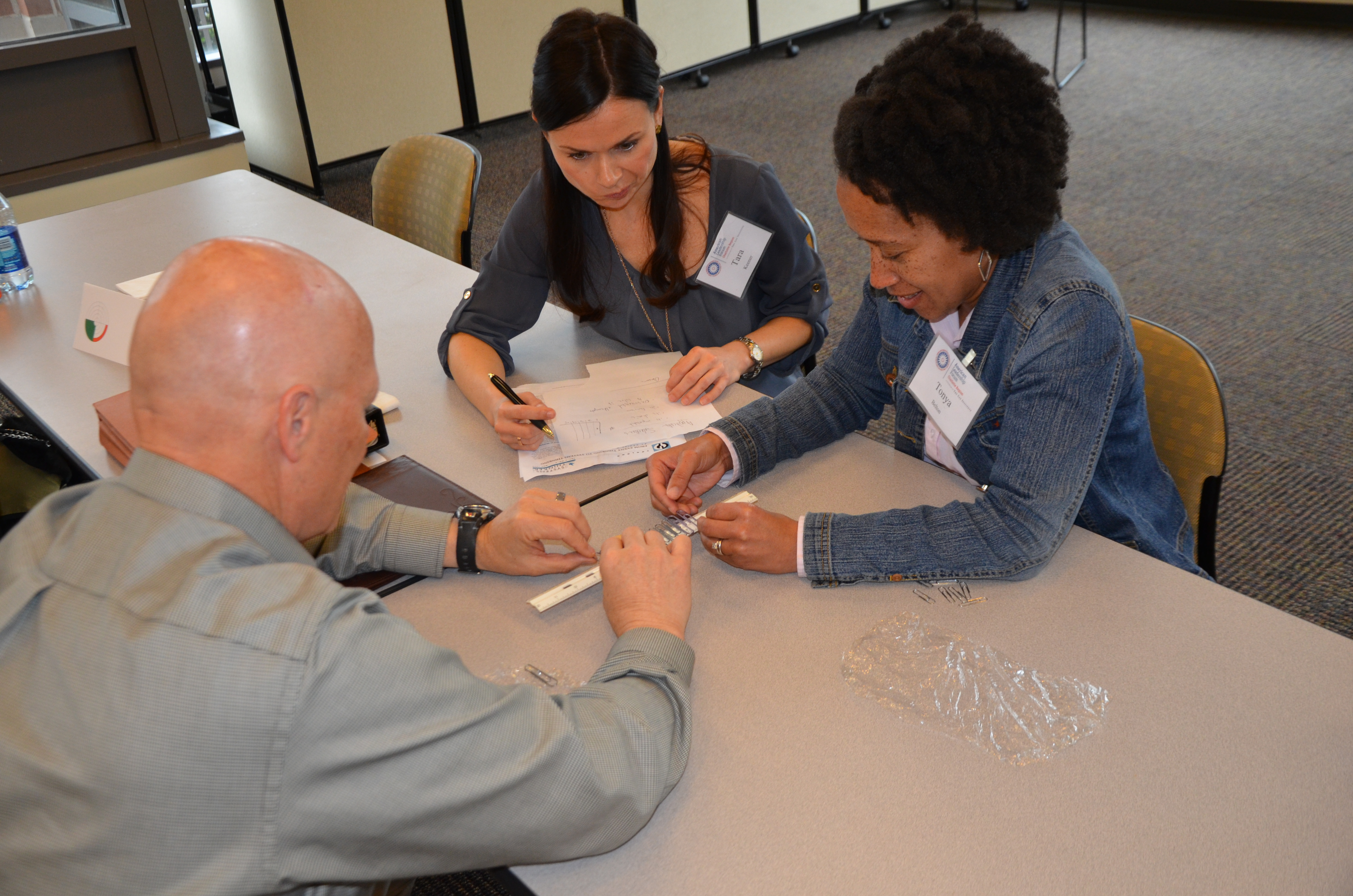 In telephone calls, emails and chats over coffee or dinner, dozens of business and community leaders in Charlotte and the surrounding suburban and rural communities regularly communicate — sometimes discussing local issues and sometimes not, in conversations that are happening deliberately.

For two decades, the non-profit Lee Institute, which promotes civic engagement, has focused on strengthening and empowering a diverse group of leaders through its flagship leadership development program, the Charlotte Region Chapter of the American Leadership Forum.

At one recent gathering, Charlotte-Mecklenburg Police Major Michael Campagna appeared before area police chiefs and other community leaders to share his experiences on city streets during the riots and peaceful protests that erupted in 2016 after an officer shot and killed Keith Lamont Scott, an African American man.

[Read more: What’s being done to bridge understanding between urban and rural leaders?]

“We have to make connections with people and bridge the gap between differences,” said Campagna, a graduate of the program.  “I believe I was learning, live, as it (the protest) was going, on how to adapt my language, my body position and how to listen to people. My hope is that people can look at my experiences standing between the lines and maybe take those lessons and apply them in other situations.”

That’s the program’s goal: creating connections between leaders from different places, often with vastly different backgrounds, that those leaders can then use in their own communities or to work together.

“Our outcomes are based on creating collaborative community leaders,” said Cyndee Patterson, president of the Lee Institute. “They also get a big dose of personal development and a greater understanding of how they impact others and others impact them.”

Fort Mill Planning Director Penelope G. Karagounis, who completed the program in April, said she plans to use some of her personal insights, new connections and sharpened leadership skills as she works on homelessness and other issues in Fort Mill.

“We all need to look at ourselves as regional leaders,” said Karagounis, who until early 2019 was the planning director in neighboring Lancaster County. “Issues that affect people in one county affect people in other counties.”

The institute launched the program after a watershed 1995 study of the region identified a need for more decentralized leadership, and increased cooperation between leaders in Charlotte and the surrounding communities.

“I thought Charlotte had so much going for it,” said Curtis Johnson, of Minnesota, an author and educator who worked with nationally recognized journalist Neal Peirce on the so-called Peirce Report. “It was a region with a leading economy in the U.S., yet it resisted behaving like a region. I thought, one day it will wake up and people will see it as all one place. Some people understood, but most didn’t.”

The efforts of the local American Leadership Forum are “very promising,” Johnson said.

As the Charlotte region continues to boom, it’s critical for leaders across the region to talk to and work with each other, said 2011 graduate Regina Moody, president and CEO of Holy Angels, a non-profit in Belmont which provides services to children and adults with developmental and physical disabilities.

“The American Leadership Forum is a good investment for the future success of our communities and to address some of our challenging and changing needs,” said Moody, who also works with a Gaston County group dealing with growth issues. “It is imperative to have crossover in our region.”

Among various leadership programs in Charlotte, the forum is the only one that intentionally selects people from across the region. Upon completion of a nine-month curriculum, which includes a two-night wilderness experience and sessions in locations around the region, each leader is asked to make a commitment to finding a way to make a difference.

Since the program began, 371 people have graduated — 20 more just started — representing businesses, non-profits, government and community organizations. The participants also reflect an intentional diversity of race, ethnicity, political views, socio-economic status and sexual orientation. Many are from Charlotte and Mecklenburg County; the others are picked from a 13-county region that includes North Carolina and South Carolina communities.

The local American Leadership Forum is one of nine chapters operating across the country. Tuition is $5,000, typically paid by employers.

While the program has successfully sparked communication between leaders around the region, resulting in networking and community initiatives, organizers are introducing new strategies to increase connections among the program’s alumni and help facilitate more community involvement. The forum is revamping its Senior Fellows program, which brings together alumni to discuss issues.

“Our goal over the next five years is to have a very robust Senior Fellows program,” said Patterson, a former at-large Charlotte City Council member and mayor pro tem. “There is more work for us to do.”

Once participants complete the forum program, each group of 20-25 is asked to develop a community project. Over the years, their initiatives have included the founding of the 15-year-old non-profit Apparo, which provides technology services to other non-profit organizations in the region.

Another group made repairs and painted some of the facilities at Holy Angels, the Belmont nonprofit. The most recent program graduates plan to complete at least eight service projects around the region over the next year, beginning with assistance to a non-profit that provides school supplies.

For Shelby Police Chief Jeff Ledford, skills learned through the institute helped strengthen a program he had created to improve the relationship between police and the local community. His connections and partnership with the Cleveland County community, he said, helped maintain calm after Shelby police arrested Dylann Roof in 2015 a day after he killed nine African American worshippers in at a Charleston church. And he said he’s shared insights from the program with others around the region.

While the American Leadership Forum helps connect leaders in different parts of the region, it is also influencing local leadership within some rural counties. In Stanly County, program alumni include the county manager, head of the chamber of commerce and a former county commissioner.

“I’ve seen a big shift in our community over the past 15 years, a change in leadership, a change in open-mindedness,” said 2019 forum graduate David Beaver, CEO of Uwharrie Capital Corp. in Albemarle, the holding company for Uwharrie Bank. “I think that way of thinking is moving our community forward.”