Voters born elsewhere make up nearly half of N.C. electorate 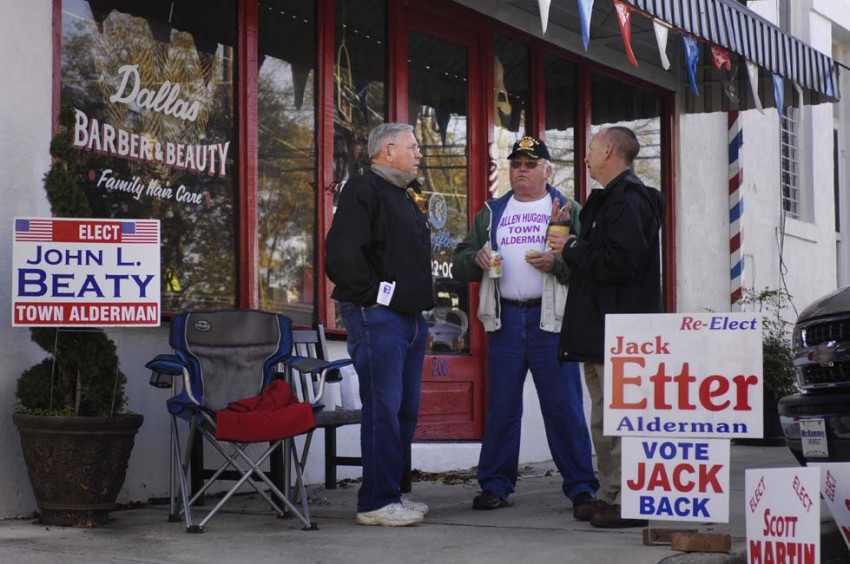 Population growth and change have had a dramatic effect on the state’s electorate. The 2012 presidential election exit poll found that barely half of the state’s voters were native North Carolinians. Forty-eight percent of people who cast ballots in North Carolina were born elsewhere.

The UNC Program on Public Life continues its exploration of the demographic and electoral trends that have positioned North Carolina as one of the nation’s swing states. At our request, the State Board of Elections provided us with 274,000 records showing newly registered voters who had entered an out-of-state address as their previous residence on their registration forms. The board’s staff recommended that we focus on the period from 2004 to 2012 because of the reliability of the data. So, while this report is not a comprehensive analysis of in-migrant voters, we can offer a look at the flow of voters from other states into each North Carolina county.

Our findings come in two formats: 1) The July 2014 issue of DataNet (see link in "Read More" above), which contains charts on the top 15 counties in in-migrant voters, as well as a historical summary of native/nonnative population produced by Rebecca Tippett of Carolina Demography; 2) Our website, www.southnow.org, offers an interactive graphic that gives a county-by-county count of the previous states of residence of in-migrant voters. In addition, the website also contains a series of interviews with recently arrived voters, conducted by students in Guillory’s public affairs reporting class in the UNC School of Journalism and Mass Communication.

In reading the chart below of Mecklenburg County, keep in mind that in-migrant voters (meaning people who move here from another state) constitute only one factor in shifts in voter registration. Shifts also result from people moving freely from one community to another within the state, and changing their voter registration. Here, then, are key findings: 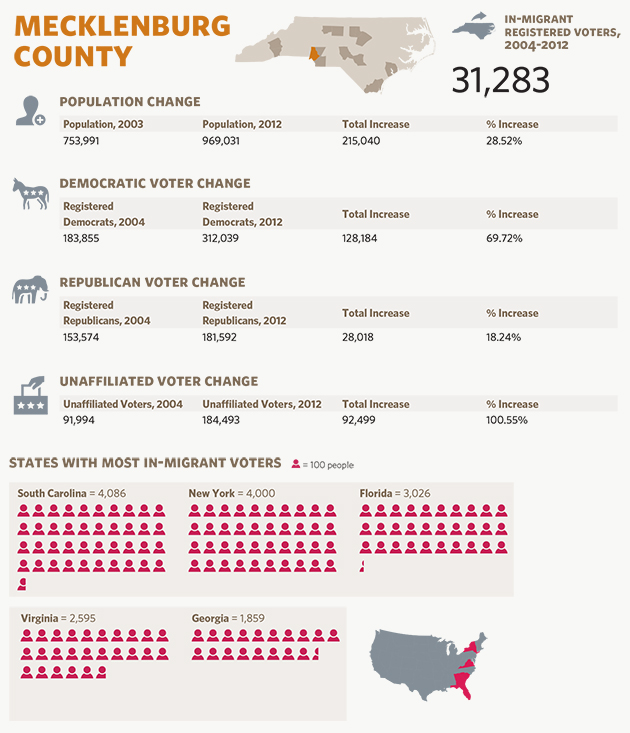 In the years explored in this report, the state's population grew by 16 percent. The Great Recession dampened, but did not stop, in-migration. Statewide Democratic registration rose by 20 percent, Republican by 18.5 percent and unaffiliated by 93 percent.

On Election Day, most unaffiliated voters actually perform as either Democrats or Republicans, casting their votes largely for candidates of the major parties, though with a relatively modest, yet significant share of ticket-splitters.

The chart below shows North Carolina residents by place of birth from 1850 to 2011. Scroll down to see the 18-year-old and older population for the same range of years. The second table shows that in recent years, voting-aged people not native to the state make up 48 percent of the population. 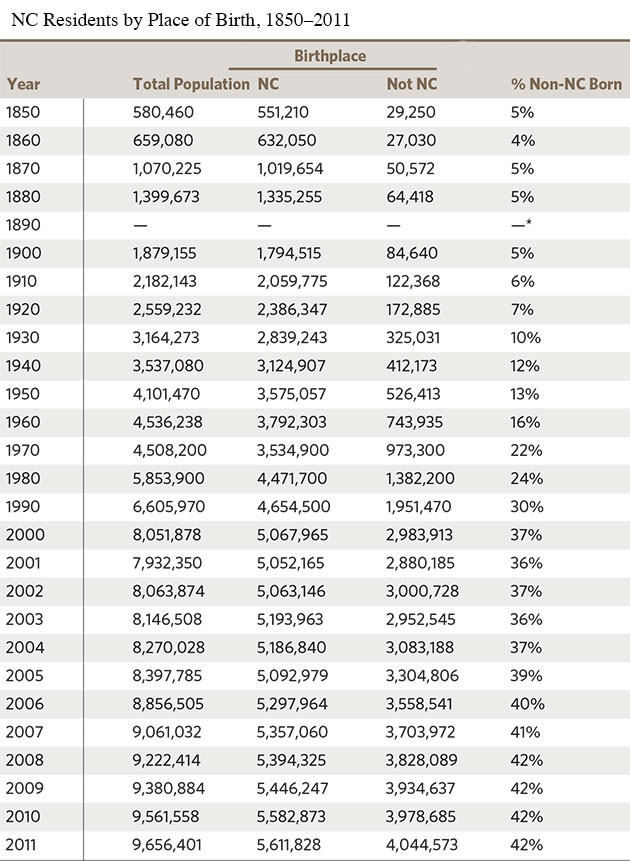 Source for this table and the table below: Data from 1850–2000 are from the decennial census. Data from 2001–2011 are from the American Community Survey. All data were drawn from the University of Minnesota's Integrated Public Use Microdata Sample and analyzed by Carolina Demography. 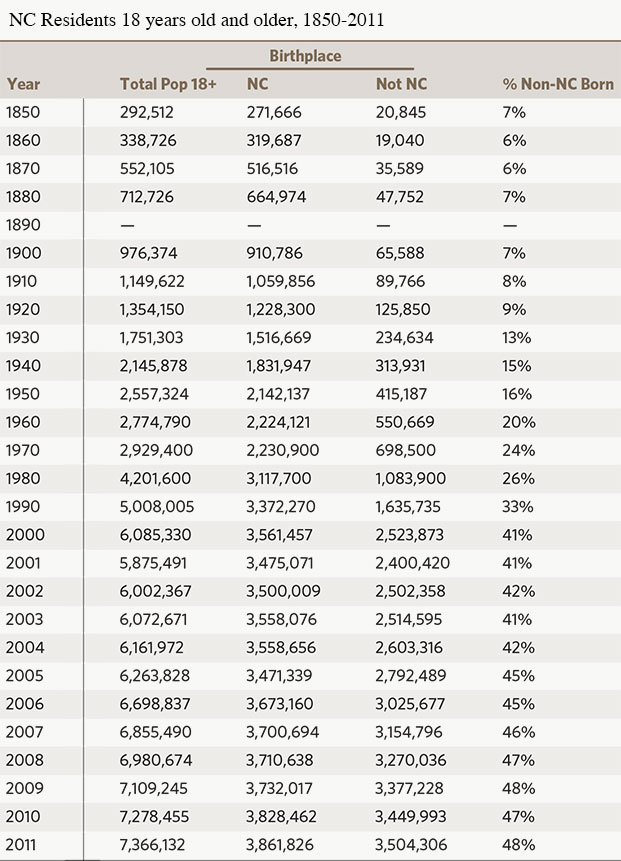