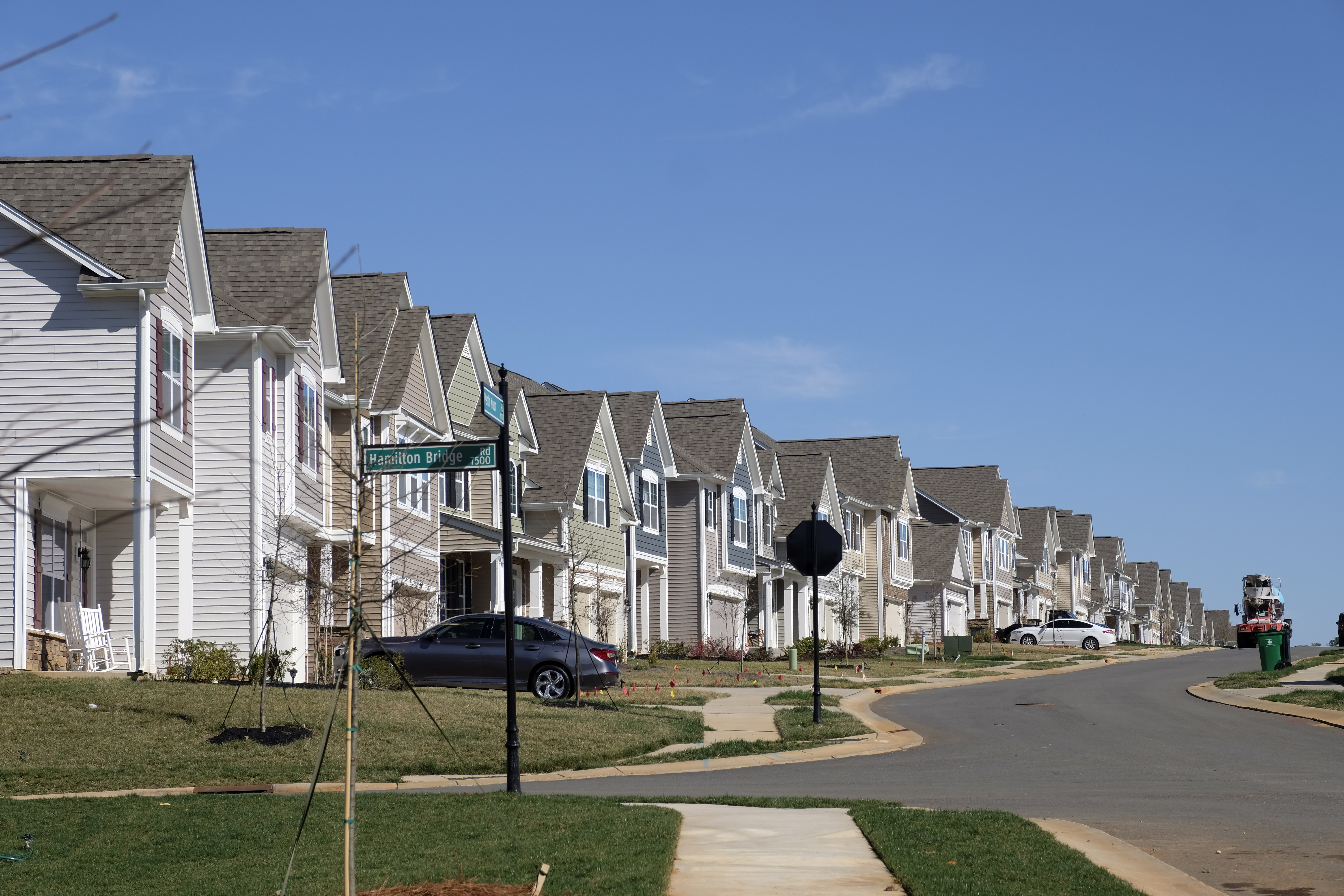 For decades, the single-family home rental market was a small-scale industry, made up almost entirely of local landlords who rented out a few houses they bought as investment properties, or perhaps inherited, or held on to after relocating.

But the years since the Great Recession have witnessed a dramatic shift, as Wall Street-backed rental companies moved in to snap up homes lost to foreclosure and replace mom-and-pop firms as America’s landlords. New companies like Invitation Homes, American Homes 4 Rent and Tricon American Homes purchased hundreds of thousands of houses, acquiring dispersed portfolios of properties and turning the suburbs into a lucrative revenue stream.

Their bets have paid off so far: The biggest firms own portfolios with hundreds of thousands of houses, generating big profits for investors. Some are publicly traded: Invitation Homes reported $196 million in profits for 2020, while American Homes 4 Rent racked up $155 million, for example.

It’s a big shift from the way the real estate market used to work, with a hard-and-fast division in most neighborhoods between rental housing (mostly in apartments) and owned housing (mostly single-family detached dwellings).

To see how deep Wall Street landlords have gotten into the Charlotte housing market, the UNC Charlotte Urban Institute analyzed Mecklenburg County’s property ownership database as of May 2021. We found that while they only own a small percentage of total houses, the new single-family rental conglomerates have built portfolios of houses heavily concentrated in the starter home segment of the market — where the supply crunch is tightest right now. And they’re still adding to their holdings, concentrating on suburban properties in mid-priced neighborhoods like Steele Creek and Highland Creek. 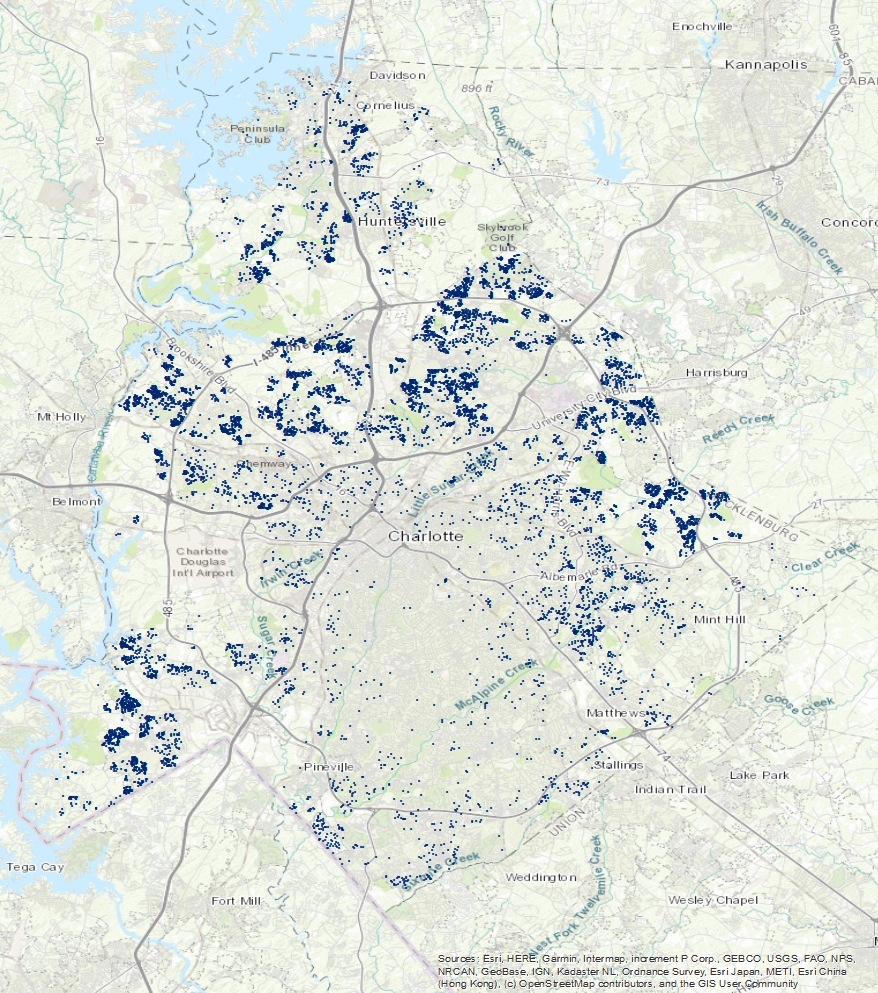 Here are some key facts about Charlotte’s the new single-family landlords:

So is this ultimately good or bad for the housing market, residents and the Charlotte region? The companies say that they poured money into houses that might have otherwise deteriorated in foreclosure. American Homes 4 Rent says it typically spends $15,000 to $30,000 on renovations per house. They also standardize and formalize the rental market, with online portals for resident maintenance requests and other conveniences that a small operator might not be able to provide. And by opening up rental opportunities in neighborhoods that generally haven’t had them before, such companies might allow people without the means of buying a house to move their families to higher-performing school districts.

But in national reports, some residents have complained that the companies are slow to respond to maintenance requests and quick to file eviction papers. There’s also the matter of their effect on the housing market. Charlotte’s supply of homes is at historic lows, with less than three weeks worth of properties available (a healthy, balanced market is generally considered 4-6 months worth of supply). Meanwhile, prices are shooting up, increasing 16.4% in April to $377,643. That means Wall Street is competing with regular buyers in an increasingly crowded market, with people trying to buy houses squeezed on price and supply.

Buying houses in fast-growing cities with a low supply of housing is part of the strategy.

“Our strategy is to concentrate our properties in select geographic markets that we believe favor future growth in rents and valuations,” said American Homes 4 Rent. More than 60% of its housing portfolio is located in a handful of Sun Belt cities including Atlanta, Charlotte and Raleigh. The company also flags the end of the housing crunch as a risk factor: “the continuing development of single-family properties, apartment buildings and condominium units in many of our markets increases the supply of housing.”

In a decade, single-family home rental conglomerates have already started to reshape the housing market, and they appear to be dug in for the long haul, building homes designed as permanent rentals when they can’t acquire enough on the open market.

As American Homes 4 Rent — which acquired more newly built houses than existing houses in 2020 — put it in their latest annual report: “Our strategy of developing a significant pipeline of single-family homes for rent is relatively new and unprecedented...We are increasingly focused on developing ‘built-for-rental homes.”

As Charlotte and Mecklenburg County grapple with housing affordability — and single-family institutional firms keep buying up homes and building all-rental subdivisions — the continued presence of this new class of landlord is an important factor for the community to keep an eye on, and for further research.