Want to know why developers are embracing walkable urbanism? Follow the money. 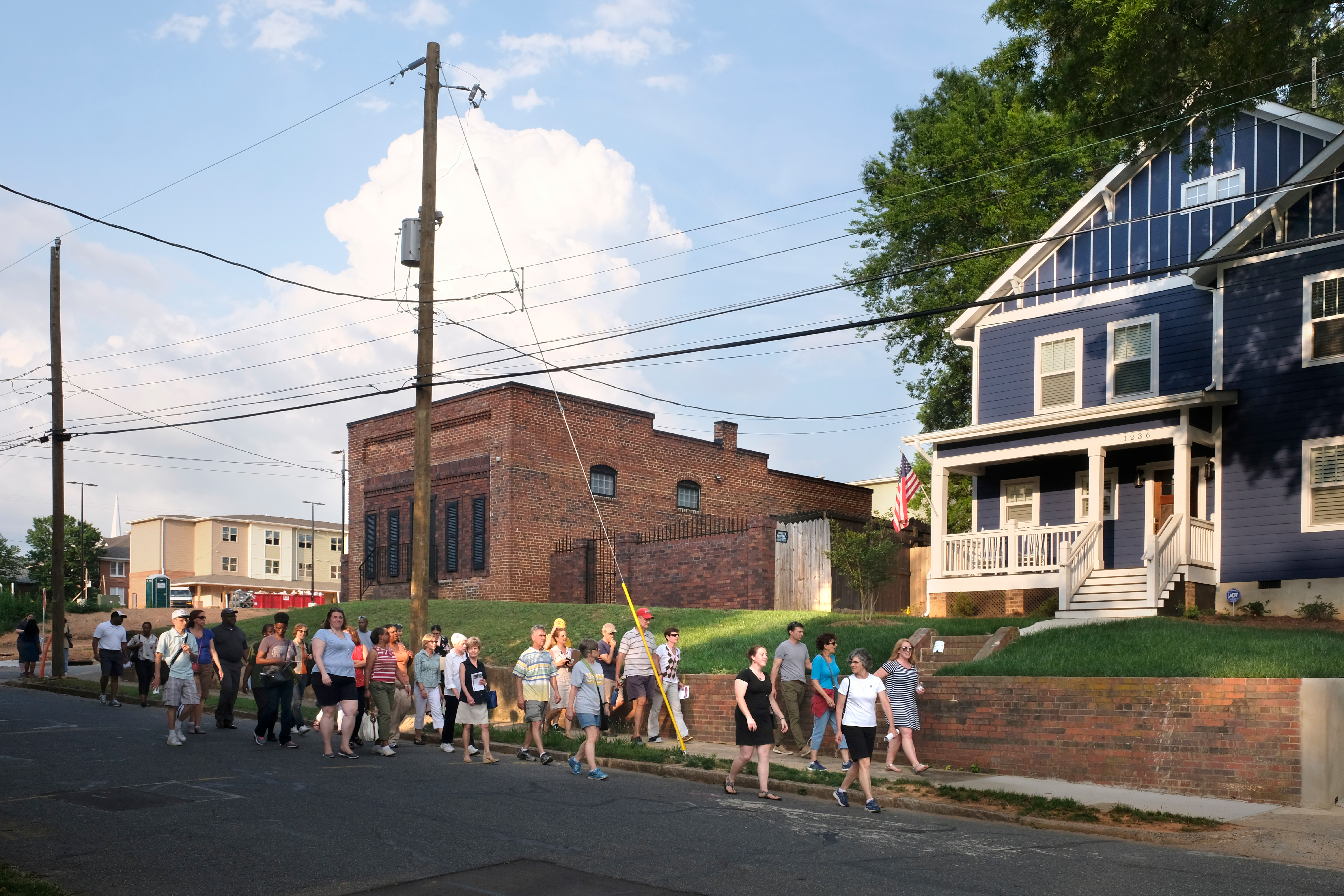 Charlotte’s suburbs are starting to look more like urban areas, and a new study points to the value to be gained from walkable, transit-connected, urban-style growth.

From Ballantyne to SouthPark to UNC Charlotte, developers are filling in huge parking lots and empty land at some of the city’s best-known suburbs with apartments, office buildings, hotels, shops and restaurants. Meanwhile, planners are looking to reconnect cul-de-sacs and disconnected streets with walking paths, bike trails and links to transit.

Real estate experts have said they’re responding to market pressure: Businesses, workers and residents want to get from home to work to dinner without spending big chunks of their day in a car, and suburban-style developments that cater exclusively to drivers no longer cut it with many consumers. Now, a study from George Washington University and Smart Growth America is attempting to quantify that demand. Titled “Foot Traffic Ahead 2019,” the study’s authors identified “walkable urban places” (or “WalkUPs”) in the nation’s 30 largest metro areas.

The report found that WalkUPs occupy a tiny percentage of the land area in most metro areas (generally less than 1 percent) but command huge rent and price premiums, as well as generating an outsized portion of local economic output. And the shift towards walkable, urban development patterns is accelerating.

“Walkable urbanism is emerging as a rising or even dominant factor in real estate development across U.S. metros. This trend is not confined to coastal cities, those with pre-WWII roots, or economic superstars,” the report asserts. And the shift in consumer preferences is likely to continue going forward.

While there’s a “tsunami of pent-up demand for walkable urban development,” the report’s authors noted, “the demand for drivable sub-urbanism in certain real estate product types has been satisfied.”

[Read more: From Ballantyne to SouthPark to University City, the suburbs want to be more like the city]

The Charlotte region ranked No. 10 for its percentage of office, retail and rental apartment space in “regionally significant” walkable, urban developments, just behind Atlanta. With what the authors classify as “walkable urban” development in Charlotte concentrated in and around uptown, the land area is tiny. But 23 percent of Charlotte’s total office, retail and multifamily inventory is located in those areas.

The study ranked Charlotte in the second tier of walkable urbanism - below the top tier, occupied by metros like New York City, Boston and Washington, D.C., but ahead of some Sunbelt competitors, like Dallas, Tampa and Phoenix.
Real estate in walkable areas enjoys a huge premium. On average, rents in Charlotte’s walkable urban areas are 77 percent higher than elsewhere in the city, according to the study. And between 2010 and 2018, that premium increased 16 percent.

That indicates people are willing to pay significantly more to live in such areas or locate their business there, and that their willingness to pay more has gone up in the past decade.

“This is just another piece of evidence with hard data that people value walkability and we can put a number on that value,” said Binns. “Sustainable development is not just good for our quality of life, or for the environment, it's also good for pocketbooks.”

“A critical piece of keeping (Ballantyne) full in the future is all this,” said Barton speaking about the planned redevelopment at a recent community meeting, “Because this is what people want.”

Still, the report’s authors cautioned that shifting to a more fully walkable, urban development model will take decades. Zoning policies that discourage density, along with road investments that encourage sprawl and much lower land prices on the fringes of cities, mean that there won’t be an end to the suburbs or low-density, auto-centric development anytime soon.

“This analysis does not mean that sprawl will immediately disappear from the American metropolitan landscape, especially since most buildings a 40-year plus life before they have to be totally rehabilitated or torn down,” the report notes. “The trend towards drivable sub-urban development lasted over 60 years, and only this past real estate cycle has marked the pivotal moment of a gradual shift to walkable urban development.”

Land in outlying suburbs remains far cheaper, and that attracts major new subdivisions catering to people who might still be willing to drive longer in order to afford a single-family house, along with a yard, more space and the other traditional markers of the American Dream. And with a housing shortage, that is not likely to stop in the near future. For example: Lennar Carolinas is planning to build 1,800 houses on about 1,800 acres in Lancaster County, S.C.

The study also has some limitations. The researchers defined WalkUPs as areas with more than 1.4 million square feet of office space and/or more than 340,000 square feet of retail space, as well as a Walk Score of at least 70 at the most walkable intersection. The focus on large areas potentially means that smaller pockets of walkable developments aren’t accounted for.