What does COVID-19 mean for place-based development? 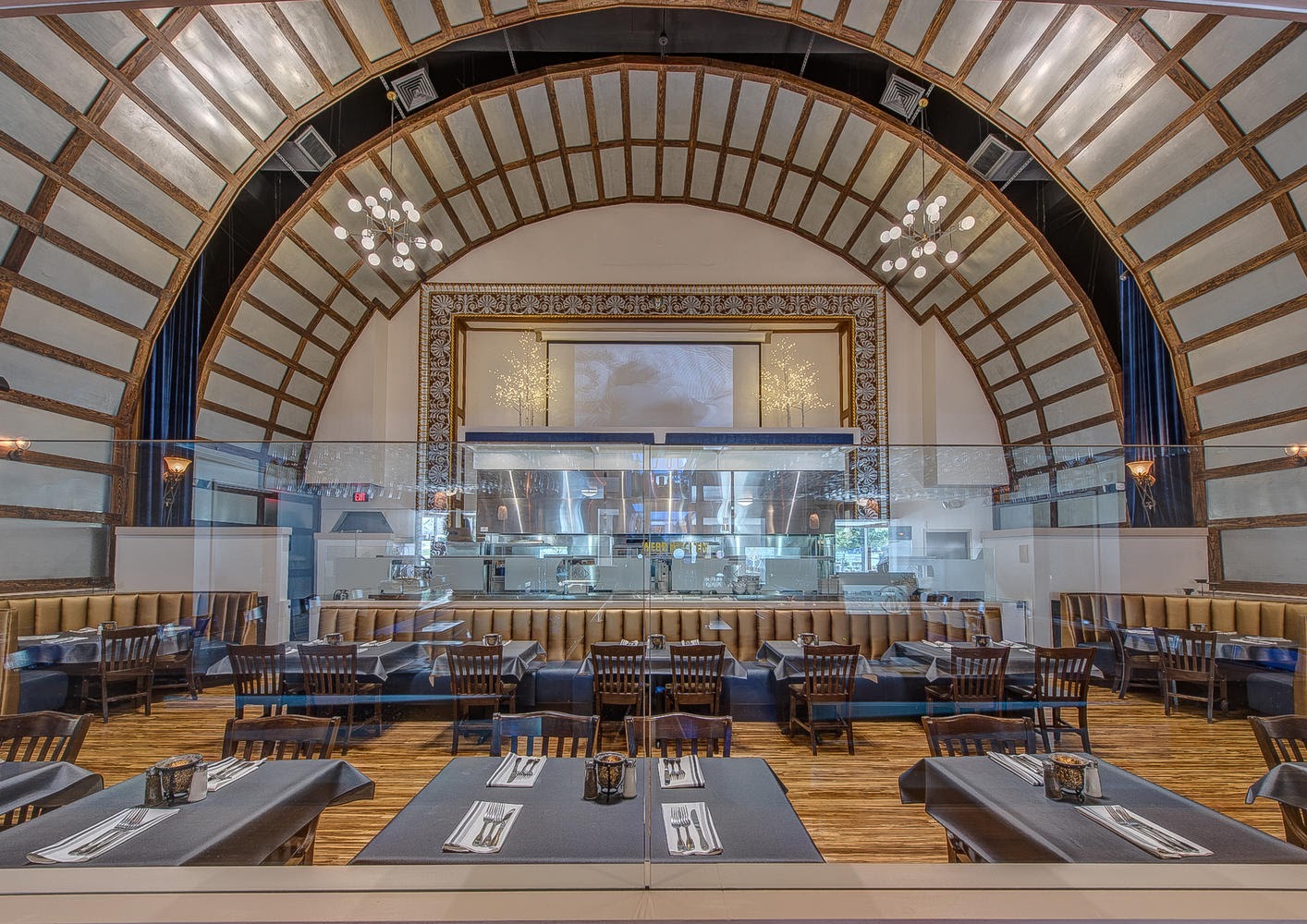 When Paul Sires and his partner Ruth Ava Lyons started looking at the neighborhood that would become the NoDa arts district in north Charlotte back in 1983, it looked like opportunity.

The main drag had a ribbon of historic buildings with “structural reality,” and the kind of masonry where the inside is revealed from the outside, Sires said. It would eventually be filled with artists’ studios, his and Lyons’s Center of the Earth Gallery (which closed in 2010) and nationally-recognized music venues like the Evening Muse.

It’s the same opportunity Sires said he sees in Gastonia and Great Falls, S.C. today, where historic buildings with striking architectural detail and low rents have attracted artists he knows in recent years.

But he wonders what the future looks like for the creative economy’s stock-in-trade — in-person, authentic interactions — in the wake of the deep economic and social pain of the coronavirus crisis. Marshalling a sense of hope and clarity about what to do next seems futile. The pandemic is a wall no one can yet see behind.

[Read all of our coronavirus-related stories here]

Will adventurous diners from Charlotte still make the trip to the Webb Custom Kitchen, at least a 30 minute drive from uptown, to eat in a socially distanced dining room? Will people admire the charms of the “quaint little French Village” of Badin, or pass the time sitting with a crowd at a minor league ballgame in Kannapolis?

As the institute’s 2019 Carolinas Urban-Rural Connection project showed, the creative economy, boutique retail and “place-based” experiences are central to the post-industrial renewal of many communities around the Charlotte region. Similar strategies have been the hallmark of a half-dozen Charlotte neighborhood revitalization plans in recent years.

Much has been written about the revival of down-on-their-luck urban neighborhoods whose creative comeback was fueled by a restaurant or brewery. But that kind of place-based renewal is also the touchstone of a suburban and small-town Main Street movement.

Places like Shelby’s Don Gibson Theatre, the El Dorado Outpost outdoor retailer in the Uwharries and The Twilight Bark pet supply company in Troy were built on grit, luck and the surety that there would be demand for something other than the offerings at chain stores and strip malls. Now, owners and local officials are left to wonder: Will the people come back?

Like independent retail, small-scale farming also depends on consumers looking for more “connected” food products, like a personal relationship with the grower, than can be found at the supermarket or with commercial suppliers.

Small food producers like New Appalachia in Fleetwood and Fair Share Farm in Pfafftown, N.C., both of which supply high-end restaurants around Charlotte and the Triad, were already less optimistic about the odds of survival for small, local farms when the institute talked with them a year ago for the CURC project. But there was evidence that, as growers and food-and-beverage retailers expanded workforce skills and improved production quality, it could yield long-term rural development benefits.

A year and a global pandemic later, expanding workforce skills will become a necessity for nearly every sector of the economy. But for those counting on place-based, experiential strategies to drive their revivals, the key question is: Will that be enough?

The number of people employed in the restaurant industry across the CURC region grew three percent in the last year, faster than the nation’s growth in the sector, and added over $4 billion in gross regional product according to data from Emsi.

In numerous interviews over the institute’s two year project, the story was always the same: the colorfully-local retail and dining offerings of the region’s Main Streets were banking on Charlotte’s wealth and visitors from across the region to fuel their success.

Now, as the region turns attention toward reemployment initiatives, it’s not clear how creative or place-based business strategies will figure into the mix, or how many such businesses will survive across the wider region.

Still, there are reasons for optimism. Kris Reid, director of the Piedmont Culinary Guild, a grassroots organization that promotes a “local food economy,” said its small farm and restaurant members (including The Goodyear House, The Stanley and 300 East in Charlotte) are “more visible in this environment.”

“Farmers are selling out of everything with no restaurants open,” she said. Demand has shifted to direct-to-consumer sales: a Guild member and rancher in Stanly County has cars lining up at his farm for the first time, waiting to buy meat; a donut shop in Charlotte is now a “grocerant,” selling the eggs and other locally-raised ingredients that went into its pastries as part of its now-mandatory curbside service.

Seventy-five percent of Guild members expect to maintain new revenue streams post-pandemic, Reid said. By virtue of being small, its members were back up and running in 2-3 days, posting new offerings on social media without the “red tape” that chain restaurants encountered in the early days of the shut-down.

Raleigh-based Jason Nelson, who co-founded the Freelance League of North Carolina, a network for solo-workers to meet and break bread, said the entrepreneurs who hope to fuel Main Street revivals will have to be that creative.

“We’re no different than companies large or small,” he said. “We’re faced with the same challenges when it comes to cash flows, forecasting an uncertain future, cutting unnecessary expenses and thinking creatively about how to sustain our solo enterprises.”

His silver lining: the innate resiliency of entrepreneurs to dream up new stuff when facing a roadblock.

“Instead of focusing on everything that's going wrong or imploding, I think it’s important to look towards new opportunities,” he said. “The tenacity with which we took the leap is the same that will guide us through the pandemic.”

Michael Sammut, owner of a small technology business and board chairman of the nonprofit Charlotte is Creative, is taking a similar approach.The pandemic will shape demand, he said, particularly for new digital technologies.

“Companies of every size are now looking to reach out to their audience digitally, virtually, from a distance,” he said. “This will inspire new approaches to offering goods and services that I imagine will open up an entirely new landscape of creativity and the careers, jobs and gigs to go with it.”

The arts and creative spaces

WESTAF, a consultancy based in Colorado that produces a national Creative Vitality Index ranks North Carolina 0.66 for the number of jobs and “community participation,” such as nonprofits, dedicated to the arts. (A value greater than one indicates more creative activity per capita than the national average.) According to its 2019 report, statewide, 145,898 people had been employed in creative fields that generated $1.6B in annual impact.

David Holland, director of public policy for WESTAF, said the arts will help provide “transformative experiences” after isolation that can knit communities back together. “The creative economy will also be key to reimagining the future of spaces in which we gather in a post-COVID world,” he said in an email.

“The arts just need cheap rent,” he said, adding that it’s increasingly rare in the Charlotte market. The tax bill for his own studio rentals on Charlotte’s West Side increased by 350 percent with the county’s last revaluation, one example of the kind of costs that increase as areas gentrify.

Someone will have to pay for it. If the Carolinas Urban-Rural Connection project was about more than pointing out the “green shoots” of economic renewal across the region, it also imagined what shared investment in place-making might look like: more mortar and masonry, less facade. One potential future direction of the project would design initiatives to push talent and capital resources “out” to the wider benefit of the region.

Just as Main Street entrepreneurship has been a reliable source of color and character, such places are necessary to “resilience and recovery” WESTAF’s Holland said, “by inspiring people through meaning and joy.”

They may be necessary. But whether the prediction of Piedmont Culinary Guild’s Kris Reid -- a “monumental shift” in consumer orientation to a localized economy -- will be borne out remains to be seen.

Small, crafted, curated and faced with questions: The future of the many place-based initiatives in the central Carolinas may depend on more than Charlotte’s affluence. We’ll have to decide as a region if, when the economy opens back up, we have what it will really take to sustain them.