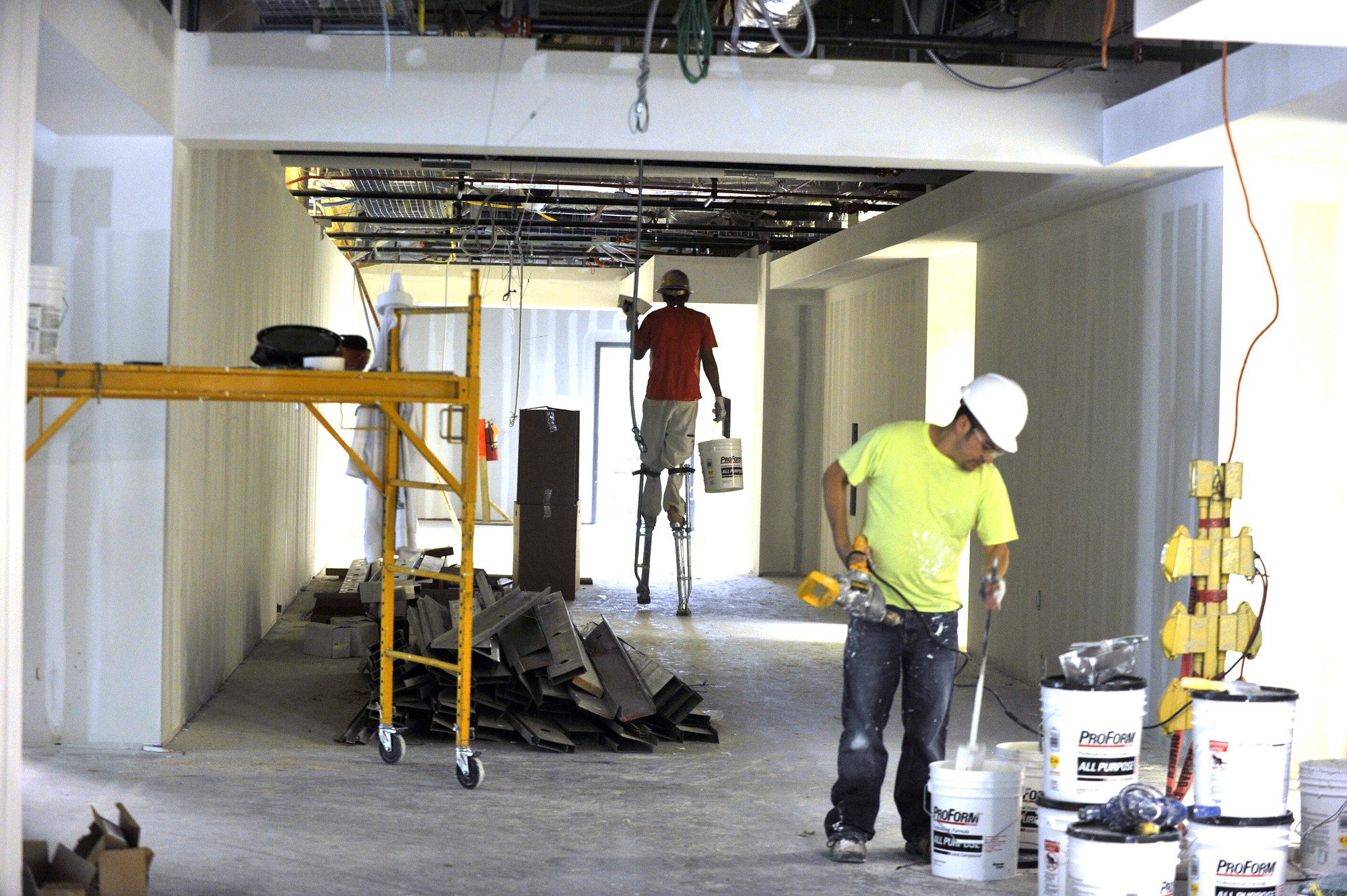 More people than ever are voluntarily leaving their jobs. This phenomenon, known as the Great Resignation, is happening in nearly every employment sector and across a broad range of income levels. Fueled by the pandemic, changes in how we work, increasing work demands, other opportunities and more, workers of all types are looking for a change.

Records started shattering in the heat of summer 2021, when 4.03 million people quit their jobs across the United States. The number of people quitting just kept climbing from there. In November, 4.53 million people left their jobs; the highest in the two decades since the Bureau of Labor Statistics started tracking this information. 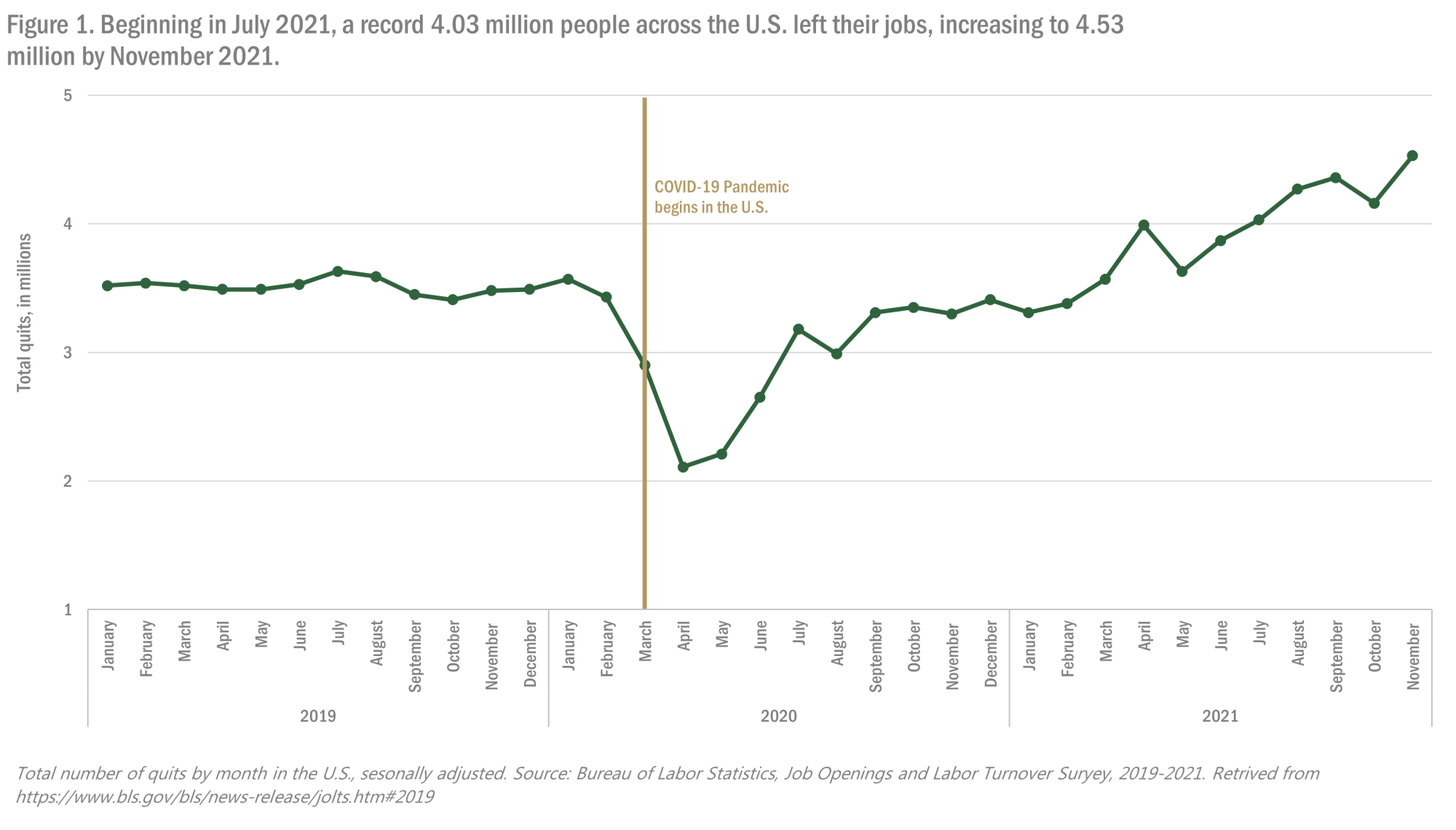 The largest turnover has been among those making the lowest wages. When the pandemic hit, many of these workers had little to no ability to shift and work remotely and suddenly found themselves on the front lines of the pandemic, supporting everyone else at grocery stores, gas stations, and other essential services. They were also thrust onto the front lines of conflicts about masks and vaccine mandates, and many likely struggled to balance the demands of in-person work with caring for children during childcare shutdowns and remote learning.

The most recent data shows that workers in accommodation and food services  and leisure and hospitality quit their jobs at more than double the rate of industries, overall (6.9% and 6.4% respectively).  Workers in retail trade were close behind, leaving their jobs at a rate of 4.4%.

In the Charlotte region (which includes Concord and Gastonia), the jobs with the lowest wages are those in food preparation and service, personal care and service, and building and grounds cleaning and maintenance.

What does this mean for Charlotte-Mecklenburg?

The South consistently has a higher quit rate (quits as a percent of total employment) than the U.S. overall, even though peaks and valleys in quit rates in the South follow a similar pattern to the U.S. This could be because the South has, in general, lower overall wages than many other parts of the U.S., because the population in many metropolitan areas like Charlotte is more mobile, or because of a different mix of job types and industries. 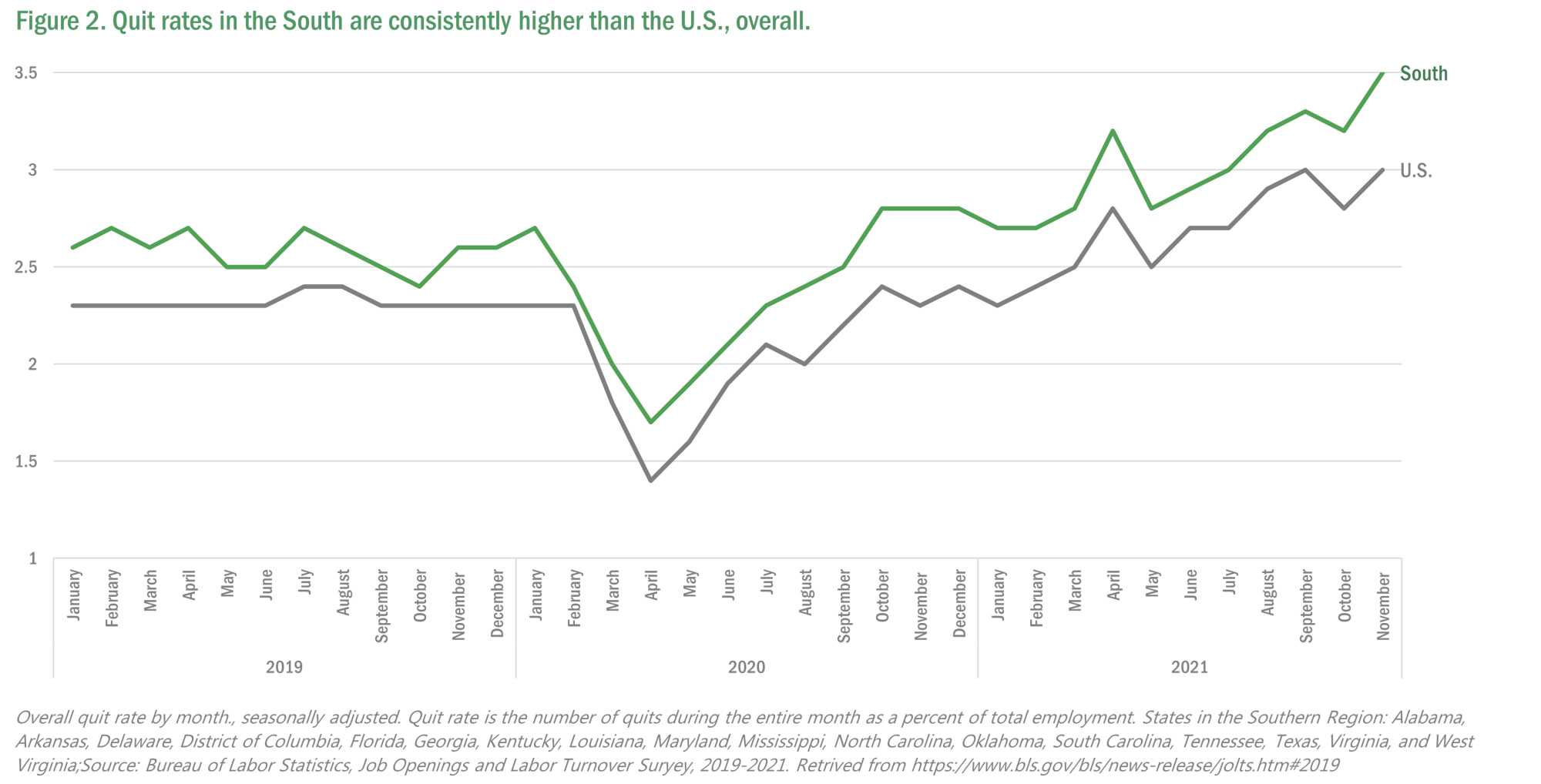 The Bureau of Labor Statistics doesn’t report quit rates by industry by locality. Because we wanted to learn more about how many and what kinds of workers are leaving their jobs in our region, we applied the overall quit rates to employment estimates by industry at the Charlotte-Concord-Gastonia metropolitan statistical area (MSA) to estimate the number of workers who quit their jobs within each industry at the local level.

All estimates are based on November 2021 numbers from the Bureau of Labor Statistics and speak to the number of quits that occurred during November 2021.

Looking at the industries with the highest quit rates, Nov. 2021 quits in the Charlotte region included:

It’s important to note that quits account for the number of jobs, not the number of unique workers. One person can have multiple jobs in multiple industries, and if that person quits more than one job, they would be counted for multiple quits. Additionally, individuals who work within the Charlotte region but live outside the region, such as Union and Iredell counties, would also be counted in the quit numbers and not necessarily in the population estimates. Also important to note is that both supersectors and smaller sectors are represented in the industry counts, meaning that quits could be double-counted. For example, if someone quits a job in retail trade, the quit would be counted in the retail trade sector and the trade, transportation and, utilities supersector. 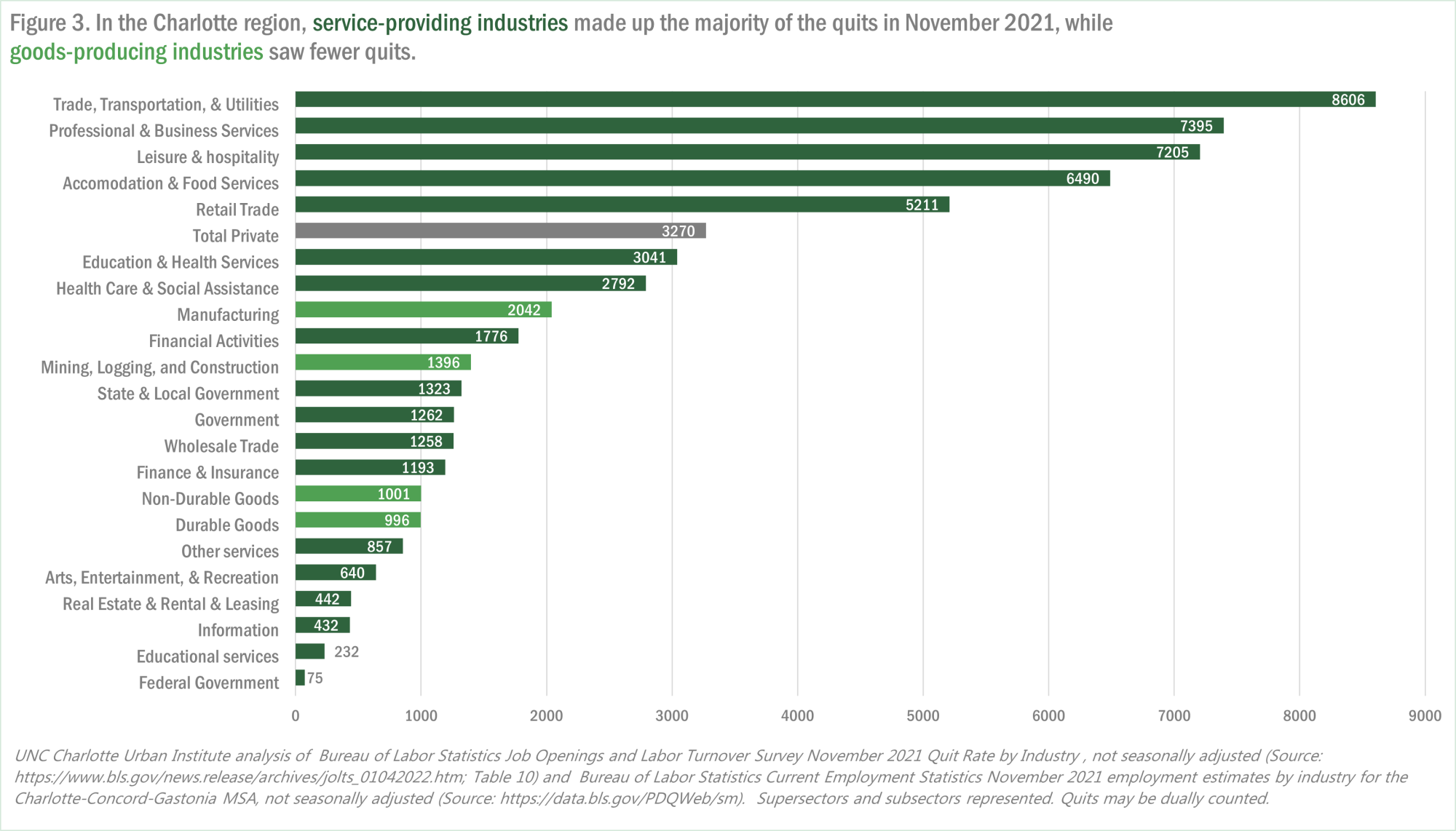 The industries with the next highest number of workers leaving their jobs in the Charlotte region are those with the highest quit rates – leisure and hospitality, accommodation and food services, and retail trade. Locally, the leisure and hospitality industry saw 7,200 jobs quit. Meanwhile, 6,500 jobs in accommodation and food services and 5,200 in retail trade were quit.

The education and health care services industry also had a large number of workers leave, roughly 3,000. Educators and health care workers, of course, are some of the groups that have been most stressed by the pandemic.

Not everyone is leaving their jobs during the Great Resignation, however. Workers in the public sector are largely staying put. Federal government employees in the Charlotte region saw just 75 quits, the lowest of any industry. Another 1,300 workers in state and local governments left their jobs.

Interestingly, workers in educational services had the second lowest number of workers leave their jobs in the region, with 231 jobs quit in that industry. Educational services exist within the education and health care super sector mentioned above.

These numbers are meant to help us better understand where people are leaving their jobs in the Charlotte region. While the numbers represent just one month of employment — and the next month may look different — the data show that the Great Resignation is not spread equally across all employment sectors. By looking at which workers are quitting the most, we might be able to see where we should focus our efforts when it comes to questions of training workers for the economy of tomorrow, how employees can be better supported in their jobs, and which workers need the most help today.