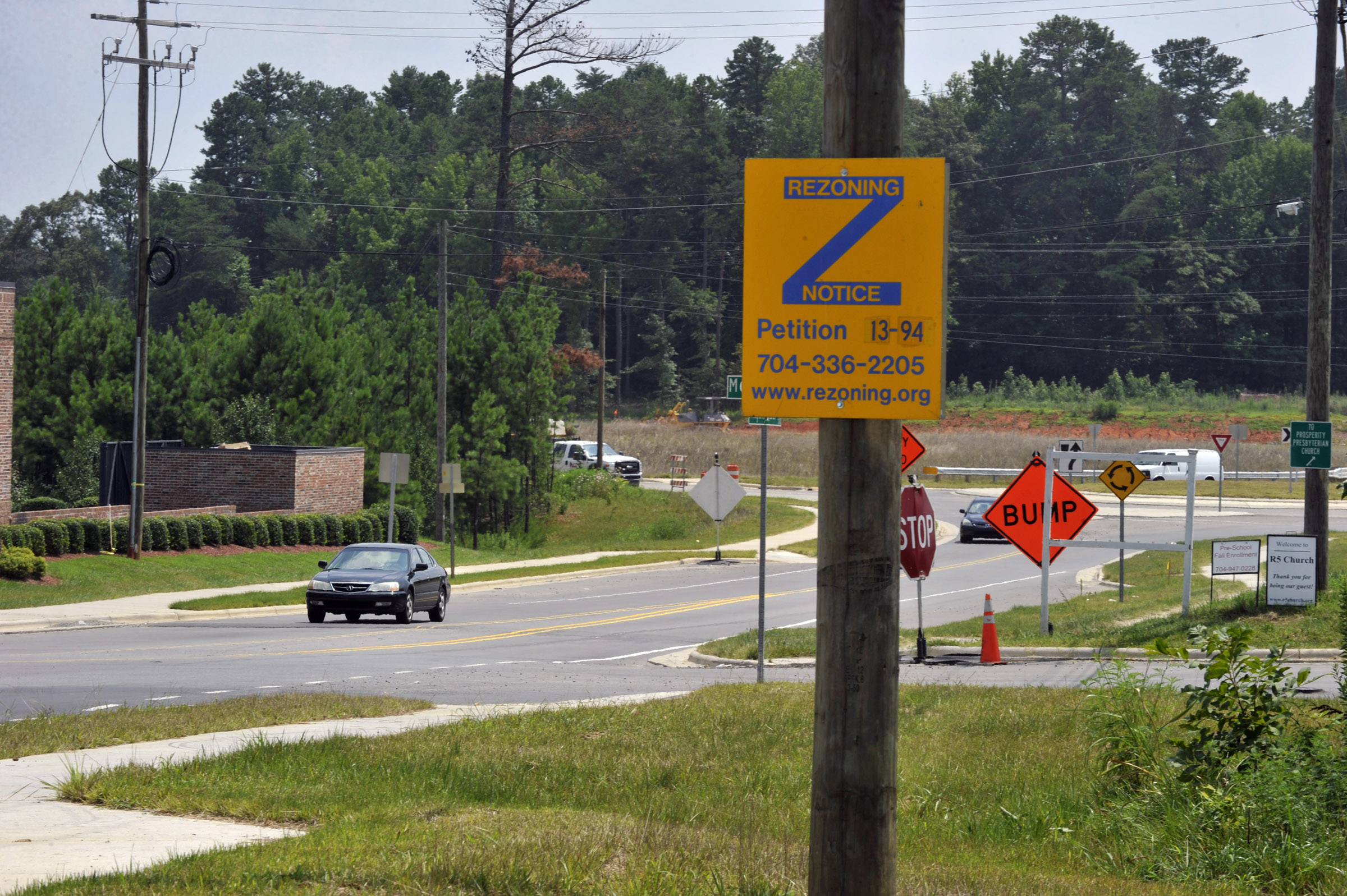 On Monday, Charlotte City Council slogged its way through dozens of rezoning petitions and still didn’t finish the night’s agenda — but, as is usually the case, they said yes to most requests.

The rezoning approvals included a plan to redevelop the VanLandingham Estate while preserving the historic building, as well as petitions to build townhouses, apartments and single-family residences across the city. City Council ended the meeting at 10 p.m., and they’ll come back next week to finish up the remaining items on the agenda.

“After 10 o’clock, probably, we have lost a lot of capacity to absorb our information,” said Mayor Vi Lyles. The policy of ending at 10 p.m. is a change from years past, when zoning meetings would commonly go until midnight or later.

The third Monday of each month usually follows a similar routine at the Charlotte-Mecklenburg Government Center. Neighbors show up to hold signs for or against projects, council members debate whether a proposal will create too much traffic, while land use attorneys lay out arguments on behalf of their clients.

And a large majority of the time, when a rezoning petition comes up for a vote, City Council approves the measure.

Over the past decade, City Council has only denied 27 rezoning petitions outright, out of more than 1,200 filed, according to city records. That means there are more new breweries in Charlotte since 2009 than rezoning petitions turned down.

Here’s a chart showing the approval, denials and withdrawals by year the petition was filed. Rezoning petitions also include staff-initiated text amendments and changes to ordinances, such as the new rules for transit-oriented development approved earlier this year, but the vast majority are from developers seeking to build on a site.

So, what’s behind the high approval rate? A few things could be at work:

Charlotte is a development-friendly city

As a city that’s quadrupled its land area and tripled its population in the past 50 years, Charlotte has long been enthusiastic about growth. City Council has often reflected that, and though citizens grumble about increasing traffic, there’s little incentive to slam on the brakes.

If City Council turns a rezoning petition down, the property owner has to wait two years to refile. That means if a developer realizes a request is unlikely to win approval, they have a strong incentive to withdraw the petition before the vote. Technically, City Council has to approve the withdrawal, but they almost always allow such requests.

Most issues are worked out before a contentious vote

By the time City Council votes on a project, it’s usually been through a staff review, a community meeting, a public hearing and another round of scrutiny by the Planning Commission. In all but the most hotly debated rezonings, most of the major issues raised by staff and council members have already been worked out over the months-long process.

It often takes a sustained public effort by neighbors to get City Council to say no to a development plan. That’s especially true since the N.C. General Assembly did away with “protest petitions” in 2015, which allowed neighbors to force a three-quarters majority vote in favor of a disputed project.

Many of the 27 rezoning petitions rejected over the past decade fell victim to public pressure campaigns from neighborhood groups. Remember Lincoln Harris’ plan to build a Walgreens and two-story office building in Kenilworth, which sparked months of public opposition and lawn signs? Or the Simonini Homes plan to build townhouses on Sharon Lane, which failed after more than 1,200 people signed a petition against it? How about the original plan to redevelop the VanLandingham Estate, tanked by neighbors’ opposition to a community pool?

So, will the numbers change in the coming decade? They’re stable so far in 2019. But the new Unified Development Ordinance that’s under development could cut down on the number of rezoning votes. One of the goals is to set clearer policies and higher standards for land use and design, while allowing more “by-right” development, which doesn’t require a rezoning.

The plan is to implement those rules in 2021 — if City Council approves.