2020: Four plans coming together next year will guide growth for a generation 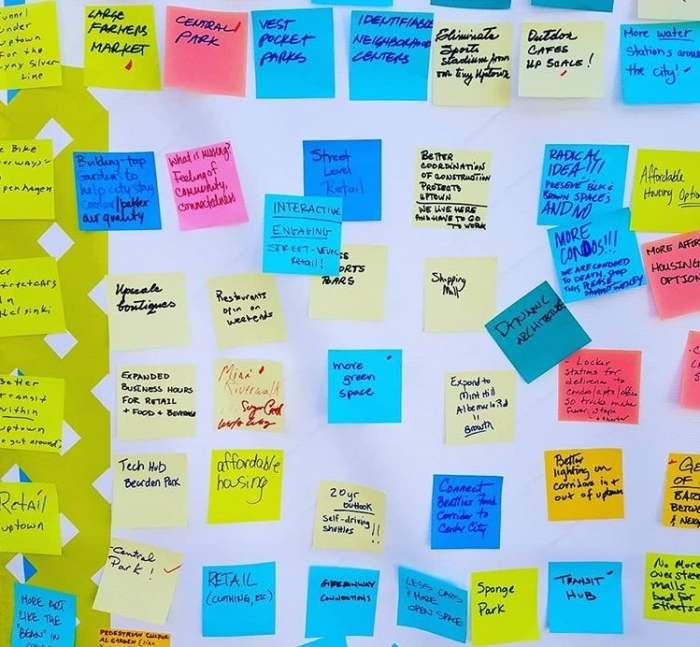 Next year’s news cycle is already looking pretty crowded, between big-ticket events like the Republican National Convention in Charlotte, the summer Olympics in Tokyo and, of course, the 2020 presidential, gubernatorial and congressional elections.

But if there weren’t so much else going on, 2020 might be known as something else in Charlotte: The Year of the Plan.

That’s because there are several major planning efforts underway that will either wrap up or near completion next year. And what ends up in those plans will set the stage for how Charlotte grows, builds its transit system and expands parks over the next generation.

Here’s a look at the major plans underway, and ways you can stay involved, keep abreast of what’s going on and give feedback:

The biggest planning effort right now in Charlotte has two main prongs: A vision plan to set the overall, lofty goals and new development rules to define the nitty-gritty of how to bring that vision about.

Charlotte Planning Director Taiwo Jaiyeoba decided to split the process when he was hired in 2017, prioritizing the development of the vision plan before the unified development ordinance will be completed. The city’s last comprehensive plan dates to 1975. The new vision plan will aim to define the types of places, growth scenarios and overall framework for Charlotte’s growth for the next two decades.

But that vision won’t be worth much if it just sits on a shelf. To implement the plan in real developments, Charlotte is rewriting its zoning code and combining a host of other regulations (the subdivision ordinance, tree ordinance, streets and sidewalks development standards, floodplain and erosion control regulations, stormwater regulations, and driveway/access standards) into a single unified development ordinance (UDO). Charlotte’s current zoning code, which dictates what can be built where, dates to 1992, so the update is a pretty big deal. It’s been underway in one form or another since a consultant recommended development regulations in 2013.

Taken together, the regulations being rewritten and combined total thousands of pages of dense rules, and it’s tempting to hit the snooze button on all of this. But the new regulations will have dramatic effects on everything from how tall buildings can be in certain areas to whether duplexes and “granny flats” can be built in single-family neighborhoods, from how many trees are preserved on development sites to how wide new sidewalks in your neighborhood are.

Several parts of the new UDO - rules for development around transit stations, signs and trees - were approved by Charlotte City Council earlier this year. The rest won’t be complete for a while, however.

A public draft of the comprehensive vision plan is expected to be complete in Sept. 2020. City Council will review the plan and the public will have a chance to give feedback before the planned adoption in April 2021.

The UDO is being developed on a timeline slightly behind the vision plan. A draft is expected to be unveiled in Jan. 2021, followed by City Council approval in Sept. 2021.

You can find information and sign up for events and updates about the UDO here and the Charlotte 2040 Comprehensive Plan here.

A new vision for uptown and South End

Charlotte has updated a vision plan for the city’s center every decade or two since the 1960s. The current vision plan runs through 2020, and Charlotte Center City Partners recently kicked off a public effort to come up with a new vision for 2040.

[Read more: Charlotte is planning a new vision for center city. How’d we do on the last one?]

The vision plan will cover uptown, South End and the neighborhoods just west of uptown. Past iterations have called for things that came true (a stadium uptown, high-rise bank buildings, more housing in Charlotte’s center) and others that haven’t - yet (a zoo, capping I-277 with a giant park, a “distinctive structure” on par with unique, skyline-defining buildings like the Space Needle in Seattle).

Center City Partners hopes to have the 2040 plan finished by late 2040. You can find more information online here.

A new blueprint for parks

Mecklenburg County typically fares poorly on public rankings of spending on and access to park space, coming in near the bottom of the Trust for Public Land’s annual list. But a new master plan for the parks system could change that.
The Park and Recreation Department plans to complete its new master plan in 2020. The plan will “establish community goals, policies, standards, and recommendations for Mecklenburg County’s recreation facilities, greenways, nature preserves, recreational programming, and land acquisition strategies for the next ten years.”

The county has budgeted $725,000 for the new plan. You can sign up here to get updates on the project, as well as receive information about how you can provide feedback throughout the process.

You can sign up online here to be contacted about events and surveys during the master-plan process, and keep up with the latest news.

The Charlotte Area Transit System’s 2030 plan won approval last year, calling for a new Silver Line light rail from Matthews, around uptown and west past Charlotte Douglas International Airport. The transit agency is also studying how to extend the Silver Line into Union and Gaston counties, as well as looking at the possibility of extending the existing Blue Line south through Pineville to Ballantyne, and maybe north to Cabarrus County as well.

All of that is on the books. But the next year or more will be crucial in filling in the broad strokes with concrete details. CATS officials are working on identifying exact routes, locations for transit stops and, perhaps most crucially, detailed cost estimates. Preliminary cost estimates range from $5 billion to more than $7 billion, but those are little more than back-of-the-napkin calculations, and finding new sources of funding (such as an additional sales tax) will be crucial.

CATS has started soliciting consultants to move its Silver Line plans forward, and expects to start public outreach to solicit feedback by spring of 2020. And CATS is examining building a new bus rapid transit line to north Mecklenburg, using the I-77 toll lanes to move commuters more quickly.

In addition to the new lines, CATS is also planning to select a developer for the Gateway Station project in 2020, which will include a new Amtrak station and a major new, mixed-use development around the station site. And the transit agency is planning to launch a system-wide study of its bus system (which still serves the majority of transit riders) to “identify additional opportunities to improve service and develop a capital improvement program for CATS bus stops.”

All of that means that the detailed planning efforts taking place in 2020 are likely to determine how- and how much of - the Charlotte region’s transit system is actually built out over the next decade.

[Read more: Charlotte is ‘on the cusp’ of its first true regional transit plan]