A bad year for butterflies 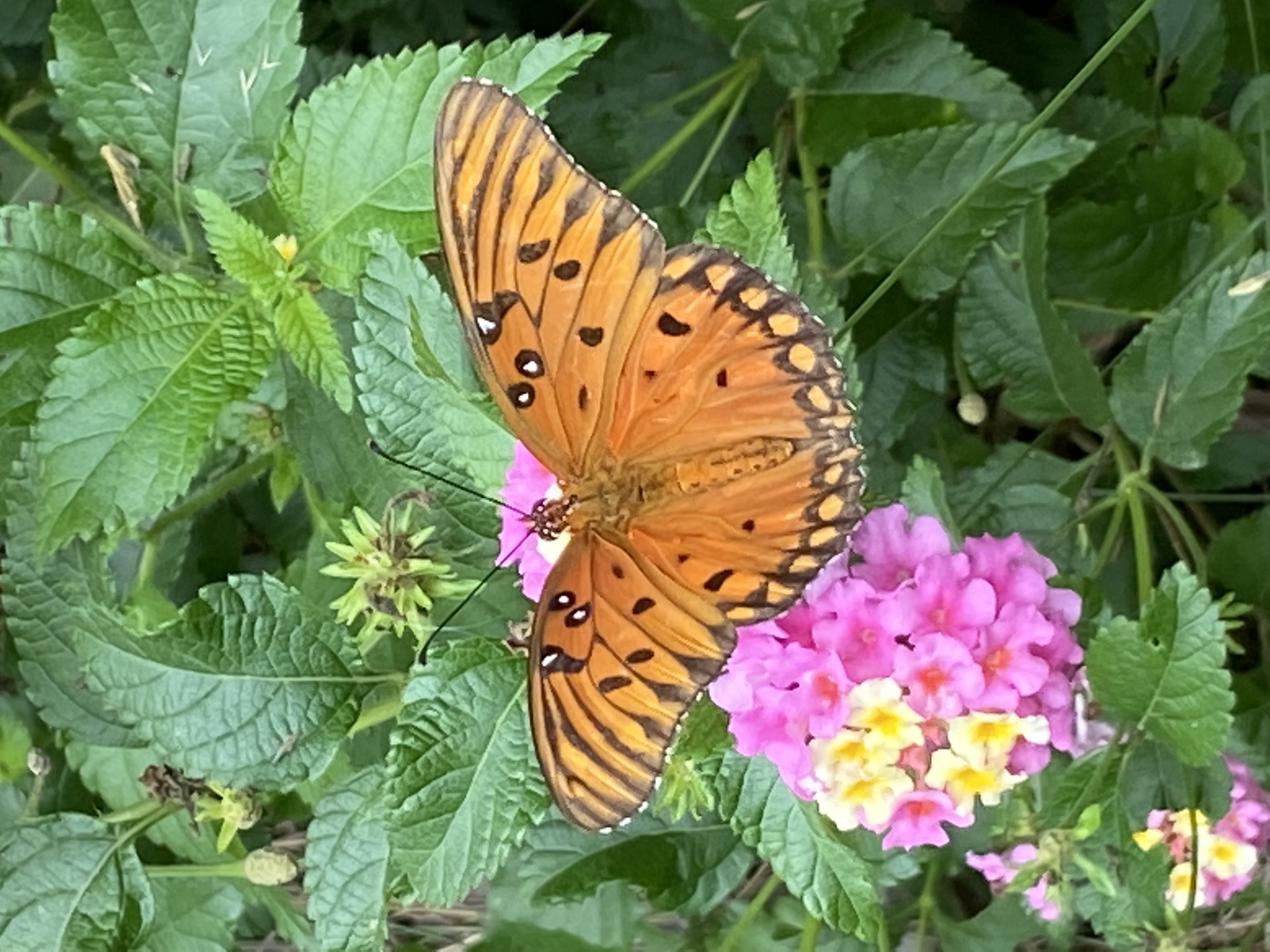 As the goldenrod and blue mist flowers in my Charlotte garden began to fade in early October, so too did my hope for overcoming what appears to be a dismal year for butterflies across the Piedmont.

My native plant garden is in an urban neighborhood. There probably isn’t enough intact habitat to attract or host anything rare, but I enjoy a nice diversity of common species throughout the season.

Mourning cloaks arrive in late winter, followed by spring azures and tiger swallowtails. A few monarchs drift through the garden before the orange butterfly weed starts to bloom, but for some reason they pass it by without laying eggs. (In the Uwharries, early monarchs stick around and get to work on the large stands of common milkweed in our grasslands.)

There’s a lull in June and July, but cabbage whites flutter around the vegetable garden and red-banded hairstreaks nectar on the mountain mint. Things pick up again in August with the cloudless sulphur, Horace’s duskywing and sleepy orange.  Monarchs return and set up shop on the swamp milkweed, and then gulf fritillaries find the sprigs of passionvine that pop up along the edge of a path.

Skippers of all sorts flock to my sprawling lantana. It isn’t native — and can become invasive in some areas of the country — but it’s well-behaved in my garden, and it’s a workhorse nectar source for fiery, clouded, silver spotted, common checkered, and long-tailed skippers.

Every year I seem to get at least one new species that I don’t always see on a regular basis — a red admiral, a question mark, a pipevine swallowtail, a painted lady, a common buckeye, an American snout. While exciting, it still isn’t enough to overcome my impression that “common” species are dwindling. It makes me wonder if we are indeed in the midst of the “insect apocalypse” as some scientists fear. For answers, I reached out to several butterfly experts in the Charlotte area – people who know their Lepidoptera, make regular observations and keep detailed records.

Lenny Lampel, natural resources supervisor with Mecklenburg County Park and Recreation, said he finally spotted some decent butterflies at the end of September, but he agreed that overall it has been a bad year, part of a recent downward trend. In our rapidly growing corner of the Piedmont, habitat loss might be contributing to this decline.

“This year,” he said, “no one is seeing them anywhere.”  In the same location, he couldn’t find a spicebush swallowtail in 2020, but this year he observed “puddle parties” of 15 or more.

“Butterfly numbers have been depressingly low this year,” Piephoff said. The numbers – of both individuals and species – were “by far the lowest in 10 years” during the annual Southern Lake Norman Butterfly Count, which began in 2001. He remains hopeful numbers will tick up again in coming years. 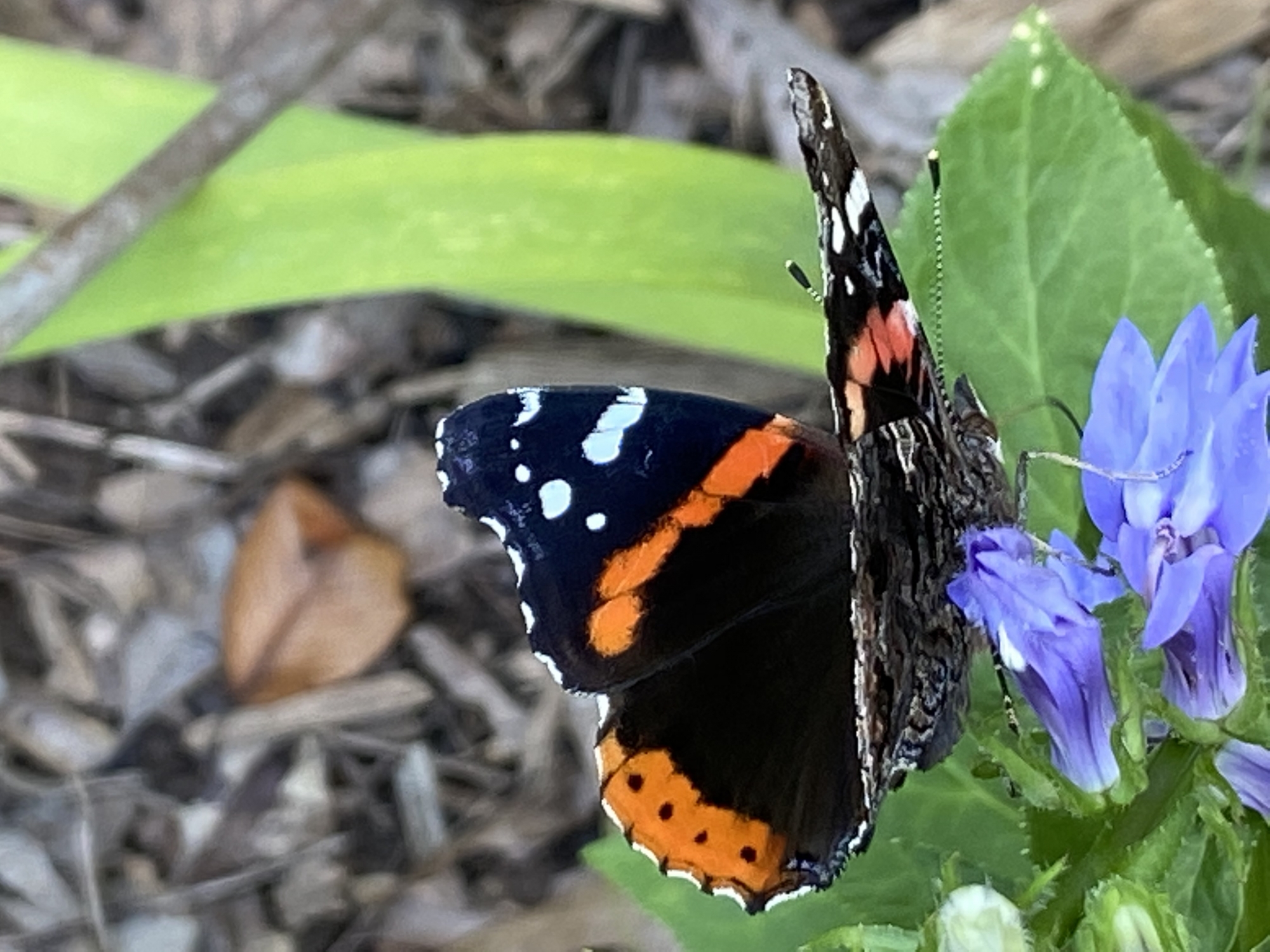 Harry LeGrand, who maintains the state’s Lepidoptera database, filed a similar report after a visit to the Flat River impoundments northeast of Durham in mid-September.  The number of individuals was down by 95% and the number of species was down by 50% from the previous year.

Thanks to 30 years of historical data, LeGrand can monitor long-term trends.  He finds evidence of climate change.  He calculated flight periods for a number of species and found they were now occurring 7-10 days earlier. In 2018, Don Seriff noted this phenomenon in The State of the Butterflies, a summary of a 20-year project spearheaded by Mecklenburg County Park and Recreation.  “Climate-driven warming appears to be slowly changing species distribution and abundance in the eastern U.S.,” he wrote, as well as causing shifts in flight range and flight periods.

But climate change isn’t simply creating a new normal.  LeGrand also cites extreme weather as having an impact on butterflies. Some years it’s the unexpected cold snap in early fall or late spring. Other years, it’s related to precipitation.

“Many populations are impacted by extended periods of weather that is either too wet or too dry,” Stuart said.  “We’ve had some of both this year.”

Then there are the more mundane factors. The increasingly popular mosquito services. The over-browsing deer. The improper mowing or spraying of roadsides and powerline right of ways.  And perhaps even our attempts to restore habitat with prescribed fire. Stuart appreciates the benefits it brings to ecosystems, especially in the Sandhills, but he sometimes wonders if frequent burns put too much pressure on single-brood species.

When we think of species extinction, it’s convenient to identify a single source or cataclysmic event – the rampant hunting of passenger pigeons or the giant meteorite that wiped out dinosaurs. But in most cases, species decline is multifaceted and insidious. It’s more akin to death by a thousand cuts.

That can make the problem seem overwhelming, but it also gives us more opportunities to staunch the bleeding before it’s too late.