From Ballantyne to SouthPark to University City, the suburbs want to be more like the city 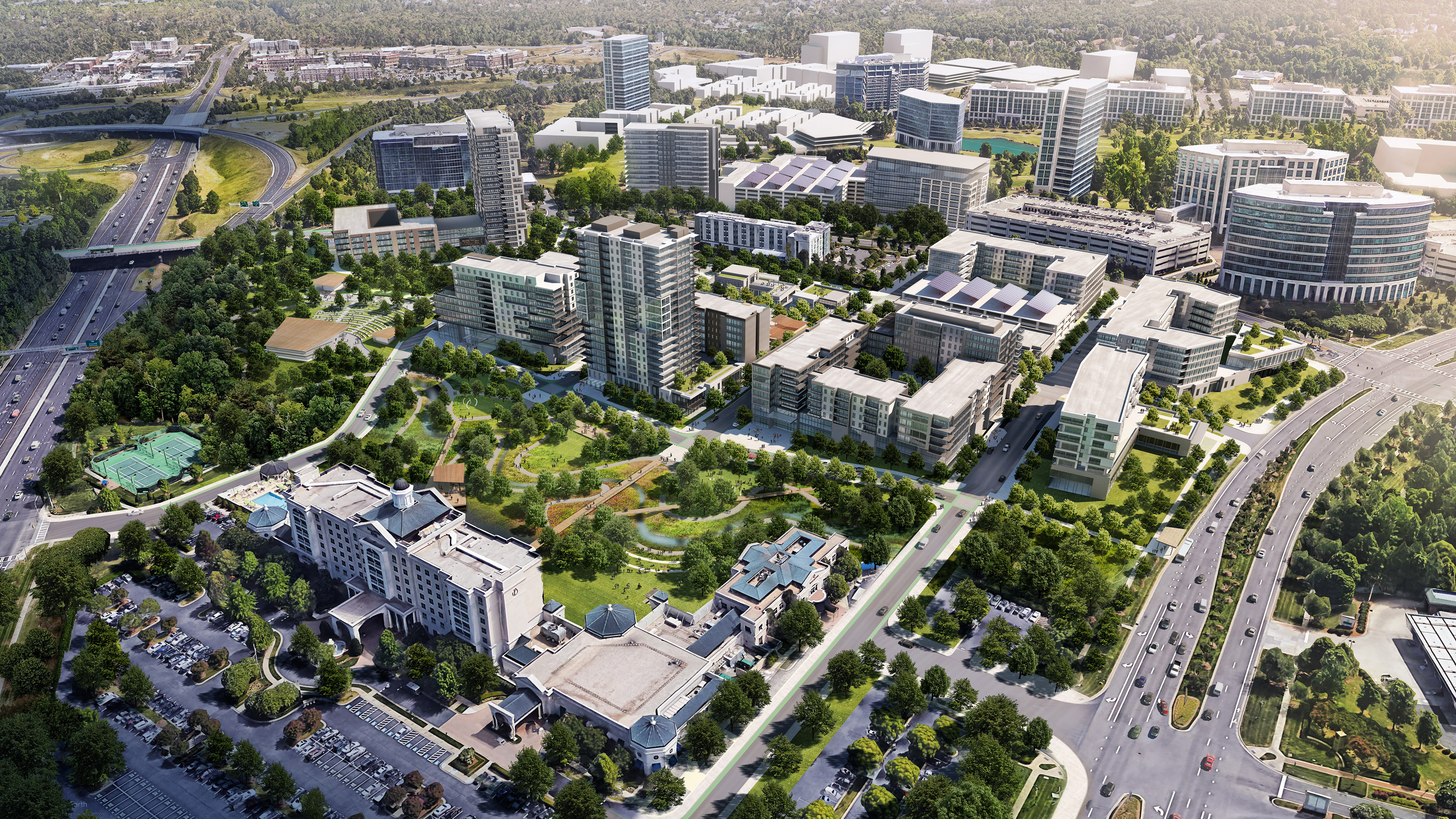 Within the past month, major plans have been announced for densifying and transforming chunks of Ballantyne, SouthPark and University City - three of the biggest bastions of suburban development in Charlotte.

Planners and developers are hoping to link disconnected cul-de-sacs, turn underused asphalt into money-making developments and give people ways to get around besides getting in their cars. For Charlotte - a Sunbelt city that came of age in the postwar era, where the car has long been king - the change represents a potentially major shift in development patterns.

A corporate park carved from farmland at an outerbelt highway interchange. The region’s premier enclosed mall, surrounded by single-family subdivisions. And a shopping center that took shape on what were once Charlotte’s fringes, devoid of any real Main Street. A generation ago, the thought of turning any of these three developments into miniature city centers, live-work-play zones where residents could go from the office to the store to school without a car, might have seemed outlandish.
Now, it might actually happen - for all three at the same time.

[PHOTO GALLERY: See more renderings of the plans for Ballantyne, SouthPark and University City, as well as photos of what's there now.]

“I think it’s a lot more than lipstick on a pig,” said David Walters, an architect and professor emeritus at UNC Charlotte. “Our buzzword is retrofitting the suburbs. It’s a sort of inexorable trend...We’re adding the convenience and amenities of the suburbs they haven’t had.”

Plans for the areas include: 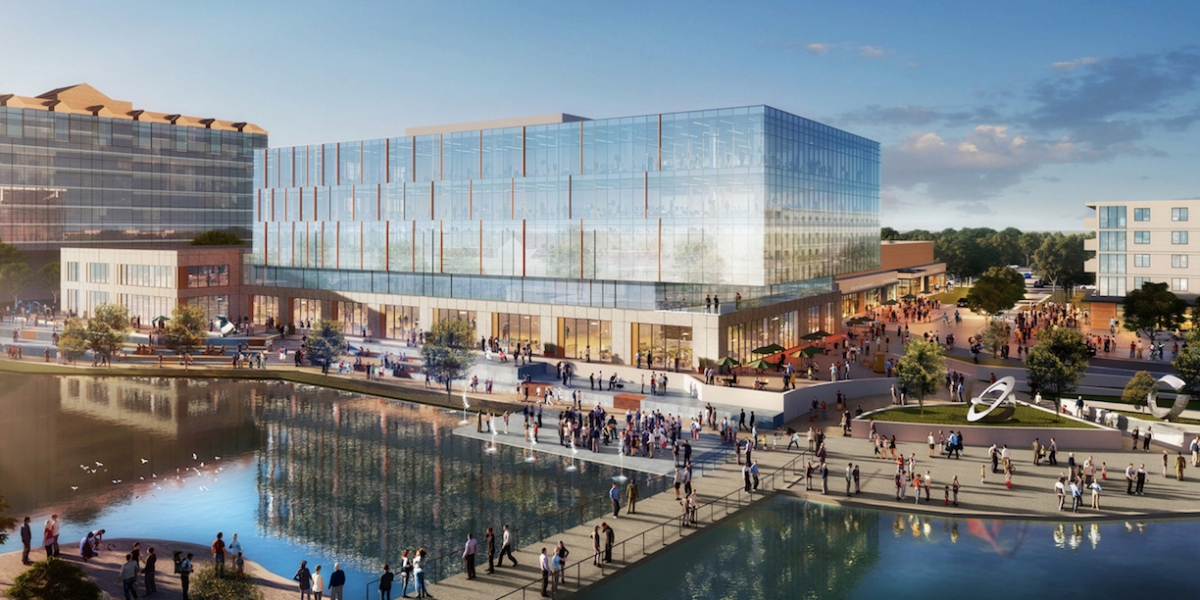 A rendering of the planned Waters Edge redevelopment at the Shoppes at University Place. Rendering courtesy EB Arrow.

So what’s driving the shift? Charlotte’s suburbs are decades old, and many of the major developments that make up their cores are in need of a refresh. SouthPark mall opened in 1970, the Shoppes at University Place dates to the 1980s, and construction at Ballantyne started in the early 1990s.

Preferences have shifted significantly since then, for both tenants and residents. Buildings surrounded by oceans of parking, accessible only by car, are less appealing than they once were, especially to companies trying to attract young workers - and developers trying to attract those companies.

Land use attorney Collin Brown told City Council on Monday that the Shoppes at University Place was, “Really cool in the 80s. Not so cool today.”

“This is a large and empty power center,” said Brown, with “tons of surface parking.”

John Barton, president of Northwood Office, said Ballantyne Corporate Park needs to update its development patterns in order to cater to the thousands of workers who commute there daily. People aren’t willing to drive as much, and as congestion worsens, they don’t want to have to go as far to do things like eat at a restaurant or see a movie.

“More than anything, it’s all about improving ease and quality of life and getting your time back,” Barton said at a recent community meeting. “If you don’t have to drive to SouthPark or uptown to engage in cultural activities, that's a great thing.”
Barton said they’re hearing from more employers that amenities like restaurants, outdoor gathering spaces and transit are requirements, not just nice, optional features.

“When you look at these corporate relocations that come from New Jersey or wherever to look at Charlotte, they want to know you have the amenity base to attract the workers,” said Barton. “And all the workers want the same things.”

Architect Stephen Overcash, who’s worked in Charlotte for four decades, said he expects the urbanization of suburban malls, shopping centers and office parks to continue because there are still so many that were built on the same blueprint.

“With the rules we had back then, you pushed the buildings back and built all this parking,” said Overcash. “That was the thinking: God forbid we have people walking to restaurants.” 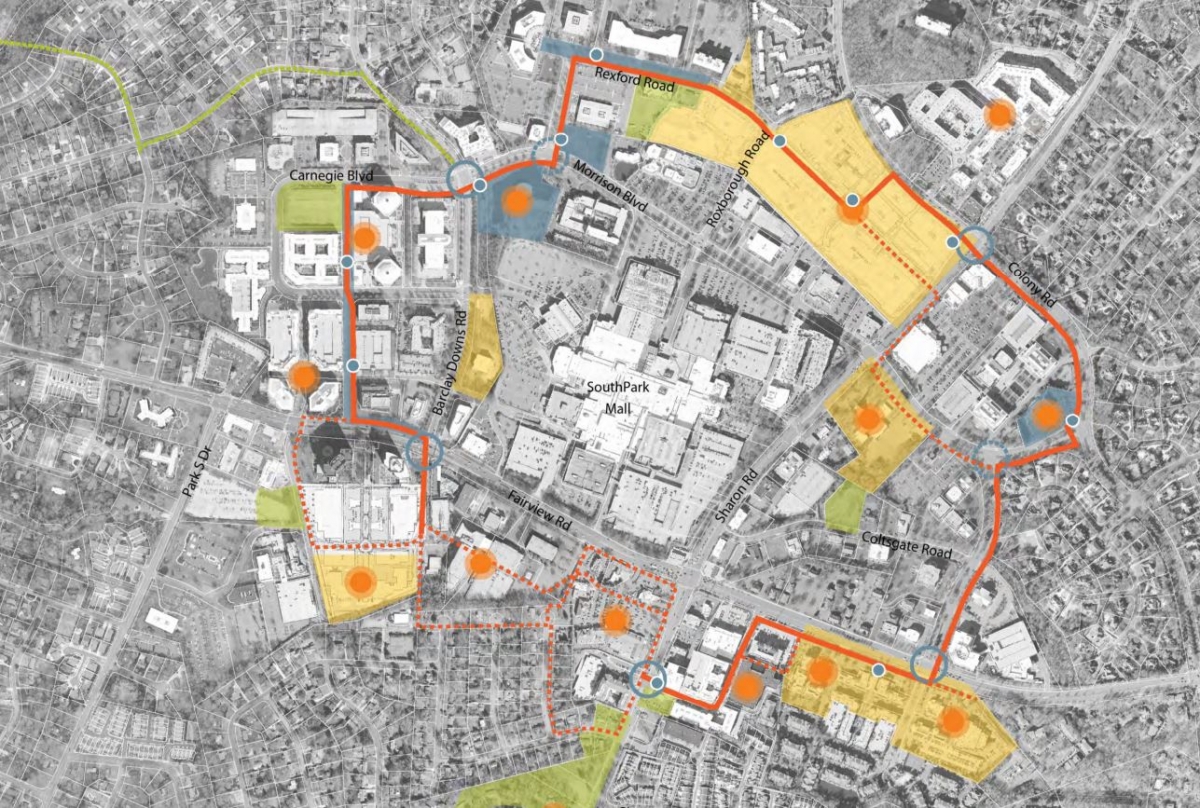 A preliminary map of the SouthPark Loop. City of Charlotte.

Walters has seen a similar shift in thinking. He recalled proposing a plan to densify Research Triangle Park with walkable, mixed-use developments in the early 2000s.

“People thought we were absolutely crazy,” he said. “All the developers looked at us like we were parachuting in from Mars.”

Several years ago, Research Triangle Park and Durham County launched “Park Center,” an ambitious plan to urbanize a chunk of the office park with 1,000 residences, a hotel, shops and restaurants.

One of the central ideas behind the proposed suburban redevelopments in Charlotte is that if people don’t have to drive as much to get from home to work and shopping, they’ll spend less time on the roads. That could help relieve congestion on clogged arterials: Imagine living at an apartment in the middle of Ballantyne Corporate Park and walking to work instead of driving in on Johnston Road every day.

But Walters said that without more investment in public transit and ways to get around, traffic is still likely to get worse as Charlotte’s population increases. Even if developers build more nodes of urbanity in the suburbs, people will still need to drive in between them.

“You cannot separate land use and transportation,” said Walters. “That’s the real weak link in all of this, because nobody’s got a solution...When you move between the nodes, how are you going to do it?”

The Charlotte Area Transit System is studying how to expand light rail to Ballantyne and Pineville, and cities in Cabarrus County have also expressed interest in having the Blue Line run past UNC Charlotte and across the county line. But it will take years to design those projects, which would also require additional funding.

But regardless of what the future holds for transit, it’s clear that more change is coming to Charlotte’s suburbs. Developers are betting on it.

“A critical piece of keeping (Ballantyne) full in the future is all this,” said Barton, “Because this is what people want.”