Car-free in Charlotte? It isn’t easy 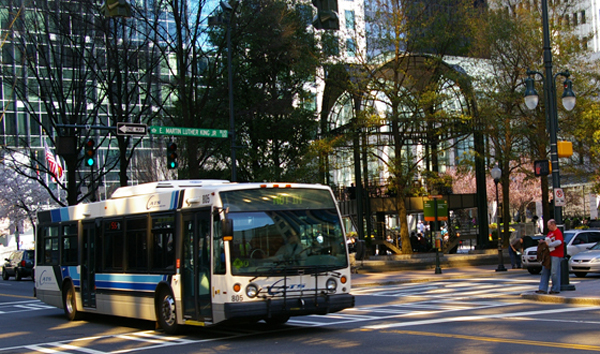 As a planner, I’ve found most communities open to making concessions to pedestrians and cyclists in their transportation plans, a goal generally phrased as “providing transportation choices.” There’s an underlying assumption that transportation networks are for cars and trucks, and accommodating anything else is just for variety.

We need bolder goals. Long-range planning for 2040 is happening now, and those plans need to anticipate car-free living as the future standard, not a novelty.

In 2012, my husband and I moved to Charlotte from Portland, Ore., and everyone thought we were insane for trying to live in Charlotte without a car. We are in our late 20s, childless, in debt, and had spent several years living in Portland and Washington, D.C.

We have had a hard time living in Charlotte without a car. Despite the city’s early adoption of a “complete streets” policy, Charlotte has been ranked by Walk Score as the least walkable of the 50 largest cities in the U.S.

Nevertheless, the rewards of car-free living are substantial. According to the H+T® Affordability Index, the average annual cost of owning a car in the Charlotte metropolitan area is $10,435.98, ranging from a minimum of about $6,100 if you live in the city center to $11,700 if you live as far from the center as Davidson or Rock Hill. 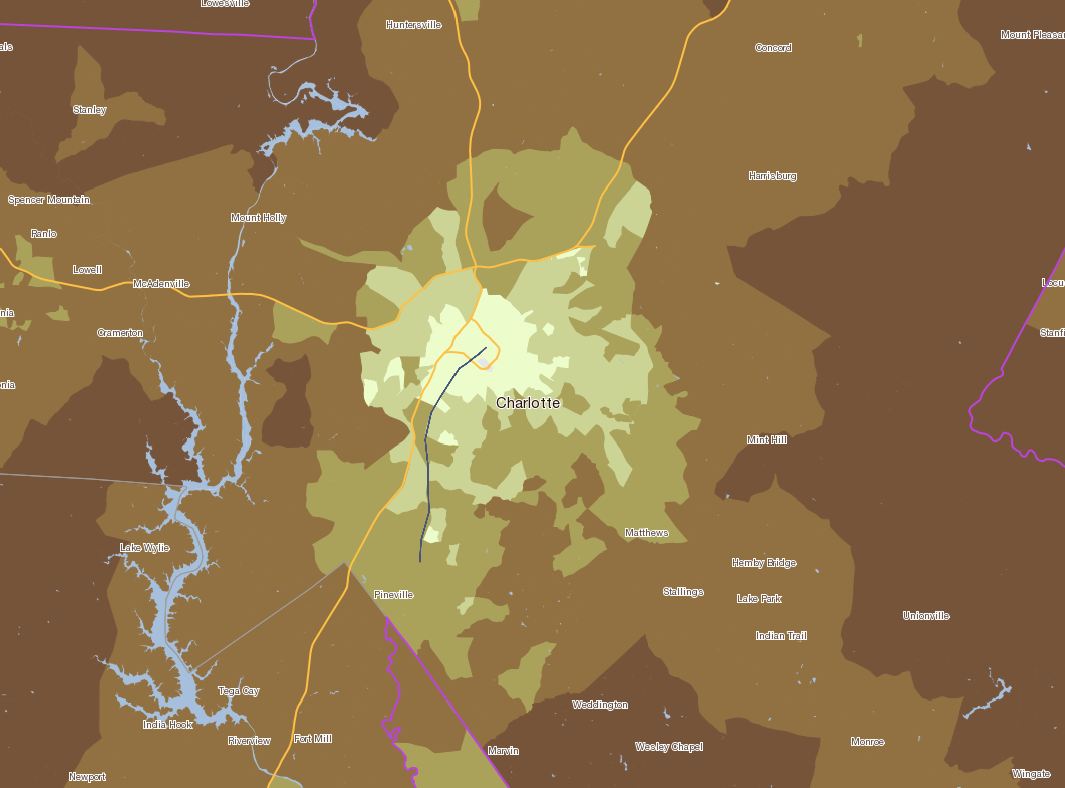 We’re not the only ones going car-free or car-light in Charlotte. Charlotte has many car-less households with little choice but to rely on public transportation and their own muscle power to get from home to work to the grocery store and back home. Recent data show that within the 30 largest U.S. cities, an average of 9.2 percent of households don’t own a car. In the city of Charlotte only 7.9 percent of households lack cars. It doesn’t take a planning degree to know that this city is built for cars.

We started out living in South End, figuring the only way to live without a car was to have access to Charlotte’s highest-quality transit system: the LYNX Blue Line. Unfortunately, the newness of the transit and all the adjacent apartments meant a significant rent premium. According to CoStar Group in 2012, “apartments near mass transit in Charlotte rent for an average of $982 a month, compared with an overall city average of $638 a month.” The lowest rent we could find along the rail line was $1,040 a month for a 550-square-foot studio.

While it was useful to take the train uptown, we rarely took it south. The most rail-accessible discount shopping is at Carolina Pavilion on South Boulevard, but it’s a harsh environment on foot. One Sunday night we saw a late movie there and did not realize the last train was at midnight. We were stranded and had to take a $30 cab ride home.

We tired of the 1.6-mile walk from our Bland Street Station apartment to the Harris Teeter on East Boulevard. With Publix coming and 1,700 new apartment units under construction expected to lower rents in the rail corridor, South End should become a more viable place to live without a car – but for now it offers few amenities for the price.

Ultimately, we left South End and moved to NoDa, where we found a two-bedroom, 1970s barracks-style apartment for $650 per month. We have a bus stop 70 feet from our door with two routes running about every 30 minutes that get us uptown in 12 minutes. The local Food Lion is a pleasant, half-mile walk that we make several times a week. NoDa can feel isolated, but there is enough here to keep us occupied. The LYNX Blue Line Extension, scheduled to open in 2017, should make NoDa a midpoint rather than an outpost.

Looking at the Walk Score heat map for Charlotte, the green areas around uptown and NoDa reflect the extent of our territory via foot, bike, and bus fairly well: about 8.5 square miles or 3 percent of this nearly 300-square-mile city. Many of the city’s best destinations—restaurants, bars, and shops—are inside the “green” areas of walkability: NoDa, Plaza Midwood, Elizabeth, Cherry, Dilworth, South End, and uptown. 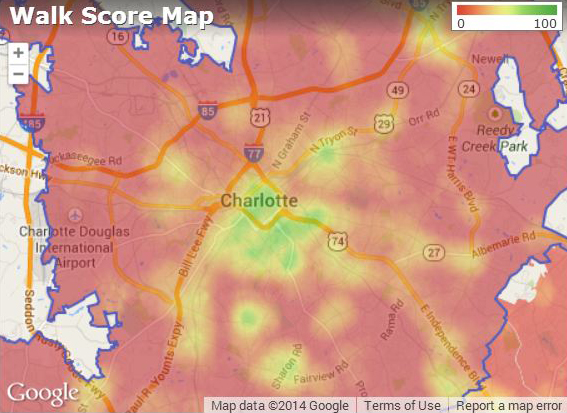 National trends point to lower car-ownership rates and fewer miles driven, trends attributed largely to people like us. While Charlotte’s population is growing, the city attracts young professionals because of the banking industry and a temperate climate, not its urban lifestyle. If Charlotte is going to change its parodied image as a “horrifying” place to set down roots, city leaders must push past “transportation choices” and aspire to car-free living.

Surveys show that though our generation shirks the title “environmentalists,” we act like them and will gravitate to urban locations that provide the freedom to not own a car.

With so few walkable neighborhoods and the impending Blue Line light rail extension, NoDa rent prices are climbing quickly. We have no delusions that our current bargain will last more than a few years. We – and the other 7.8 percent of Charlotte households without cars—need more choices than the prized 3 percent of urban Charlotte that is accessible to us today.

Carolyn Reid is a planner and urban designer. Opinions expressed here are the author’s, not necessarily those of the UNC Charlotte Urban Institute or the University of North Carolina at Charlotte.