The changing face of Mecklenburg 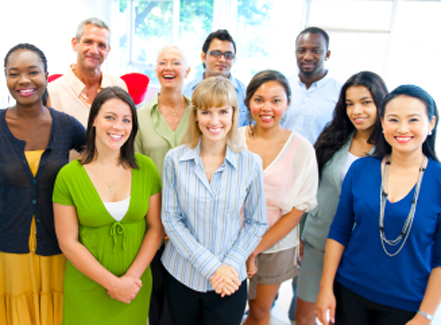 Mecklenburg County, N.C., is home to the state's largest city, Charlotte.  Most people living in Mecklenburg County today were born outside of North Carolina.  U.S. Census Bureau data estimates from 2009, released earlier this fall, put that number at just over 58%. The new diversity of the county has some interesting twists. 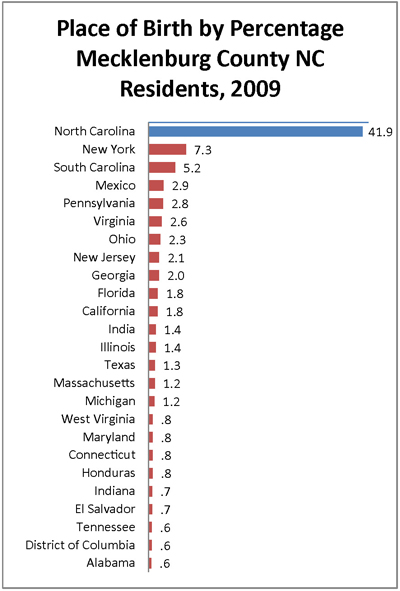 For instance, more people living in the county today were born in Mexico than Pennsylvania.  More residents were born in El Salvador than in Tennessee.   The percent of residents born in New Jersey tops that of either Georgia or Florida.

Persons born in North Carolina are still the largest single group at 42% of Mecklenburg residents.  The next by rank (of US states or foreign countries of birth) are: New York at 7.3%, South Carolina at 5.2%, Mexico at 2.9%, and Pennsylvania at 2.8%.

Nationally, the Census estimates that 87.5% of all current residents were born in the US compared to 12.5% foreign-born.  Mecklenburg has a higher percentage of foreign born at 14%.  This puts the total number of foreign born residents in the county at over 128,000. 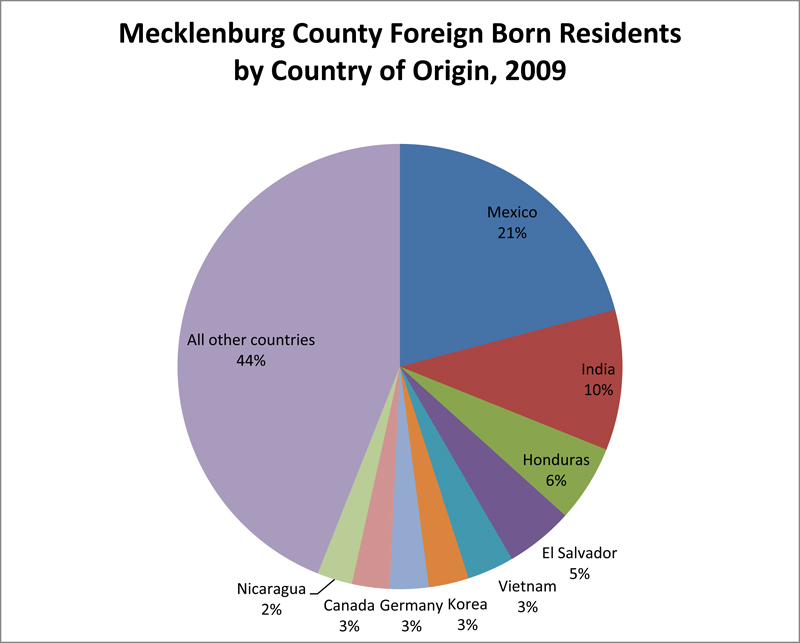