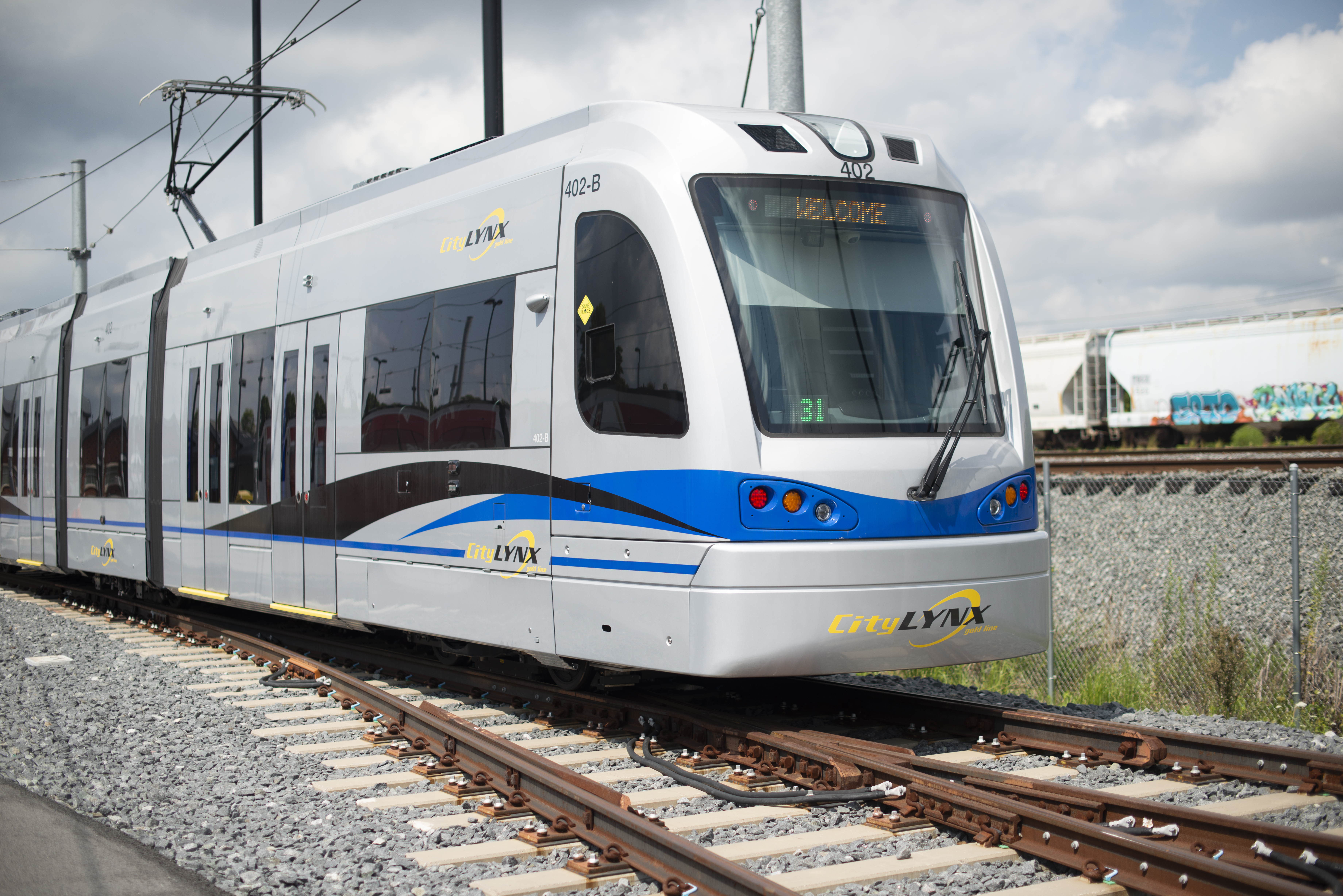 After almost two years of pandemic-related challenges, the Charlotte Area Transit System is trying to balance the need to restore service and lure back riders with the need to grow and meet the challenges of a growing region.

And CATS chief executive John Lewis has a simple message: Charlotte’s transit system needs more money if it’s going to expand. Even fixing the system's current operational problems, like a lack of drivers and high unscheduled absences, would still leave CATS with a bus system that doesn't meet the city's needs. 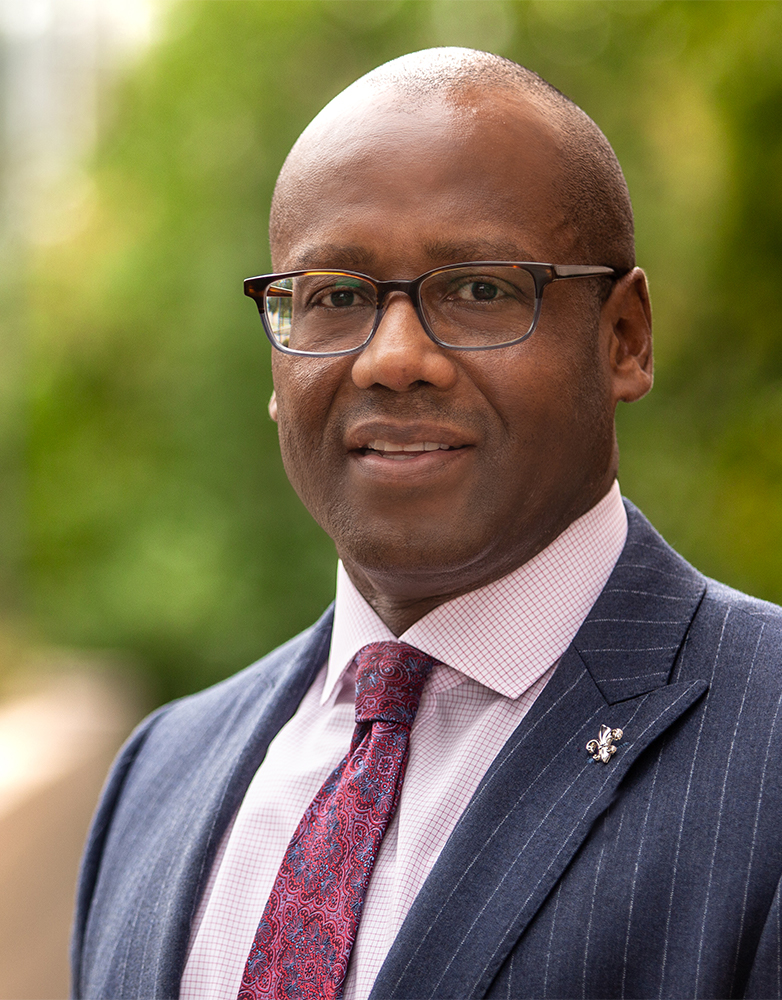 “We cannot deal with that without a new revenue source,” said Lewis in an interview last week about the ongoing challenges CATS faces.

The bulk of CATS’ operational funding comes from a half-cent sales tax approved more than two decades ago in Mecklenburg County. Previous expansions have been funded with a combination of federal, state and local money. A proposed one-cent sales tax in Mecklenburg County would fund the transit system’s next round of expansion, but there’s no clear path for the sales tax referendum in the state legislature.

“Anytime you're talking about a ballot initiative, it's a marathon, not a sprint,” said Lewis. “Now we can debate whether it's the right number, the right source and others, but the fact that the conversation is actually occurring is very encouraging. The political question, I leave that for the elected officials.”

Ridership fell off a cliff when the pandemic hit in March 2020, but CATS had been dealing with declining bus ridership for years. Although riders have started coming back to the Blue Line light rail, ridership on the bus system — which carries the majority of CATS riders, especially those who use transit out of necessity and not choice — is still flat from last year.

Meanwhile, Lewis said the system is still struggling to fill critical jobs such as bus drivers, train operators and mechanics. Over 45 bus system jobs have been open for more than 60 days. The transit system's vacancy rate has going from the low teens pre-pandemic. to the "high 20s to low-30%," Lewis said.

The system is also dealing with an unprecedented number of staff calling in sick, Lewis said.

“We had the highest number of daily call-outs, unscheduled absences, that we've ever had before. Right now I'm averaging 100, daily, unscheduled call-outs,” said Lewis, mostly for employees who are sick or have childcare issues.  Combined with the long-term absences, CATS is in the "mid-30s" for missing staff each day, Lewis said, meaning 1/3 or more of transit staff are missing.

All that’s had an impact on reliability. CATS statistics show the bus system’s overall on-time performance has fallen from 88% in early 2020 to 84% in the most recent month. The Gold Line streetcar is still free because CATS hasn’t been able to offer the service with its expected 20-minute frequency, and reliability problems from cars on the tracks to mechanical issues have dogged the service since it opened last year.

But Lewis said the problems go beyond not having enough bus and train operators each day. Operations are impacted in subtler ways as well. For example, unscheduled absences mean more bus drivers are filling in on a different route every day, leading to more mistakes and less efficient routing. It all adds up to a "structural weakness": A bus system that still takes too long to deliver riders to where they need to go.

To make up for the driver shortage, CATS is trying to recruit new drivers and offering retention bonuses of up to several thousand dollars for current staff. But even if CATS overcomes the immediate challenges, the system will still be facing the same issues it’s been trying to fix since rolling out the Envision My Ride bus overhaul in 2018, before COVID. Long wait times, infrequent routes and buses that get stuck in congestion are hampering CATS’ growth.

“Today, 18 of my bus routes have headways of greater than 40 minutes. That's unacceptable,” said Lewis. “We have to solve that problem. And the only way to solve that is with a new revenue source.”

“If every employee came to work tomorrow, and there was not a labor challenge moving forward, I've still got 18 hourly routes… We’re encouraged by the one cent sales tax. But without that new revenue source, we're going to be back operating the same system in 2023 that we were operating in 2018, when we announced the Envision my RIDE program,” said Lewis.

CATS' annual operating budget is about $180 million, a majority of which comes from the local half-cent sales tax. The Charlotte Moves plan released more than a year ago calls for roughly $13.5 billion in new transportation infrastructure spending, most of which would fund transit expansion. The Silver Line light rail, running east-west, would be the biggest single project. The Red Line commuter rail (which is stalled because of a long-running dispute with Norfolk Southern over freight line access) would be another key project, along with more greenways, bicycle lanes and road improvements.

But to get the sales tax on the ballot, Charlotte needs approval from the legislature — and there’s no sign that’s forthcoming, even as elections loom nearer and nearer this year. Even if the legislature were to approve a one-cent sales tax question, local leaders would then need to pitch voters and win their approval. That could be a tough sell if there’s nothing in the plan to offset north Mecklenburg voters’ anger over not receiving the long-promised Red Line. The plan would also need billions of dollars in federal funding to supplement the local share.

[Related: When it comes to transit, everyone wants ‘regionalism.’ But no one’s quite sure how to get there.]

“You can't ask people to pay for something that they don't trust,” she said. “I think the critical thing now is to figure out what we need to do ... that means fixing what’s wrong with our transit system now and being honest about it,” said Eiselt.

CATS is hardly the only transit system dealing with fallout from the pandemic. From large systems like Washington, D.C. and New York to smaller systems like St. Louis, reliability, staffing, maintenance, the unpredictability of the pandemic and changing commute patterns are shaking the foundations of transit service.

Lewis said that in addition to increasing bus frequency — which requires millions of dollars for more operators and tens of millions for more buses — CATS continues to explore measures like dedicated bus lanes and giving buses priority at traffic signals to speed them up. Officials will present their latest study on which routes could benefit most from bus prioritization technologies next month.

“If we can bring that level of reliability to our bus network, I think we'll start to see a ridership increase in that,” said Lewis.

Another question mark is the future of the Gold Line streetcar. Phase 2 runs for four miles, through uptown from Plaza Midwood to Johnson C. Smith University. Phase 3 is envisioned to extend the line to 10 miles, running all the way to the old Eastland Mall site. City Manager Marcus Jones said the city is “refreshing” plans for Phase 3 of the Gold Line streetcar and assessing its feasibility at a City Council meeting last week.

In the interview, Lewis said that the Gold Line — which operates in shared lines with traffic — will need its own right-of-way, like the Blue Line light rail, for any future phases.

“We can't operate it like the current streetcar phases, where it's chugging along at 10 miles an hour in traffic…We've got to be able to beat the single occupant vehicle. You can't do that if it's stuck in the same level of traffic as everybody else,” said Lewis. “The only way to do that is through operating in its own right of way.”

Even when the pandemic passes, CATS will still face an ocean of uncertainty. Will workers return to the office five days a week, three, or some variation? Will they feel safe riding the bus and train? Will the legislature allow a one-cent sales tax referendum, and will voters approve it? And what will future technologies like self-driving cars mean for urban transportation?

Flexibility will be key, said Lewis.

“We've got to be open to new technologies and new ways of doing things moving forward. And our system has got to get a little more nimble.”