Overcoming the 'stigma' of riding the bus 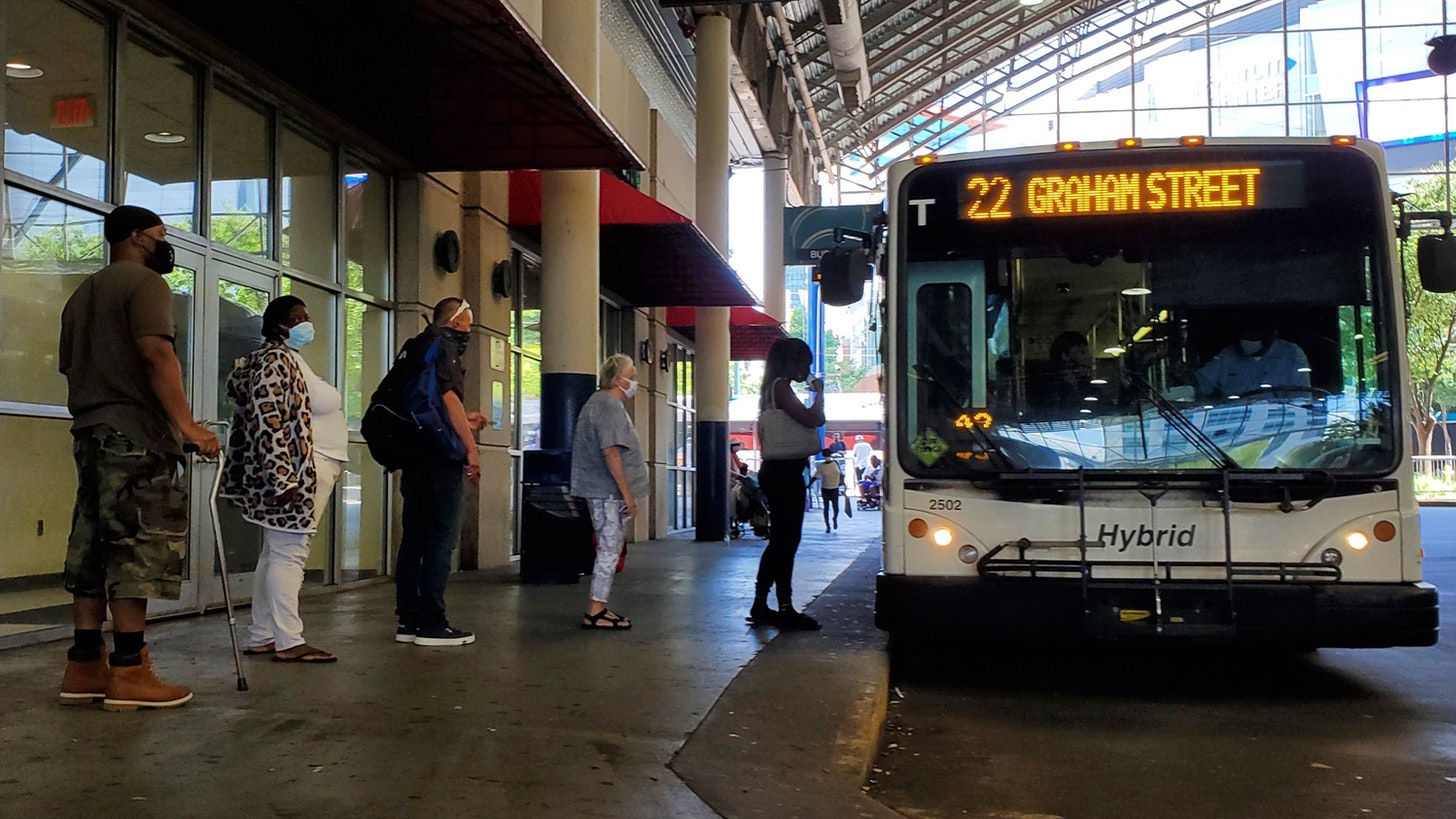 This story was originally published in the Transit Time newsletter, which is produced in partnership between the Charlotte Urban Institute, the Charlotte Ledger and WFAE. Find out more and subscribe here.

Buses still carry the majority of local transit riders, and they’re far cheaper and quicker to roll out than trains (the Charlotte Moves plan estimates that fully implementing improved Charlotte Area Transit Service bus service will cost about $551 million and be complete by the late 2020s, vs. $11 billion and the early 2040s for the rail build-out).

And buses are a much easier solution to roll out regionally to surrounding counties — which is crucial to Mecklenburg, where about half of workers commute in from another county, almost all driving alone. As Jason Lawrence, CATS’ senior planner, put it earlier this year: “Ultimately, how we create a successful transit network in this region, it’ll be on the bus.”

But there’s one big, looming roadblock in this plan: getting people to actually ride the bus.

It’s a problem that’s not unique to Charlotte. Nationwide, bus ridership had been slipping for years before the Covid-19 pandemic kicked transit off a cliff. From 2010 to 2019, total bus trips fell 12.3%, according to the Federal Transit Administration.

In Charlotte, annual bus trips peaked in 2013, at almost 23.2 million. Since then, the number of annual CATS local bus trips has drifted steadily downwards, to 14.5 million in 2019, the last full, pre-pandemic year. That’s barely more than the system recorded in 2002, when Charlotte had barely ⅔ of its current population.

Local officials have been talking for years about the need to erase the stigma associated with riding the bus, which is deeply rooted in perceptions of race and class.

“It’s a vexing problem,” said Joseph Schwieterman, a professor at DePaul University who’s studied transportation and transit. “There’s a longstanding negative association with bus travel that is hard to overcome.”

“I don’t think we can stop talking about the stigma,” Winston said. He pointed to residential segregation and the bus system’s historical use by people like cleaning personnel and domestic workers who needed to get into the city’s center to work but didn’t own cars. “That stigma comes from the further segregation of this city, not something that happened 200 years ago.”

There are other ways bus riders might feel pushed to the margins, especially compared with Blue Line light rail riders. Even the language transit professionals have long used to differentiate people who ride the bus because they want to from those who ride because they have to has demeaning overtones: “Choice” and “captive” riders.

While CATS has improved many bus stops with shelters and benches in recent years, many remain just a pole stuck in the sidewalk. Payment requires exact change or a paper transit pass, instead of the smartphone app and credit card payment the light rail accepts. Although Envision My Ride — CATS’ program to make the bus system faster and add cross-town routes in addition to the hub-and-spoke model — has made some routes more frequent and shaved time off others, buses still get stuck in the same traffic as everyone else.

A real-time app to show riders where buses actually are instead of just where they’re supposed to be based on timetables has been in development for years. A spokesperson said the agency will have more information on it “very soon.”

Schwieterman said technological touches such as real-time apps with GPS tracking aren’t just a fun bonus for bus riders. They’re a necessity in a world where people are used to seeing exactly how far away their Uber is and watching their Amazon package creep toward their house on its delivery van.

“Real-time apps are no longer a frill. It’s a requirement. It’s an expectation,” he said. “Nobody trusts a printed timetable anymore. It gives people a sense of control that helps them evaluate their options.”

When a transit system doesn’t have such technology, it sends a message: Use this only if you have to, and don’t expect it to be on time.

Should we talk about stigma or focus on service?

There’s another school of thought, however. Instead of focusing on the associations and stereotypes people have about bus ridership, maybe we should focus on improving service and making it faster. If people see that they can save substantial time and stress by riding a bus, more people will pick up a fare card and hop aboard.

“If we make transit service more useful, more people use it and a greater diversity of people use it,” said Jarrett Walker, a transit planner and consultant. “People’s use of transit is explainable by how useful it is.”

Talking about a stigma around buses can derail a discussion about transit by letting it slide from questions like “How can we make this a more useful system for everyone?” to “How can we get middle class people on the bus?” That can lead to worrying about getting nicer buses, or expensive amenities like Wi-Fi, or cleaning up transit centers to make sure people who might make riders “uncomfortable” are removed.

And there’s another problem with the stigma question, Walker said: It can make it seem normal to disdain the bus, and normalize the idea of thinking there’s something wrong with bus riders.

CATS is taking steps to make its bus system more useful to riders. Chief executive John Lewis has said numerous times that, with an average travel time of 90 minutes, the hub-and-spoke, uptown-based bus system CATS operated wasn’t useful to many riders. The agency recently piloted the first significant bus-only lane on its busiest route, the No. 9 along Central Avenue. That pilot program ended after six months, but CATS is exploring other corridors to add bus-only lanes, as well as steps like lights that turn green to let buses through. CATS is planning to unveil exactly where those could go this fall.

The benefit of those measures would be to give buses an advantage over cars on congested streets and save riders time. CATS is also expanding commuter bus service and using the I-77 toll lanes for bus rapid transit from the northern towns to uptown Charlotte.

Schwieterman said transit systems can take simple but significant steps to make buses easier for people who don’t ride often but might want to try it out. Standardized payment systems using smartphone apps and credit cards could eliminate “farebox anxiety.” CATS’ regular fare is $2.20 one-way — and who carries cash and exact change anymore? And easier-to-read maps and schedules could go a long way.

“They make it really hard for the infrequent transit rider to ride a bus,” he said. “There’s lots you have to figure out.” 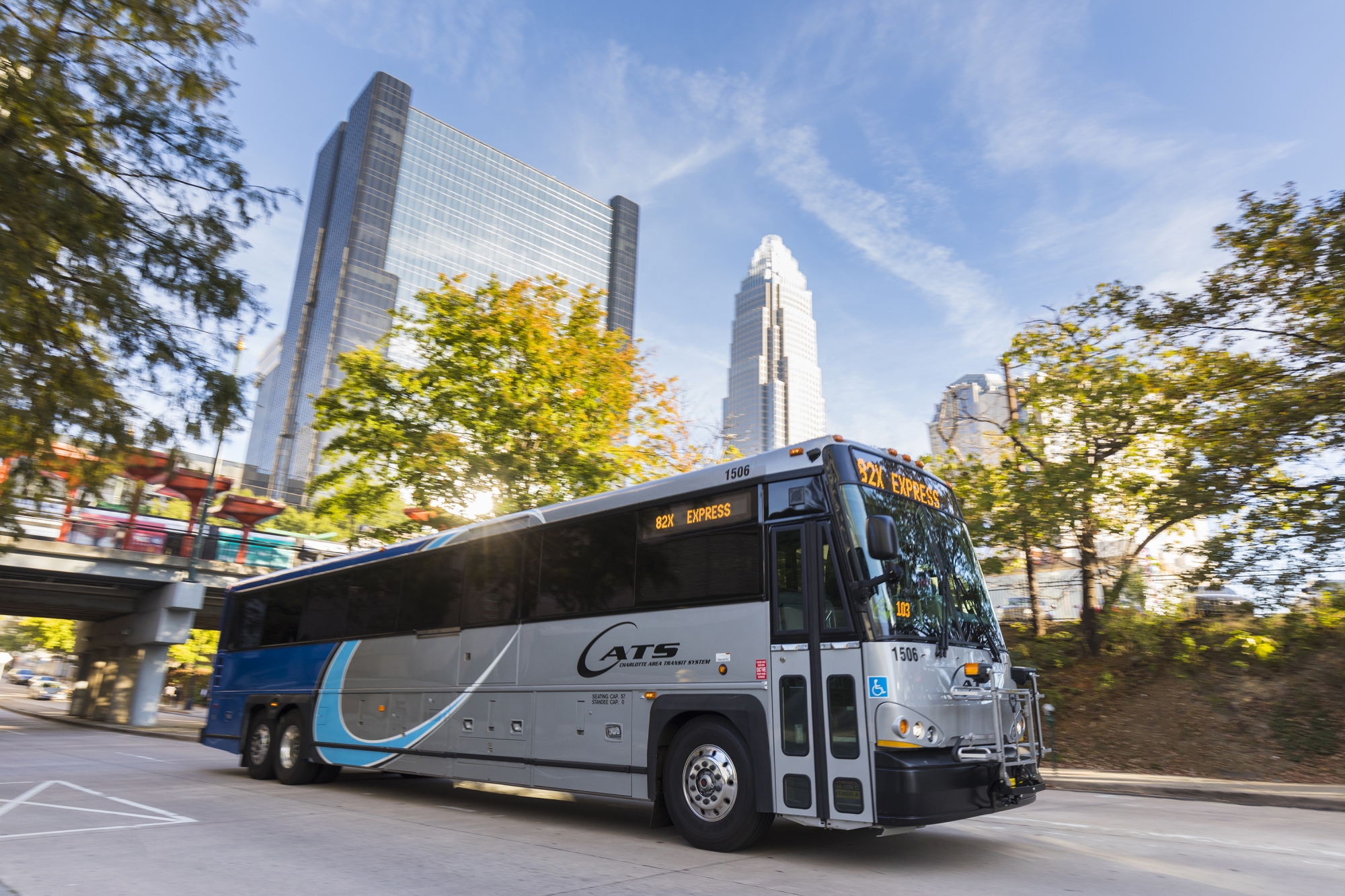 The holy grail, however, remains trip time and frequency.

To reduce the time between buses (or “headway” in transit-speak) to 15 minutes or less on all routes would require an additional $32 million and 100 buses, Lewis has said. That’s not an astronomical number for a city that’s planning a $13.5 billion transportation plan.

Krissy Oechslin, chair of the Transit Services Advisory Committee (a citizen advisory board for CATS), is a self-proclaimed “bus enthusiast” and, at least in pre-Covid days, regular rider of the No. 9 bus.

“If the bus had a dedicated lane so it didn’t get stuck, it would be more attractive,” she said. “Another way you go about reducing the stigma is you make the bus attractive to choice riders.”

But, Oechslin said, the stigma remains. She recalled a woman who worked at Gateway Station when the express bus service dropped a stop there. The woman could have transferred to a local bus from the transit center for the last leg of her trip.

“She literally said ‘I don’t want to ride the bus with those people,’” said Oechslin. “My jaw dropped. She said the quiet part out loud. I don’t know how you change that. It’s a larger issue.”

“If you make a certain amount of money or live in a certain neighborhood, you wouldn’t take a bus if it literally stopped at your doorstep and dropped you off at work,” Winston said in a 2019 committee meeting. He said this month that his views haven’t changed.

“It’s not as simple as just creating a dense, gridded system,” he said. “If you don’t overcome that culture change, that’s gonna be tough. CATS can't do that alone.”