Charlotte's big goal: Take half of all trips in something besides a car 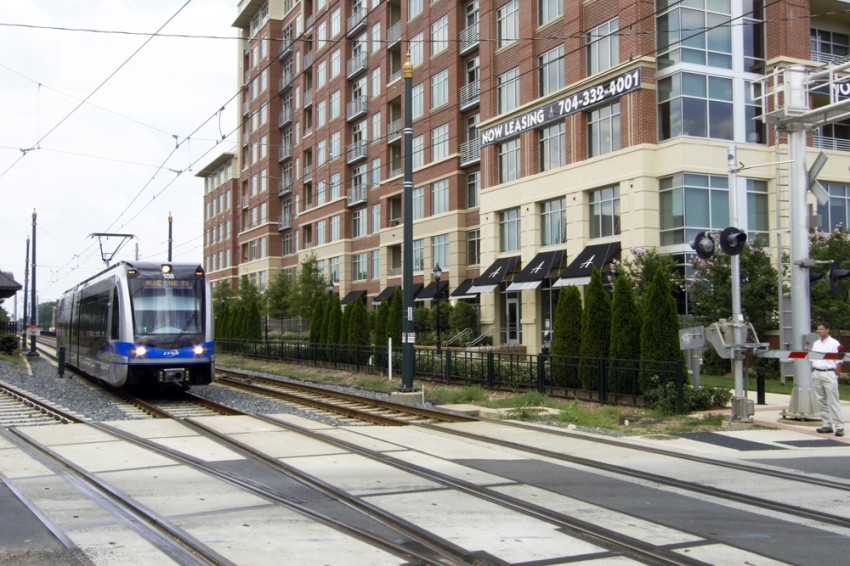 Charlotte transportation leaders laid out an ambitious goal this week: By 2040, half of all trips in the city should be taken in something besides a car.

That would be a major shift. Right now, somewhere around three-quarters of trips within the city are currently made using single-occupant vehicles, transportation staff said at the City Council transportation committee meeting.

Reaching that aspirational goal would mean a lot more people using mass transit such as buses and trains, as well as other ways of getting around, like bicycles or walking. The challenge is formidable for an auto-centric, sprawling city like Charlotte.

McKinney said that new development rules requiring better sidewalks and pedestrian infrastructure, investments in bicycle lanes and redesigned streets will all help. But he said transit – especially buses – will be key.

“There is no way to get there without a real serious focus on transit, and it's not just rail,” said McKinney.

The Charlotte Area Transit System has seen bus system ridership decline for years, even before COVID-19 devastated public transportation. Riders have started to come back to the Blue Line light rail, but even post-pandemic, the bus system is struggling to attract customers.

Meanwhile, driving is back to pre-pandemic levels. And a $13.5 billion transportation plan that would include the Silver Line light rail is on hold, with a 1-cent sales tax to fund it not expected on the ballot for Mecklenburg County voters this year.

“All these things are interconnected,” he said. “We can't totally improve passenger experience just by putting frequency [more buses] out there.”

City Council members said they like the concepts CATS outlined, but want more details on costs and timing for the various components. A large majority of CATS’ operating budget comes from a ½-cent local sales tax.

“I too would like to know what overall, for the whole plan, the operating and capital cost would be for this,” said City Council at-large member Julie Eiselt. “We really don't have a feeling for what we could even implement with our existing budget.”

Lewis said CATS will work on estimates for the recommendations.

“There's always the question of what this will cost in order to do that, and we will continue to work through that,” he said.

Council member Malcolm Graham said the proposals sounded like “a lot of blocking and tackling.”

“What would it take for us to be world-class?” he asked.

Lewis said that the Envision My Ride recommendations will go a long way towards improving the transit system, but added there’s no “magic bullet or quick answer.”

And, Lewis said, Charlotteans will have to reassess how they view roads — and give up some space for cars — in order to make bus transit a success.

“It will be a big change from a cultural standpoint,” he said.