The charm of sourwoods in the winter woods 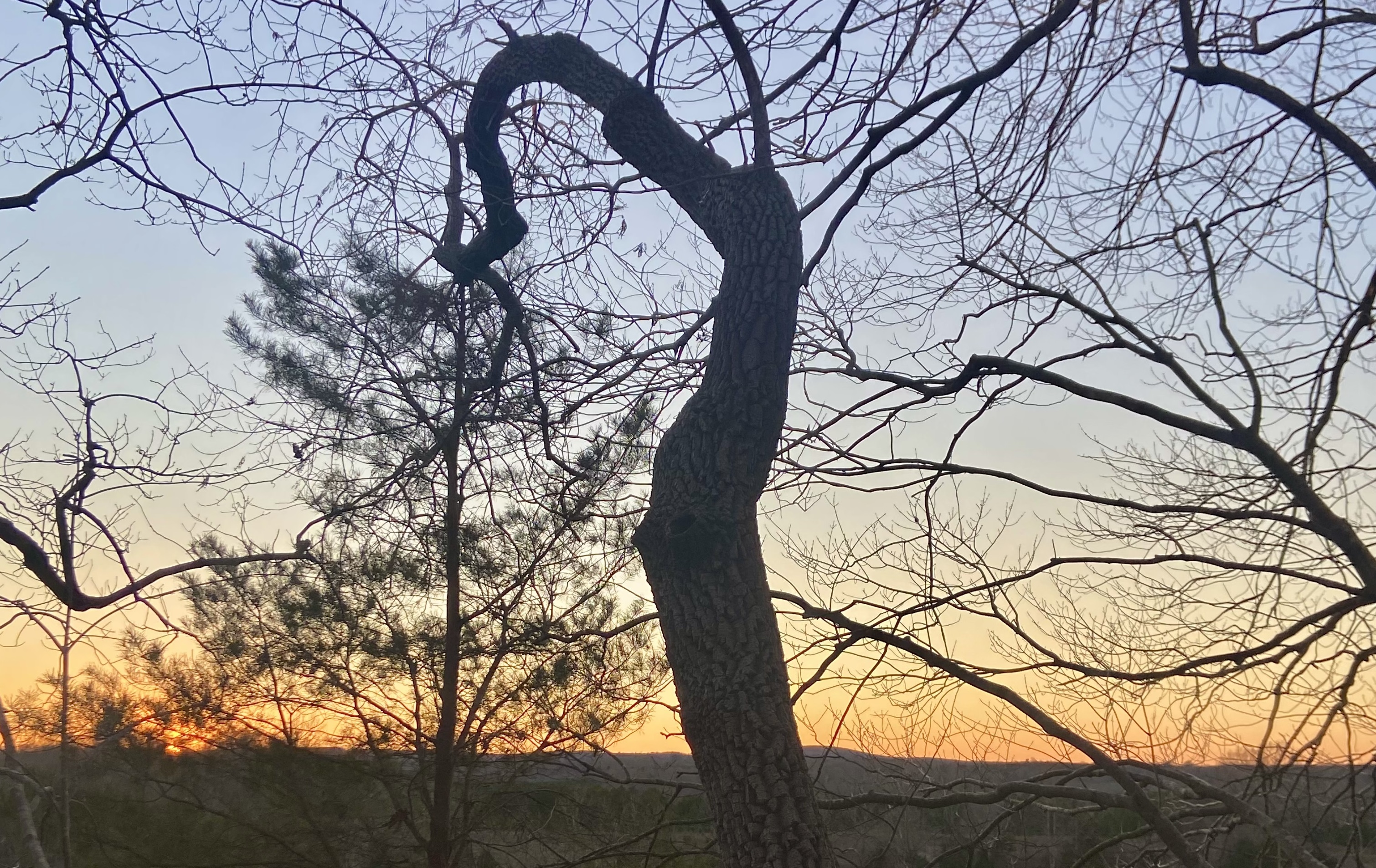 For those who are partial to the charms of a lush forest in spring and summer, don’t throw shade on the winter woods – they’re far from rigid and stark. Sourwood trees animate the slopes and ridges of the Uwharries with their contorted and even whimsical shapes. They bring a prankish personality to the stately but somewhat staid canopy of hickories and oaks.

The sourwood (Oxydendrum arboreum) is one of our most beautiful native trees, rivaling the beloved dogwood. Both are understory trees, with leaves that turn a brilliant red to burgundy in fall. The sourwood’s spectacular flowers appear in early summer, long after other woodland trees and shrubs have finished blooming. Their drooping panicles of bell-shaped white flowers give rise to its common names, sorrel tree or lily of the valley tree.

Honeybees flock to these flowers, robbing the pollen to create some of the world’s finest honey. Mark Bost, district forester with the North Carolina Forest Service, says beekeepers have sought his advice on ways to promote sourwood in their woodlots. According to Gabriela Garrison, eastern Piedmont habitat conservation coordinator with the North Carolina Wildlife Resources Commission, the flowers also appear to be an important source of pollen for native bumblebees. 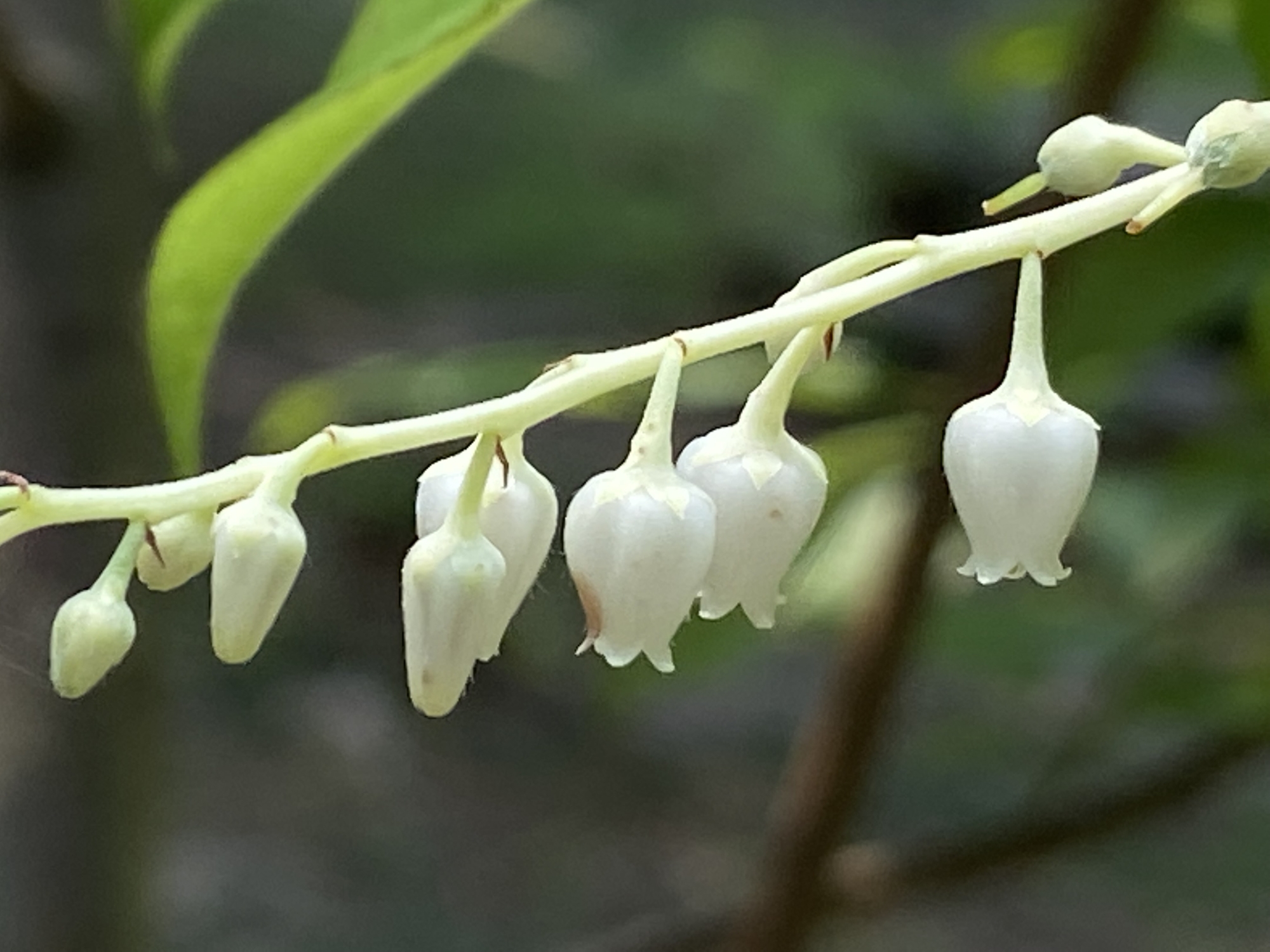 With all these attributes, it’s a wonder sourwoods haven’t become more popular in the landscape trade. Unfortunately, they have a reputation for being difficult to transplant and intolerant of urban air pollution. Of course, that didn’t stop me from trying my luck with a $2 seedling.

The rabbits in my backyard quickly nipped it off near the ground. I almost pulled it up and replaced it, but soon enough, three shoots sprouted from the 6” nub. I’m glad I hesitated. After observing so many sourwoods in the Uwharries, I’ve realized my awkward little seedling embodies their true spirit.

[Read more: Charlotte's bunny boom is too much of a good thing]

Although their native habitat stretches across much of the Southeast, sourwoods reach their full potential in the Southern Appalachians. Jackson County, just west of Asheville, is home to the state champion.

Mark Bost recalls seeing an impressive stand of sourwoods growing straight and tall in the flat woods of a Guilford County park many years ago, the exception to the rule. In the Piedmont, the most robust specimens typically grow at the edge of the forest, along a roadside or field.

Challenging sites – like the Uwharries’ dry, rocky slopes – no doubt contribute to the sourwood’s contorted shapes, but Bost also notes the influence of previous logging practices. “Even 50 years ago,” he said, “selective cuts were the norm.”  As loggers “high-graded” the forest, targeting more desirable species such as shortleaf pines and oaks, sourwoods were considered a “pass up tree.”  This practice left its mark on the forests we see today.

Sourwoods do seem especially adept at taking advantage of canopy gaps. According to Bost, their wood grain is cross-hatched, making it tight and strong. As they lean at precarious angles, their trunks become thicker on the sides facing the earth and sky, providing additional support. Their root system also compensates to hold them in place.

Sourwoods arch over many of the upland trails in the Uwharries. Mid-trail, positioned for maximum sunlight, a limb will shoot skyward, at a right angle to the horizontal trunk. There, they produce their coveted blooms. Their dried seed capsules often hang on to the tips of branches deep into winter. Even when sourwoods get squashed by a fallen limb or tree – or get cut during trail maintenance – they often resprout with vigor. In winter, the new growth is a festive red. On mature trees, the bark is deeply furrowed and blocky. These features make it easy to recognize sourwoods year-round.

Jerry Reynolds, head of outreach at the North Carolina Museum of Natural Sciences, is a fellow sourwood aficionado . He likens their growth habit to a nonconformist attitude, which I totally appreciate, but they also strike me as the ultimate team player. They occupy their own niche in the forest – content in the shadows, but always searching for an opportunity to shine.

As I hike through the Uwharries, I sometimes hear the sourwoods’ quietly defiant voice.

And I will always – always – reach for the light.

There’s so much grace in their resilience. Sourwoods bend, not because they’re weak, but because they’re strong. Their contortions are born of adversity, but they become a thing of beauty, as transcendent as any work of art.