Color and peace with spring wildflowers and migrants 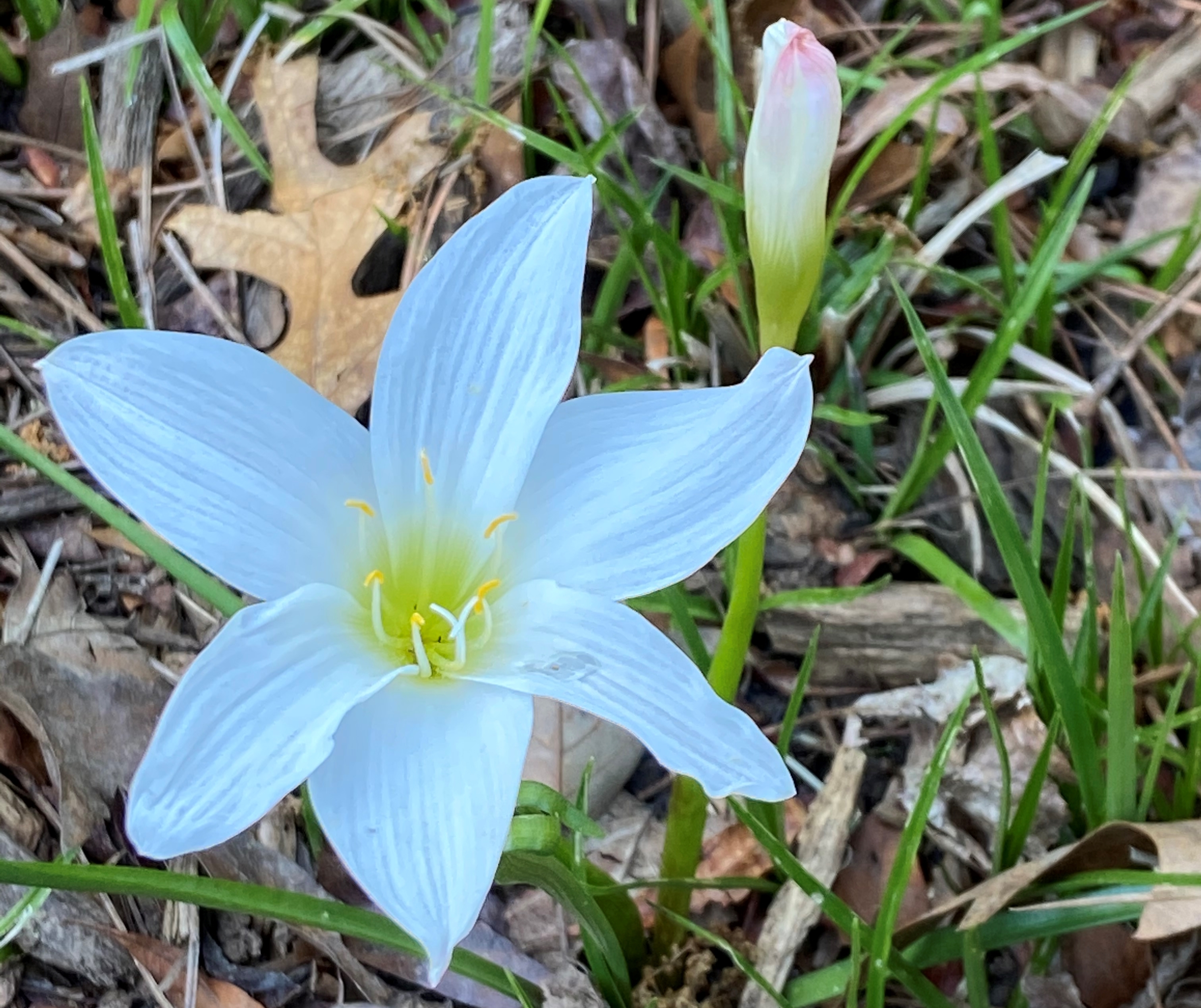 Maybe it’s because I’ve spent the past two years obsessing over the squiggly lines charting COVID's peaks and troughs. I began to imagine the shape a graph might take if I plotted the occurrence of spring wildflowers and neotropical migrants.

I envision the wildflower display as two gentle but significant peaks – one in mid-March and the other in mid-April. Migrating  birds increase at a somewhat slow and steady pace from early March until mid-April, but then their numbers spike. The surge is followed by an equally steep decline. By mid-May, the birds are ensconced in their breeding grounds and many wildflowers go dormant.

There’s a point toward the end of April when the lines intersect near their peaks, when the woodland wildflower display begins its gentle decline while the pace of neotropical migrants
is in a steep ascent. It’s a dazzling convergence. The colors on the forest floor are reflected in the canopy.

Now is the time to catch some of our most dramatic wildflowers and neotropical migrants. In the coming days, spend some time in a mature hardwood forest, preferably in a bottomland or along a stream. Walk slowly and softly. Look down. Look up. Be quiet. Be still.

You’ll be rewarded with the best sort of sensory overload.

The birds are much more common than the orchids, which have been documented at only a handful of sites in the Uwharries. The chestnut-sided warbler sports a surprisingly abundant spring color. Shades of burgundy, bronze and rust can be seen in many plants, including the enigmatic flowers of the Carolina sweetshrub (Calycanthus floridus).

While the color blue is quite common in birds, including the handsome black-throated blue warbler, very few flowers are a true blue. Most skew toward purple. Bluestar (Amsonia
tabernaemontana) is a delightful exception. The petals are the icy blue of the hottest stars – Spica and Rigel – but they deepen to a shocking, electric blue at the base. 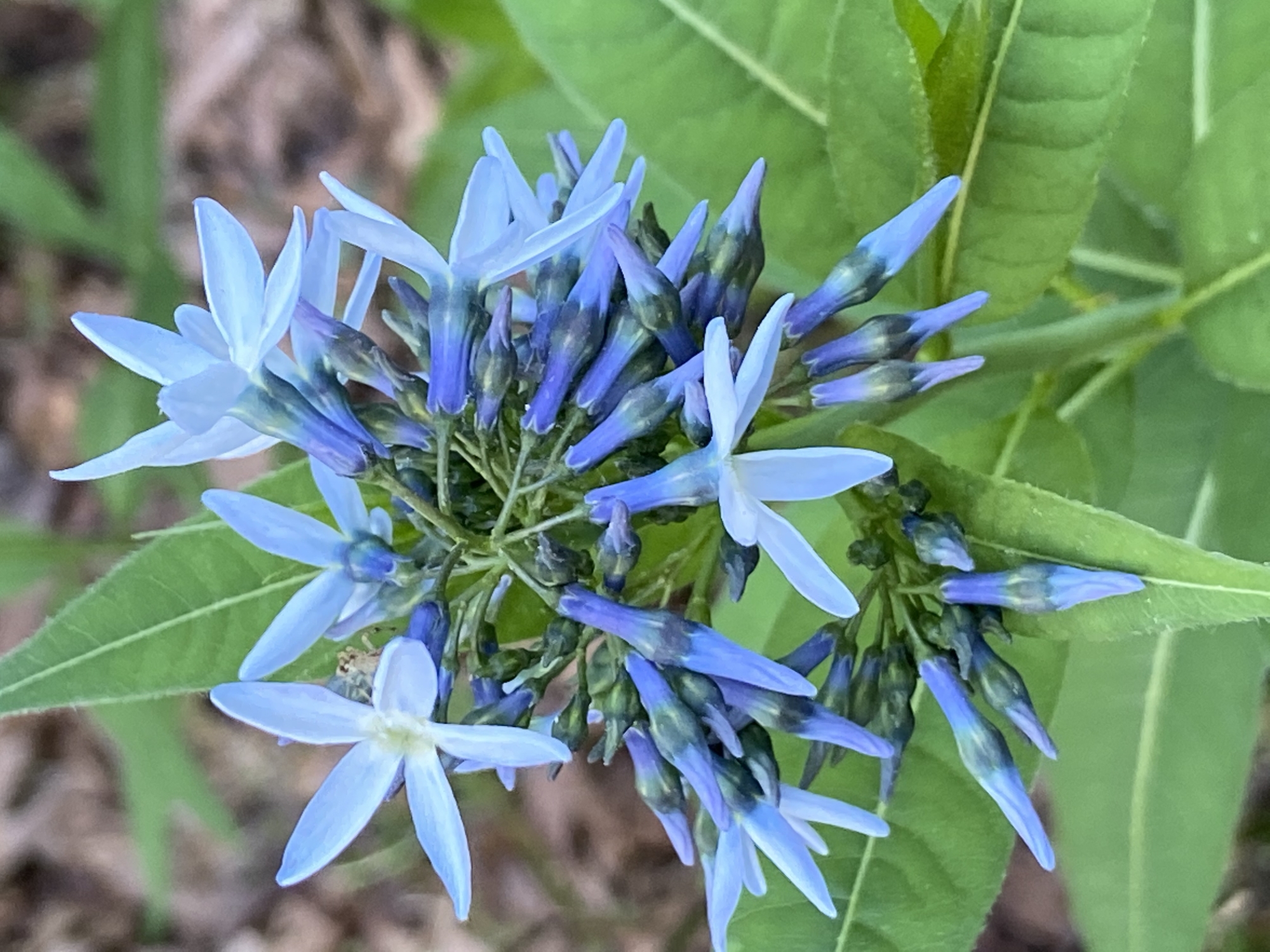 The black and white warbler is flashy – not in color but in pattern. Think of them as little zebras in the trees. They share the pure, bright white of the elegant Atamasco lily (Zephyranthes
atamasca). The trumpet-shaped flowers rival the beauty of the popular Easter lily, especially in ideal conditions when they can occur in large colonies.

Likewise, the woodthrush is the understated color of last fall’s leaves, but its song is anything but plain. The entire spring forest – in all its beautiful, ephemeral complexity – is distilled in its ethereal song, a flute-like Ee-o-lay! 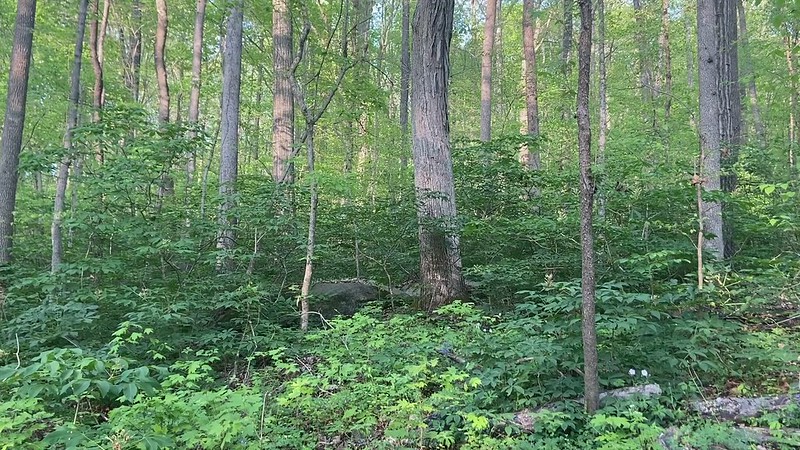 It’s impossible to plot the peace, tranquility and absolute joy that come with spending a late-April day in the hardwood forests of the Uwharries – the experience is off the charts.