Commuting in Charlotte region: Where do people work? 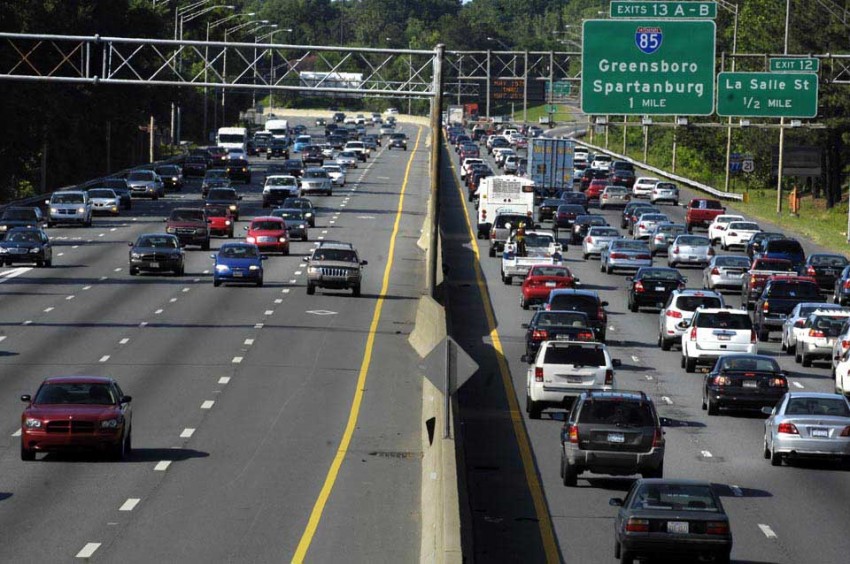 According to the U.S. Census Bureau, 153,015 individuals who worked in Mecklenburg County commuted from another county in the Charlotte MSA – among the highest number of county-to-county commuters in the U.S.

When deciding where to live or work, a primary consideration is commute time. A shorter commute time allows more time at home or for running errands. However, employment opportunities in neighboring counties can draw workers farther from home, creating economic ties that link counties and increase commuting.

Data from the U.S. Census Bureau’s newly released 2006-2010 commuting estimates revealed county-to-county commuting has increased among workers throughout the nation. This is also visible within the 10-county Charlotte-Concord-Gastonia Metropolitan Statistical Area (MSA).

As impacts from the financial downturn affected opportunities for employment, the distance many individuals were willing to travel for work increased. Of the 10 counties in the Charlotte MSA region, Lincoln County residents were most likely to work outside their  county of residence. More than half (56.6 percent) of Lincoln workers commuted to jobs in surrounding counties, including Mecklenburg, Iredell and Gaston.[1] Mecklenburg County experienced the lowest percentage (11.8 percent) of workers commuting to other counties for work in the region.  This is most likely because Charlotte is the core of economic activity within the region, home to many banks, public and private businesses, foundations and nonprofit organizations.  Also, with its large and varied residential options, for different income levels and family size, it offers more choices for living closer to work. 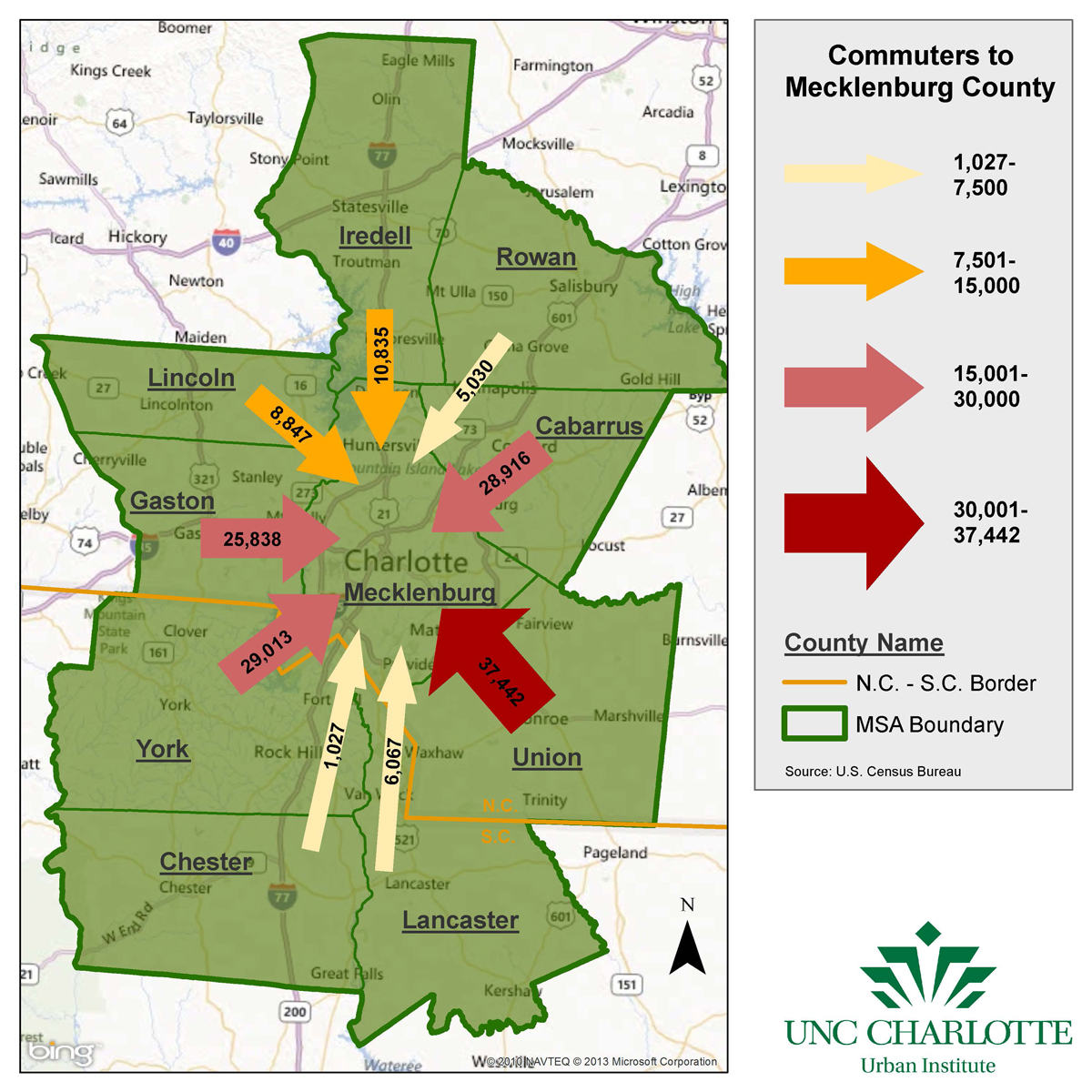 Charlotte’s location is accessible by major thoroughfares, improving access to the city center from outlying counties. Within the 10-county Charlotte MSA, 37,442 workers commuted to Mecklenburg from Union County with many traveling on U.S. 74, a direct route to Charlotte’s center.  The 29,013 residents commuting from York County, S.C., and Iredell County (10,835) have access via I-77, a major north-south thoroughfare that runs directly through Charlotte. The 28,916 residents who commuted from Cabarrus County and 25,838 from Gaston County have access via I-85, a second north/south thoroughfare to Charlotte.

Each county in the MSA has a unique commute pattern. In Cabarrus, the majority of residents also worked in Cabarrus. Additional residents commuted to nearby Mecklenburg, Rowan and Iredell counties.

Gaston County residents commuted to six different counties although a majority, (58.6 percent), worked in Gaston County. An additional 29.3 percent of workers commuted to Mecklenburg County for work, while the remainder went to Lincoln, Rowan, Union or York counties.

Iredell workers were most likely to work where they resided: 69.1 percent were employed in Iredell. The remaining workers mainly commuted to Cabarrus, Mecklenburg and Rowan counties, all adjacent to Iredell. Unlike Iredell, the majority (56.6 percent) of workers living in Lincoln County commuted to nearby counties for employment.

Sixty-five percent of Rowan County residents worked in Rowan. The remainder commuted to nearby Cabarrus, Davidson and Iredell counties. Additional workers commuted farther south to Mecklenburg County, accounting for 8.5 percent of workers in the period from 2006 to 2010.

Union County has experienced drastic growth over the past 15 years. Fifty percent of the workers who lived in Union also work there. Other workers commuted to nearby Mecklenburg (42.4 percent) as well as Cabarrus, Gaston, Iredell, York and Lancaster counties. Compared to other counties in the Charlotte MSA region, workers in Union commuted to more counties, with some traveling as far as Cleveland County (west of Gaston County).

Travel time for workers varied throughout the region. The majority (63.4 percent) of workers spent less than 30 minutes traveling to work each day.[5] But 1.9 percent of workers experienced extreme commutes (lasting 90 or more minutes) in 2011.[6] That percent is lower than the national average (2.5 percent).

Because the Charlotte MSA is connected by thoroughfares and economic activity, workers move about the region with greater ease than in decades past. The commuting patterns have expanded, and the time spent traveling to and from work has changed. Although many workers have a commute time less than 30 minutes, workers are more mobile than they were previously.