Finally, biking in uptown without fear 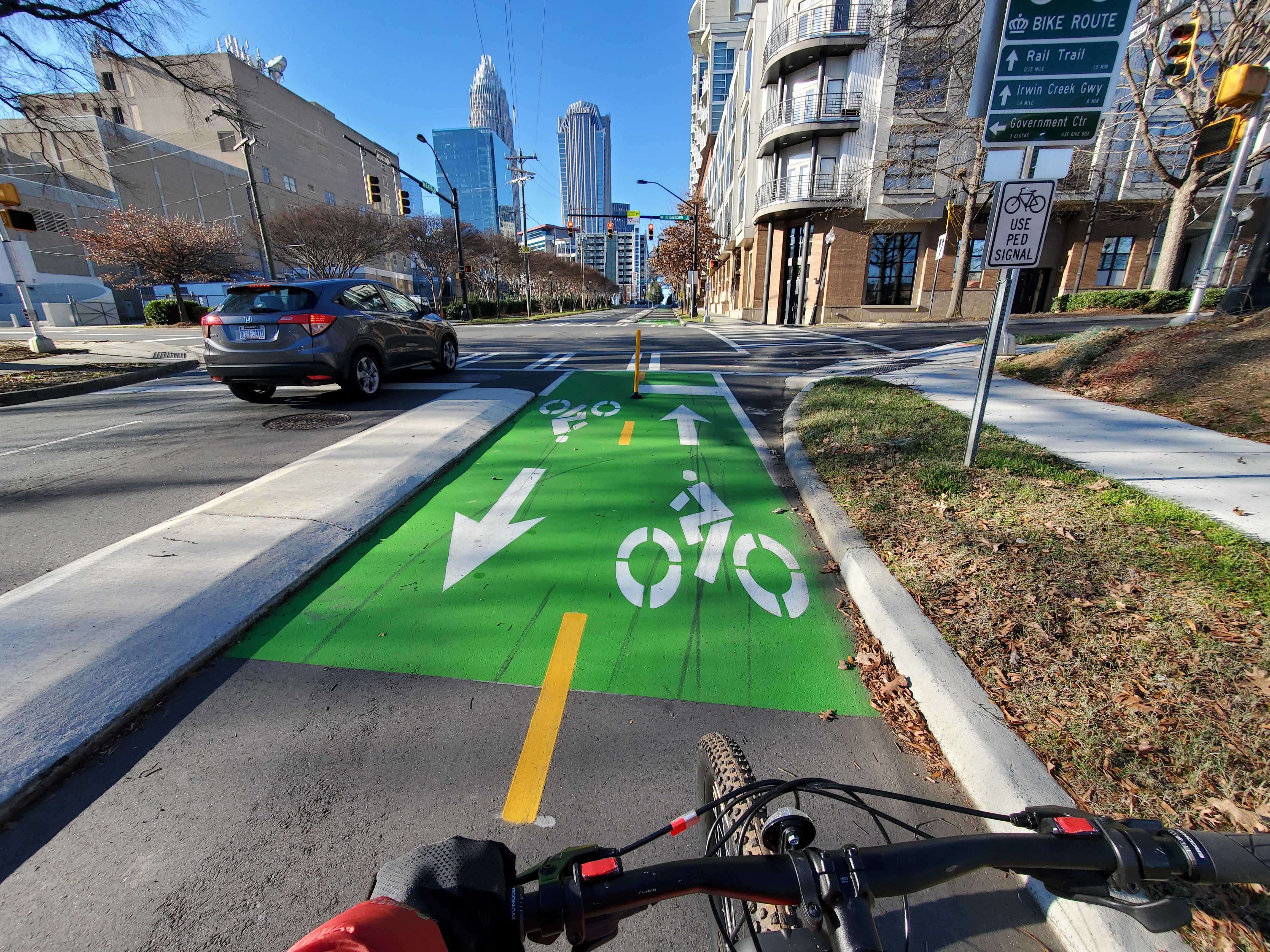 Pedaling through uptown last week alongside cars and pedestrians, I felt something that I’ve rarely felt before on city streets: Relaxed.

That’s because I was riding not in lanes of traffic or in a tiny, painted “bike lane,” but in a full-sized, two-way, striped and painted lane for bicycles, separated from cars by a concrete curb and plastic bollards.

The project was set for completion by the end of 2021, but (as is common) construction delays cropped up. Some new pedestrian crossing signals aren’t fully installed, and workers were still touching up the paint last week. But the new lanes are mostly done, and riders are out and about using them (I skipped a short portion of the lanes that was blocked off with cones and caution tape, but the criss-cross of tire tracks showed many riders aren’t doing the same).

As Charlotte gets ready to debut its newest transportation project, here are five thoughts about what the future of bicycling could look like in Charlotte — and what we still need to work on.

So is Charlotte’s future a Dutch-style nirvana of people biking everywhere? With a city sprawling over more than 300 square miles, I suspect not. But the new protected bicycle lanes — and the miles of greenways they connect — give us a glimpse of what a more bike-friendly future could look like.

This story was originally published in Transit Time, a collaborative newsletter produced by UNC Charlotte's Urban Institute, WFAE and The Charlotte Ledger.