Finding the Music, Part 1: A town reaches into its past to fuel a revival 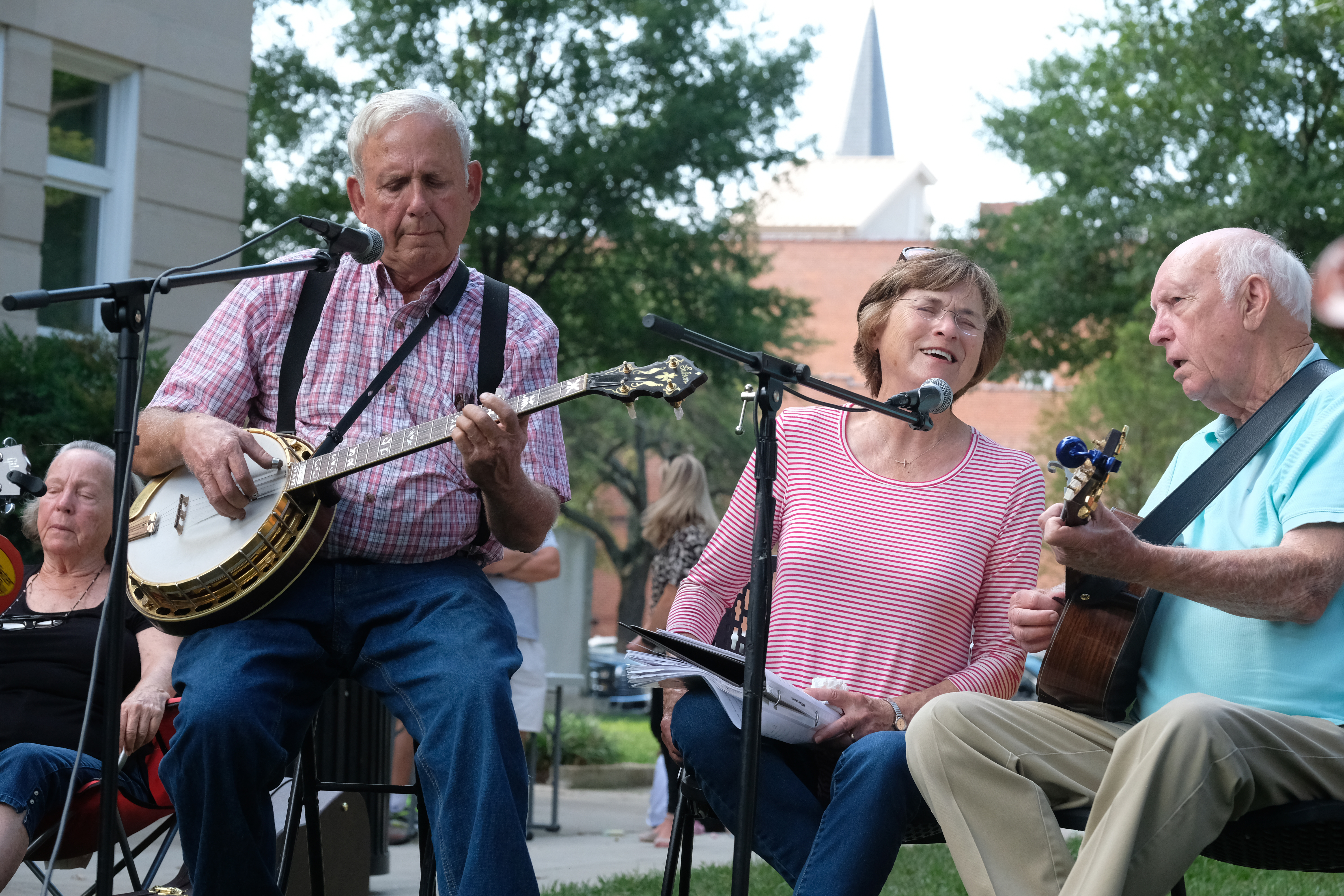 This is the first part in a three-part series. Read Part 2: 'We needed to do something bold' and Part 3: 'A 38-year overnight success story' for the next parts of the story.

Thirteen years later, Brownie Plaster is still bemused by the chorus of laughs that rose one May afternoon in 2006. At the time, she had no clue what was so funny.

For months, Plaster and a task force of 30 volunteers from Shelby and Cleveland County had been exploring options to rescue the city’s historic courthouse and resuscitate a downtown — Shelbyites call it uptown — that was on life support. The Neo-Classical Revival centerpiece with its familiar clock cupola was built in 1907 and closed 67 years later when the county built  a “modern” courthouse a few blocks away.

In 2004, it closed again after a local history museum housed there since 1976 finally called it quits. It was another sucker punch to a once-vigorous downtown that began watching its life sucked out when the Cleveland County Mall opened on the outskirts on U.S. 74 in 1981. Like many Carolinas towns, Shelby’s five department stores and an array of retail either closed or moved to the mall or other sites along “Highway 74,” leaving a profound emptiness and few remedies.

Making matters worse, Shelby’s textile industry began a slow death march during the post-NAFTA years as, one by one, mills shuttered and shipped jobs overseas.

So, with Forbes magazine ranking Shelby among America’s most vulnerable cities, the task force set out to see what other towns and cities in similar distress had done to pump energy into their downtowns and draw out-of-towners.

They landed on an idea to fully embrace Cleveland County’s musical legacy and celebrate the global fame of two native sons. The best-known was Earl Scruggs, the Flint Hill farm boy whose three-finger picking on the five-string banjo revolutionized the instrument. Shelby-raised songwriter/performer Don Gibson, nicknamed “the Sad Poet,” wrote three of country music’s most beloved and woeful tunes: “Sweet Dreams,” “I Can’t Stop Loving You” and “Oh Lonesome Me.”

Their plan called for repurposing two abandoned uptown buildings. The courthouse would become an interactive museum to chronicle the life of Scruggs and the region of the American South that shaped him and his music. The State, a long-closed art deco-styled movie house two blocks away, would be upfitted into an intimate 400-seat concert hall with exquisite acoustics as a lure for national touring acts — and out-of-town fans — to the “City of Pleasant Living.”

It all was gauged to elevate community pride and Shelby’s name in the region.

But before making a pitch for donations, the group needed a name. Someone suggested “Destination Cleveland County.”

That’s when the laughing began.

“I looked over the room and shouted: ‘What’s so funny?’” said Plaster, the nonprofit tourism group’s irrepressible leader with Earl Scrugg’s nephew, J.T. Scruggs of nearby Boiling Springs. “Some shouted back: ‘Who would want to come to Cleveland County?’”

‘Coming from all over’

Apparently a lot of people.

Since the 2009 opening of the Don Gibson Theatre, they’ve come from 40 states and eight countries for 30 yearly shows, said Stan Lowery, the theater’s executive director. The Earl Scruggs Center, which opened in the courthouse five years later, has drawn bluegrass fans from 50 states and 20 countries.

Now, people from the Charlotte region driving to Asheville or elsewhere in the N.C. mountains aren’t just stopping briefly for lunch at Red Bridges Barbecue Lodge restaurant on U.S. 74, then heading on their way.

Instead, many turn toward uptown and the Scruggs Center, or a concert at the Gibson Theatre. Or they sip a craft beer at Newgrass Brewing Co., or a fine bottle of wine at Dragonfly Wine Market, and order a pizza at Pleasant City Wood Fired Grille — all three opened uptown within the past 10 years.

Shelby Mayor Stan Anthony, a local architect who grew up in town, said he’d attend shows at the Gibson Theatre in the early days, and knew most everyone.

“It was fun to see people you hadn’t seen in a while,” said Anthony, who was the theater’s architect. “Now when I go to concerts, I rarely recognize anyone, because they’re coming mostly from Greenville (S.C.), Gastonia or Charlotte and Asheville. They’re coming from all over.”

They’re music fans like Charlotte banker Roland Simpson, who in 2010 drove with his wife and two friends to Shelby and the Gibson Theatre to hear one of his old favorites: Dan Hicks and the Hot Licks. He hadn’t been to Shelby since the early 2000s, when downtown was mostly deserted.

He thought he’d taken a wrong turn for the Hot Licks show. “It was a weekend night and the downtown was hopping,” Simpson said. “We’d planned to just see the show and drive home. But afterwards, we stayed and had pizza at a great downtown place (Pleasant City).

“We had a blast and have been back.”

The out-of-towners include Japanese bluegrass fans, who’ve made multiple trips to the courthouse square, Plaster said. “The Japanese love Earl and bluegrass,” she said.

Months ago, two German women in their 50s took a week’s vacation to fly in to see country music crooner, mandolin player and multiple Grammy Award-winner Marty Stuart at the theater.

Even before the Gibson Theatre opened, a Gibson fan from Australia flew to Nashville to visit his grave. Told Gibson is buried in Shelby, she flew to Charlotte, jumped in a cab and paid a handsome sum to be driven to Shelby, Plaster said. Her cabbie couldn’t find the cemetery and called 911. A firefighter led them to the cemetery, where the woman placed sprigs of rosemary from her garden on Gibson’s grave.

She returned a year later for the theater’s grand opening.

Motor coaches filled with tourists are beginning to pull up. Plaster, now Destination Cleveland County’s endowment chair, makes a habit of introducing herself to people milling around the Scruggs Center. Recently, a couple introduced themselves with a heavy accent. They were from Edinburgh, Scotland.

“We were told ‘build it and they will come,’” she said. “They’re coming. They’re here.”