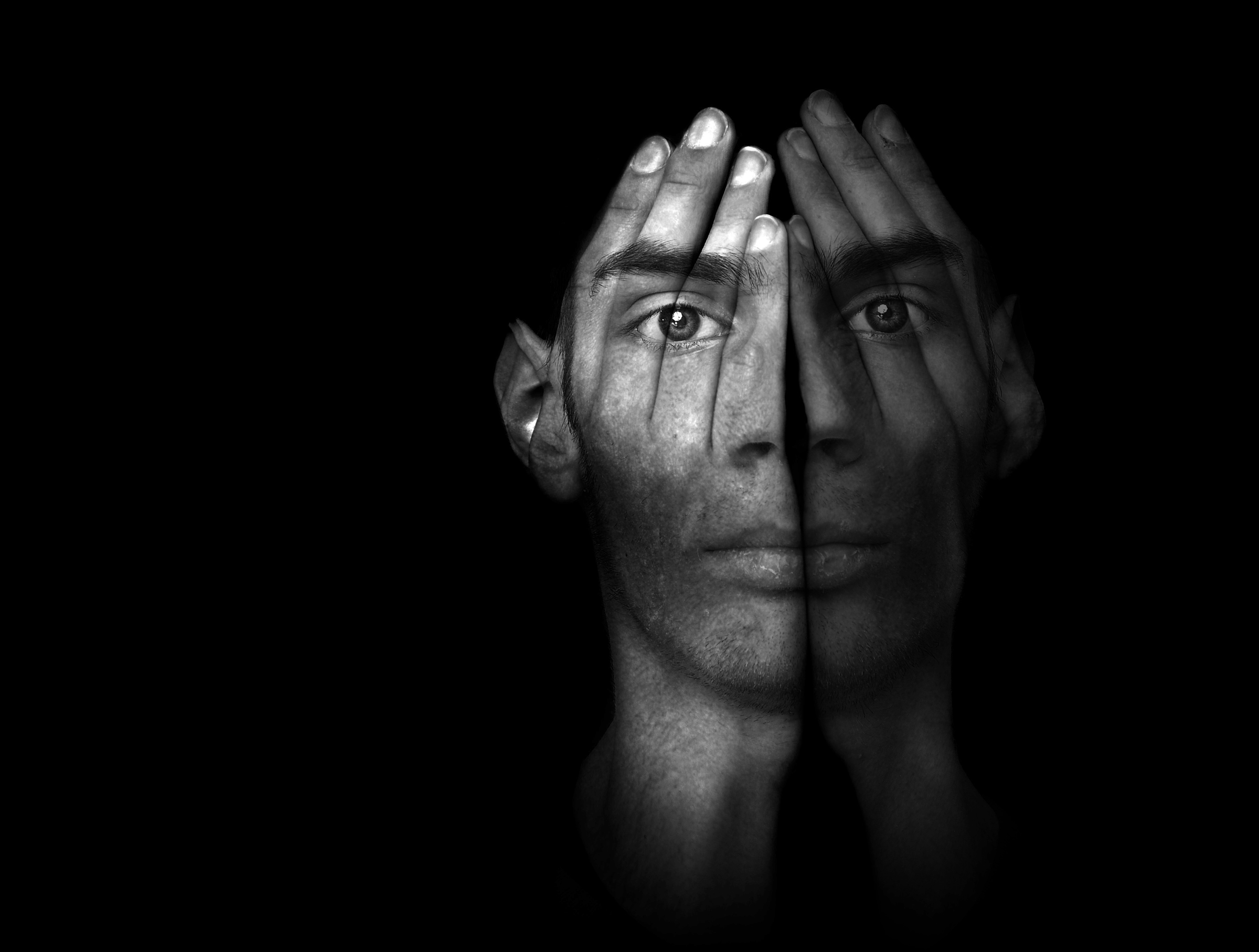 What’s going on in our nation? Though most of our systems aspire to fairness, people of color consistently experience disparate outcomes, compared to Whites. Racial disproportionality occurs across all systems – education, child welfare, health care, housing, employment, banking and finance and the justice system – to name just a few.

For example, students of color are suspended more often than Whites but not, in many cases, because they misbehave more often or commit more serious offenses. A 2011 longitudinal study in Texas by the Council of State Governments examined almost a million student records and found that mandatorily reported offenses were committed proportionately by race/ethnicity. (In other words, if Whites made up about 57 percent of a school’s enrollment, they committed about 57 percent of the mandatorily reported offenses.) Yet, for discretionary offenses, when students were matched by offense type, age, grade, type of student, income, family structure, etc., (83 distinct variables), researchers found Black students had a 31 percent higher likelihood of disciplinary action compared with otherwise identical White and Hispanic students.

This is not to say there aren’t behavioral differences between racial/ethnic groups. In 2014, the U.S. Justice Department’s Office of Juvenile Justice and Delinquency Prevention found that White youth commit more weapons, vandalism and alcohol/drug offenses, and Black youth commit more robbery and burglary offenses. But these findings don’t begin to explain the different outcomes by race/ethnicity.

WHY POLICE ARE IN THE FOREFRONT

Although disproportionality and disparity are common throughout the aforementioned systems, law enforcement often bears the brunt of the criticism.

Why? Because police officers are the most visible, and their actions carry the most direct and immediate consequences. We have seen videos and live Facebook streams of some egregious interactions, with fatal outcomes. And when these awful events happen, we want someone to blame. But blame cannot bring back Trayvon Martin, Eric Garner, Michael Brown, Tamir Rice, Walter Scott, Freddie Gray, Alton Sterling, Philando Castile and the many others.  So we grieve.  And yet more die: In Charleston, Cynthia Hurd, Susie Jackson, Ethel Lance, DePayne Middleton-Doctor, Clementa Pinckney, Tywanza Sanders, Daniel Simmons, Sharonda Singleton, Myra Thompson; in Dallas, Lorne Ahrens, Michael Krol, Michael Smith, Brent Thompson, Patrick Zamarripa.

What else is going on? The desire to blame someone furthers our binary thinking – the pattern of seeing things as right or wrong, black or white, with no grays in between. So we categorize the good guys and the bad guys (often by the color of their hats). This categorization, however, relies on brain heuristics, that is, on mental shortcuts, as well as explicit and implicit biases.

[highlight] Research has shown the depth and pervasiveness of implicit bias, in which our brains draw conclusions without our awareness.[/highlight]

Research from MacArthur genius award winner Jennifer Eberhardt has shown the depth and pervasiveness of implicit bias. Her studies found that when individuals are shown photographs of White Stanford University faculty, staff and students (at 30 milliseconds – a speed undetectable to the participants), they take longer to recognize emerging, crime-relevant images such as a gun, a knife and handcuffs. But shown photographs of Black Stanford faculty, staff and students (at the same undetectable speed), the participants recognize those same images statistically significantly more quickly – suggesting that our brains draw conclusions without our awareness. The book Blindspot: Hidden Biases of Good People, by Mahzarin Banaji and Anthony Greenwald, further explains implicit biases and how to measure and address them.

IS THERE ANYTHING WE CAN DO?

Why not hire police officers, teachers, social workers and judges, etc., who don’t have these biases? Because people without biases don’t exist.

Most of us are aware of some of our explicit biases and can usually quell them to make polite cocktail-party conversation. But we are unaware of our implicit biases. They result from our history, tradition and upbringing, from media messages and from our lifetime experiences. We all have these implicit biases, Black, White, Latinx,[1] etc.  (Visit Harvard University’s Implicit Association Website to assess your own biases.)  Our work needs to be threefold: identify our biases; purposefully re-write these biases in our brains and stop perpetuating them.

In 1999, North Carolina became the first state to legislate collecting traffic stop data.  Professor Frank Baumgartner, a political scientist at UNC Chapel Hill, analyzed the data (over 18 million stops) from 2000 to 2015 and found Black drivers were more likely to be pulled over and more likely to be searched – but less likely to be found with contraband. Baumgartner identified and removed the proverbial “bad apple” law enforcement from the sample and re-analyzed the data. But the results did not change in any statistically significant way.

Because it’s not just about individual players – good cops or bad cops. Some of our institutions, policies and laws inherently advantage some while disadvantaging others. Even if we were to eradicate the influence of individuals, many outcomes would stay the same because of systemic factors. So, although we work to minimize the role of implicit biases, we must also stop looking for the “racist” in the room and focus on the systemic factors that contribute to disparate outcomes by race and ethnicity. These factors include our history of structural and racial exclusion and the effects of institutionalized racism.

[highlight]In a complex, multi-hued world, we need to stop looking for the quick and easy solution. [/highlight]

What else is going on? We look for the easy solution. Africans were kidnapped and enslaved for 250 of our country’s 400-year history. Then for nearly 100 years there was legalized discrimination, and that leaves roughly 50 years of something else. Four hundred years of history can’t be fixed by one policy change. (I was recently asked if legalizing marijuana would address mass incarceration.) Equal opportunity and equality are not equity.  It’s going to take more than inviting folks to the Monopoly game with the same rules and $1,500 in paper money after the other players have been playing for hours.

We live in a complex, multi-hued world, and we need to stop looking for the quick and easy solution. We must be color brave not colorblind. Although not seeing color may appeal to some, as long as people continue to be treated differently based on their “color” we need to continue to collect and analyze data on these categorizations; plus, colorblindness devalues all that color and culture add. Being “color brave” means we have courageous conversations about the role of race in our world. And we recognize that race-based problems require race-based solutions. We must work separately and together as people of color and White allies to purposefully dismantle racism. We cannot merely be reactionary to the most awful and sometimes even fatal actions.

Why?  Because we cannot fire all the “bad apples,” nor can we hire only employees who have no implicit biases. I’m not saying we can’t get mad (we should) and we can’t act (we should), I just recommend evidence-based, positive action directed at root causes.

This includes acknowledging that yes, of course, all lives matter. Binary thinking suggests that saying, “Black lives matter,” means they matter more than or in place of White lives. That is not the case.  Yes, all lives matter, but right now let’s take a minute to focus on the houses that are burning, the people who are dying, and the fact that parents of Black teenagers have to have very different conversations with their children than I have to have with my three teenagers. Be informed about Alicia Garza, Patrisse Cullors and Opal Tometi’s ideas before you frame your opinion about #Blacklivesmatter.

AGAIN, WHAT SHOULD WE DO?

Effective long-term reform should start as collective prevention rather than visceral reaction. For more than two decades I’ve studied DMC (Disproportionate Minority Contact), looking at the overrepresentation of minority youth in the juvenile justice system. Only in the last five years have I begun to see real root cause analyses and change – nationally in Seattle through the Race and Social Justice Initiative) and here in Charlotte through an organization I help lead called Race Matters for Juvenile Justice.

Race Matters for Juvenile Justice is a collaborative leadership group from the courts, law enforcement, schools, social services, city/county, nonprofits, etc., working within our community to reduce disproportionality and disparate outcomes for children and families of color.  We employ six evidence-based initiatives:

RMJJ’s efforts are producing demonstrative and sustainable change and are unique in our nation. Promoting education and public awareness, and building trust and rapport go a long way when people are losing their lives and we’re looking for the bad guys to blame.

Albert Einstein said, “No problem can be solved from the same level of consciousness that created it.”  We can debate gun violence prevention (yes) and whether officers should wear body cameras (yes), but these are mere Band-Aids. Until we address the root causes of what’s going on (namely, racism), we’ll continue to read the headlines and Twitter feeds – and grieve.

Susan McCarter is an associate professor in the School of Social Work at the UNC Charlotte College of Health and Human Services. She also serves on the leadership team for Race Matters for Juvenile Justice.

Opinions in this article are those of the author and not necessarily those of the UNC Charlotte Urban Institute or the University of North Carolina at Charlotte.

[1] Latinx, pronounced La-TEEN-ex, is a gender-inclusive way to refer to people of Latin American heritage, avoiding the binary characterizations of Latino (male) and Latina (female) that stem from the Spanish language’s gendered system of nouns. Read more at http://www.complex.com/life/2016/04/latinx/rise-latinx and https://www.insidehighered.com/news/2015/12/08/students-adopt-gender-nonspecific-term-latinx-be-more-inclusive