How to brand a region: Searching for authentic identity in the Uwharries 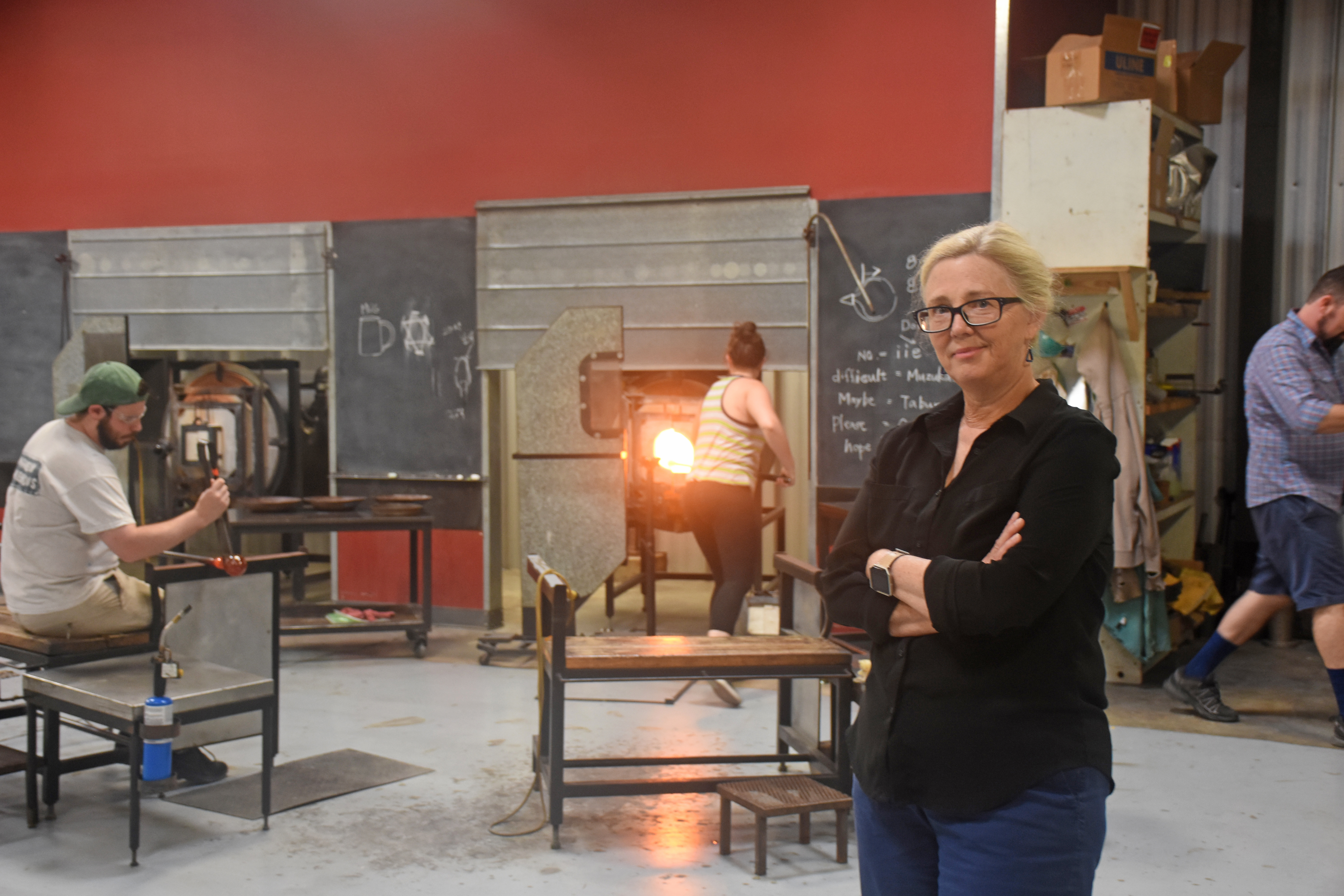 Rural communities around Charlotte are looking for new economic engines. Urban residents are looking for more outdoor recreation. That provides an opportunity for communities around Charlotte to use their public lands and waterways to fuel growth.  And two areas in the region that were ahead of the curve offer lessons for other communities trying to tap this potential source of growth (one in the Uwharries east of Charlotte, and the other in Burke County). Here, we take a look at the experience of the Uwharries, and how it might inform the efforts of other communities in the Carolinas Urban-Rural Connection region that are interested in tapping into the outdoor recreation industry.

Regional leaders based their marketing strategy on the retail model of a shopping mall. The region’s established public lands (a national forest, a national wildlife refuge and a state park) along with several prominent cultural attractions (the North Carolina Zoo in Asheboro, the NC Transportation Museum in Spencer and the Town Creek Indian Mound in Mt. Gilead) were likened to a shopping mall’s anchor stores: major destinations that were already attracting hundreds of thousands of visitors to the region annually.

All that was needed, leaders felt, was a shared identity and a strategy to promote the region’s lesser attractions and small towns so that they could reap the benefits of the tourism traffic generated by those anchor destinations – similar to a mall’s boutique shops succeeding because of their proximity to department stores.

A similar strategy was already proving successful in western North Carolina. There, an initiative called Handmade in America promoted the artistic traditions of North Carolina’s mountains as a unifying theme for the economic renewal of the region’s small towns. It was an effort to establish what David Knight, former director of North Carolina’s Office of Outdoor Recreation Industry, calls a “regional identity.”

['Public lands are huge': Building the infrastructure to capitalize on natural assets in Burke County]

Handmade recognized that western North Carolina already attracted millions of visitors annually to national parks and forests, but many of the smaller towns and communities were missing out on the dollars being spent by tourists. By emphasizing local arts and crafts as part of the authentic mountain experience, and by strategically showcasing artists’ work in the region’s historic downtowns, Handmade pulled more visitors into communities that had previously been left out of the region’s thriving tourism economy.

Back in the Uwharries, with Handmade as a model, leaders established a nonprofit organization and printed brochures to promote the seven-county region as the “Uwharrie Lakes Region”, with the “Central Park NC” moniker replacing it a few years later. The state designated a network of state-sponsored scenic byways, with the hope that visitors to the region’s anchor attractions would take the backroads and explore nearby communities. And a small town revitalization program was established to assist towns that weren’t large enough to participate in North Carolina’s Main Street program.

And yet, for all the successes regional leaders can point to in raising awareness about the region’s assets, there’s still a sense today that its full potential hasn’t been realized. Some people point to a recent change in priorities of the Central Park NC organization as evidence that the region’s outdoor recreation strategy has lost some of its momentum.

After moving to an abandoned mill building in the eastern Montgomery County town of Star, Central Park NC’s focus began to shift more to nurturing an indigenous arts movement, building on the ceramics and pottery traditions of the nearby Seagrove community. While not entirely abandoning its focus on promoting the region’s natural assets, more of the organization’s energies and resources were devoted to retrofitting the old mill building into an innovative “maker space” known as STARworks.

There, artists, including potters and glass blowers, could take advantage of the building’s large industrial spaces, as well as the synergy and inspiration of a growing ecosystem of artisans, to fine-tune their craft. Today, a large gallery at the building’s entrance has become a showroom for artists to sell their work, and is a popular stop for arts tourists from surrounding urban areas visiting the region’s renowned potteries and studios.

So, does Central Park NC’s shift to an arts-driven focus suggest the limits of the organization’s original approach, one focused on outdoor recreation as a regional place-based economic development strategy?

Central Park NC/STARworks executive director Nancy Gottovi doesn’t think so, and still feels the region has promise as an outdoor recreation mecca. However, she says her organization’s shift offers some important lessons for communities hoping to capitalize on place-based assets, whether natural or cultural.

For one, getting the “regional identity thing” right is important.

“The Central Park NC concept didn’t take off as a marketing concept in the way that we had hoped,” Gottovi says. In hindsight, she thinks the original focus on the Uwharries was probably a better approach for the outdoor recreation component of their mission, as the Uwharrie Mountains are an identifiable geographic feature that unites many of the region’s counties, even if they remain relatively unknown to people in surrounding urban areas.

For some, the Central Park name evoked an urban image instead of the rural and rugged terrain of the Uwharries. As David Knight notes, a place’s regional identity “can’t be artificial.” And others who remain focused on the Uwharries as a regional identifier appear to be having some success, including businesses such as the Eldorado Outpost in the heart of the Uwharrie National Forest, and the organizers of this fall’s inaugural Ten Days of Uwharrie outdoor festival.

Gottovi also thinks the shopping mall model they initially relied on has become dated as a marketing strategy, just as malls themselves have declined in popularity in recent years. Retail today is more focused on niche markets, encouraged by online resources that allow shoppers to customize their searches to find what they’re looking for. It’s no accident, Gottovi says, that they started gaining their greatest traction as an organization when they made the arts – especially something as unique and authentic as the artisan traditions of the Seagrove/Star corridor – a primary focus.

“Shopping is an actual recreational activity – it’s an experience – and that’s what’s happening here around the arts,” says Gottovi. She believes that outdoor recreation efforts have the same potential if they can figure out how to successfully target their niche markets.

As for understanding those niche markets and how to reach them, Gottovi feels that’s where the Central Park NC concept really succeeded. “We understood from the beginning that there was an urban market because of our proximity,” she says. While the Central Park concept didn’t resonate as a name, it did suggest a place rich in natural and cultural resources, central to a growing urban market, and an intentional civic effort to get that market’s attention.

For STARworks, the connection to urban markets is now about more than customers. The center is building partnerships with urban-based organizations with an affinity for the arts. Recently, when the Mint Museum in Charlotte sought to commission one of the world’s leading glass artists, Nancy Callan, for a multi-panel composition on the theme of textiles, it partnered with STARworks to provide the glass-working facilities for Callan’s residency. The project was an example of a mutually beneficial urban-rural partnership.

“STARWorks had the glass working facilities, while the Mint’s reputation as a respected collecting center could attract someone of Callan’s stature – put those two things together and we’re collaboratively building a regional reputation for world class ceramics and glass work,” Gottovi says.

So rather than being a negative indicator of the Charlotte region’s outdoor recreation potential, Gottovi actually believes the pioneering experience of Central Park NC offers a blueprint for others pursuing place-based economic development strategies, whether around natural or cultural assets.

“If you see something that doesn’t work, be willing to change,” she says.  “How you get to positive change is based more and more on the ability to adapt.”

Disclaimer: Jeff Michael served as the initial director of Central Park NC (originally known as The Yadkin-Pee Dee Lakes Project), and was affiliated with the initiative between 1992-95.  Since then, he has had no formal affiliation with the organization.